Richard Arnold & his beer summit: Why Man Utd fans meeting a credit to all involved

COMMENT: In the end, he went to them. On their turf. In their local. Richard Arnold did something we haven't seen from Manchester United's top brass in years. He actually spoke to the fans directly...

Did Arnold expect the conversation to get out? 100 per cent. United's chief exec won't be surprised by today's headlines, nor disappointed. He'll know this is one occasion when the fans will pore over every detail of Saturday's meeting at the Boot Inn in Cheshire. The headline won't be enough. It'll be what's below that fans will dissect in every detail. And Arnold, by approaching things head on, has come away with reputation enhanced. Here was United's top man breaking things down to a dozen fans on a sunny afternoon. No flowery language. No PR spin. Arnold looked those across from him in the eye and told it straight.

For this column, the big story to come from Saturday was Arnold's admission that extra funds are needed for the stadium and training ground.

"For the future, for investing in a new stadium and that sort of stuff, for a £250m training ground, we've got to do something, we've got to get investors in," he said.

“I need that to do what I want for the club — I've got to have more cash than I have now."

Read between the lines and it sounds like Arnold is preparing fans for naming rights deals for both Old Trafford and Carrington - and that's if they choose to stay and renovate. As he says in another soundbite, United have "f***ing burned through cash. We spent a billion pounds on players, we spent more than anyone in Europe". But with no results showing at the end of such outlay, there's not the funds available to upgrade the stadium and training centre on the club's terms. It does appear United are set to follow Manchester City's lead regarding the Etihad stadium and Etihad campus.

For this column, that's a headline. That's breaking news. Though the big story to come out of this summit was simply that it happened. For United fans - and anyone simply interested - it is worth your while taking a look at the clip that's been doing the rounds. As we say, as much as the headlines this morning suggest something bombastic, it was simply a group of men speaking in every day language. It was a calm, good faith conversation between a club chief exec and a random group of supporters... Something very rare in today's FC Corporate football culture. 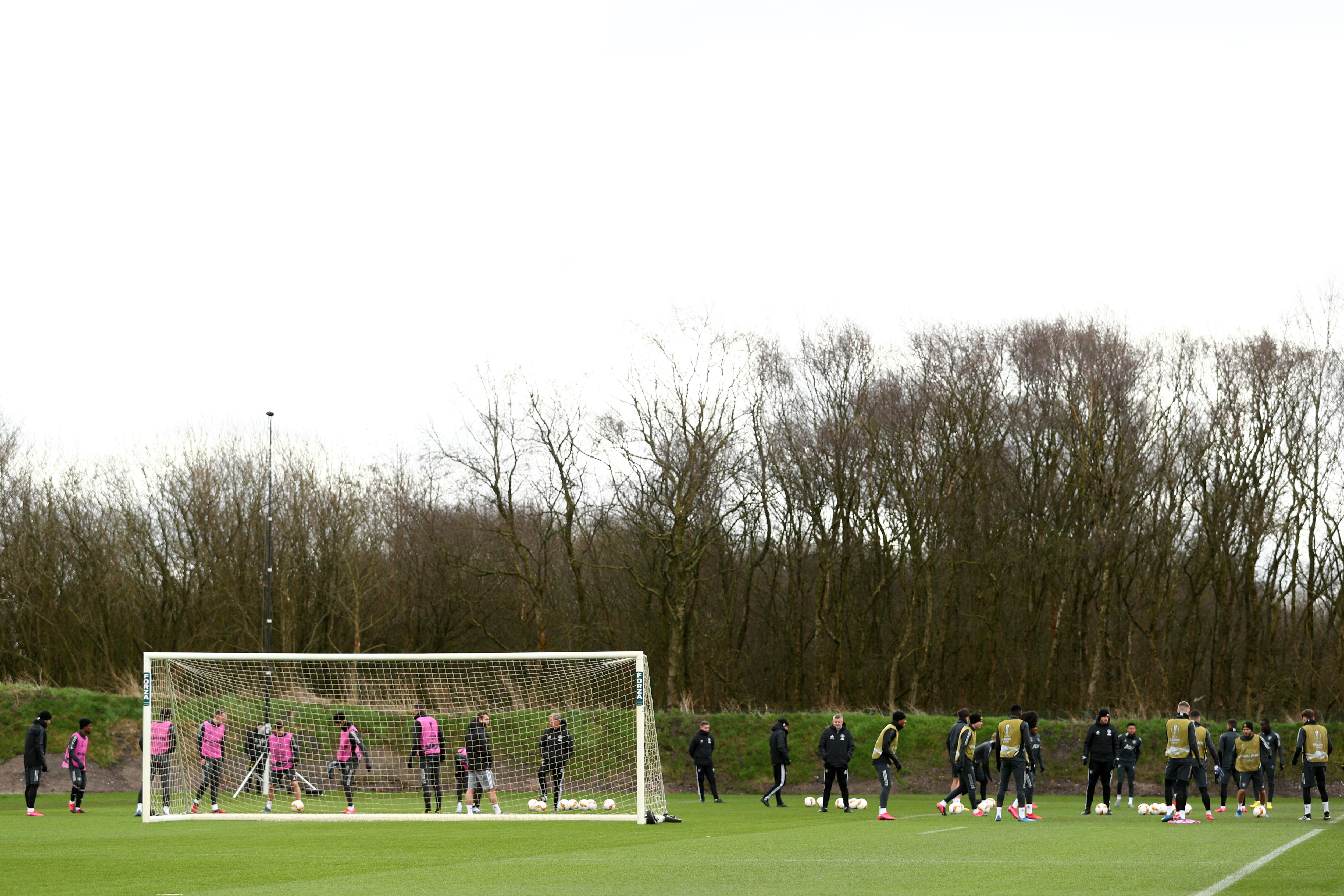 United at their Carrington training centre

Indeed, you only have to contrast what you see in the clip to a later response from a club spokesman to recognise how rare - and real - this meeting was.

“Richard heard that a group of fans had gathered in a pub near his house," said the United rep after the club was approached by Sky Sports.

“He went to meet them, bought them all a drink, listened to their views, and explained what the club is doing to deliver success on the pitch, improve the stadium, and strengthen engagement with fans."

Spin. PR. If we hadn't seen the clip. If the quotes had come from second- and third-hand sources. It would've been dismissed as just another 'outreach' exercise with a select group and hand-picked 'official' supporters. But this meeting was the complete opposite.

It was a reminder that football clubs aren't corporate entities - at least they shouldn't be. They're made up of every day people, supported by every day people, and united by the goal of seeing their team successful.

Arnold was eager to highlight United's England pair Marcus Rashford and Jadon Sancho and the struggles they experienced last season. They weren't suddenly bad players or poor signings. There were reasons for their slump.

“A lot of our players are young and they came back after a torrid time at the Euros. Rashford and Sancho... the abuse they got," insisted Arnold. “They came back to a difficult season with the crowd on them.

“I'm not surprised their confidence is shot. I want to put us back together as a club and pulling to be successful.

“I'm going to do my bit and make sure the money is there — that's all I can do."

Indeed, Arnold made it clear he was United's chief exec. Not the football director. Nor the manager. As we've heard from inside the club, Arnold is a delegator. He'll put the best people in their positions and let them get on with it. Just as his message was regarding John Murtough, the club's football chief.

“This summer, the money that the manager and director of football wants is there. There you go John, get on with it," said Arnold before significantly harking back to his predecessor, Ed Woodward, “Do you want me buying the players? Doesn't that ring a bell?"

A one-off? Let's hope not. Indeed, it would be welcome across the Premier League if more such impromptu summits were held between club management and the average fan. Some clubs are trying, though more often than not the perception remains of something scripted rather than authentic.

But United fans certainly saw something authentic on Saturday - and that's to the credit of all involved at the Boot Inn. For when you break it all down, football clubs are all about every day people.