Rice vs Ahmedhodzic: Why whatever happens Lampard & Chelsea will get their man

COMMENT: You didn't think it was over, did you? Chelsea's spending. Frank Lampard's spending. There's still problems to be fixed. Solutions to be found. And from what's buzzing across Europe, we can say the latest target is a particular type of defensive player - with the aim of signing him ideally for January...

The similarities are uncanny. You could even say ridiculous. But it leaves Chelsea fans in no doubt what their manager is thinking. He wants a particular type of midfielder. A ball-winner. A powerhouse. Six-foot plus. But also capable of playing at centre-half.

Declan Rice is one. Another is Anel Ahmedhodzic. Both have been linked with Chelsea this past week in the English and Swedish press. And when you dig a little deeper, it's clear Lampard has sent out his scouts with absolutely precise requirements for what he wants in January: a versatile, youthful, physically imposing defensive midfielder, capable of not only playing as a centre-half, but also launching attacks from the back. Lampard wants a greater physical presence in his midfield - and a greater flexibility within his squad. In Rice or Ahmedhodzic, he'll get just that.

Lampard's pursuit of Rice is well storied. He was still a Chelsea player when Rice, at 14, was dumped by the Blues. But he, like former teammate John Terry, now assistant manager of Aston Villa, kept an eye on the player as he made his way through the West Ham United system.

Lampard is a firm fan. He's having to battle some cynics inside the club about bringing Rice back to Cobham. But it does appear he's winning them over. A deal, dependent on raising money from selling unwanted fringe players, couldn't be put together over the summer. But this week it's emerged Lampard has Roman Abramovich's backing to try for Rice in January. Chelsea's owner, so encouraged by the way they've started the season, is willing to put his hand in his pocket again. And if we get to the New Year and Rice has continued to resist overtures from the West Ham board about new contract talks, Chelsea will test their resolve with a cash bid.

Lampard primarily sees Rice as his 'sitter' in midfield. But has also talked up the England international's background as an up-and-coming centre-half during his trainee years. This is one of the final pieces of the jigsaw he and Abramovich are putting together. But the answer doesn't just begin and end with the former Chelsea junior. 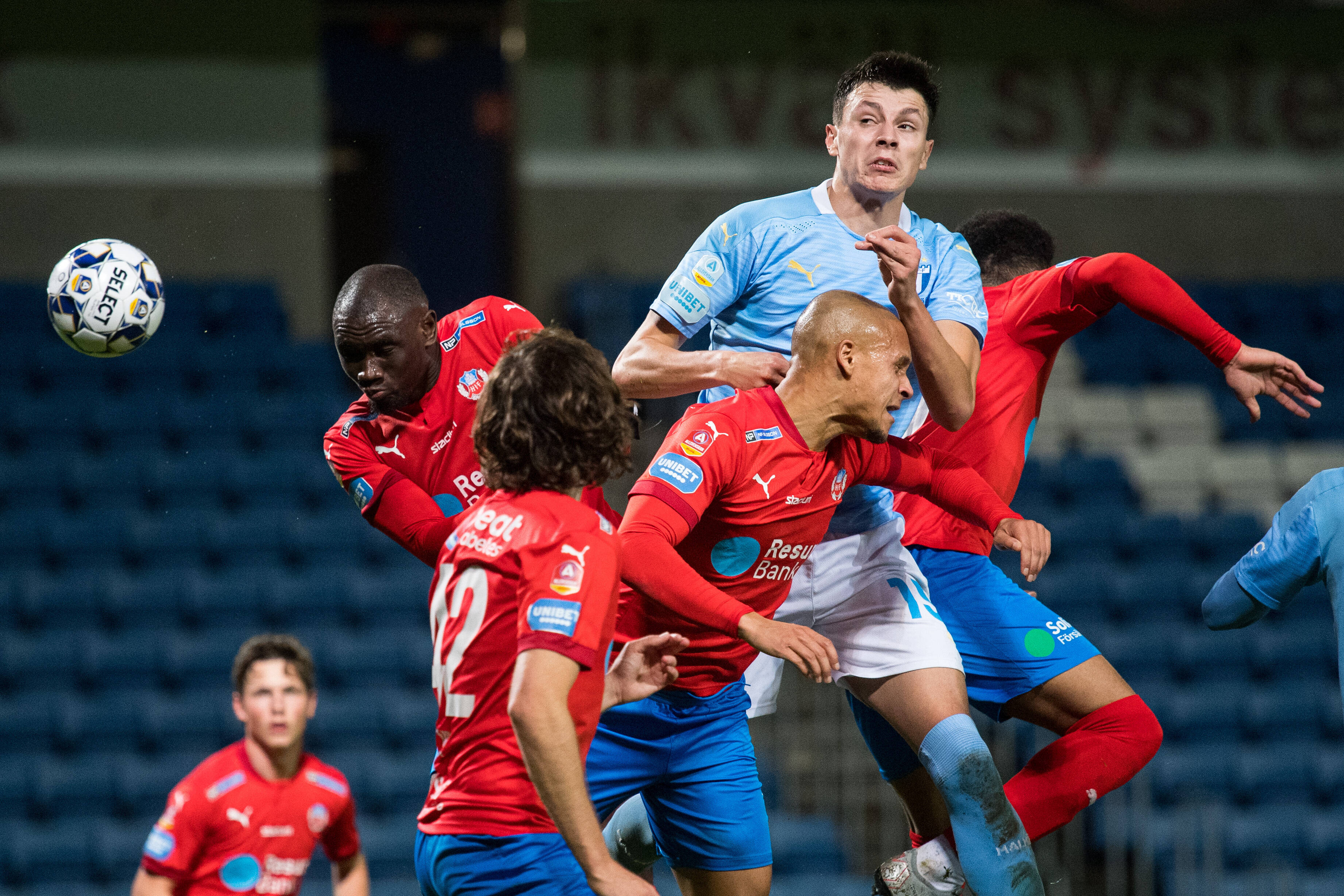 In Sweden it broke last weekend that Chelsea were in contact with Malmo FF for their young defensive utility Anel Ahmedhodzic. Indeed, negotiations are already at a stage where intermediaries are convinced an €8m offer is about to be submitted ahead of the January market.

Like Rice, Ahmedhodzic is 21 years of age. He stands at 6ft 4in. Can play at centre-half or in midfield. And is known as much for his passing as his tackling and defensive qualities. But the similarities don't end there...

Also like Rice, Ahmedhodzic suffered rejection as a teen. Originally snapped up by Nottingham Forest from MFF's academy as a 16 year-old, the stopper never managed to make it at the City Ground and eventually returned to his hometown club three years later.

And also like Rice, Ahmedhodzic has caused upset on the international scene. Where Rice would be capped by the Republic of Ireland before fully committing to the Three Lions, Malmo born-and-raised Ahmedhodzic would reject Sweden after turning out for his one appearance in January to pledge his future to Bosnia & Herzegovina. A decision that hasn't gone down well with the Swedish FA.

"I have full respect for that, but I think it's unfortunate," says Sweden coach Janne Andersson. "I would have liked him to choose Sweden and I think we have shown that we wanted to invest in him.

"You might think that only we are affected, but that is not the case. We want to raise the issue internationally because there must be more people who think like us.

"When you are of age, I can think that you should perhaps be able to choose. This discussion should definitely be on the table."

Where Rice and Ahmedhodzic do differ is experience - which is reflected in their respective valuations. For Rice, Lampard would be getting a proven Premier League player and England international. And an asking price of £50m-plus isn't over the top given current market standards.

In Ahmedhodzic's case, even at €8m, it's still a gamble. This year has been a rush - an explosion - for the youngster's career. Shuffled off to Denmark and Hobro last season, it's only been this term, under new MFF coach Jon Dahl Tomasson, that Ahmedhodzic has been allowed to establish himself in the Allsvenskan. And to be fair, he hasn't looked back.

"He is a fantastic player and I think he has developed enormously under me," declared Tomasson, who like Ahmedhodzic had a difficult time in England at Newcastle United. "We encourage him to try things in games. To hit long passes. If one doesn't come off, that's no reason not to try again. We push him to always keep trying."

Chelsea aren't alone in their admiration. AC Milan, another of Tomasson's old clubs, are also interested and like the Blues are exploring the prospect of taking on Ahmedhodzic in January.

"If I get affected in any way, it's just from a positive perspective," said Ahmedhodzic this week. "I don't go around thinking about it actively, but it's fun that such big clubs are interested."

With less than 50 senior games under his belt, Ahmedhodzic is a gamble. But he fits the requirements set out by Lampard. Chelsea's scouts have seen something in the Forest reject. As has Paolo Maldini and his team at Milan. Like at international level, the newly capped Bosnia international could find himself needing to choose again in January.

But whatever happens. Whether it's Ahmedhodzic or Rice. It's clear from this week's chatter that Lampard and Chelsea's spending isn't over. And we know precisely the type of player the Blues manager next wants to sign.

Did you really believe this Chelsea spending spree would end on October 5...?