He has the blonde rinse. The pictures on his arms... his neck. But don't let that fool you. If Manchester United do manage to clinch the signing of Antony, they'll be landing a young man of real substance...

Author at 18. Married and a father at 19. A multi-millionaire courtesy of an Ajax contract just months later. Throw in an Olympic gold medal and an Eredivisie title and there's a lot to admire about Antony. Dig a little deeper and there's even more to suggest why Erik ten Hag is so determined he bring his Brazilian protégé with him to Old Trafford.

Not once. Nor twice. But three times... three times the academy staff at Sao Paulo were ready to cut loose a young Antony as he battled to make his way through the club's youth system. A battle that had included having to bounce from junior club to junior club - for six years - as he waited for a place within Sao Paulo's programme to open up.

"That's what the book is about," says Junior Pedroso, Antony's long time agent, "it's about how he had to behave amongst great players, the successes, the disappointments. He reveals all the details. His feeling. His image.

"He went through all the youth teams (of Sao Paulo). An uncertain time followed. He was almost sent away three times, but each time he was allowed to stay."

Those who intervened to stop Antony being cut loose deserve some type of recognition. The almost three-time reject now stands to rescue Sao Paulo's finances. Should United push through with plans to sign the 22 year-old, Antony's old club will be due a 20 per cent cut of Ajax's fee. With talk of a valuation of between €50-60m now raised, Sao Paulo president Julio Cesares, "we still rely on the sale of our athletes", knows he and his board will be able to breathe a little easier. 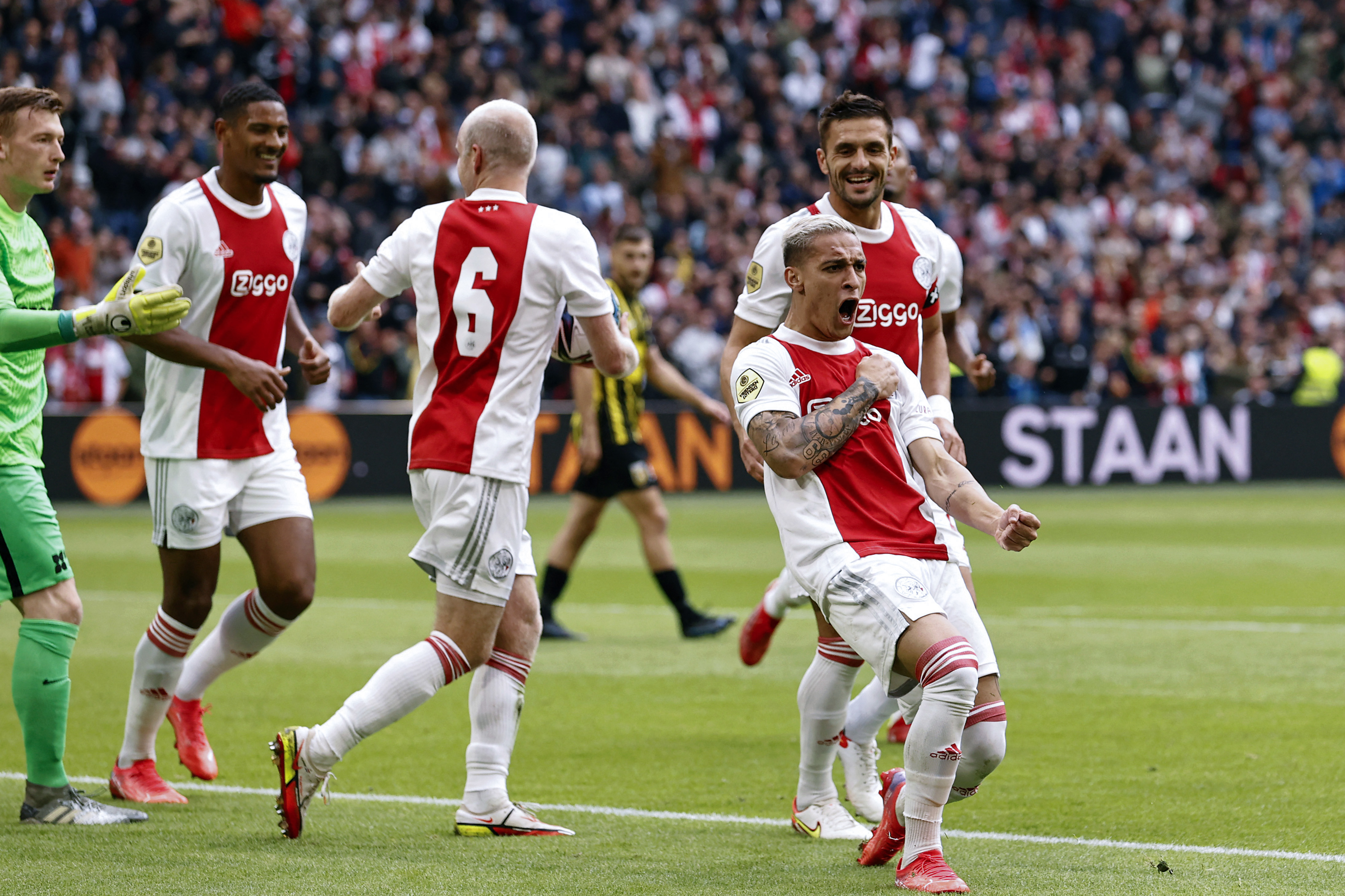 Is he worth €60m? Certainly, Ten Hag believes so. United's new manager having worked closely with Antony these past two seasons, helping develop him from a wide player, "I like to play one against one, as a winger or a midfielder", stated Antony upon arrival; to an outright centre-forward, capable of handling the most physical of European centre-halves, "by getting physically stronger, I know I can score goals better".

Indeed, the physical transformation of Antony under Ten Hag's guidance has helped the Brazilian improve his game. Seven kilos of muscle was added to Antony's frame after 12 months. A further three was built up last season. While Sao Paulo old boy and current Tottenham ace Lucas Moura was his role model growing up, Antony's game is now based closer to goal. Ten Hag will sign him, if all goes to plan, as a striker.

And following Antony and his family's journey to England will be the star of his book, 'Overcoming a real dream'. Larissa, now fully recovered from cancer, was seven years old at the time of publishing. A photo of Antony, with his head shaved, and Larissa posing with a second Copinha won as a Sao Paulo player features in the book. The pair still today exchange messages before every game.

"As small as she is, with the strength with which she fought her illness, she is a huge source of motivation and inspiration for me," says Antony. "When I hold her in my arms I feel the positive energy flowing. She is really in my heart and will always have a place there."

Pedroso also says: "It meant a lot to Antony. After winning the São Paulo Cup, he shaved his head to give her support. Many teammates followed. Antony continued to visit Larissa until he left the club."

The connection with Ten Hag is just as strong. The pair couldn't communicate when Antony first arrived, with his former Sao Paulo teammate David Neres often acting as interpreter. But a bond was immediately struck. For Antony, there's no mystery regarding why his development and profile has skyrocketed since moving to Amsterdam.

"I have been lucky with this club and with this trainer," Antony says. "It does me good when I hear that he often compliments me. My teammates are also full of praise. Then you automatically take a step higher on the field."

Though there is a warning from at least one critic. The Ajax and Dutch great Marco van Basten has routinely taken aim at Antony's game these past two years. Having famously led the line himself at Ajax, Van Basten is yet to be convinced by Antony the striker.

"I have yet to see it from Antony," says Van Basten. "He also made another goal yesterday, where he shoots through the legs of the keeper. If he wants to shoot hard, he always does it with his inside foot. He can't really shoot hard at all. He mostly scores lucky goals or he misses when a good player would score.

"I also find him very sloppy in possession. He often has misunderstandings when he passes to a fellow teammate."

In response, Antony has accepted the criticism. Just like Ten Hag, he knows he's far from the finished article and has much to improve, "I know my finishing can be better. My shooting with my right foot can also be improved."

For everything he's had to overcome. For the support network and the "inspirations" around him. A move to Old Trafford, just as one to Amsterdam, is unlikely to go to Antony's head. With his drive and his determination, Ten Hag knows what he'll be getting with Antony. Neck tattoos n'all.