For Real Betis fans, 2021/22 has been a season to cherish on multiple levels. They have been on the march to their most successful campaign in 17 years, playing scintillating attacking football and making a serious push for a top-four finish and the prize of Champions League football. They are now counting down the days to the Copa del Rey final against Valencia CF in their home city at Seville's La Cartuja.

What's more, their rise up the LaLiga Santander table and to their first cup final since 2005 has coincided with the emergence of several exciting homegrown talents.

Edgar González has slotted in seamlessly at centre-back and defensive midfield in his first full season with the first team, following a successful loan spell at Real Oviedo.

Midfielder Rodri Sánchez, meanwhile, has consolidated his place in the team after a breakthrough season last year, having first joined the club's youth system at the age of 16. He has featured in more than half the team's matches this season, scoring his debut goal in a 2-1 win at Granada CF in September.

Then there is Kike Hermoso, who has only had one first-team opportunity in LaLiga Santander but made the most of it by scoring in a 3-1 win at CA Osasuna, and forward Raúl García de Haro, who initially made his LaLiga Santander debut in 2019 and returned to the first team earlier this month.

Discussing the importance of youngsters coming through, Real Betis sporting director Antonio Cordón said: "It's incredible that so many academy players keep turning out for Real Betis. I think there are many families and players and kids who are born already feeling the green stripes and that makes them want to play for this team. You can see that passion and it's fundamentally important that players want to play for Real Betis from a very young age." 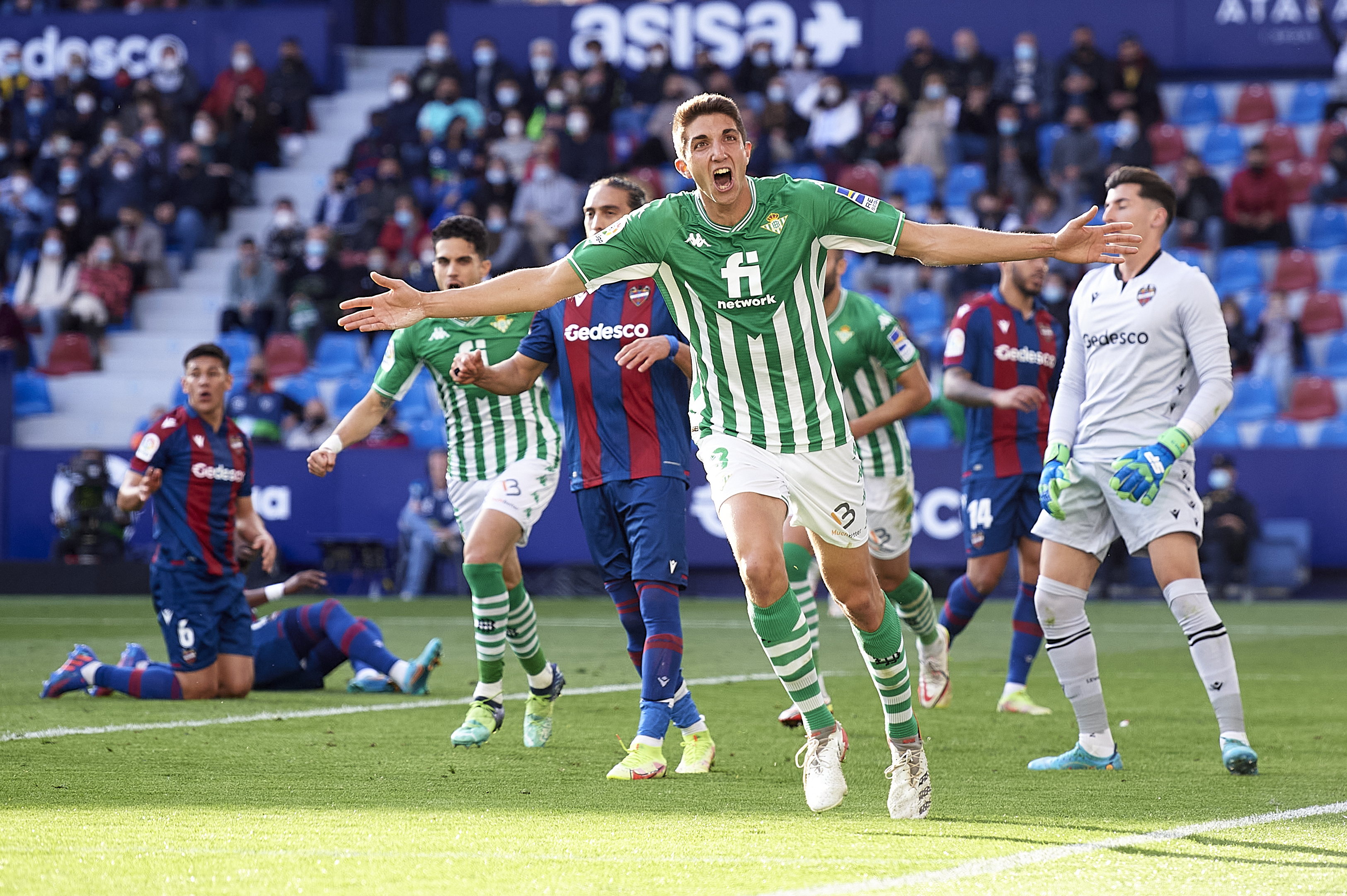 An academy with a proud history of producing talent

The latest crop of youngsters is following in a fine tradition of players who burst through the club's academy and into the first team on their way to stardom. Take current captain Joaquín, who emerged in 2000 and had six glorious years in the first team before making a fairytale return to his boyhood club in 2015, after stints at Valencia CF, Málaga CF and Fiorentina.

In 2014, Fabián Ruiz made the step up to the first team a decade after joining the academy aged eight, shortly after fellow midfielder Dani Ceballos broke into the team aged 17. Fabián is now one of the stars of Serie A with Napoli and a regular in the Spain team, while Ceballos has since gone on to play for Arsenal and Real Madrid.

The trio are bonded by a desire to play spectacular football and make their home city proud, using the club's consistent methodology as a springboard.

As Cordón added: "Our methodology is very important and the people who oversee this methodology are too. Our aim is for Real Betis to be a team with a defined and method. We want to develop an integral way of coaching, where we give priority to using the ball and where players make their own decisions. It's our job to ensure they make the correct decisions." 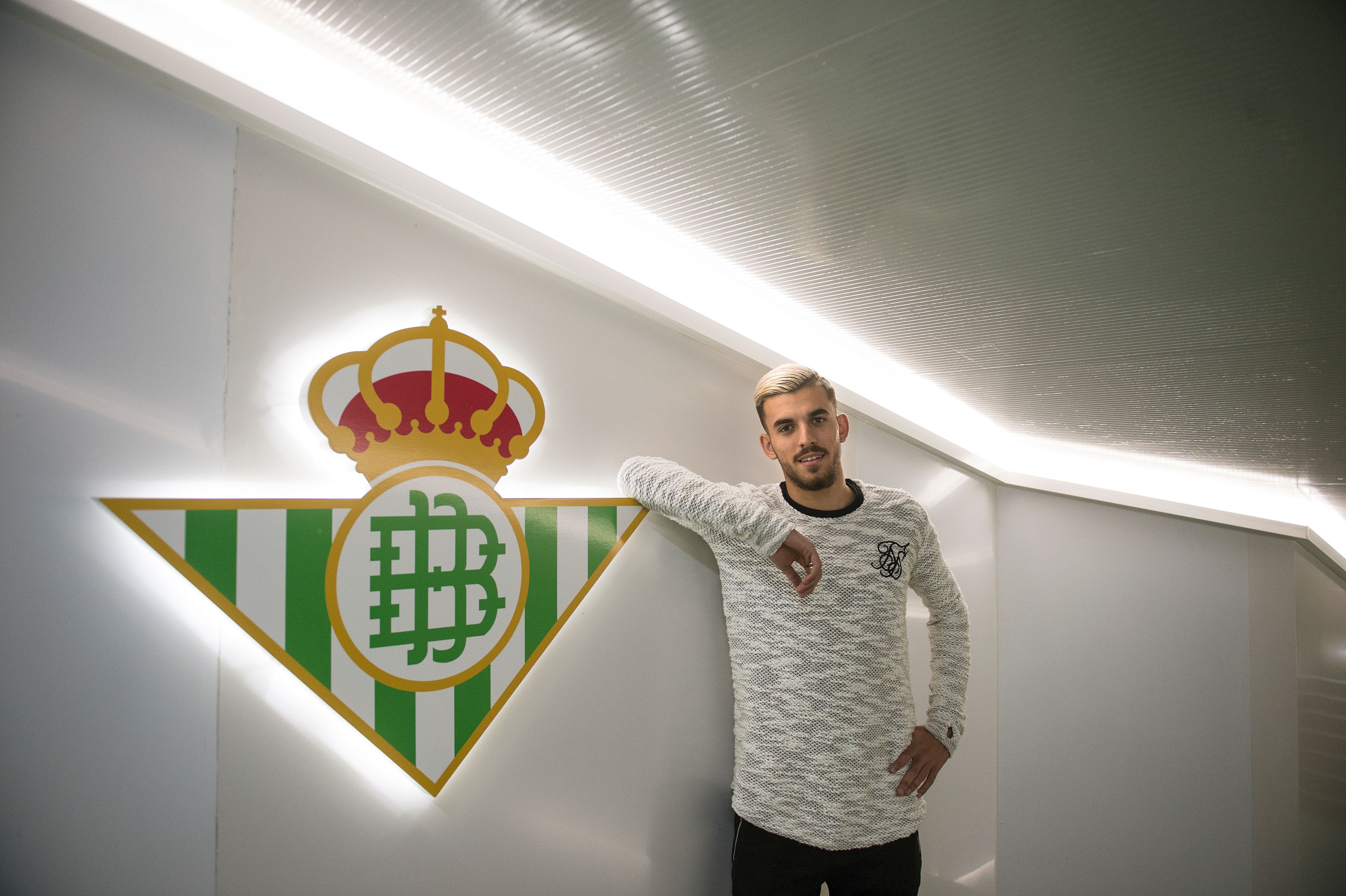 Dani Ceballos while with Real Betis

The future remains bright thanks to Boost LaLiga

Despite their remarkable achievements, those in charge at the club feel that the best is yet to come from their academy, which is about to get a serious makeover. The club have been working on building a new expanded academy since the 2017/18 season and the project is ever closer to becoming a reality, thanks to the Boost LaLiga initiative.

The new complex, due to open in 2023, will boast nine pitches (five grass, four artificial), all of which will be exactly the same size as the Estadio Benito Villamarín pitch to ensure the players will feel at home once they graduate to the first team. There will also be two additional pitches purely for training goalkeepers as well as living quarters for 100 athletes. The ground will be able to host 22 teams, five of which will be women's teams.

Cordón, understandably, is also hugely excited by the new project, stating: "If with only one artificial training pitch and another small one we have managed to produce so many players in the past few years, I can't imagine what we'll be capable of now. I've told the directors and everyone else that this is a ticking time bomb and I think in the next few years we'll see an exponential growth in the number of players being promoted to the first team."