COMMENT: In words. In action. The door has been opened at Everton. For Tom Davies. Indeed, for any of the locals on the fringes of Rafa Benitez's first team, an offer has been made...

Benitez wants a local core at Everton. An English core. He said as much when announcing his leadership group in preseason. And he acted the same in the market - with moves we're only just learning of today. The manager is seeking to develop for the long-term and for him, the best way to do that is by building out from an established local core of players.

They won't all be regulars. Indeed, some nominated by Benitez will have to make do with Cup appearances at best. But it's a sure sign of where the Spaniard wishes to take this Everton team when he nominated those he would be seeking dressing room leadership from this season.

On the eve of the campaign kicking off, Benitez confirmed - after some speculation - that Seamus Coleman would remain his captain for the new season. But beyond the Irishman, the manager also namechecked four Englishman - plus Allan - as a group he was counting on to drive the culture through Finch Farm.

"Seamus was an obvious one because everybody respects him," declared Benitez at the time. “But it is to be sure that you find the right one – not that you are looking for the right one.

“I think Keano [Michael Keane] is someone who has experience. [Jordan] Pickford, he is the keeper but is always trying to help.

“I was impressed and happy with Dominic [Calvert-Lewin]. Allan is someone very vocal.

“We have three or four players who can be there [senior positions] and be important parts of the team."

No real surprises in Benitez's nominees. But it does suggest how this team will be built. It can't be a coincidence that the two major additions of his time in charge thus far are the English wing pair Andros Townsend and Demarai Gray. 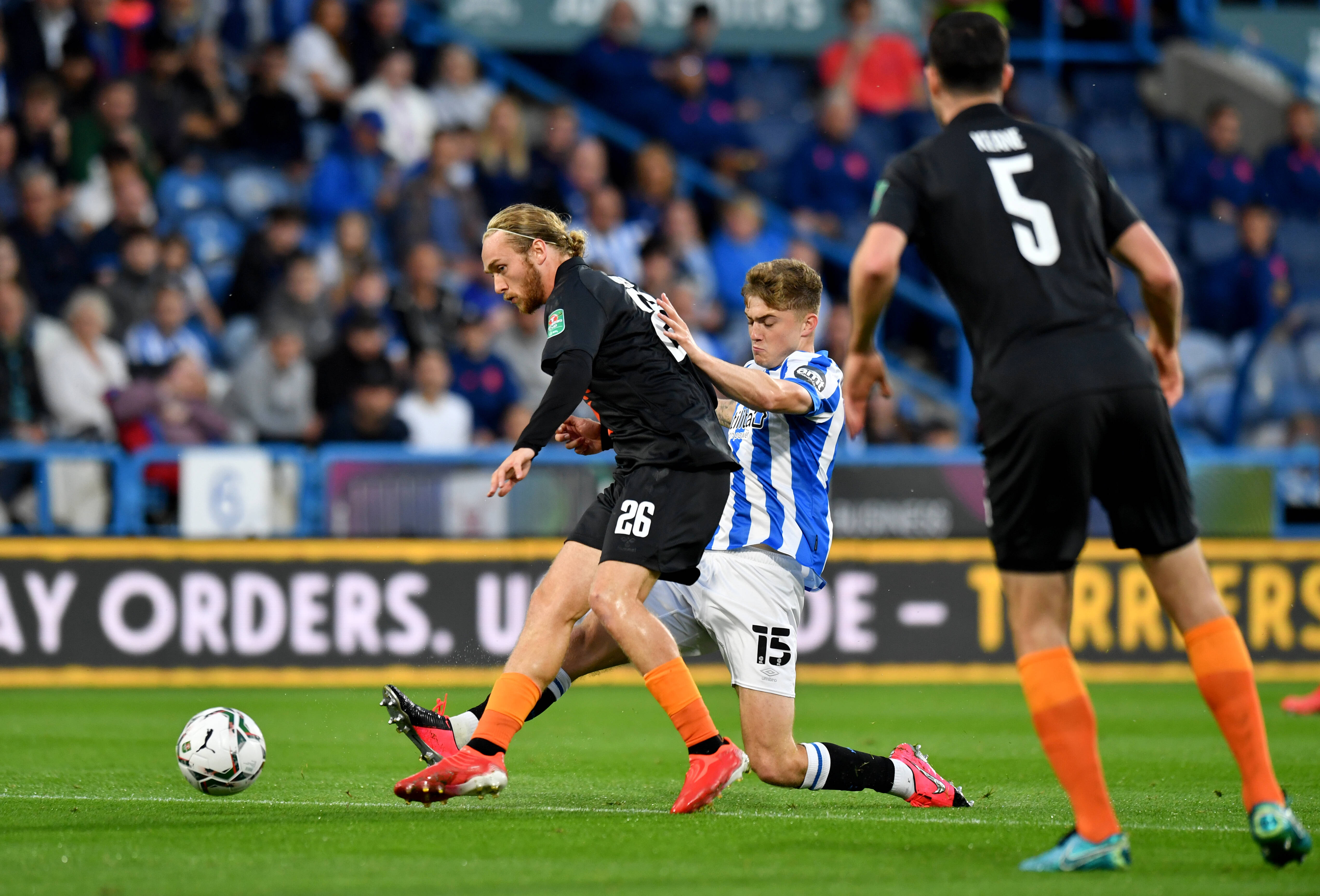 Davies in Cup action at Huddersfield

So in words. In action. The likes of Davies should be encouraged. Indeed, those young players of David Unsworth's U23 team must also be feeling there's a genuine path to the first team. Yes, Benitez will approve signings from abroad, but it's clear he feels best leaning - and relying - upon players with a local connection.

And in that spirit, Davies did himself no harm by playing through the pain barrier for Everton's Carabao Cup win against Huddersfield Town a fortnight ago. Indeed, Benitez was eager to highlight the efforts of Davies and Alex Iwobi (perhaps with James Rodriguez in mind) just this week: “I want to say how much I liked the character and determination of Alex Iwobi when he was hurt against Huddersfield but stayed on the pitch to help his teammates.

“Tom Davies, too, had a problem in his quadriceps but kept working so hard."

That was Davies' only appearance so far this season. And it's going to take a helluva of an effort to break into Everton's midfield on current form. But after being put up for sale this past summer, he's there. His Everton career is alive. And he now has his manager expressing gratitude towards him. After a difficult past year, Davies can still turn things around.

It's now three years since Davies was handed the captain's armband by Marco Silva. Those days seemed long gone last season. But Benitez has left the door open to the now 23 year-old. Indeed, he's almost thrown down a gauntlet.

We know Everton made a major attempt for Sean Longstaff in the final weeks of the summer market. The Blues even offering Davies in exchange for the Geordie. It's also broke just this week that Everton were willing to take the forgotten Harry Winks off Tottenham's hands last month - but not for the £40m they were being quoted. Two bright, young English midfielders - whose careers are in need of a jolt. Remind you of anyone...? Surely Davies has to see this as a personal challenge: 'If them, why not me?'

To be fair, Davies has made the right early moves. Transfer-listed over the summer, he dug in his heels and refused to budge. Carrying a knock for his first competitive appearance under the new manager, he went above and beyond to help the club into the third round of the league Cup. Davies has given himself every chance to find a place in Benitez's Everton.

On paper, he's ticking all the boxes. A local with leadership qualities. A midfielder - an English midfielder - with youth still on his side. He has everything Benitez is seeking.

Under another manager, perhaps one now residing in Madrid, Davies and his Goodison career would be the stuff 'what could've been'. But with this manager. With his words; his actions. A door has been opened.

In the Rafa Benitez era, Tom Davies still has the chance to make good on all that promise he showed six years ago.