Race for the Scudetto - Team of the Year: Inter Milan & AC Milan dominate our selection

Serie A's 2020/2021 season has ended and has issued the following sentences: Inter are Campione d'Italia; Milan, Atalanta and Juventus in the Champions League; Napoli and Lazio in the Europa League, Roma in the Conference League, while Crotone, Parma and Benevento were relegated to Serie B.

To close our weekly column, Race for the Scudetto, we here at Tribal Football decided to propose a selection of the best players, considering role by role, but without making the classic 'Team of the Season' because it would have been impossible to include all the players worthy of note .

Serie A was a lot of fun this year, we had the chance to see many incredible matches and many interesting young players.

Dusan Vlahovic, Giacomo Raspadori, the consecration of Alessandro Bastoni, who became a pillar for Conte, the continuity of performance shown by Gonzalo Villar with Roma, flashes of Dejan Kulusevski's great football, in short, the list is very long, choosing only 11 would have been almost unfair, for this reason we present a selection of players who have grown the most during the season.

In this role there is certainly a boy who has done better than all the others (even if Musso, Consigli, Cragno did well too), but the best goalkeeper can only be Gigio Donnarumma.

22 years of age, captain (former captain, as we write...) of Milan, goalkeeper of the Italian national football team, absolute protagonist of Milan's long run for a place in the Champions League.

Despite the problem of the expiring contract, Donnarumma's performances have always been constant and his saves have allowed Milan to win many difficult games. There is great attention around his future now that Milan have bought Mike Maignan.

It is clear Donnarumma will leave Milan as a free agent, but his season remains absolutely positive. 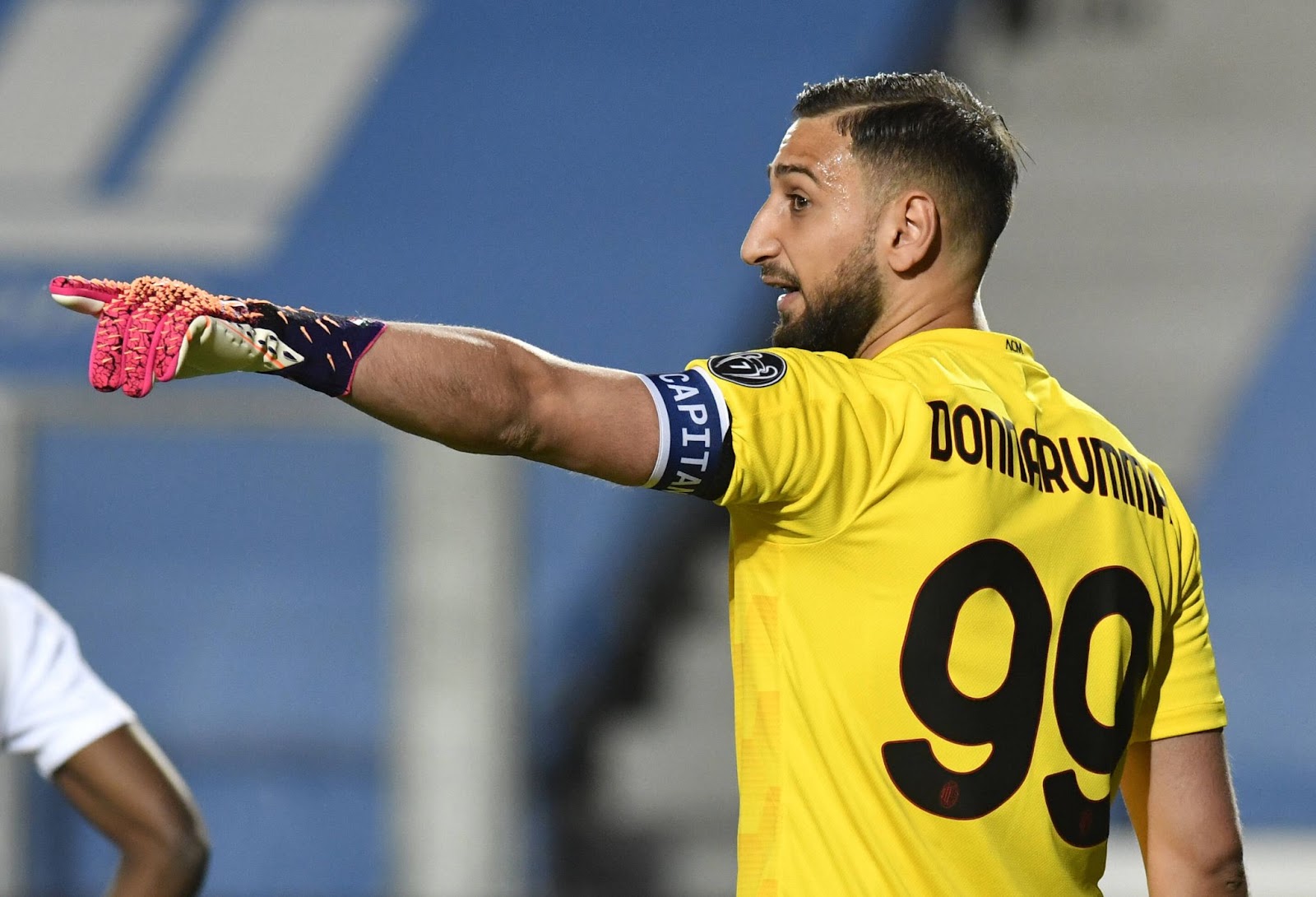 The list of defenders to be awarded would be really too long, so let's reward those who most surprised and those who according to the data were the best.

Impossible not to start with Achraf Hakimi and Theo Hernandez, respectively right-back and left-back of Inter and Milan.

Morocco international Hakimi was one of Conte's secret weapons, so much that he finished the season with 7 goals scored and 10 assists provided to his teammates. Devastating in attack and exponentially grown from a defensive point of view, enough to convince Conte to bet strongly on him.

On the left, the undisputed king was certainly Theo Hernandez, leader of Milan, second in the standings at the end of the season, who managed to score 7 goals and 6 assists in the league, always ready to offer support to his teammates.

An unforgettable season also for Robin Gosens, left winger of Gasperini's Atalanta, a real lethal weapon. In this season he managed to score 11 goals in Serie A (plus 6 assists).

Juan Cuadrado's season is also of the highest level, true leader of the Bianconeri for most of the season, decisive and fundamental player for Pirlo's Juventus, just think of the brace scored in the decisive match for the fourth place, Juventus vs Inter.

Honorable mentions: Rick Karsdorp (finally back to play with great continuity) and Leonardo Spinazzola of Roma, among the few positive notes of Fonseca's team, but also for Simone Bastoni of Spezia, Adam Marusic of Lazio, also employed as central defender by Simone Inzaghi and Federico Dimarco of Hellas Verona.

Among the best we feel we want to reward two young defenders, protagonists of two high-level seasons in which they helped their teams to be the best defenses in the league: Alessandro Bastoni and Cristian Romero.

The first is only 22 years old, having been born in 1999, but he was a real pillar for Inter, also fundamental for building from the back. Bastoni was amazing with the personality he played with.

Romero, on the other hand, born in 1998, has definitively consecrated himself, leading the Atalanta's defense with great courage and intensity. Gasperini's idea of football fits perfectly with his characteristics.

Impossible not to mention other power plants who have become the protagonists of seasons to remember, such as Simon Kjaer (one of his best seasons ever, if not the best), Stefan De Vrij and Skriniar, Gian Marco Ferrari (who has earned a pre-call in Mancini's Italy) and Gianluca Mancini, despite the defensive phase of Fonseca's Roma was always poor, to say the least. 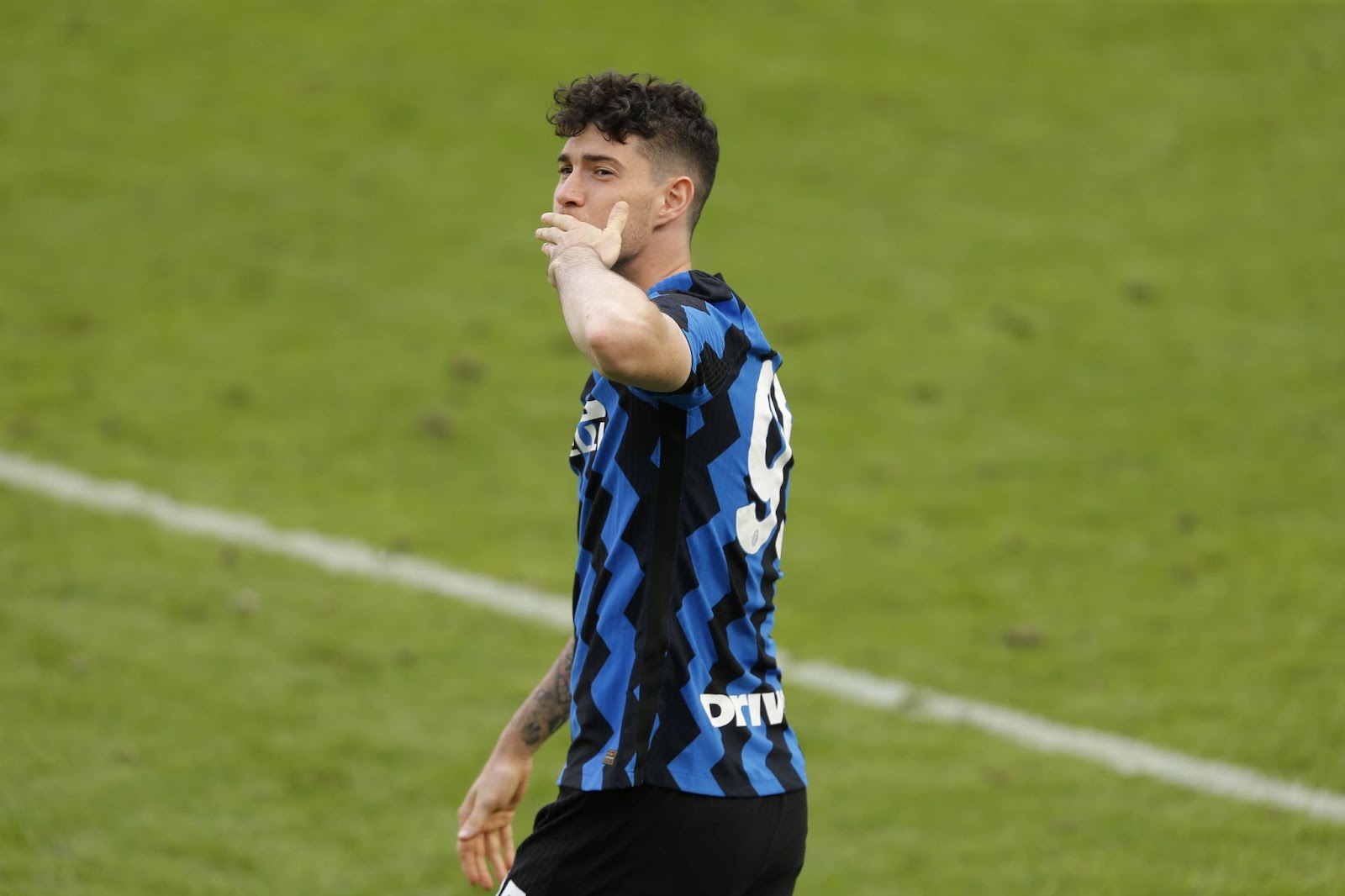 In this role the list would have been too long and a single article would not be enough to honor every good midfielder. The player who had the greatest growth was undoubtedly Rodrigo De Paul, absolute leader of Udinese.

This year the Argentine midfielder put the entire team on his shoulders and played his best season. At the end of the season he will leave for a bigger team, but he leaves with 9 goals and 10 assists in the league and in all probability also with a substantial capital gain.

Great season also for Franck Kessie, Ivorian midfielder, real pillar of Stefano Pioli's Milan. Backbone of the team, decisive in defense and also in the offensive phase, with 13 goals (11 from penalties) and 6 assists. Truly top-notch season.

Among the best is also Nicolò Barella, champion of Italy and tireless engine of Conte's Inter, an inexhaustible player, probably one of the most important players of the Nerazzurri.

Top-level season also for Manuel Locatelli and Remo Freuler. The first is the real brain of De Zerbi's Sassuolo (now at Shakhtar) and he is already sure of going to the European Championship with Mancini, while the second is now a certainty for Gasperini's Atalanta, thanks to an excellent mix of quantity and quality, good at attacking and able to balance the team.

The list is inevitably led by Ruslan Malinovskyi, who in Serie A scored 8 goals and 12 assists in 1880 'of play, truly impressive numbers.

Nobody expected such a performance from him, but he was one of the best players in the league and one of the most decisive players for third-placed Atalanta and a finalist in the Italian Cup. Great season also for the Romanists Lorenzo Pellegrini and Henrik Mkhitaryan.

The 25-year-old Giallorossi captain played the season of consecration, scoring 7 goals and 6 assists in the league alone and being the best of his team seven times, leading the team with great character despite the captain's armband inherited from Dzeko during the current season (for quarrels with Fonseca) and playing often injured.

The Armenian, on the other hand, scored 13 goals and gave his teammates 11 assists, in what was certainly his best season in recent years. One of the most important men for Paulo Fonseca, despite a bad season for the team. 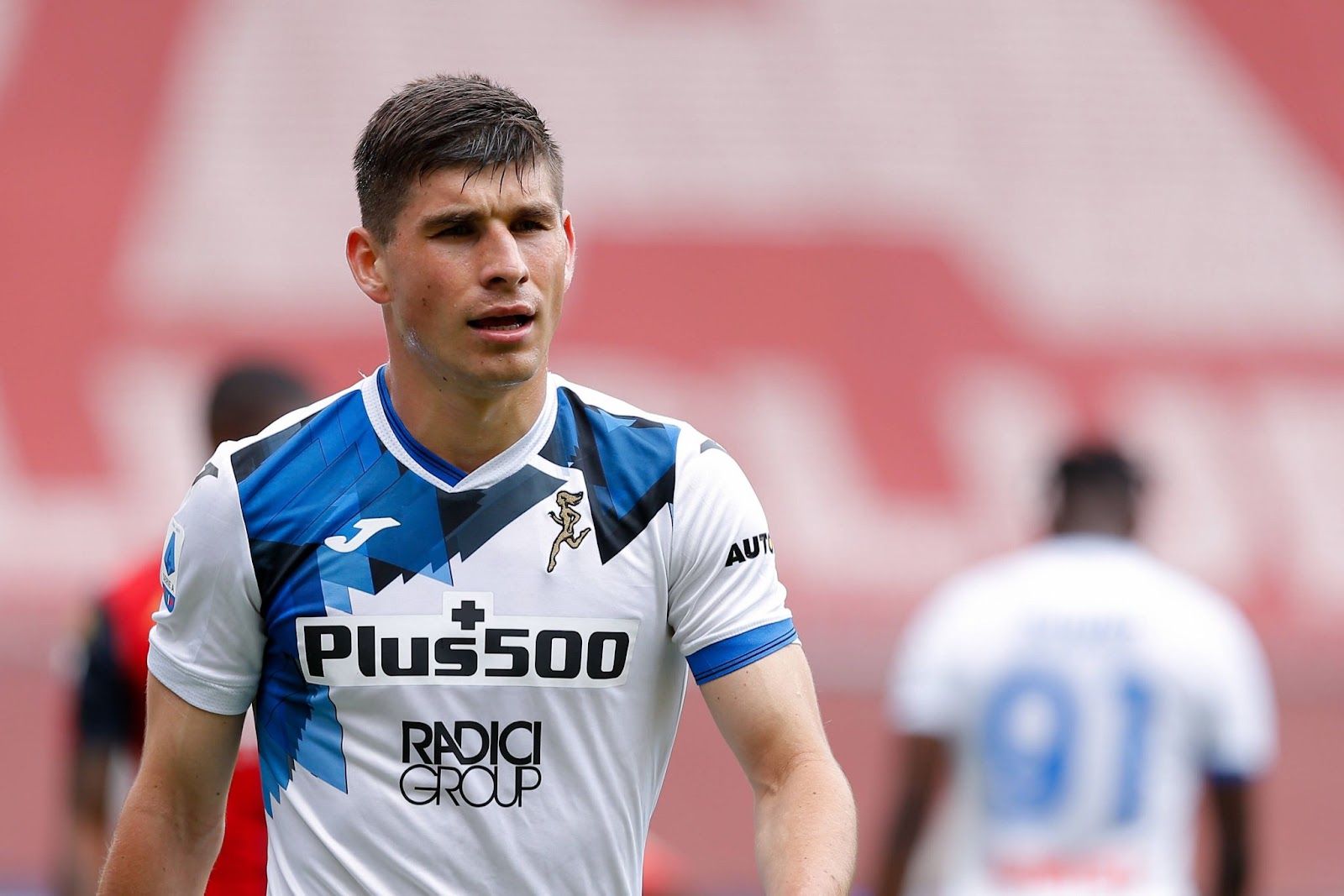 Another protagonist of the season was Hakan Çalhanoğlu, unfortunately held back by various physical problems, but still decisive with 4 goals and 9 assists and above all an average of three key passes per game. No one did better than him in Serie A, in this statistic.

Also noteworthy is the first part of the season of Mattia Zaccagni of Verona, whose performance however dropped along with that of the team in mid-season.

They are not two attacking midfielders, because they play near the touchlines, but Lorenzo Insigne, Federico Chiesa and Domenico Berardi also played high level football.

The Napoli captain was the light of the team and scored 19 goals and 7 assists, always a protagonist, despite the excessive criticism of some of his fans.

Federico Chiesa felt a lot of pressure, but the winger was often decisive, in the season he scored 9 goals and made 9 assists, despite Pirlo's Juventus struggled quite often.

A good season for Domenico Berardi too, who almost brought Sassuolo into the Conference League (only the goal difference prevented the neroverdi from going to Europe), thanks to 17 goals and 8 assists.

Cristiano Ronaldo and Lukaku are undoubtedly the two best forwards of Serie A 2020-2021, respectively with 29 and 2 assists and 24 goals and 10 assists.

The big difference lies in the fact that the Belgian allowed Inter to win the Scudetto, playing in a dominant way, representing the real key to the game of Antonio Conte, now a former Nerazzurri coach.

Having to choose only one number 9, it would be impossible not to choose Romelu. Ronaldo's numbers don't lie, but he has often been at the center of discussions.

The one who has certainly surprised everyone is Simy, striker of Crotone, a team relegated to Serie B, capable of scoring 20 goals, an incredible number of goals playing in a team of that level. He definitely deserves a great chance next year.

It was definitely Luis Muriel and Dusan Vlahovic's season. The first one scored 22 goals in this season, his personal best, taking Atalanta to third place and to the final of the Italian Cup. The second, on the other hand, has definitely put a lot of pressure on him for the upcoming season: there are many European teams interested in Vlahovic, capable of scoring 21 goals with Fiorentina.

Great season also for Lautaro Martinez, who scored 17 goals and represented a lethal duo together with his teammate Lukaku. It was certainly the gold duo of the championship.

Honorable mentions: M'Bala Nzola, Ciro Immobile (20 goals, but a season not up to the previous one, in which he won the golden shoe), Duvan Zapata and Quagliarella, no longer very young but still able to score 13 goals. 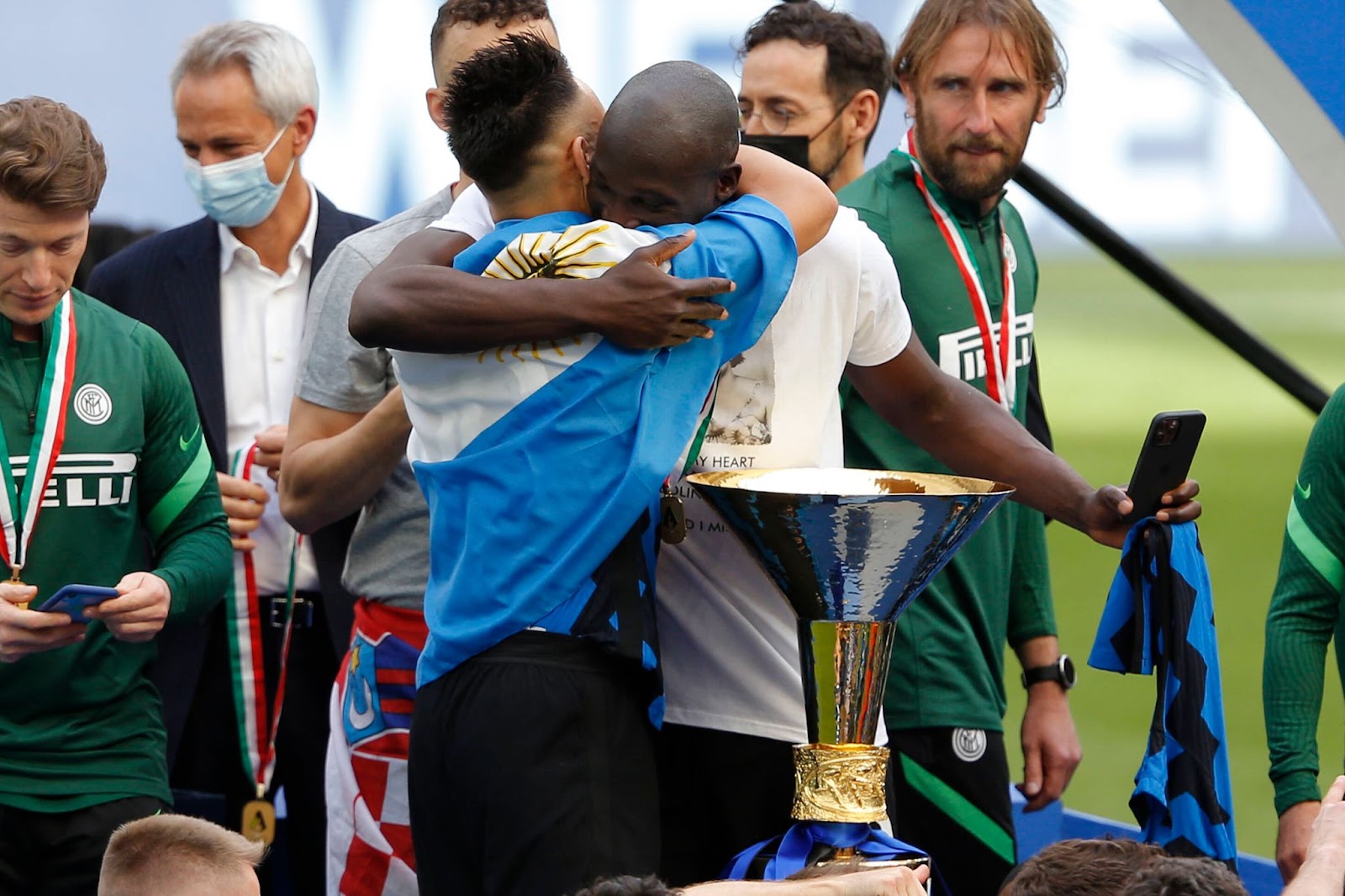