Cristiano Ronaldo bounced back with a hat-trick in Juventus' win over Cagliari and Rino Gattuso led Napoli past his former club AC Milan in the Race for the Scudetto this past week.

There is very little to discuss: the player of the week was undoubtedly Cristiano Ronaldo.

In a few days the Portuguese champion went from the hell of elimination in the Champions League against Porto (a game in which he played badly, so much that he was criticised by the newspapers, he practically never touched the ball) to the paradise of the hat-trick against Cagliari.

Controversial after the goals, with a gesture of "what did you say?" to the camera, with the refusal to speak to the media at the end of the match, even.

The Portuguese ace did not like the criticism he received for his performance in the Champions League. Criticisms that are justified, however, if we think about how much the 36-year-old cost the Juventus club.

This is why for days in Italy there has been talk of a possible return to Madrid of Cristiano, but CR7 responded on the field to all the criticisms as soon as he had the opportunity. His capital performance allowed Juventus to beat Cagliari, who have begun to score points again since the arrival of Leonardo Semplici.

The Bianconeri are now only one point behind Milan and have yet to recover a match. If Ronaldo plays like this, second place is more than a possibility. 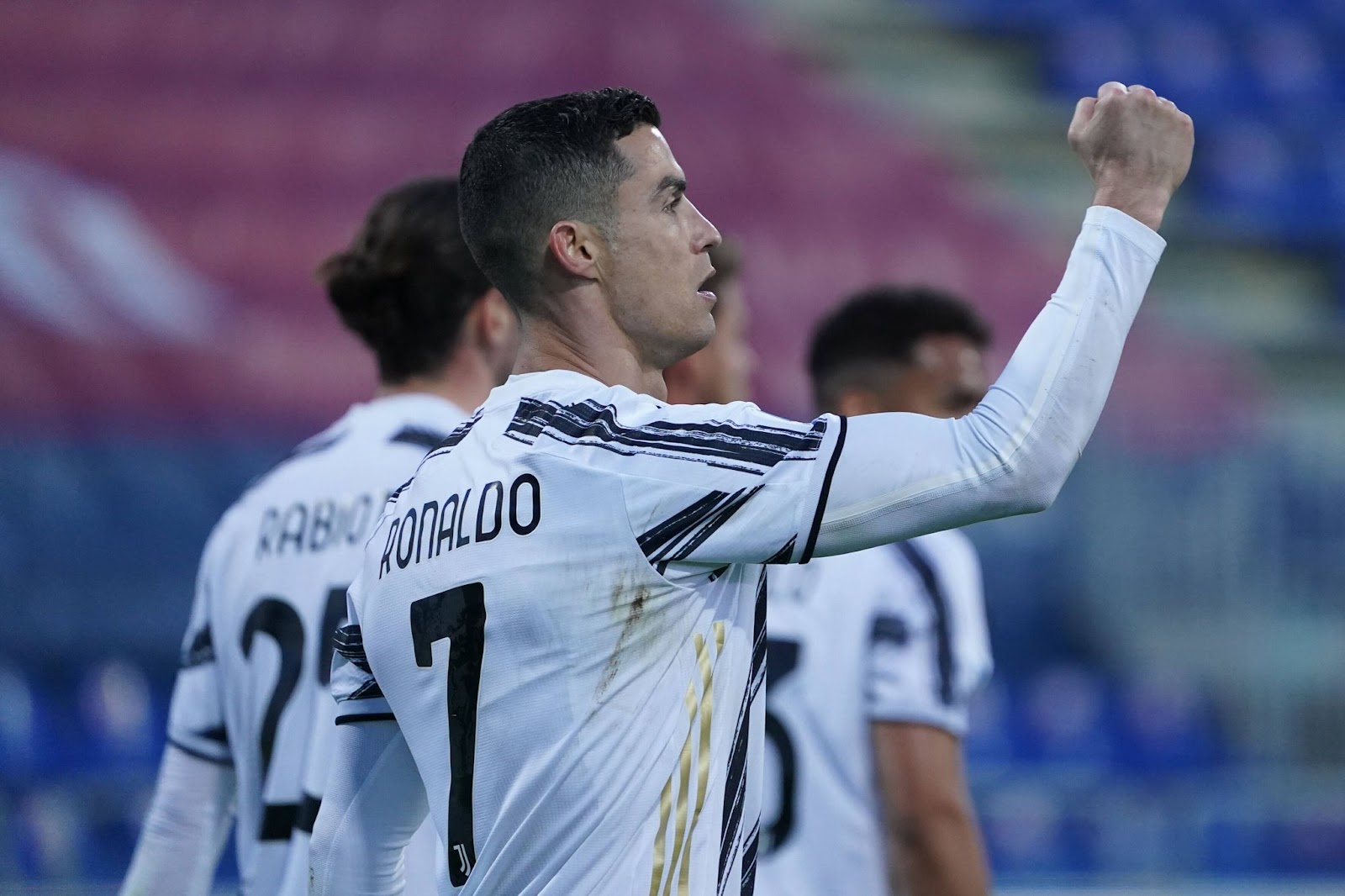 The Fiorentina striker has bagged the other hat-trick of this matchday in Serie A. The Serbian striker (bought from Partizan) is only 21 years old, but is already carving out spaces as a protagonist in the Italian top flight.

This season he has scored 12 goals and is in fact dragging the Viola out of the fight for relegation. The hat-trick scored against Spezia was pure oxygen for the team coached by Cesare Prandelli. One of the goals scored by Vlahovic is a real gem: a stop to follow and a great shot that ended up at the corner of the goalposts.

There are many rumours about the future of the young Serbian striker. Roma seem to be the team most interested in him, but it will probably take at least 30 million euros to get closer to buying him, a very important figure.

A lot of money, yes, but justified by the fact that if at only 21 he manages to be so decisive in a complicated league like Serie A, playing for a club that is struggling not to drop into Serie B, what could he do playing for a big team like Roma?

Great result for Napoli coached by Rino Gattuso, who returns to what for many years was his stadium (as a footballer he spent the most important part of his career in Milan) and leaves with the three points in his pocket.

The Neapolitans managed to give their fans a great performance, solid, convincing, even with good actions. Stefano Pioli's team practically never managed to worry the Napoli defence, who brought home three fundamental points thanks to the counterattack finished by Politano.

Dalot lost a bad ball in the construction phase, in the middle of the field, with a few touches Gattuso's team was in the area to finish the action and hit Donnarumma, who despite the usual big saves was unable to move his hips this time. The Rossoneri are tired, a very long list of injured players (all important players), but this cannot be enough to justify all the points lost in recent times.

Napoli, on the other hand, appear to be growing and has now in fact reached Roma in the standings. Gattuso's team are now fifth, and have yet to recover the big match against Juventus. Discussion that infuriated Roma, because the Serie A decided to change the date just to do the two clubs concerned a favor. Roma's CEO Guido Fienga called the league's decision "ridiculous".

A date had been chosen to recover the match, but given the many commitments of Napoli, the two clubs agreed to move the recovery: Rome on a rampage, which sent a letter to the League. Nothing to do, but the Giallorossi are furious. 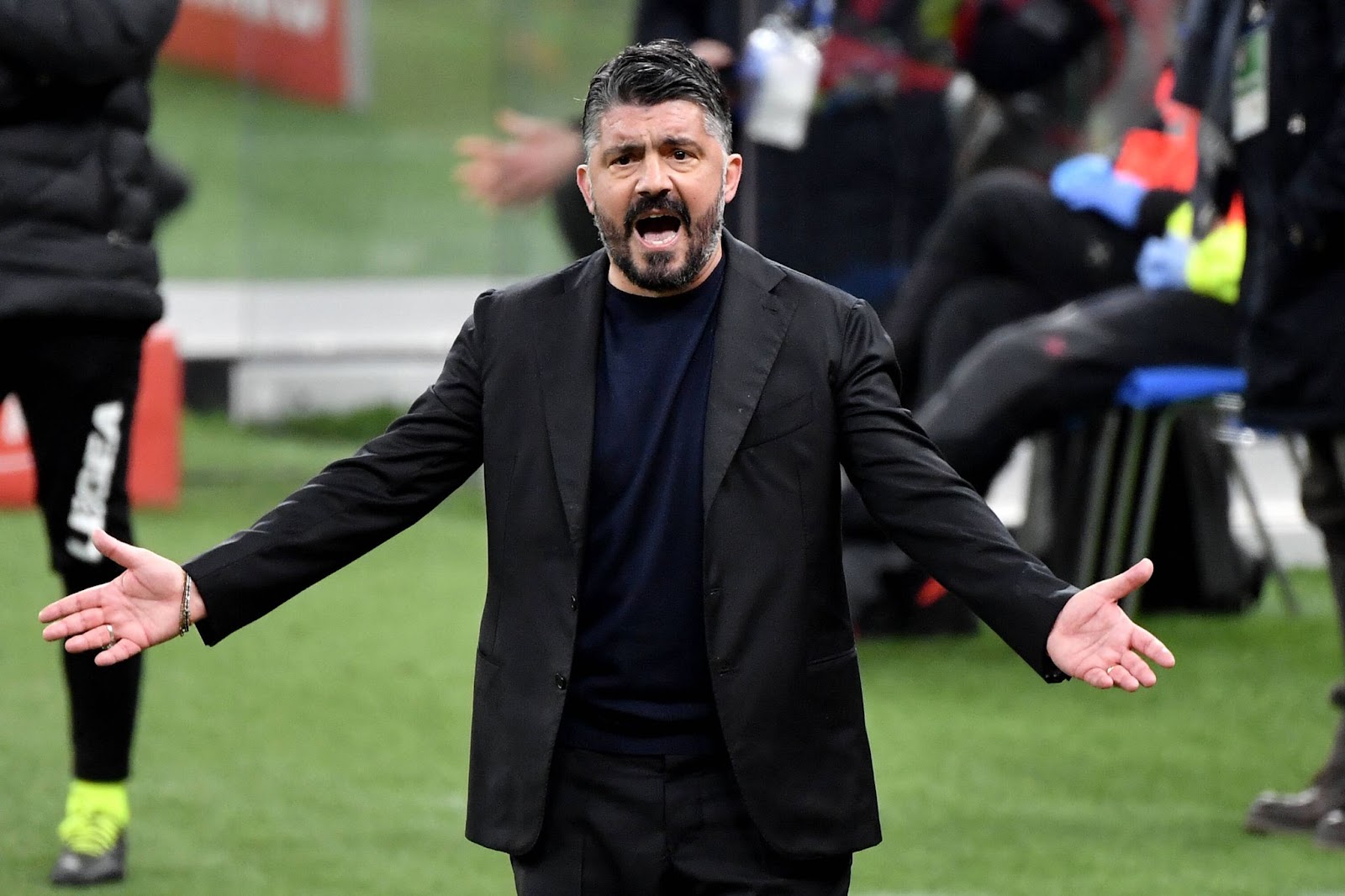 SURPRISE OF THE WEEK

If off the pitch the Giallorossi are raising their voices to ask for more respect from the institutions, on the pitch Fonseca is not helping his team. Roma have only scored 7 points in the last five matches: few, a pittance, if you have the goal of going to the Champions League.

Inevitably, in fact, the classification has become damned complicated and now the final position will totally depend on the direct clashes with Atalanta, Napoli and Lazio. The problem, however, is that Fonseca's Roma have lost almost all of the direct clashes. And it can only be the responsibility of the coach.

Parma had not won in the league since November 30, with a change of coach in between, but managed to get back to three points by beating the now former fourth-placed player in the league.

D'Aversa and his team won despite heavy absences (Kucka, Gervinho, Cornelius) thanks to the outstanding performances of Man and Mihaila, two young talents. Parma had to struggle little, two long balls were enough to uncover the defensive problems of Fonseca's Rome, but regardless of everything now the classification says 19 points and salvation remains far away, but with these 3 points the run-up is restarted.