Man Utd striker Ronaldo: I am a fan of Ronaldo Nazario and Ronaldinho

Tammy has definitely started to show his potential . After the double in the Conference League against Zorya, the English striker also found a goal in the league and a very important, decisive goal, which saw the Giallorossi beat Ivan Juric's Torino and left Lazio and Juventus in the standings.

Jose Mourinho in the last few games has decided to put a player next to Tammy, so as to provide him with continuous support. Nicolò Zaniolo is playing alongside Abraham in attack and the two are in sync, as evidenced by the goal scored against Torino, with a sensational movement of the number 22.

The Special One praised Tammy at the end of the game, saying that he gives everything for the team in addition to scoring goals and it's true. A lot of sacrifice, a lot of pressing, a lot of work for the team and also a lot of bad luck when it comes to scoring, given that in the season he has already hit the woodwork seven times. Fans already love him. 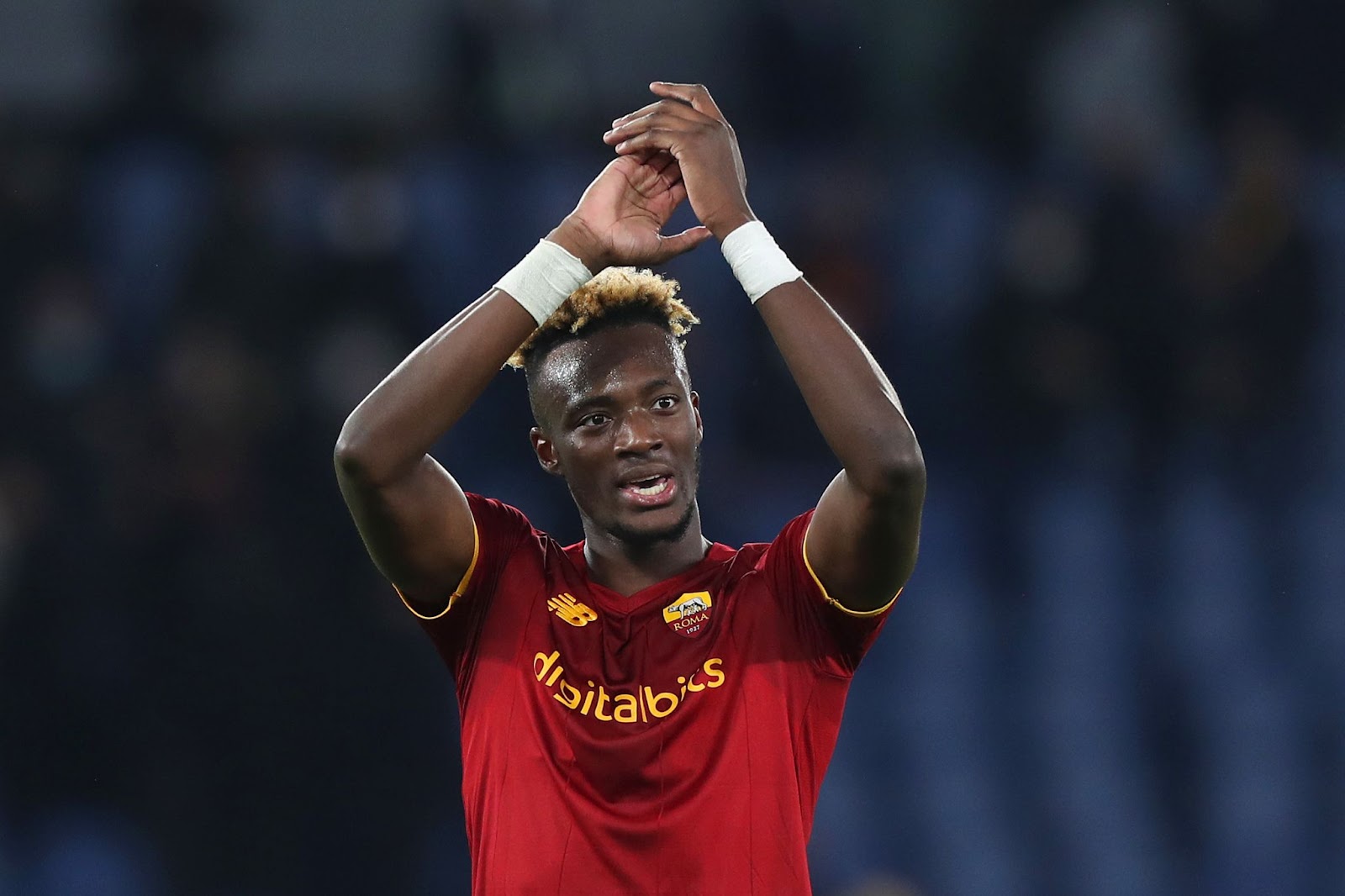 TEAM OF THE WEEK - Napoli

After the missteps comes an overwhelming victory over Maurizio Sarri's Lazio: Luciano Spalletti's Napoli are now first in the standings alone, +3 over the Rossoneri coached by Pioli. Dries Mertens and teammates made up for Victor Osimhen's absence (who will be forced to sit still for some time), but rather they crushed Ciro Immobile and teammates and it was never a match.

At the end of the first half Spalletti's men were already up 3-0, thanks to the goals from Piotr Zielinski and a brace from "Ciro" Mertens (as the Napoli fans dubbed him). The statistics of the match are merciless. 18 shots by Napoli, 6 by Lazio, which with this defeat remains at 21 points. For Spalletti and his team it is an excellent moment in Serie A. First place with 35 points, only 7 goals conceded, advantage over the second.

Surprising result to say the least, despite Sassuolo having always played well against the top Italian teams this season.

The Neroverdil, coached by Alessio Dionisi, surprised Milan by playing a game of great level and high intensity. Gianluca Scamacca's goals, Simon Kjaer's own goal and Domenico Berardi's goal forced Milan to surrender. Pioli has renewed his contract with the Rossoneri club, but his boys have not given him any gifts in the league.

The Rossoneri had also taken the lead, thanks to the goal scored by Alessio Romagnoli (later sent off), but Sassuolo's reaction was vehement and the Rossoneri were no longer able to regain the reins of the match. Bad stumble for Milan, which has so much ground compared to Napoli and begins to feel the breath on the neck of Simone Inzaghi's Inter. 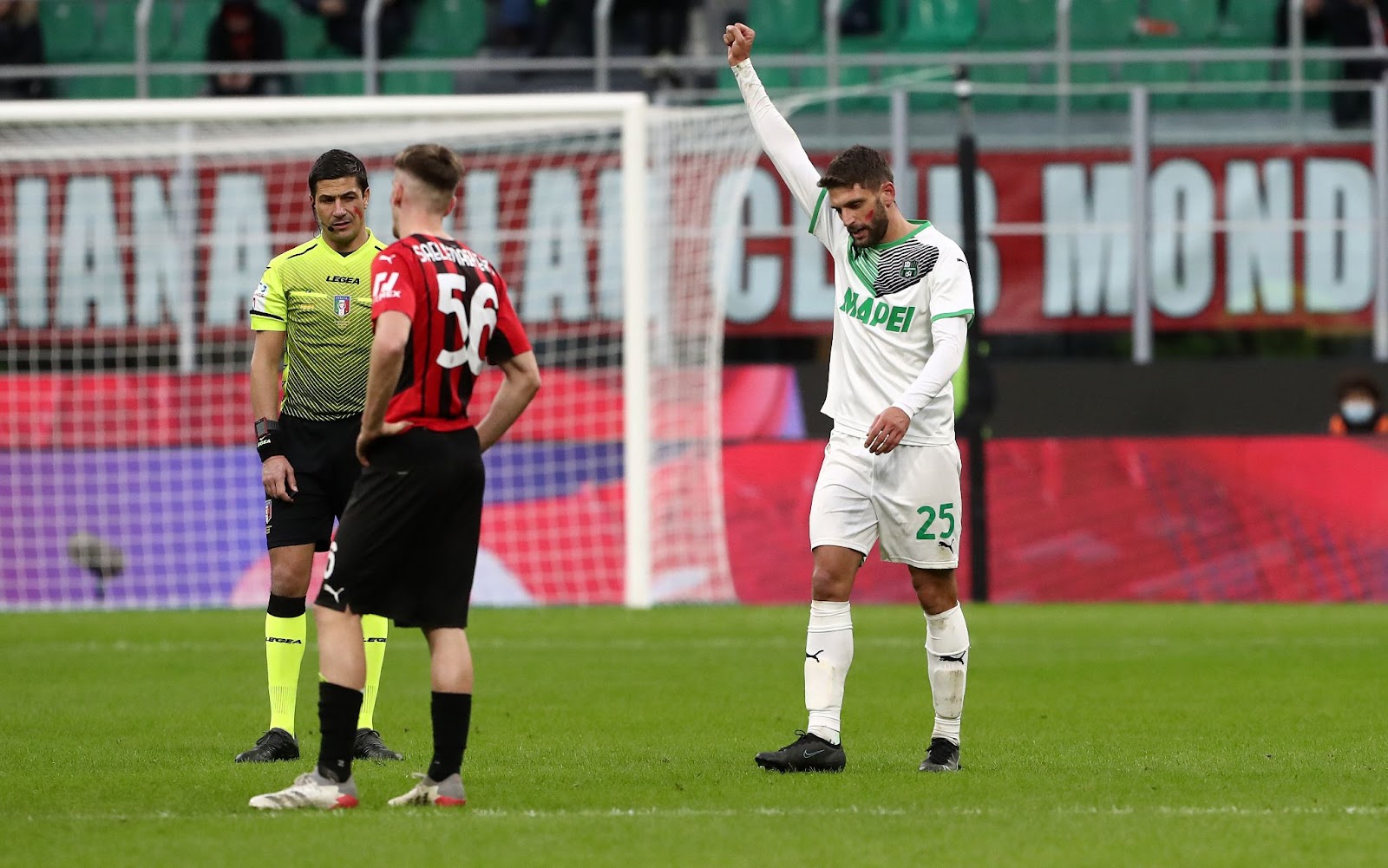 TALKING POINT OF THE WEEK - Juventus and Inter Milan

Simone Inzaghi and Max Allegri. The current moments of the two coaches couldn't be more different than this.

Inter have almost reached Milan in the standings, are third just one point from second place and four points from the first place, have found continuity of performance and play and are in excellent form.

Juventus, on the other hand, is in a moment of profound crisis, both on and off the pitch. On the pitch, Allegri's men continue to lose games, continue to play badly and lose points compared to their competitors for fourth place (minimum seasonal goal), with Atalanta and Roma winning, while bad news arrives off the pitch with an investigation which concerns the club's accounts and some transactions made in recent seasons.

Alvaro Morata is no longer able to score, in the match against Atalanta also Fede Chiesa and Weston McKennie stopped due to injury, the seventh place in the standings (tied with Bologna) begins to weigh heavy on the mind of Allegri, who after the match defended his team, saying that they played well.

Surprising statements, which did not make the Juventus fans happy, increasingly disappointed with the performance of their team.