Napoli definitively misses the train for the top of the standings, Juventus lost two points and Fiorentina emerged as a candidate for a place in Europe. AC Milan and Inter win, while Salernitana returns to victory at the bottom of the table. Let's see what happened in the Race for the Scudetto over the last weekend...

MATCH OF THE WEEK - Napoli vs Roma

It was the big match of this Serie A weekend, with Napoli called to a decisive game against José Mourinho's Roma, which after yesterday's game is at the twelfth consecutive positive result in the league.

In the direct clashes between Luciano Spalletti and Mourinho, there have been 3 wins and 3 draws for the Special One, one of which was just yesterday. The match began with Napoli's advantage, which came thanks to a penalty from Lorenzo Insigne. Roma had started the match better, but a mistake by Roger Ibanez caused the penalty for Spalletti's team.

In the second half, Roma changed rhythm, also thanks to the choice of bringing in Henrikh Mkhitaryan, initially on the bench. Minute after minute the Giallorossi have built up a series of scoring chances, all wasted, one of which with a dubious episode. Nicolo Zaniolo was knocked down by Alex Meret in a very dubious contest, but Marco Di Bello decides not to give the penalty kick.

In the 91st minute, Roma built a wonderful action from his defence, and after five first-touch passes Stephan El Shaarawy finished the action by scoring the equaliser.

The draw is also unfair to Mourinho and his team, who deserved the three points. At the end of the match the Roma coach spoke to the media, furious at the referee Di Bello: "I had the feeling that we could not win this match," said the coach, referring to the many poor decisions made by the referee. All in all, Napoli says goodbye to the Scudetto dream, while Mourinho's team continues to grow. 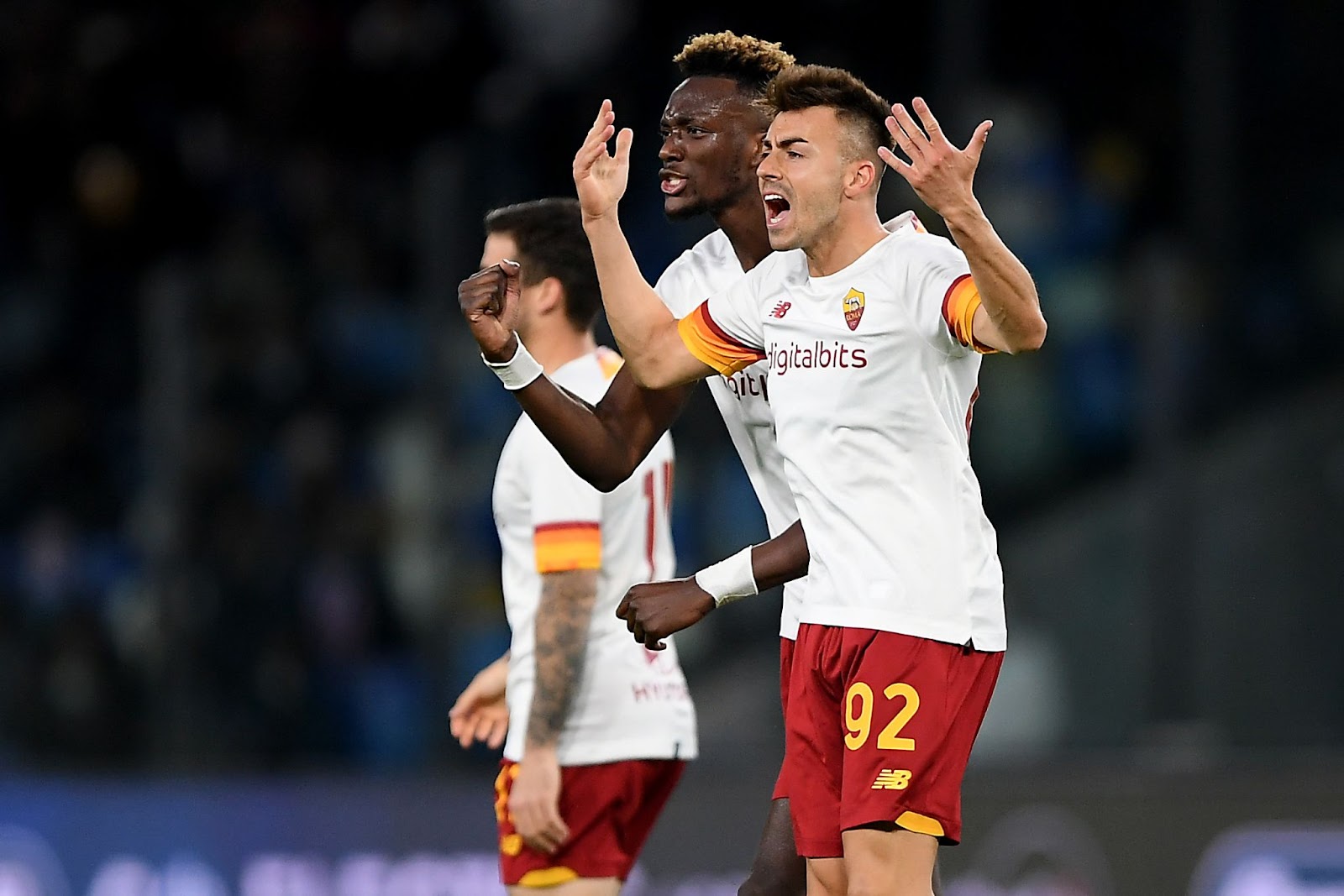 Two 'easy' victories were expected for Juventus and Atalanta, against Bologna and Verona, but a lucky draw and a sensational defeat arrived instead.

Max Allegri's men managed to catch the equaliser practically at the end of the match, after suffering for 90 minutes, and after having risked several times to take the second goal, while Gian Piero Gasperini's team suffered their third consecutive defeat, in a streak of results that is starting to get quite worrying.

Juventus had gone down a goal from Marko Arnautovic, but in the 95th minute they found the equaliser with the goal of Dusan Vlahovic, at this moment the cover man in Allegri's team, with Bologna remaining with 9 men after two red cards.

Atalanta collapsed at home, losing 2-1 and they should even feel lucky about it, as Igor Tudor's team hit 3 posts and could have scored even more goals.

Something has broken in Gasperini's team and there are many rumours that he could leave Bergamo at the end of the year. Congratulations instead to Tudor and his Verona, now three points away from Atalanta. 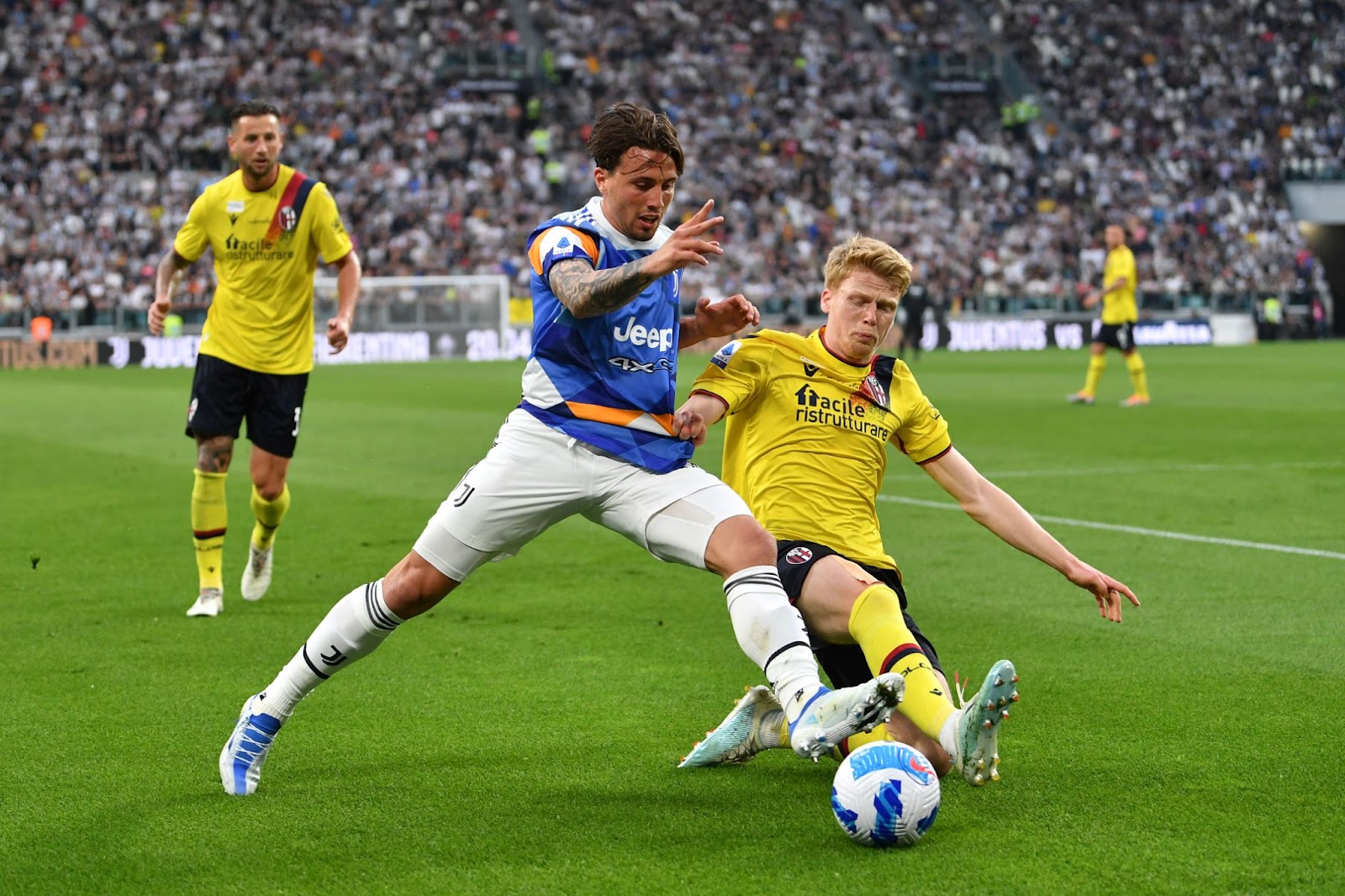 PLAYER OF THE WEEK - Lucas Torreira (Fiorentina - on loan from Arsenal)

The Arsenal loanee has become a pillar of Vincenzo Italiano's Fiorentina, sixth in the standings two points behind Mourinho's Roma. Great merits of the coach, but the Uruguayan midfielder took the cover in Florence and took the team by the hand.

In the league, so far Torreira has scored 5 goals and 1 assist, a really important tally. Fiorentina were good at catching him and bringing him back to Serie A. He is the perfect regista for Italiano's team and the whole team benefits from his presence on the pitch and his personality, but also from his qualities in dribbling and dynamism. One of the true leaders of Fiorentina, without any doubt. 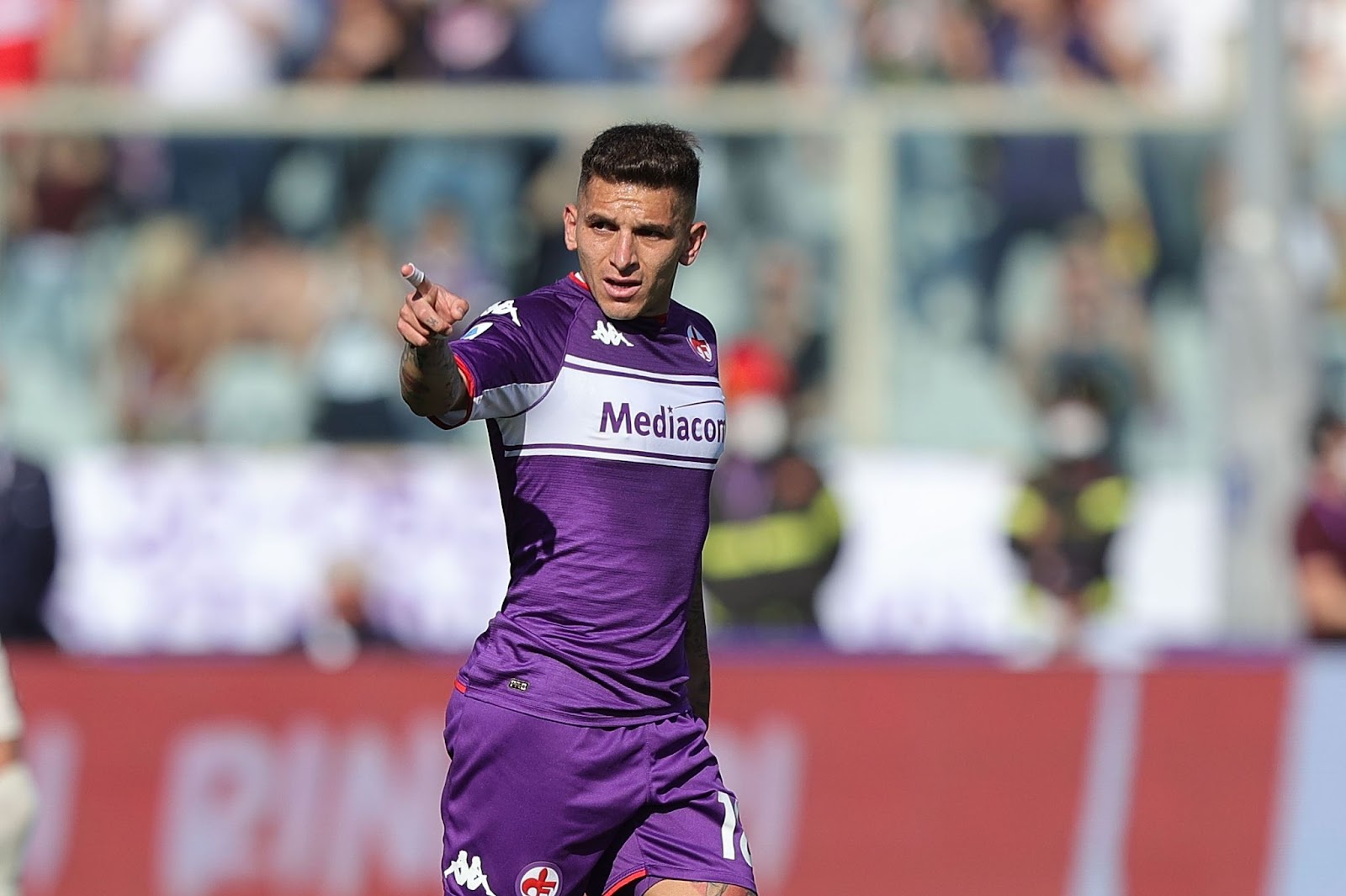 INDIVIDUAL PERFORMANCE OF THE WEEK - Stephen El Shaarawy (AS Roma)

Surprisingly, the decisive man. In the moment of greatest need, Stephan El Shaarawy is back, yesterday he entered the race in place of an exhausted Nicola Zalewski and the impact was immediate, since he helped the team to consolidate possession, as well as being constantly dangerous on Alessandro Zanoli's side (who shouldn't have finished the match and deserved the red card).

At this moment the former Milan man, in the hierarchy of Mourinho, ended up behind Zalewski, thanks to the young Pole, but yesterday he was decisive. He scored the equalizer, starting from the left and closing an action that had begun from the defense, which culminated in Lorenzo Pellegrini's cross from the right side, from which then comes Tammy Abraham's assist with a backheel.

This season El Shaarawy scored his third league goal and in all three cases he scored after the 90th minute. The perfect 12th man for a coach.