Race for the Scudetto: Mourinho & Roma fire back; Calhanoglu next level; Fiorentina marching

Roma crushed Gian Piero Gasperini's Atalanta, Napoli are back in the Scudetto race, Inter continues to fly, while at the bottom of the standings Cagliari are no longer able to look upstream and begin to fear relegation. Let's see what happened in this past Serie A weekend:

TEAM OF THE WEEK - AS Roma

An incredible display of power. José Mourinho's Roma returned from Bergamo with three points and a great load of enthusiasm.

Gasperini understood little or nothing on Saturday afternoon and his choices proved it, such as the inclusion of Luis Muriel after half an hour of game and the consequent attempt to move to the four men defensive line. The Giallorossi immediately took the lead, thanks to the beautiful goal in progression from Tammy Abraham, who combined perfectly with Nicolo Zaniolo for the entire match.

Shortly after came the second goal, with a splendid piece of action by the Giallorossi. Henrikh Mkhitaryan for Zaniolo, a first-intention backheel touch for Jordan Veretout who passes it back to the number 22 who has no problem resisting Berat Djimsiti's attack and then to score a beautiful goal, the first in the league for him.

At the end of the first half Atalanta made it 2-1, with an own goal by Bryan Cristante, but in the second half Roma managed to definitively close the match. First Chris Smalling's goal on the development of a free kick, then the fourth and final goal, struck once again by Tammy Abraham at the end of a good play between Veretout and Eldor Shomurodov. Roma played counter-attacking football in perfect Mourinho style and the victory could not be sweeter and more precious than that. 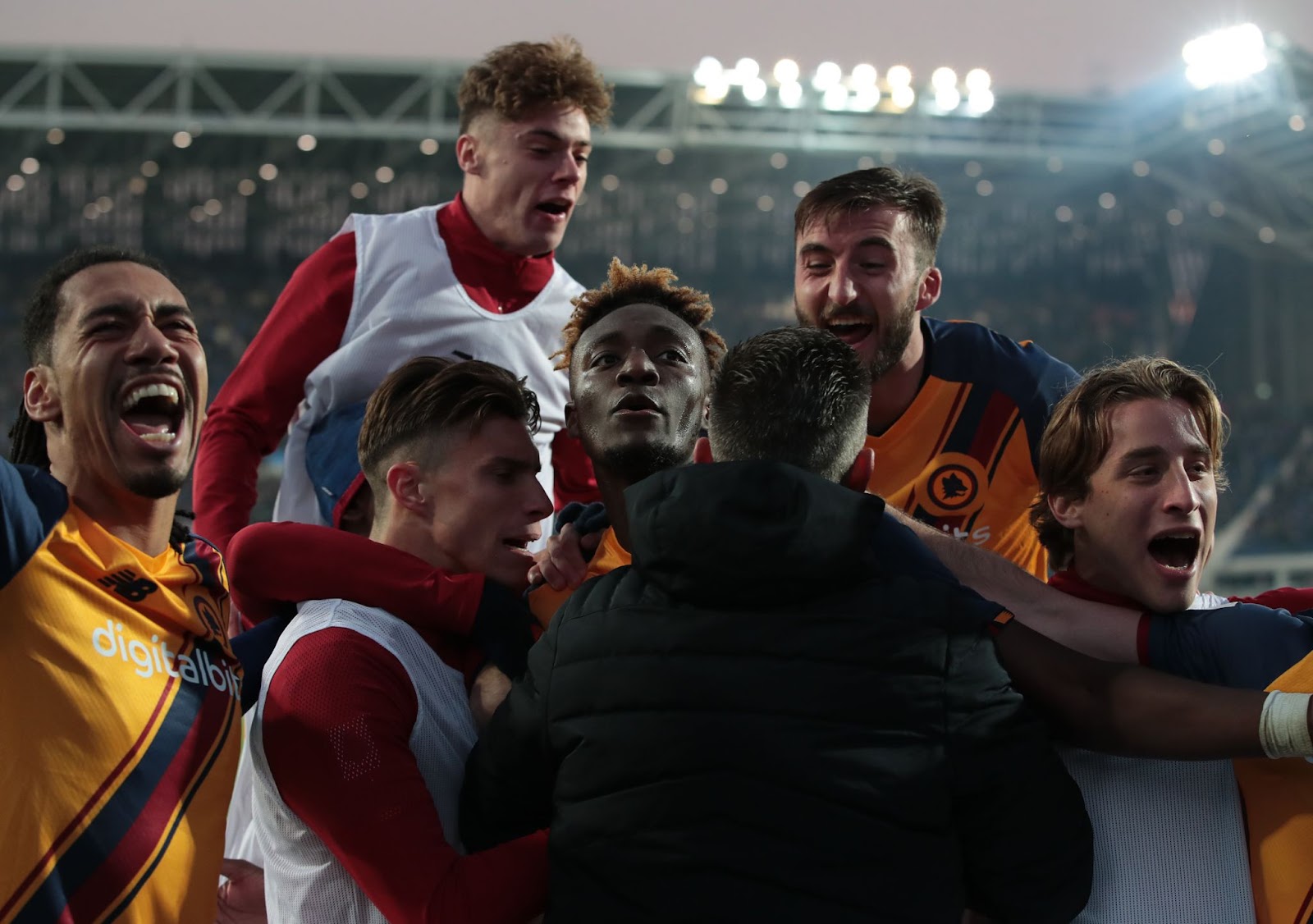 The whimsical Spanish striker had not yet given a performance of that level to his fans since the beginning of the championship, certainly he had not given it to Luca Gotti, the now former Udinese coach, but against Cagliari a performance of great quality, topped off by two goals, one of which is truly splendid and of fine workmanship.

Udinese beat Cagliari in a match without history, with Walter Mazzarri's men challenged by the fans and forced to apologise through social media. The new Udinese coach Gabriele Cioffi first won one point against AC Milan and now three against Cagliari, proving that the choice to entrust him with the team was a wise one. With a Deulofeu like this, then, things are certainly easier.

Nicolò Zaniolo has returned to shine and the one against Atalanta was certainly the best performance of the season from the number 22. Toloi and his Atalanta team mates have never managed to stop him, not once, so much so that Zaniolo was decisive both in the action of the first goal and with his goal, at the end of an action of the highest quality. Mourinho pampers him every day, even after negative performances or below the sufficiency and these are the results.

He is the extra man of Simone Inzaghi's Inter. The former Milan midfielder has made a real leap in quality and is playing at levels that he had never touched with the Rossoneri shirt, especially in defensive work and construction work.

He touches a lot of balls, makes Inter's play fast and fluid, he is decisive with corner-kicks and free-kicks and with the ball in motion, he is a constant point of reference for his teammates and for a coach who relies on him to speed up game times and rhythms. The Turkish midfielder is a real added value for Inter, with Simone Inzaghi making the most of his qualities and technical characteristics. 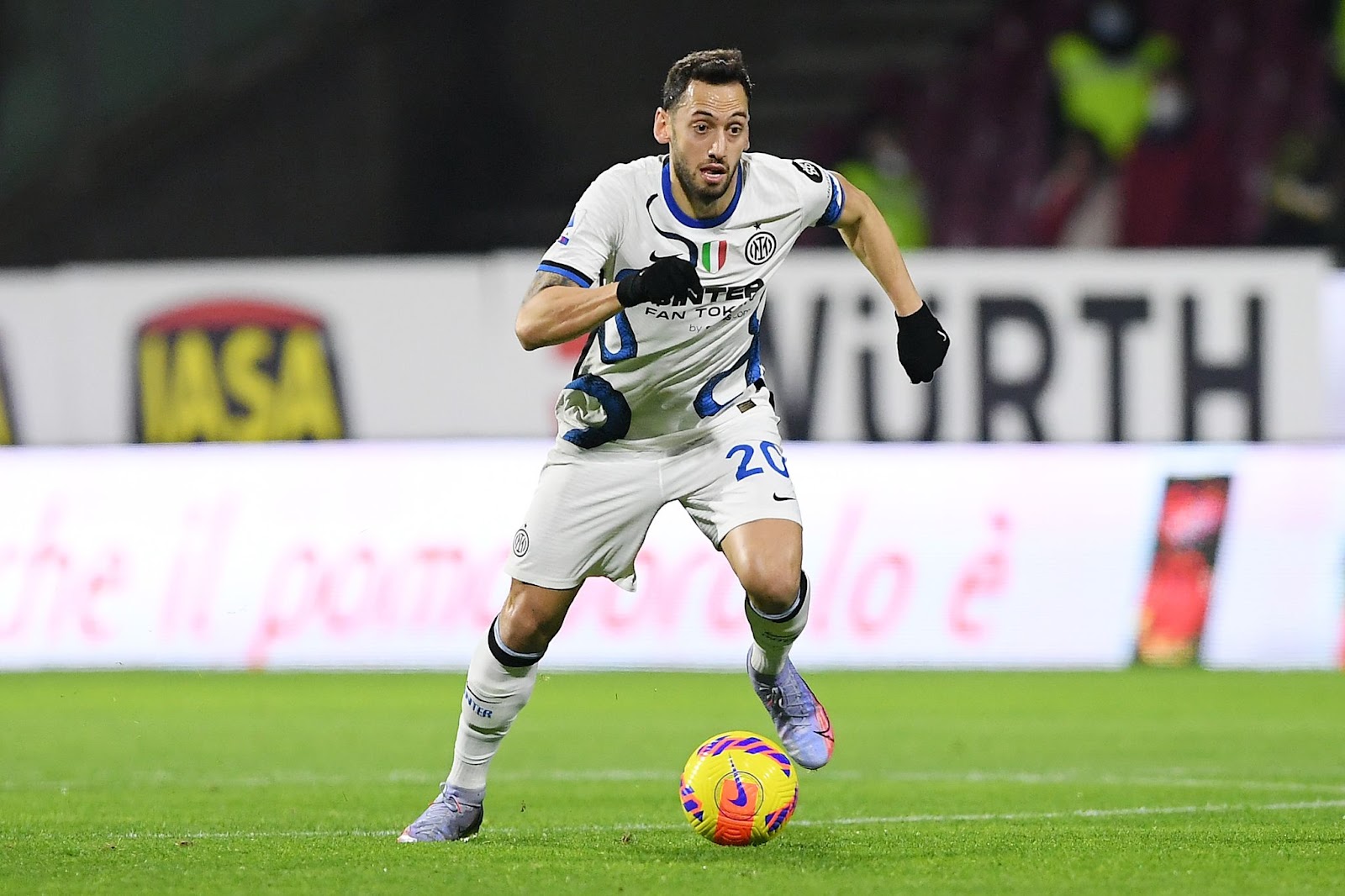 MATCH OF THE WEEK - Fiorentina vs Sassuolo

Surely the most interesting and exciting match of the last Serie A weekend. Four goals, many scoring chances for both teams, with Alessio Dionisi's boys who had even managed to reach 0-2, thanks to goals from Gianluca Scamacca and Davide Frattesi.

In the second half, Vincenzo Italiano managed to bring out the best from his players, especially from the usual Dusan Vlahovic, at this moment a real proper weapon, with his 16th goal in the league, but also with Luca Torreira's goal. Fiorentina had the opportunities to win the game, certainly on points they would have deserved more than Domenico Berardi and his teammates, but Sunday was a wonderful game, a pleasure for the eyes of all football fans.