Benevento stunned Serie A this week with an away win over Juventus, while Paulo Fonseca's future hangs in the balance after Roma fell to Napoli in the Race for the Scudetto.

For those who do not know him, he is a 22-year-old Argentine striker, who just arrived in Serie A. Gaich was playing just his fifth game in the Italian top league against Juve, having joined Benevento on loan from CSKA Moscow in January.

He has already scored two goals and made two assists. The most incredible thing is that he scored one of those two goals against Andrea Pirlo's Juventus, probably putting an end to the dreams (already almost impossible) of the Bianconeri's Scudetto run and placing the club in great embarrassment.

For 48 hours we have been talking about the future of Pirlo, of the president Agnelli who would be evaluating the position of the former world champion player. Gaich took advantage of an incredible mistake by Arthur, who passed the ball horizontally into the area, recovered the ball and scored a great goal at the near post. A forward with an assured future, from the final whistle of Juventus-Benevento there is a lot of talk about Gaich and probably he will do it for a long time and not only in Serie A. 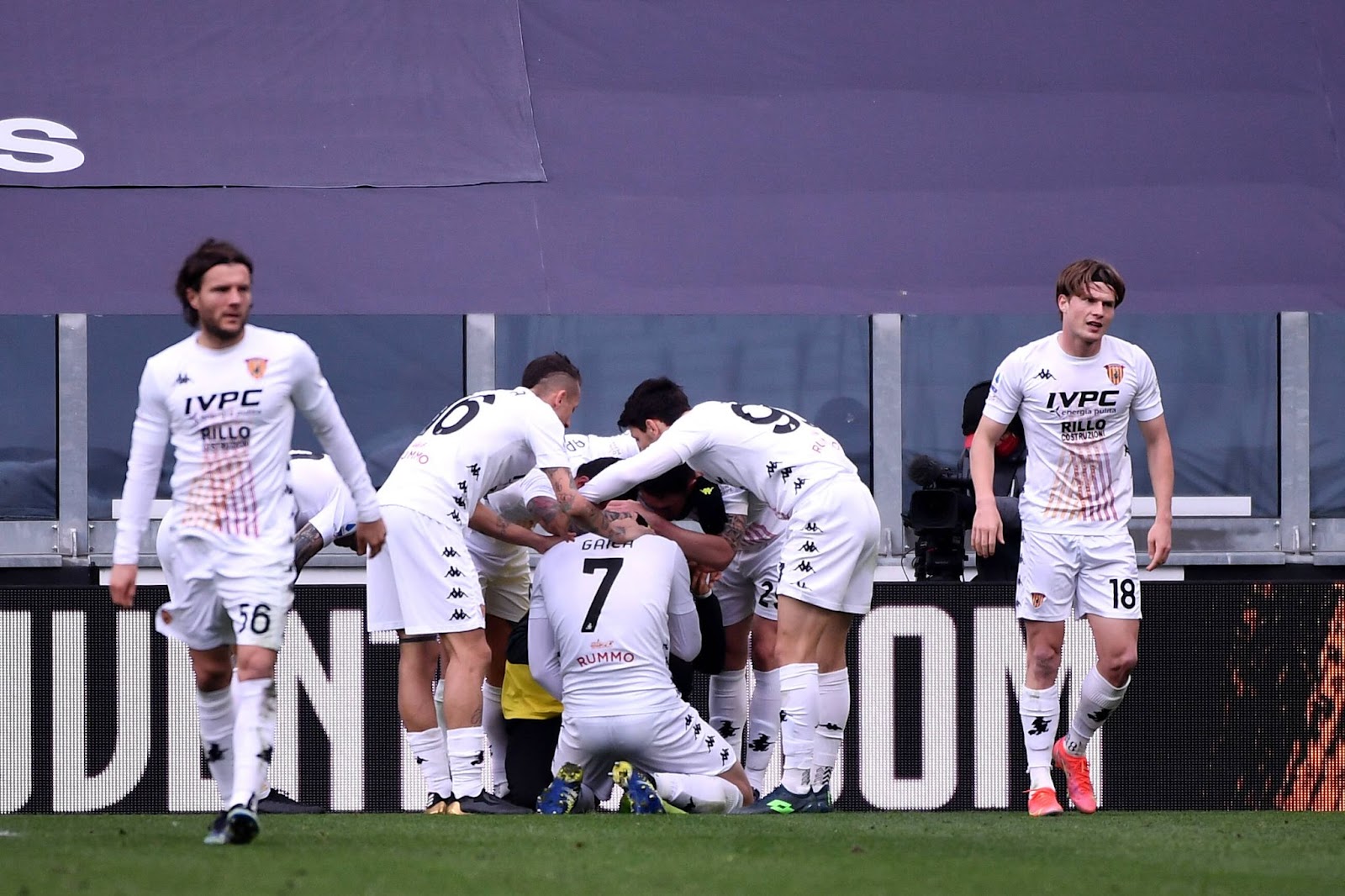 A troubled season for the Belgian striker, many physical problems, often unavailable or in any case not in top form. Roma was a decisive match for Napoli in the race to fourth place and Dries "Ciro" Mertens scored a decisive brace.

First goal from a free-kick, with the kind participation of Pau Lopez who left the post uncovered for him, the second at the end of a beautiful action borne from the Insigne-Politano axis, a couple that allowed the Belgian to score with no opposition. He had few opportunities to score, for Napoli it took very little to win the match and relaunch themself definitively in the standings, but Mertens was ready in time of need.

In Serie A this season, he has only played 1109 minutes, but still managed to score 7 goals and provide 6 assists. Despite the passing of the years, despite a precarious physical condition, Mertens remains one of the most important strikers in Italian football, for effectiveness and for the amount of different skills: shots from outside, cuts behind the defenders, dribblings, incredible pace, free kicks. The Belgian knows how to score in every way and Gattuso will enjoy it as long as possible.

A very heavy victory for Stefano Pioli's boys, who managed to react in the best possible way to the painful elimination from the Europa League against Manchester United.

In a complex moment, with the team visibly tired from the many seasonal commitments, clearly in physical decline, Pioli's Milan managed to find a comeback against a very good Fiorentina, who had gone ahead thanks to a goal by an ever-defying Ribery .

The decisive goal was scored by Hakan Çalhanoğlu, who scored a fine strike in the 72nd minute, when the game seemed to slide towards a pointless draw for both sides.

The Rossoneri had taken the lead thanks to a beautiful goal, scored with arrogance and class, by Zlatan Ibrahimovic. The Swede has finally returned to let only the pitch speak, putting the parenthesis of Sanremo behind him.

The former Manchester United striker scored the goal that opened the match with a fine lob and took the team on his shoulders when they needed him. The Milan fans and the Rossoneri owners can be satisfied. There is a lot of talk about his possible renewal, he said he wants to stay in Milan, he has been called up by Sweden again. We don't know if he is living a second youth, but Milan can still count on him and they did it last weekend too. The title hopes for Pioli's boys are still alive.

SURPRISE OF THE WEEK

We have already mentioned this incredible result, the real surprise of this weekend: Benevento beat Juventus at home, something that very few teams have managed to do since the new stadium owned by the Bianconeri was built.

Filippo Inzaghi's team played a sumptuous game. It is true that the Benevento goalkeeper made himself a protagonist of the match through numerous top-level saves, but Gaich and his team deserved to win and, as we said, they seriously embarrassed Juventus.

The Bianconeri have two open questions at home: Andrea Pirlo and Cristiano Ronaldo. The first because his work does not convince the managers, neither for the results nor for the game expressed (but it cannot surprise, being at his first experience on the bench).

The second one because CR7 is very expensive and if no trophies arrive it becomes an unsustainable burden. In any case, it would not be fair to speak only of Juventus' demerits: Benevento has already achieved other great results against bigger teams this season and this is only thanks to Filippo Inzaghi. 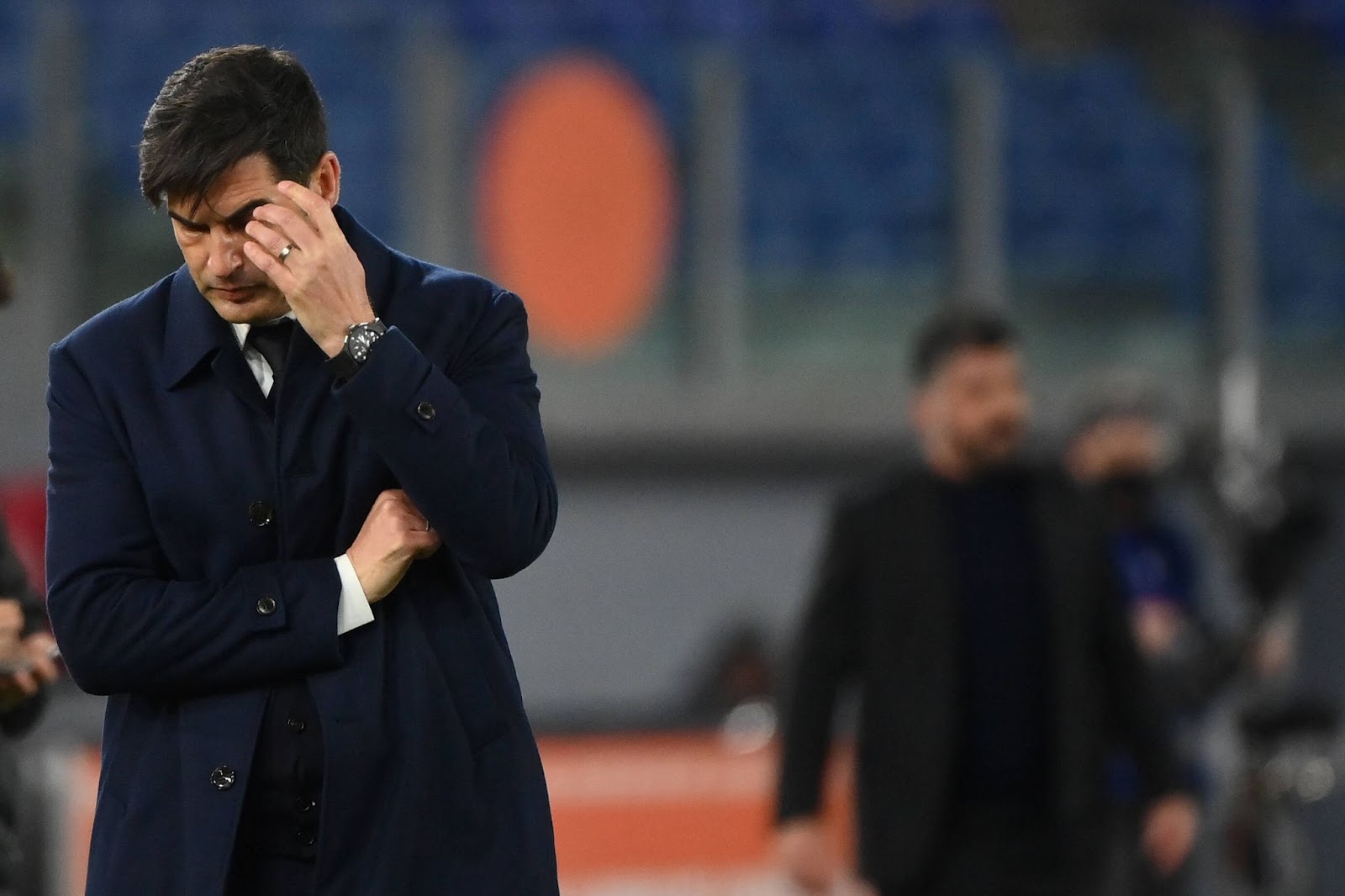 Fonseca turns away from Roma defeat

Roma have lost yet another direct clash. It is no longer surprising, but Roma management is not happy.

Fonseca's team has played nine head-to-head matches this season, drawn 3 times and lost 6, often leading to resounding defeats, which hurt the fans and the pride of the players. At the end of the match, the coach said "the team does not have the mentality to win these games", but Roma captain, Lorenzo Pellegrini, spoke on behalf of the team and said that the problems were tactical and that their mentality has nothing to do with the loss.

Things for Fonseca are getting worse and worse: the table of the league is now increasingly merciless, the 4th place to guarantee the access to the next Champions League is further and further away. And with Lazio still having to recover a match, the spectre of the Europa League is increasingly tangible. Fonseca's contract will expire on 30 June and includes an automatic renewal clause in the event of qualification for the Champions League. At the moment it is difficult for such a thing to happen.

The club never called him to talk about renewal, they actually started talking to Allegri and Sarri, but in the city it has been rumored for a few days that the Friedkins are also thinking of Nagelsmann. In regards to Fonseca, there are several Italian teams (Napoli, Fiorentina), but also European teams, interested in his services.

Italian journalists are talking a lot about Fonseca's future, some are wondering if it is right that he will pay for everyone, others say instead that he is not able to do more than this. All that remains is to wait, but what is certain is that after two years the results achieved have been decidedly poor.