New Serie A weekend and new surprising results. The only top teams not to lose points were Roma, Atalanta and Inter, with Simone Inzaghi's Nerazzurri increasingly stronger in the race for the Scudetto. Let's see what happened…

MATCH OF THE WEEK - Sassuolo vs Lazio

A beautiful match. The Neroverdi coached by Alessio Dionisi dominated from the first to the last minute against Maurizio Sarri's men, despite the fact that they took the lead thanks to a goal from Mattia Zaccagni.

It was a bad day for Ciro Immobile, who practically missed every ball he touched, while Domenico Berardi led his teammates to victory with a brilliant, darting performance, crowned by a great goal that cut off Lazio's legs when the Biancocelesti needed to resist the most.

It was a one-way match. Sassuolo 17 shots, Lazio 6, with the team coached by Dionisi appearing the real top team between the two. Thomas Strakosha has saved his teammates on several occasions and it is a match of which it would be good to review the highlights. 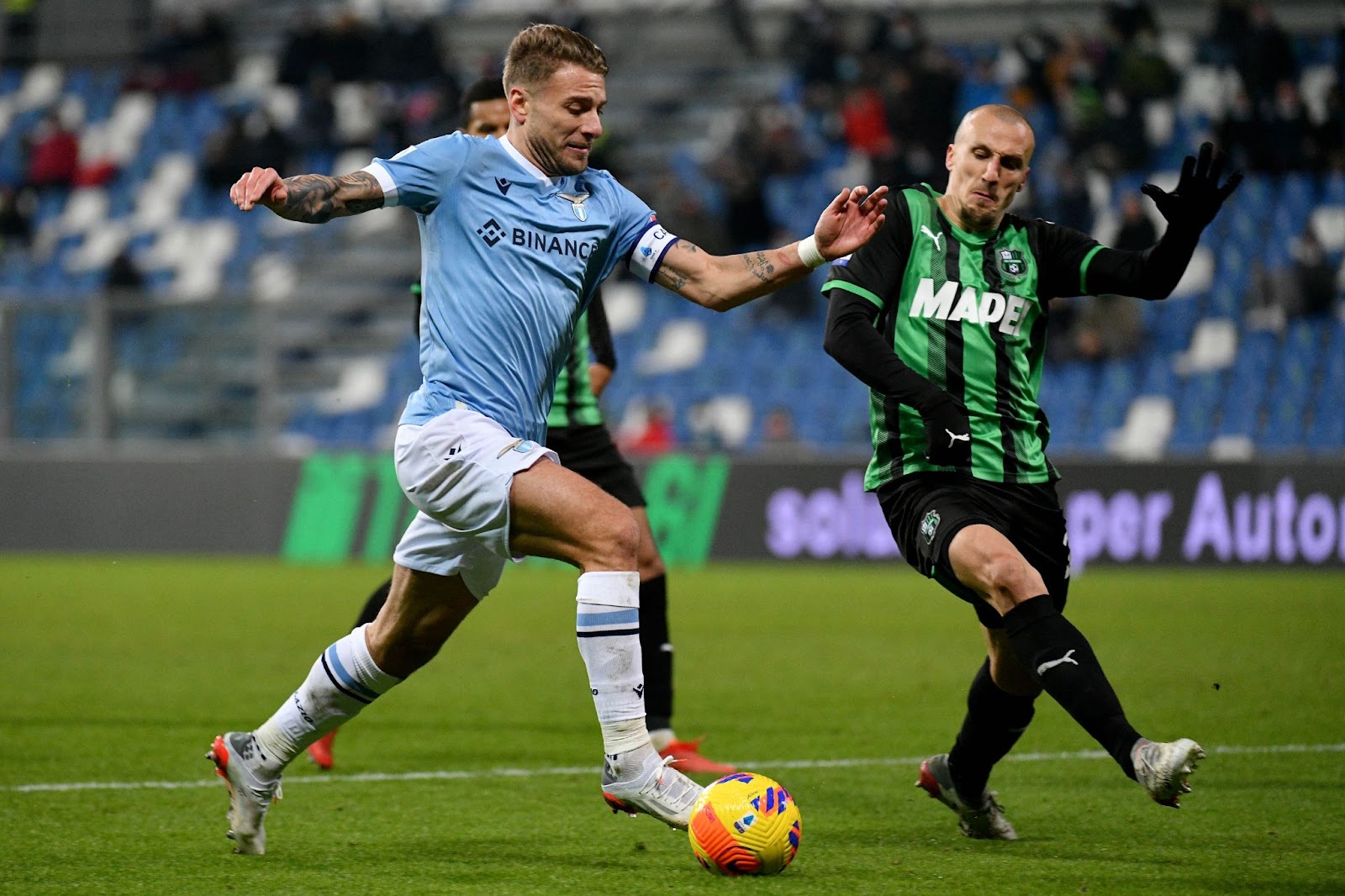 SURPRISES OF THE WEEK - Napoli vs Empoli & Udinese vs AC Milan

Mandatory to talk about two games here, and not just one. Nobody expected these two results, even if Milan at least managed to snatch a point.

Too many commitments for the players and the consequence is a very high number of muscle injuries, which is why the big teams are often forced to play without their best players. This is the case of Napoli (but also of Roma), who definitely missed Victor Osimhen (among others) against Empoli. Luciano Spalletti's boys are not having a good time and this is the second consecutive defeat, but definitely the most surprising.

Empoli are playing well and are at 26 points in the standings, but no one expected that they could go to Napoli and come out with the three points. A deserved result, and moreover, Napoli struggled to build clear scoring opportunities.

Milan's draw against Udinese was also surprising, for two reasons: 1) The Rossoneri were first in the standings. 2) Udinese had just sent Luca Gotti away and entrusted the team to Gabriele Cioffi. Yet the match was almost one-sided, with many opportunities for Beto and his teammates and Mike Maignan called to save his teammates on multiple occasions until the 92nd minute, when Zlatan Ibrahimovic scored a beautiful and very important goal, almost unexpected, thanks to which Milan managed to take home at least one point, in a decidedly negative and difficult evening.

If Fiorentina are fifth in the standings, they owe it to Dusan Vlahovic, who is still very young, but who is already able to carry the team on his shoulders, of which he is the leader and of which he is the best player, despite the expiring contract and the controversies for his (still unofficial) decision to leave the club at the end of the season.

Against Salernitana the Fiorentina striker scored another double and reached 15 goals this season, a loot that makes him the most prolific forward in Serie A, even ahead of Zapata and Immobile. Dusan is scoring in every way and thanks to his goals and performances Fiorentina are currently fifth in the standings, ahead of Roma, Juventus and Lazio.

It's hard to say where the Viola will arrive at the end of the season, but one thing is certain: Vlahovic has a great future ahead of him. 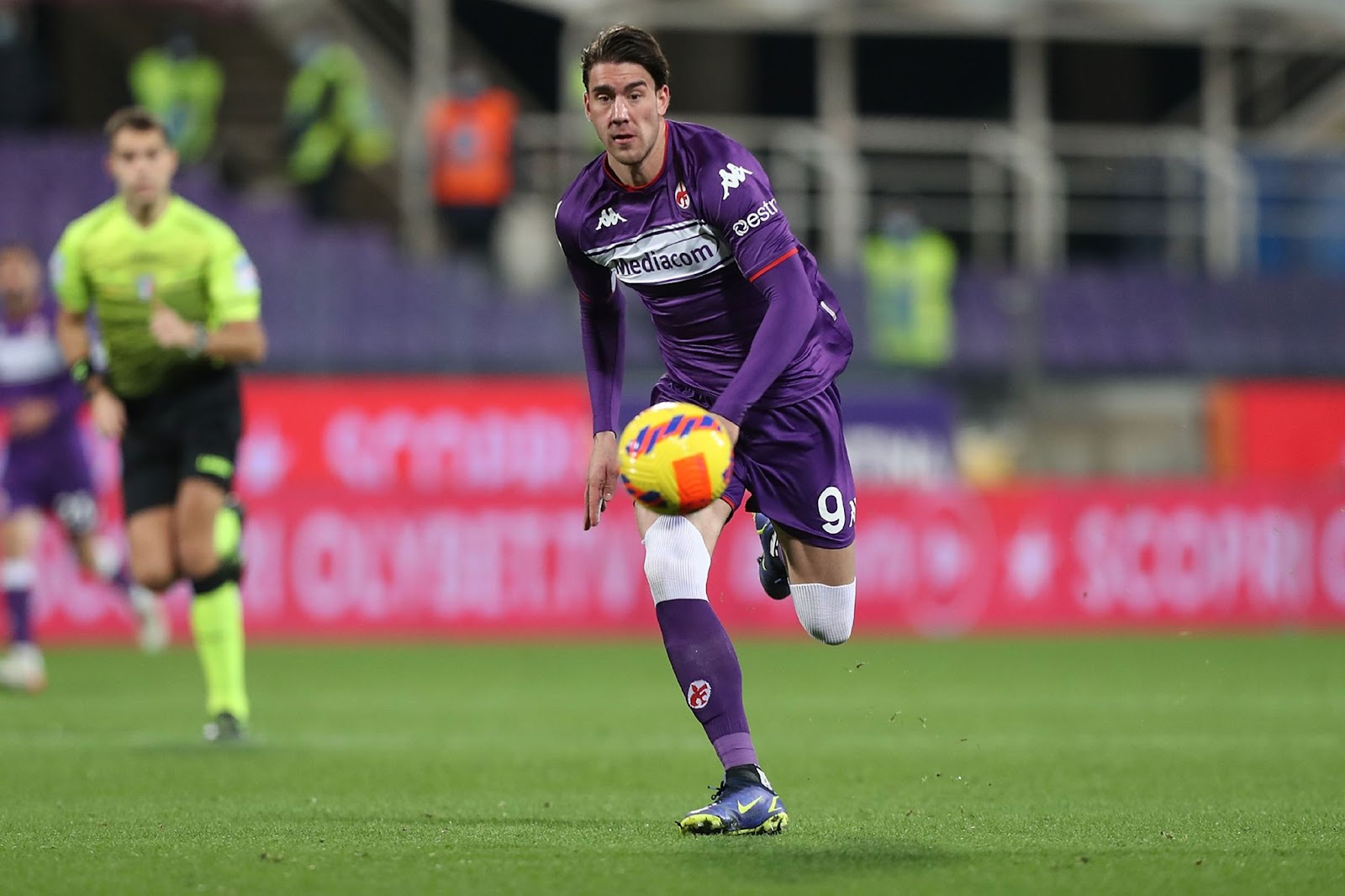 TEAM OF THE WEEK - Inter Milan

Inzaghi's team is a steamroller. The former Lazio coach managed to make Inter even stronger and more formidable than it was last season, at the end of which they won the Scudetto.

Now Lautaro and his teammates play better, they create many scoring opportunities and concede few to their opponents.

With the success against Cagliari, the Nerazzurri have 40 points, overtaking Milan in the standings, but the impressive thing is the ease with which they win games.

Of course, the squad has remained almost the same as that which won the championship, but the upgrade of the Nerazzurri team is evident: there has been an improvement from every point of view and this can only be thanks to Simone Inzaghi, a coach who had already pushed Lazio beyond its limits and could now begin a long and victorious path at the helm of Inter.