Inter Milan ended their title drought, Cristiano Ronaldo scored a late winner for Juventus and Roma made a shock appointment. Here is this week's Race for the Scudetto...

New week, new sad and disappointing performance of Andrea Pirlo's Juventus (rumors that send him away from Turin at the end of the season are more and more insistent), but this time things for Juventus have gone in the right direction and it is only thanks to Cristiano Ronaldo, who scored a brace for his team on a negative and difficult afternoon and gave Juventus the 3 points.

Let's face it: it hasn't been a brilliant season for Cristiano, we talked about it often, but with these two he reached 27 goals this season in Serie A and above all he managed to keep Juventus alive. Udinese took the lead almost immediately on Sunday thanks to a goal from Molina. The minutes of game went by, but the bianconeri just couldn't get back into the game. It was necessary to arrive at minute 82 for Juventus' equalising goal, a penalty scored by Ronaldo. 7 minutes later, at minute 89, a great initiative by Rabiot, who crosses to the far post and finds Ronaldo, deadly as always with a header. The group hug was wonderful, which was also joined by Andrea Pirlo. He probably hugged Ronaldo more than anyone else, because he's allowing Juventus to dream of fourth place. 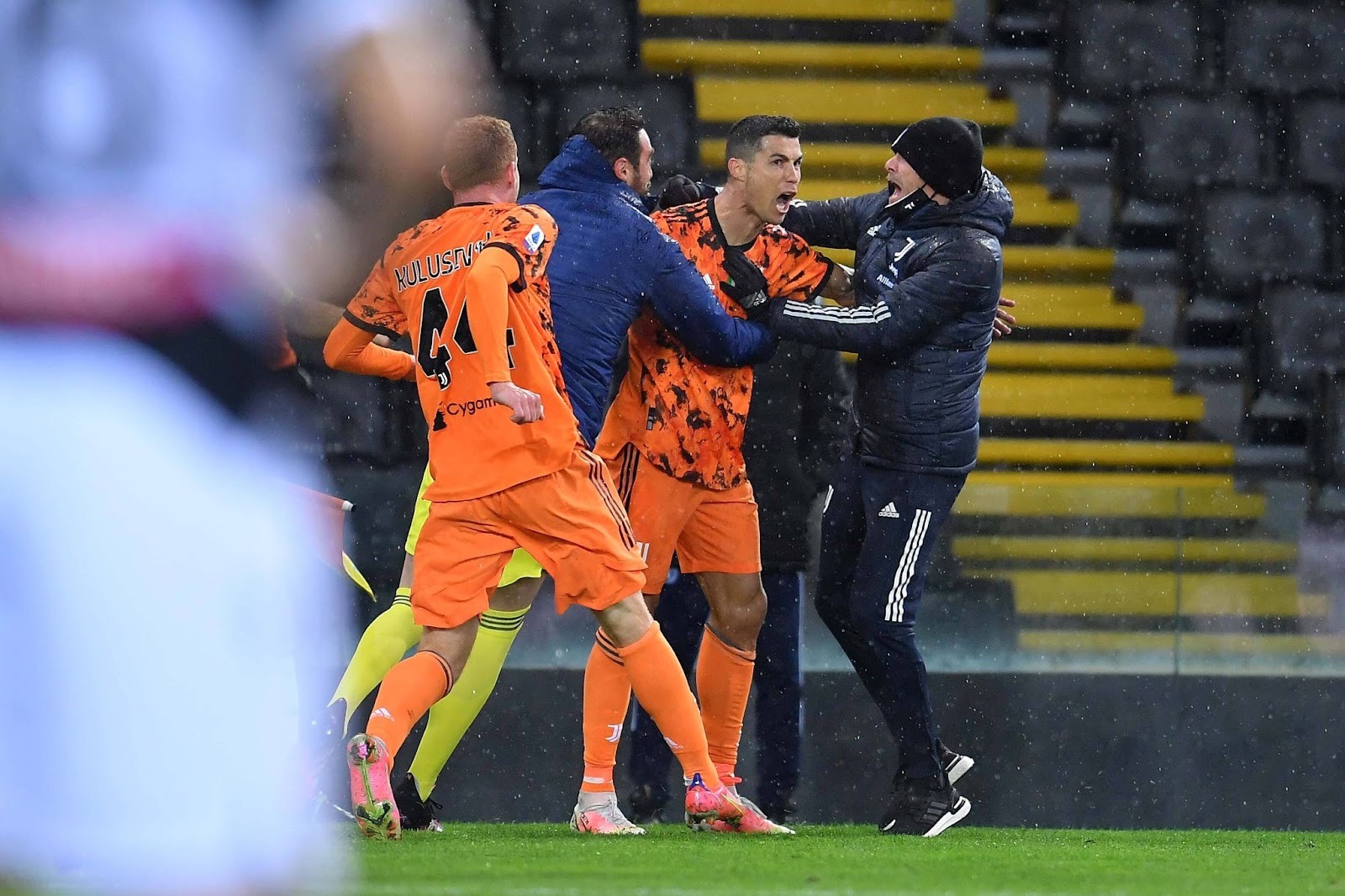 Ronaldo swarmed by his teammates

Cagliari never dies. Semplici's team is giving everything they have to stay in Serie A and avoid a relegation that would have been unimaginable at the start of the season and inevitable a few weeks ago. Since the arrival of the former Spal coach, the Sardinians have changed pace and after the victory against Roma comes an incredible draw against Gattuso's Napoli, a team that seemed to be in pole position in the fourth place race. At the last available second of Napoli-Cagliari, Nandez leveled the score, at 1-1, and giving further hope of remaining in Serie A to his teammates. At this moment Cagliari would be safe and it would be really something surprising, for how things had turned out. Great heart, they never gave up, even when fate seemed adverse.

Things are changing at the speed of light for Roma. Fonseca has completely lost control of the team and the Giallorossi are now ringing disappointing results one after another: first the humiliating 6-2 in the EL against Manchester United, then the 2-0 against Claudio Ranieri's Sampdoria, in an almost one-sided match. Many injuries and many problems, no doubt, but Roma are ending the season in a dramatic way.

For this reason the Friedkins have lost patience: they first called the coach, they asked him if he still felt the team's trust or if he preferred to resign, but Fonseca said he wanted to finish the season. The next morning, Roma announced Fonseca's departure at the end of the year and a few hours later they announced the arrival of Josè Mourinho.

The Special One will be Roma's new coach for the 2021-2022 season and enthusiasm in the city has exploded as perhaps it hasn't happened since the days of Fabio Capello. Fonseca's Roma risk finishing the season in eighth place, with Sassuolo pushing behind the Giallorossi: an absolutely unacceptable result. The Friedkin decision was inevitable, but they decided to aim as high as possible, taking on one of the most important coaches ever. 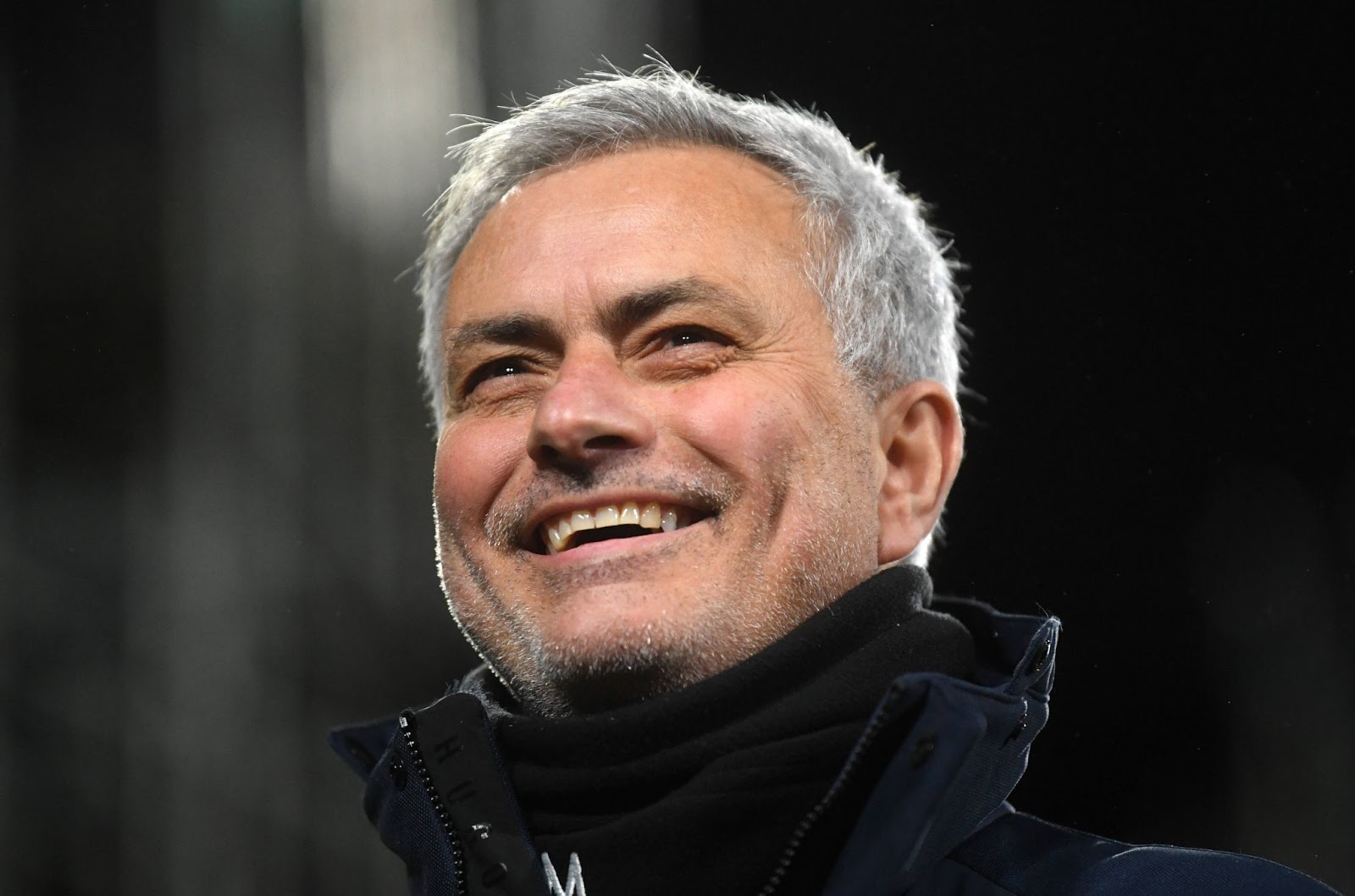 Mourinho is back in Italy

Correa leads his team to the victory

Right now Joaquin Correa is absolutely Lazio's technical leader, the star who is shining more the any other. In the last 4 games played by the Biancocelesti he managed to score 5 goals and 1 assist: an objectively impressive loot, on top of that being absolutely important for Lazio, which in these last matches will make their own future. Inzaghi's future is still in doubt, but the Biancocelesti are absolutely in the running for fourth place.

This weekend the Biancocelesti won 4-3 against Genoa, they took home 3 heavy points and much of the credit goes to Correa, who scored a brace, confirming once again that he is in a real state of grace. In a few games Lazio will face Roma and we are sure that Inzaghi will once again rely on Correa, who at this moment really seems unstoppable.