The season has ended, it was long and full of surprises, it gave many moments of suspense and tension, with fans who went crazy with joy and others who had to accept negative and painful outcomes.

Like every end of the season, we are here to establish our "top players" of the past year. We will award the best coach, the surprise of the year, the best striker, the best midfielder and the best defender of the year.

Pioli wins at the photo finish against Davide Nicola, but only because the coach of Salernitana will still be highlighted in this article. Stefano Pioli led Milan to the top of Italian football, bringing the Scudetto back to Milan's chest after 11 years.

It is no small feat for Milan, it was a long and complicated period, even more complicated at the end of last year after Antonio Conte's Inter won the championship. Without extraordinary players, because the Milan squad is certainly not the best in the league, Pioli achieved an absolutely extraordinary result.

There are many players he has enhanced and made to perform at very high levels and this makes him the best coach of the season. Rafael Leao, Pierre Kalulu, Sandro Tonali and Theo Hernandez at this level are his great achievements, it is for him that these players have played so well and with this consistency throughout the season. This is the first trophy in his career and it seems like a great way to start, by writing his name on the list of Italian coaches capable of winning a title.

The Milan hierarchy, after an initial moment in which the managers thought of firing him (we are talking about the pre-lockdown period), has always supported him and tried to help him in every way, buying him players with the characteristics he requested, but we should never forget how the Milan squad, at least at the starting line, was considered by everyone as inferior to that of the other contenders for the title.

It will not be easy to confirm himself next season, but Pioli has done something truly unforgettable, which will remain in the history of Italian football and Serie A. 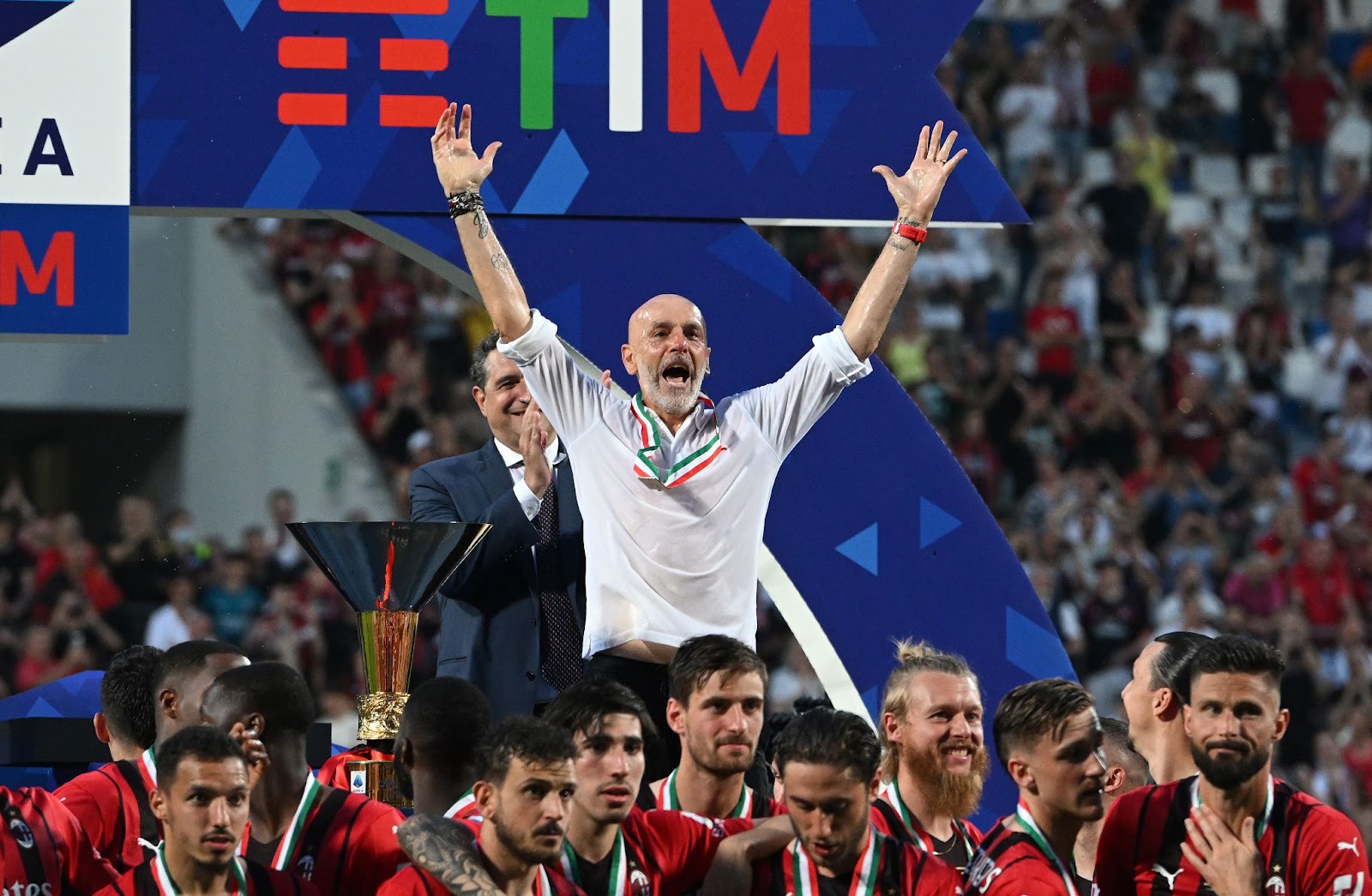 Among the many end-of-year results, these are perhaps the most surprising.

In the case of Salernitana especially after having changed three coaches and the start in the league with only 9 points in the standings, while in the case of Fiorentina because to qualify for the Conference League they had to overcome the competition of Gian Piero Gasperini's Atalanta, which in recent years had become a real top team in the Italian league.

These are two enormous results for the two teams, without any doubt: having avoided relegation with Salernitana was a miracle by Davide Nicola, who worked in tandem with Walter Sabatini, the sporting director who helped in building the team that has accomplished this great feat but then left the club, due to some problems with the president of the club.

A real shame for the Salernitana fans. Instead, the Fiorentina fans can continue to dream: Vincenzo Italiano has achieved a great result already in his first season in Florence and the club's plans are to strengthen the squad to get to the next step next season. Nicola and Italiano were certainly among the best coaches in the Italian league. 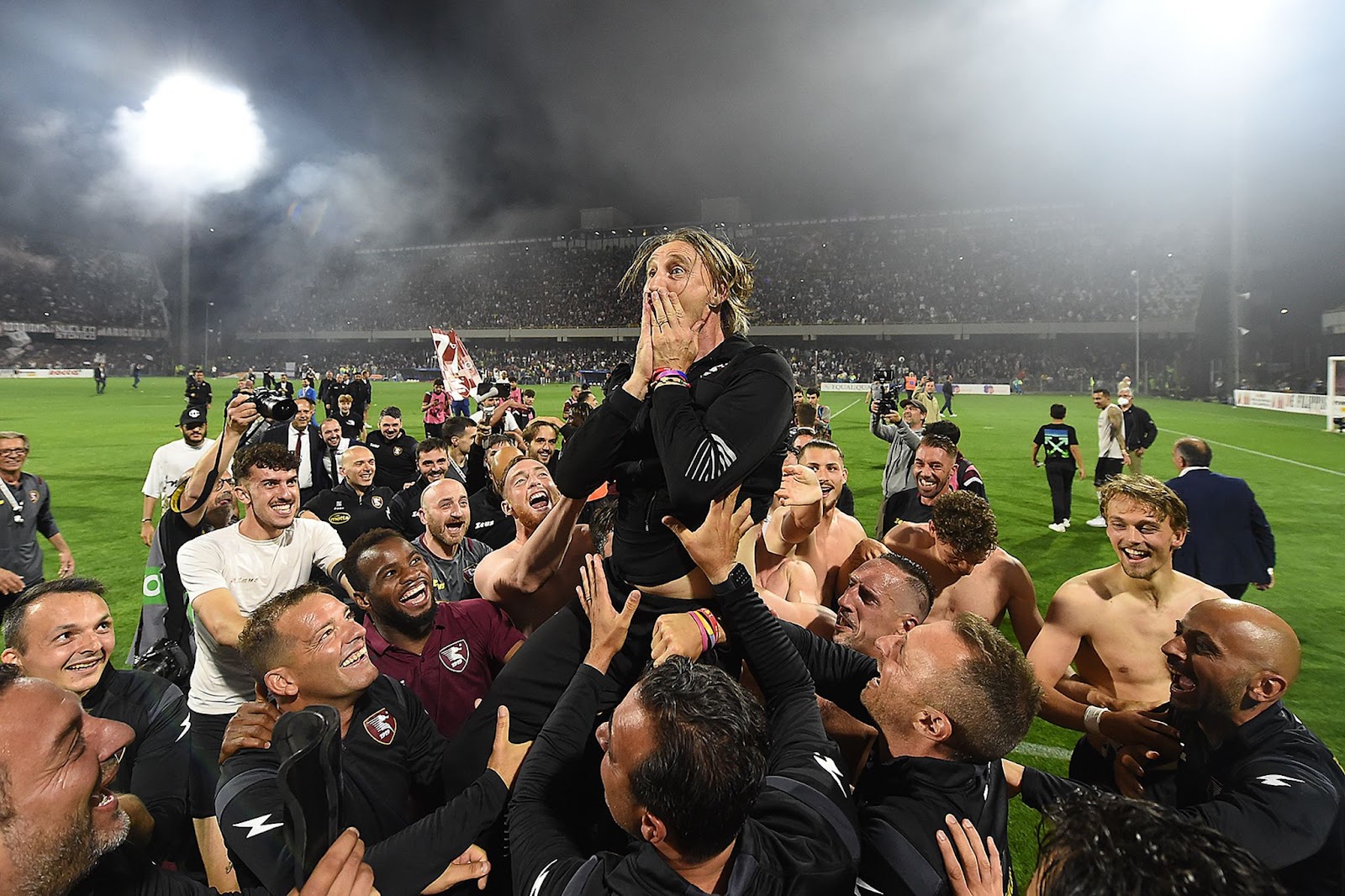 For Lazio it was not an unforgettable season and for him, from an individual point of view, there was the great disappointment linked to missed qualification to the World Cup with Italy.

With Roberto Mancini and the Azzurri shirt things didn't work out and there was also talk of a possible farewell to the national team, but with the Lazio shirt Immobile lived yet another year full of goals and records.

This year the Biancocelesti captain scored 32 total goals: 27 in Serie A, 5 between the Italian Cup and the Europa League. Impressive numbers, which no longer surprise, because Lazio is his perfect place and there he becomes an almost unstoppable goalscorer. He hasn't suffered at all in the transition from Simone Inzaghi's to Maurizio Sarri's and has continued to score a lot of goals, as he always does, season after season, with the Lazio shirt. It is no coincidence that he was also the forward who scored the most goals in Serie A this year. 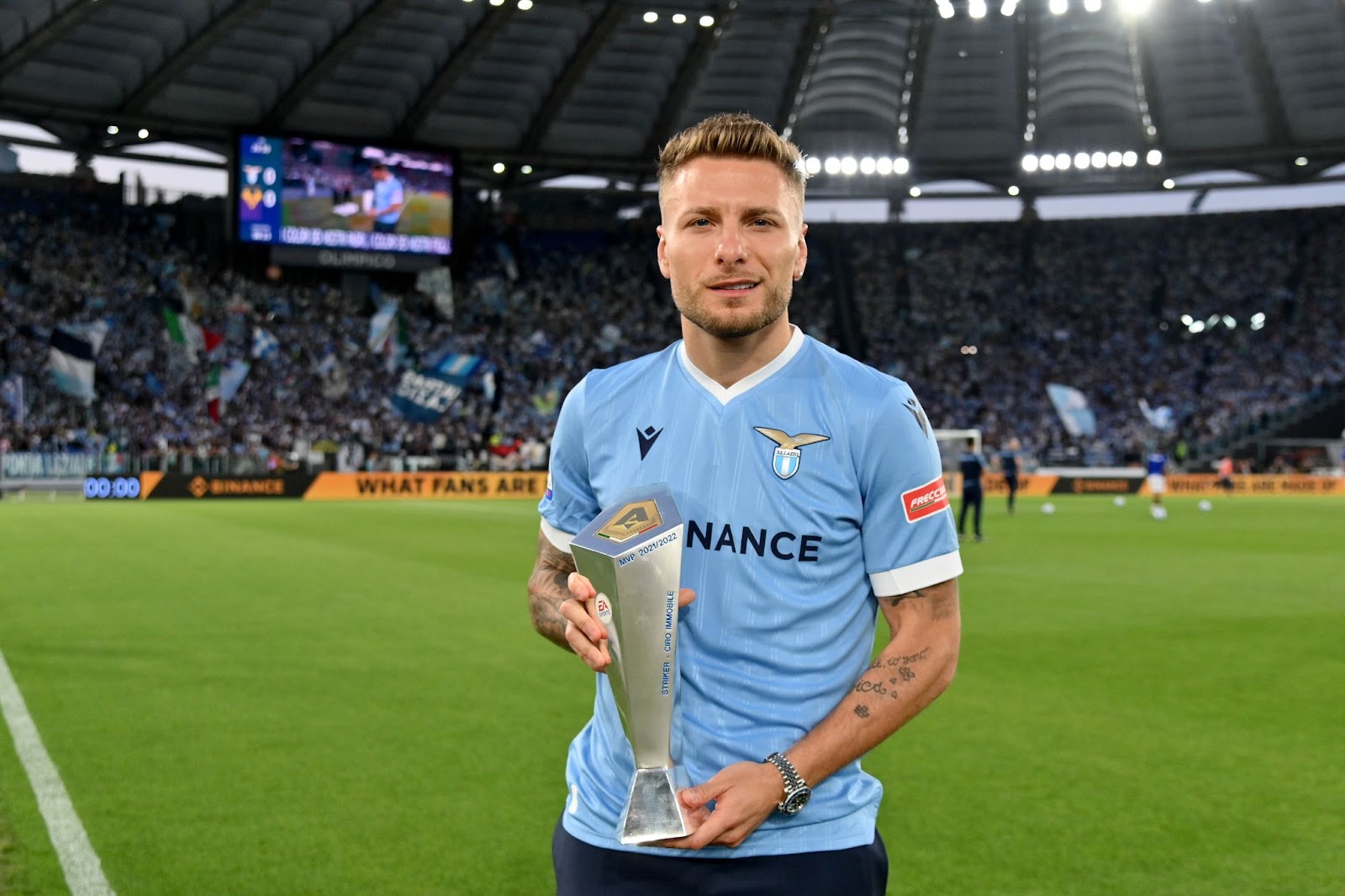 MIDFIELDER OF THE YEAR - Lorenzo Pellegrini (AS Roma)

Sandro Tonali and Sergej Milinkovic-Savic also deserve a mention, but Lorenzo Pellegrini's season was better from an individual point of view.

The Giallorossi captain was the player Jose Mourinho's side clung to throughout the season, as well as top scorer Tammy Abraham. The Giallorossi number 7, the new number 10 of the Italian national team, has led his team game after game, proving to all intents and purposes that he is the worthy heir of Francesco Totti and Daniele De Rossi.

No Serie A midfielder has scored more goals than Lorenzo Pellegrini in the last two seasons: 25 goals, plus 17 assists. Important numbers. Several midfielders stood out for their performance this season, from the aforementioned Tonali and Milinkovic-Savic to Hakan Çalhanoğlu, but Pellegrini was undoubtedly the best attacking midfielder of the season, also because it would be unfair not to reward Roma's ride in the Conference League.

The Giallorossi have played many games to get to the top of the European competition, but despite this they have held up the pace of Lazio (no other competition apart from Serie A since February) and almost Juventus, which at least in theory should have put a lot of points between themselves and the others.

Year after year Pellegrini becomes stronger and more decisive, this year also thanks to the responsibilities that Mourinho has given him. Captain, Roman and Romanist: the tradition continues. 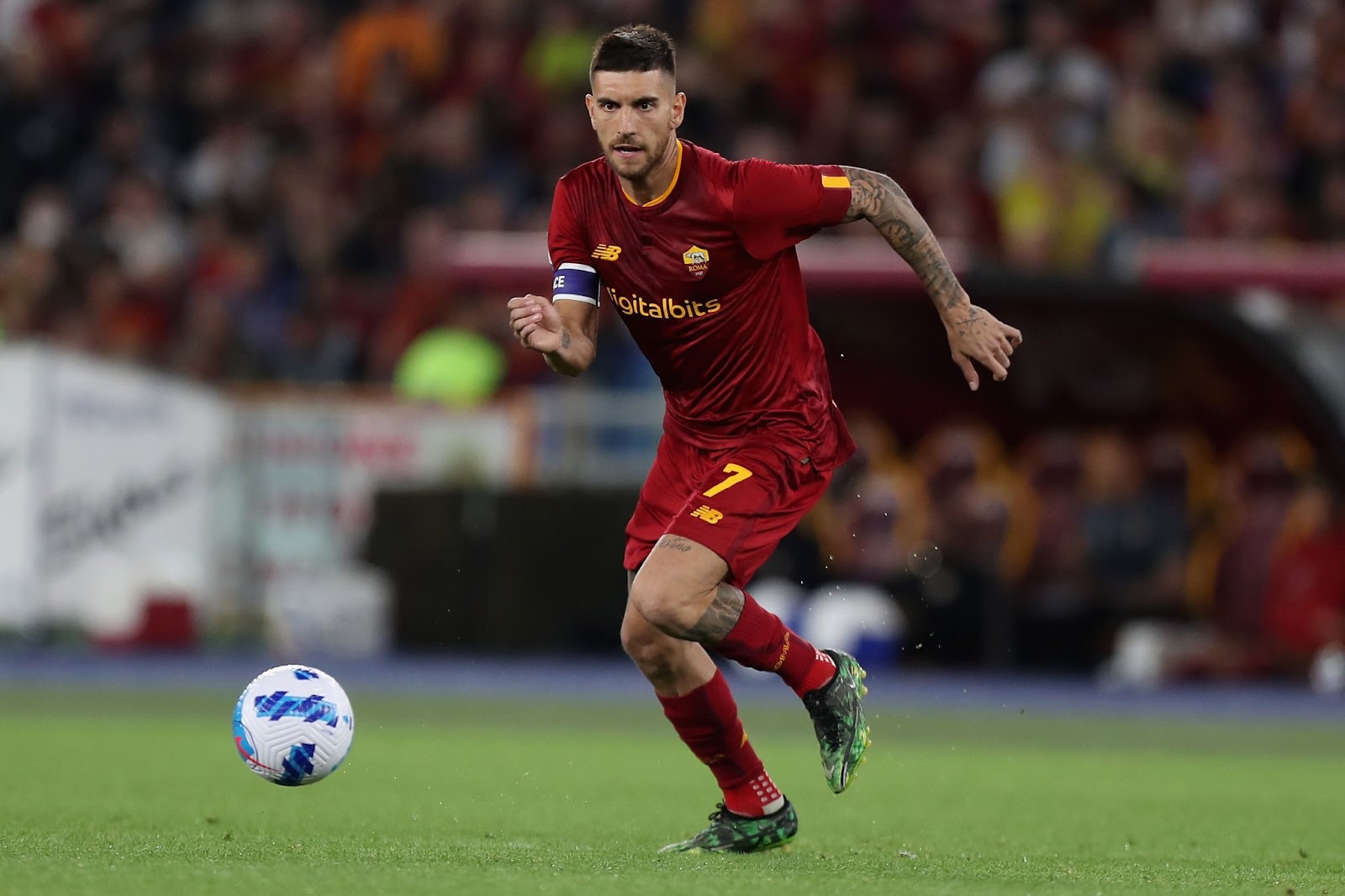 One of the strengths of Pioli's Milan. The former Chelsea defender was the backbone of the Rossoneri, playing at the highest levels for the entire championship.

The adaptation to Italian football was immediate from his first appearance and this year he became one of the leaders of the squad. He seems to have grown up in Italy, playing in Serie A: very few mistakes during the whole year, a real certainty for Mike Maignan and his teammates.

The Milan players never have the slightest doubt about the possibility of relying on Tomori, even in entrusting him with dangerous balls, because they know that Fikayo is always ready. This is what he did game after game this year, guiding Milan towards the Scudetto victory.

Charisma, personality, great physicality and excellent technique make him a top-tier defender, which he proved to be throughout the entire season. A top signing by Milan and Pioli got the best out of him. 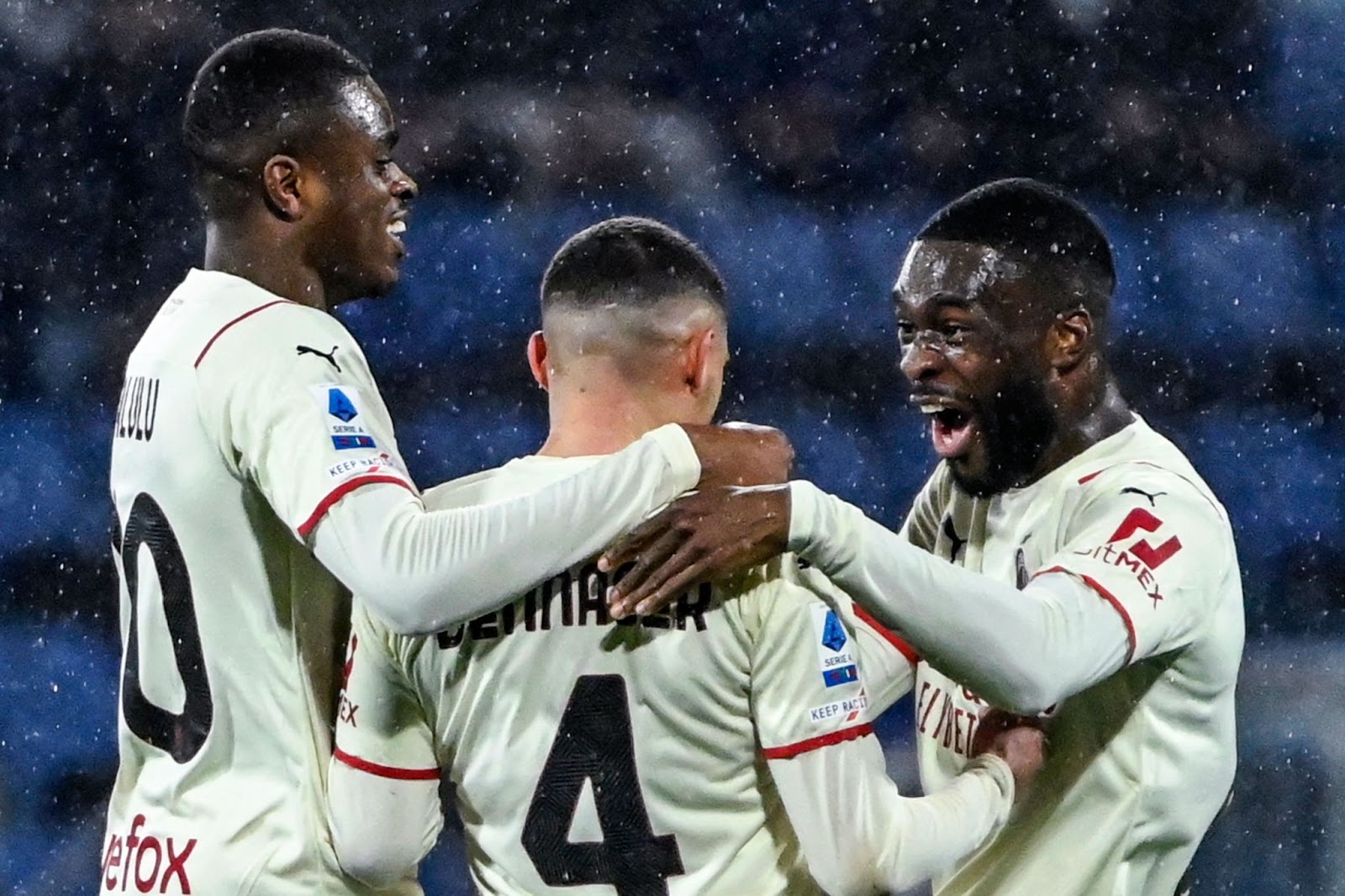