It was a very important Serie A weekend, perhaps decisive for the rest of the season. Let's take a look at how it unfolded…

Inter Milan have returned to the top of the standings thus completing an overtaking they had been targeting for months now.

AC Milan is becoming the protagonist of an amazing season and against all odds they led the standings for months, but on Saturday, Pioli and his team hit a thud against Spezia, in a sensational and dry 2-0 loss, which has displaced AC Milan fans and journalists.

Inter instead won against Lazio and thus completed the overtaking, led by the usual unstoppable Romelu Lukaku, the real leader of Antonio Conte's Inter. To understand how happy the Inter coach was at the end of the match, it would be enough to see the hug with the team after the 3-1 signed by Lautaro Martinez. The Nerazzurri stopped the Biancocelesti streak, which came from 6 consecutive victories. 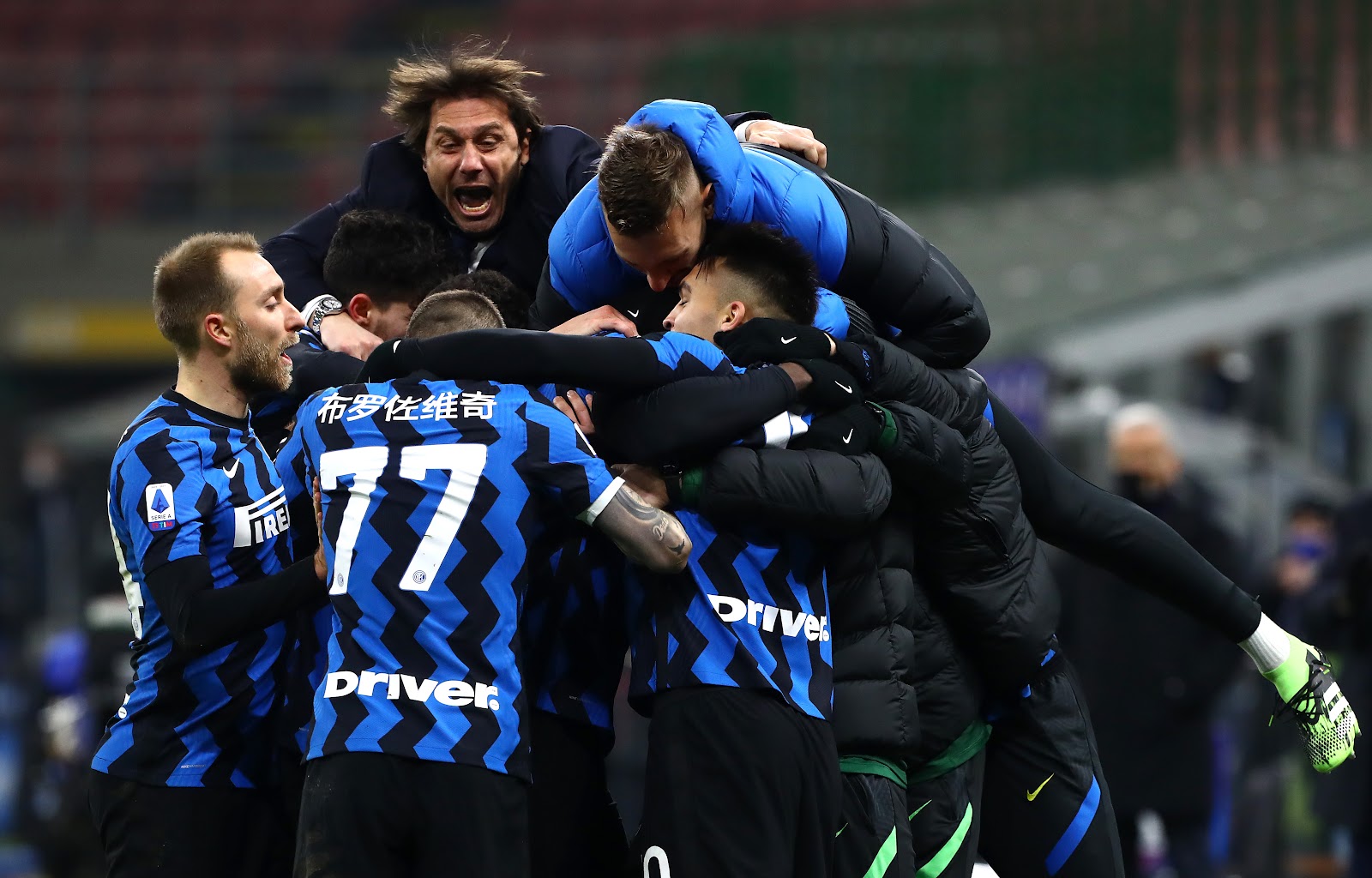 Another team that has responded in the best possible way to the criticism that rained after the defeat against Juventus is Paulo Fonseca's Roma, who returned third in the standings after the convincing 3-0 victory against Udinese, a match in which Villar canceled Liverpool target Rodrigo De Paul, while Pellegrini, Mhkitaryan and Veretout led the team (Dzeko still on the bench…) to the victory.

Fonseca has been having enormous difficulties in big matches since joining Roma. He has only won 3 times in 19 games (a sensational stat), but this always seems to take a back seat thanks to his impressive roadmap against mid-low ranking teams. Roma won all games except those against direct competitors. The Roma fans are hoping that the Portuguese coach will also be able to affect the big matches, so as to allow Roma to compete for the Scudetto as well.

Juventus, on the other hand, returned fourth in the standings (still awaiting the first leg match against Napoli, to be recovered at a later date).

In fact, Pirlo's team lost against Rino Gattuso's Napoli, a coach constantly discussed, who in the event of a defeat could even have risked his place on the bench. The goal scored by Lorenzo Insigne from the spot was decisive, from a much-discussed penalty kick by Pirlo and Juventus, for a slap of Chiellini against Rhamani. Napoli managed to get back in the running for fourth place, thanks to a very short ranking in the Champions League area. 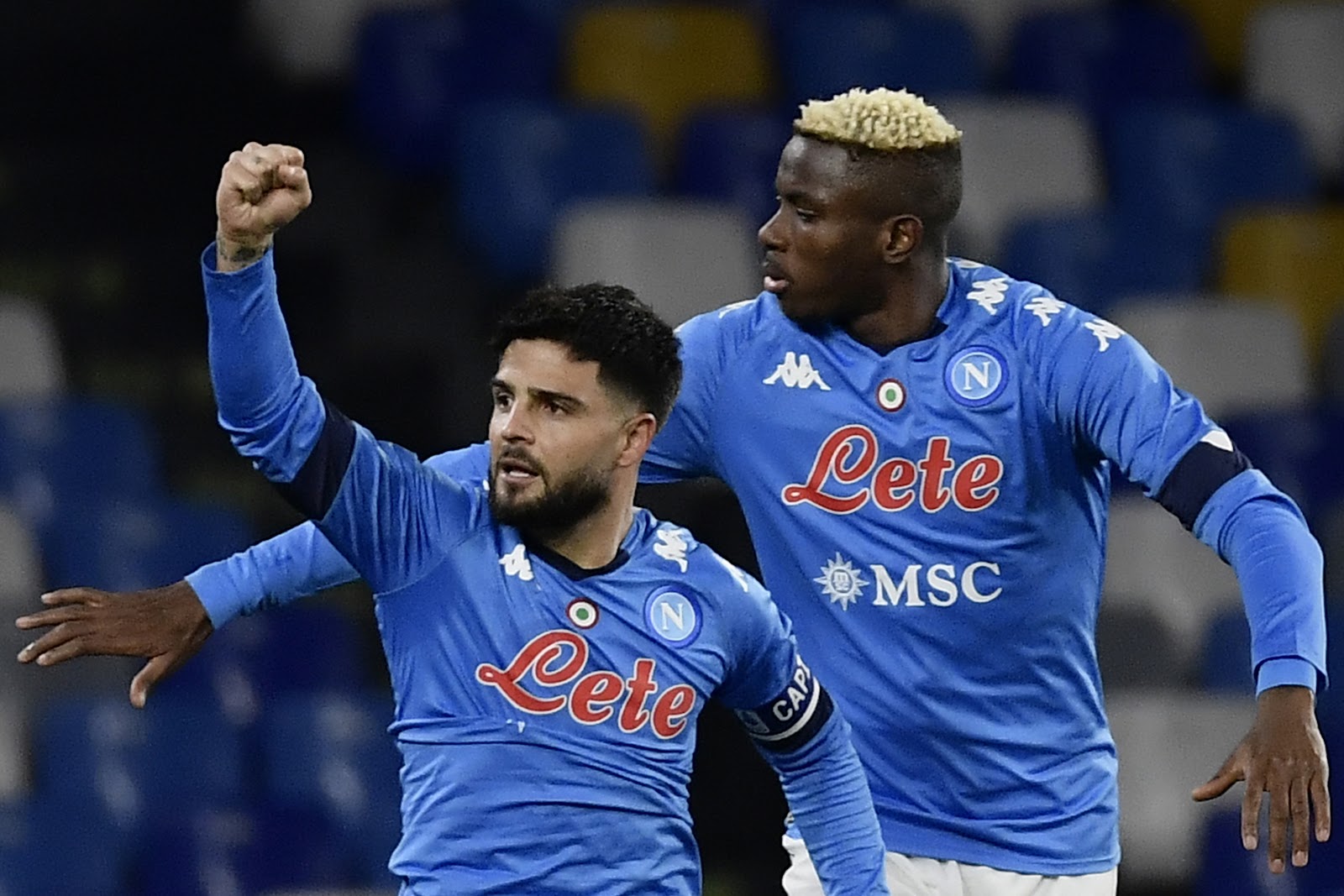 Insigne and Osimhen celebrate against Juventus

Still there, on equal points with the Neapolitans and now ahead of Lazio is Gian Piero Gasperini's Atalanta, a team that every football fan knows by now, due to the aggressive tactics of the Bergamo club.

Without Papu Gomez in the team (due to the shocking transfer to Sevilla, caused by personal problems with the coach), Atalanta won at the last breath thanks to a goal scored by Muriel against Eusebio Di Francesco's Cagliari, fresh from contract renewal but for too long without victories.

The relegation zone features teams like Fiorentina, Turin, Cagliari and Parma, all formations full of champions (Ribery in Florence, Godin in Cagliari, Gervinho in Parma, Belotti in Turin) but in great difficulty probably also due to the changes on the bench at the beginning of the season. At least is the case of Cagliari, Torino and Parma.

The most important results of the weekend were certainly those brought home by Inter and Napoli, for different reasons. The first to reach first place in the standings and return to dreaming and the second to save the bench of the coach, Gattuso.

The most interesting thing about Inter's victory and Milan's defeat is that next weekend there will be the Milan Derby, where once again we will see Lukaku face Ibrahimovic. Let's hope obviously not head to head like in the Italian Cup, which could represent a real turning point for the Serie A 2020-2021. It's a race for strong hearts and an absolute must watch if you love football.

Another very delicate match of the next weekend is the one between Atalanta and Napoli, because it could shake even further the waters in the Champions League area. Important and difficult matches also for Roma in Benevento and for Juventus against Stroppa's Crotone, another team that could change the coach in the event of new defeats.