It was supposed to be the weekend of the great matches, there was great anticipation for Lazio vs Atalanta and AC Milan vs Juventus, but both games ended 0-0, without goals, with few emotions and with few surprises in the standings. The most surprising result was certainly the one between Cagliari and Fiorentina, but let's see in detail what happened:

SURPRISE OF THE WEEK - Cagliari vs Fiorentina

In theory it should have been an easy match for Vincenzo Italiano's team, which could have gained ground in the champions' zone, taking points towards one or more teams between Juventus, Lazio and Atalanta, but the pitch told a different story...

Cagliari's Walter Mazzarri deserved more than a draw and threw away two points, having missed a penalty after taking the lead thanks to a goal from Joao Pedro.

A very disappointing result for Cristiano Biraghi (he missed a penalty at 0-0) and teammates. The absence of Dusan Vlahovic influenced the team and without him Fiorentina's actions always seemed harmless, or in any case not very dangerous.

Mazzarri is slowly making Cagliari raise its head, with positive results and a work culture that was probably lacking in that team. To avoid relegation, more points and more victories will be needed, but the new path taken by Mazzarri's boys seems to be the right one, after a long difficult period. 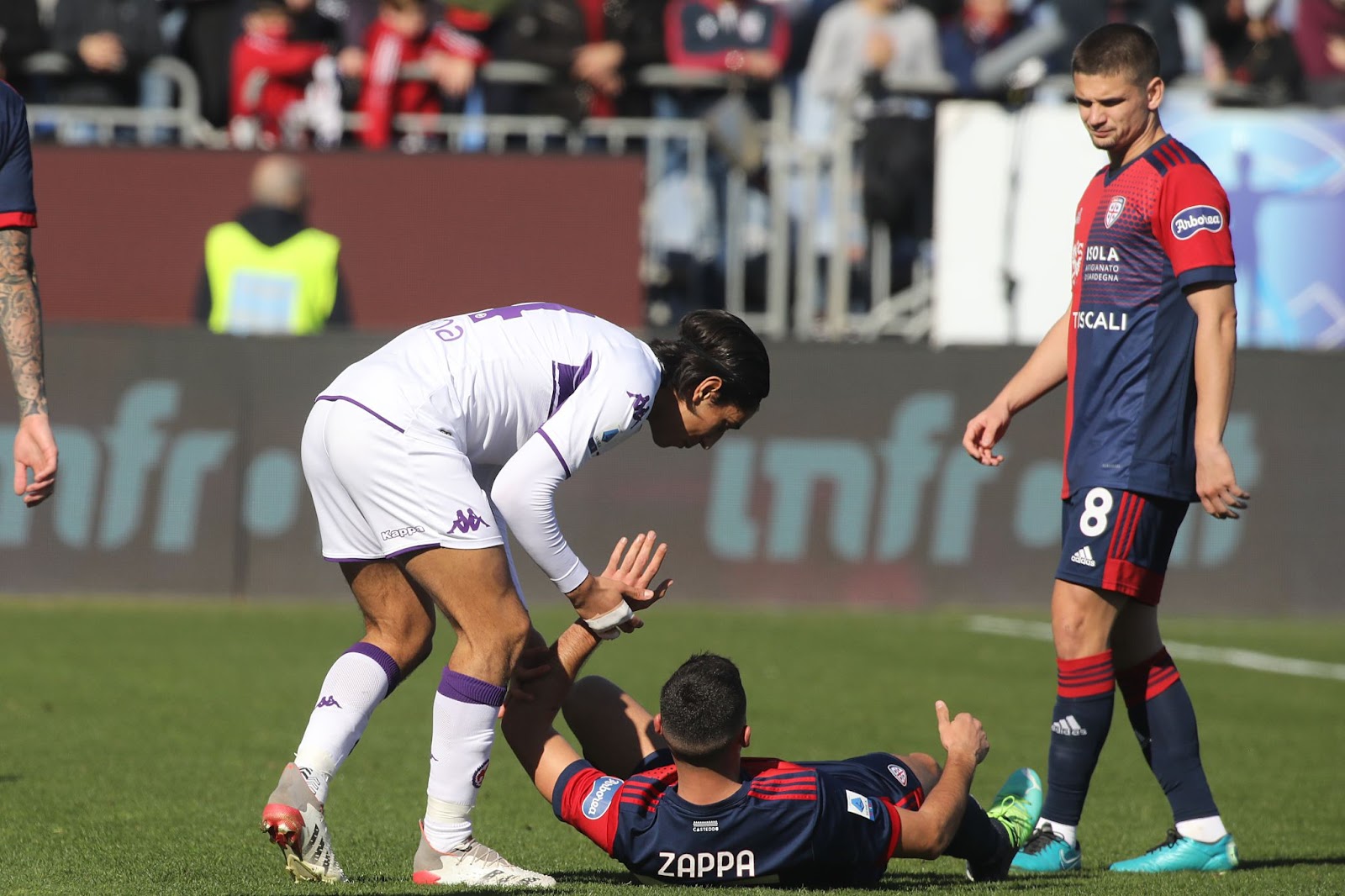 Fans of this column will know that the Serie A has a big problem with referees...

The managers of Italian football are trying in every way to make the Italian league an interesting product, one that can follow the steps of the Premier League, but the problems are many and the referee is only one of them.

Referees, however, matter a lot in football and their decisions could even determine an entire season. Every weekend something happens, every weekend there are controversies and the problem is that they are always justified.

Doubtful penalties (such as those given to Napoli against Salernitana, especially the first one), obvious fouls not seen by the referee (such as the hit of Edin Dzeko on Marco Modolo's face, after which Inter's equaliser goal arrived and as if not enough, the Bosnian scored the winning goal at the end in the match against Venezia), the kick received from behind by Alvaro Morata in the match between Milan and Juventus, not seen by the referee who was literally in front of them.

Often the direct consequence of the errors of these referees is that they are stopped for a round or assigned to the VAR instead of going on the field, but the errors of the referees decide the matches and once the points have been awarded it is no longer possible to come back.

At the time of the VAR all these controversies and all these difficulties should not be possible and we should talk only and only about football, fine goals and class plays, but this is not the case and Serie A continues to offer episodes often ludicrous.

The young English striker has already scored 17, but Jose Mourinho said he expects even more from him, he expects goals every game and Tammy seems to have taken it in word.

Always at the centre of the game, always cheering on his teammates and fans, the number 9 of Roma really took the team by the hand. Of course, he is not the only one, because there are other strong and decisive players, such as Lorenzo Pellegrini, Nicolo Zaniolo, Henrikh Mkhitaryan, the latest arrival Sergio Oliveira (another goal against Empoli), but considering the age of Abraham and considering the fact that this is only his first season with the Giallorossi, in fact it is only the first six months, it is actually something remarkable.

In the last weekend he scored a brace at Empoli and considering that the match ended 4-2, it is clear how much it affected the final score.

Mourinho asked him to score a goal per game, he scored two in the last. If this continues, Chelsea's regret will be bigger and bigger. 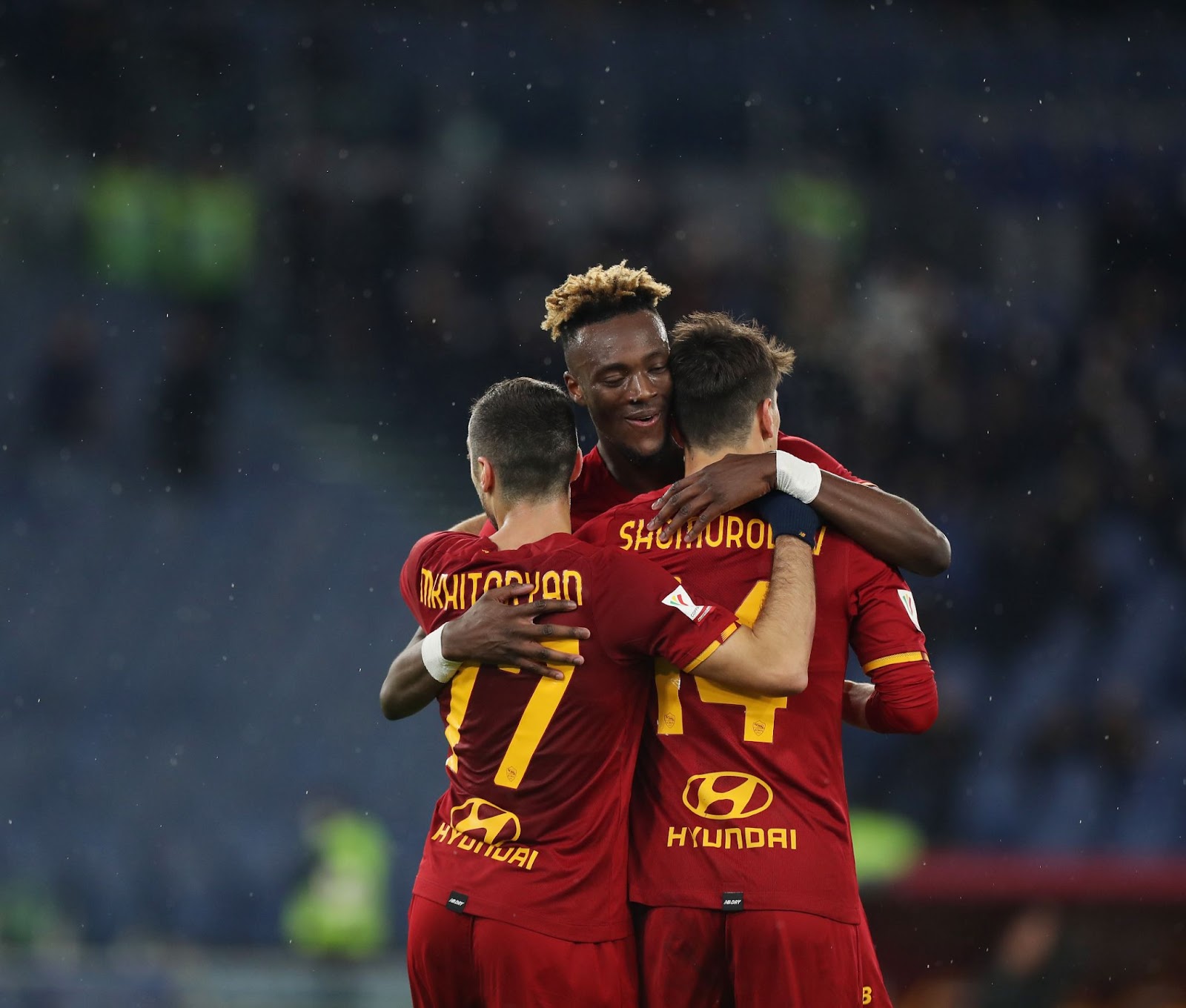 COACH OF THE WEEK - Thiago Motta

Before Christmas he seriously risked being fired. Had it not been for a financial penalty in his contract, indeed, Thiago Motta would have been dismissed and today Spezia would not have collected the victories against Milan and against Sampdoria and who knows where they would be in the standings.

Despite absences and injuries, Motta managed to transfer a strong and solid identity to the Spezia group, which match after match continues to amaze and give emotions. His coaching career has only just begun, yet Motta has already shown that he is good at both motivating his players and making them play well and profitably.

Surely having been coached by great players and having played in great teams is helping him and it is evident.