The Race for the Scudetto has ended. The 2021-2022 Serie A season is over and has announced its verdicts: Milan won the Scudetto, Inter surrendered on the last day. Napoli and Juventus in the Champions League, Roma and Lazio in the Europa League, Fiorentina in the Conference League and Cagliari, Genoa and Venezia will play in Serie B next year. Let's see what happened in the last Serie A weekend…

COACH OF THE WEEK - Davide Nicola

Everyone will rightly want to reward Stefano Pioli, who led Milan to the Scudetto victory in a very surprising result given the premise of the season, but if there is a coach who deserves the "coach of the year" award (here we are talking about the one of the week) is Davide Nicola.

He made it. Incredible, but he did it. Salernitana are safe and will not go to Serie B and next year will continue to play in Serie A. An extraordinary, miraculous, almost unbelievable result if we think about the points that the team had in the standings on December 8.

Eight points. No, it is not a mistake. The team that had only eight points in the standings in December will play again in Serie A. How is that possible? You have to ask Davide Nicola, the man of miracles, probably the only coach capable of being able to save a team in such difficulty. It is not the first time in his career but it is certainly the most sensational and incredible success. On Sunday, Salernitana lost 0-4 to Udinese, but thanks to the draw between Venezia and Cagliari, they will stay in Serie A.

An incredible and unexpected result, thanks to Nicola's great work, which made an entire people dream and made his team play well and win several games. Congratulations to Nicola! 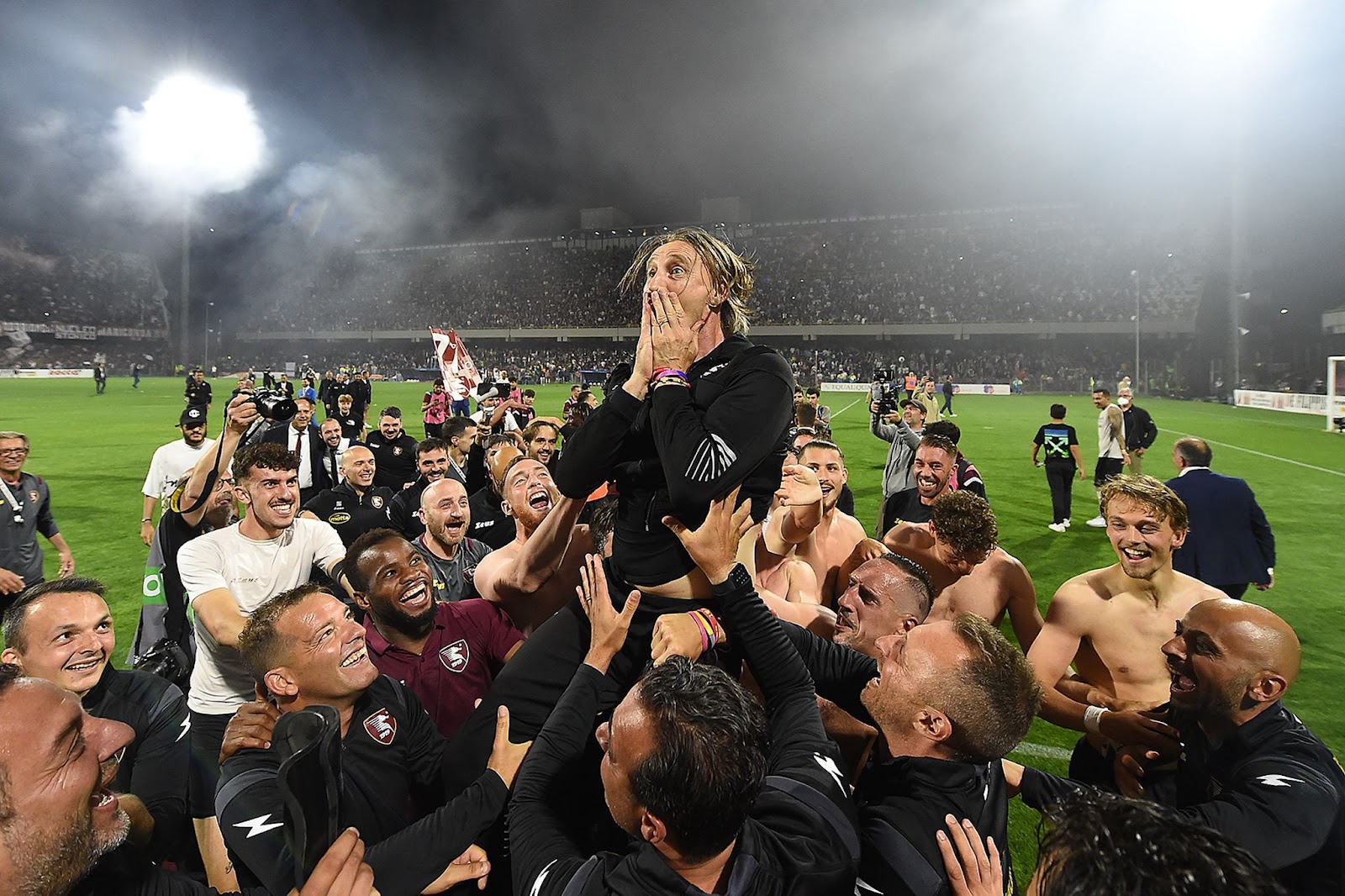 Still him, always him. Of course, the usual Lorenzo Pellegrini, the captain of the Giallorossi, also scored, but with the double scored against Torino, the former Chelsea striker reached 27 goals this season, 17 in the league, extraordinary numbers given that this is his first season in Italy and with the Roma shirt.

First a great goal, the one that opened the match, after a couple of dribbles on Torino's defenders, then the second goal, scored on a penalty kick, whistled by the referee precisely for a foul by Berisha on him.

Thanks to his two goals, Roma have secured sixth place in the standings, but above all the qualification for the next Europa League through the championship. Strongly wanted by José Mourinho during the summer transfer market, Tammy Abraham immediately became one of the leaders of Roma and has never stopped showing it, one goal after another. 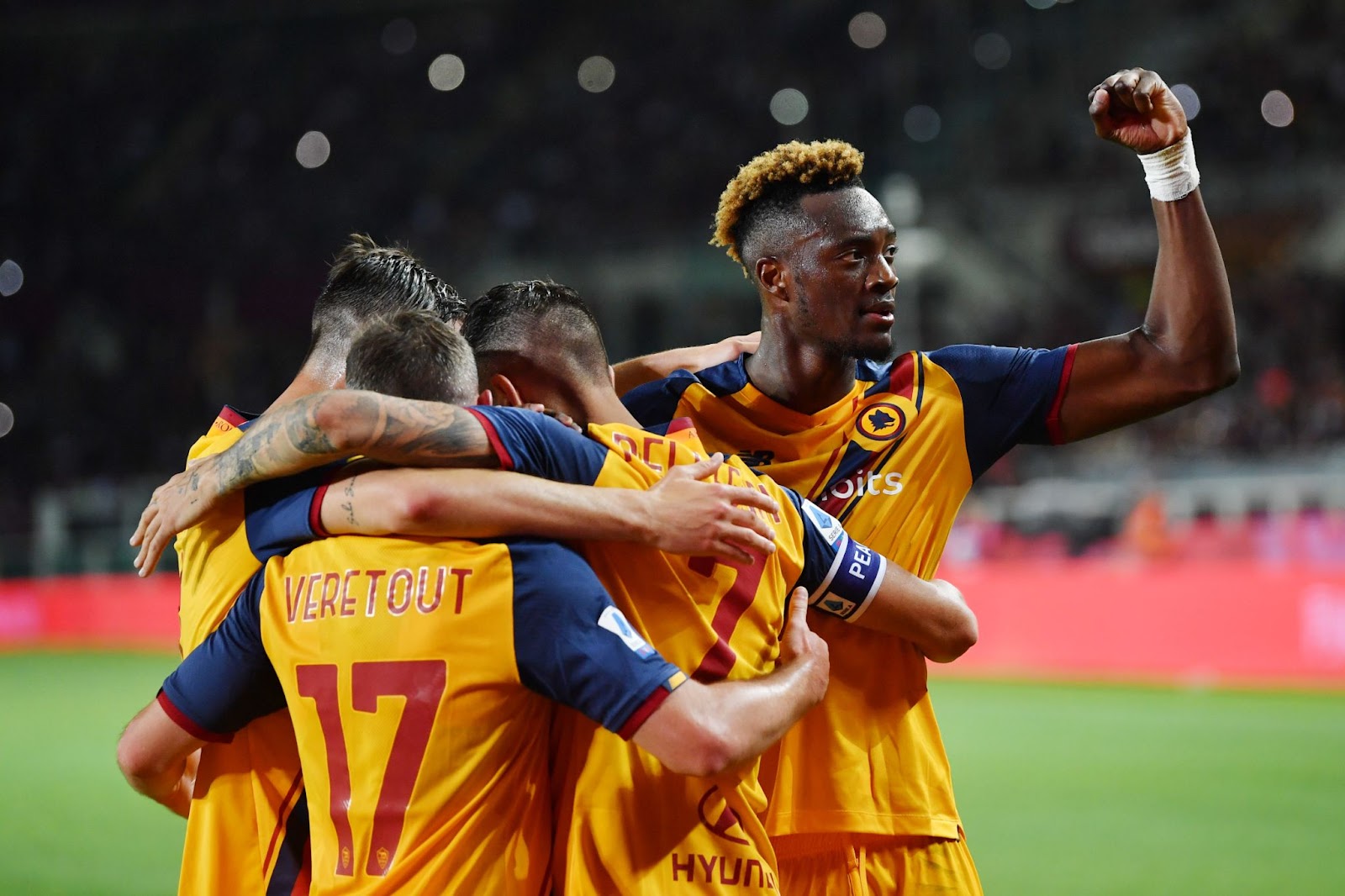 Simply extraordinary. A three-year job, which began not a month or two ago: there is nothing accidental in the Rossoneri's victory.

Pioli managed to beat Simone Inzaghi and his Inter at the photo finish, right at the finish line, during the last day, but the title raised on Sunday is simply the crowning of a journey that began years ago, carried on with courage and with the strength of ideas. Has Donnarumma left the club as a freelancer, because they couldn't find a deal on the new contract? Milan took Mike Maignan, probably with Tonali, Leao and Theo Hernandez, one of the most important men for the final victory.

Courageous choices, made by Paolo Maldini and Ricky Massara, directors who proved to be top-tier, shared and carried on by Stefano Pioli, the coach who thus won his first career title, after having risked being sacked for two years. The club had patience with him, believed in him and Pioli repaid their trust with the most important national trophy.

Next year things will change, there is no doubt, all the teams will strengthen. Allegri will want to return to fight for the first place, Napoli will try to make the leap, Mourinho and Roma hope to be able to take a big step forward, Inter will want and will have to return immediately to give a strong response to the Milan title, but the Rossoneri have shown that they have the right and courageous ideas and have been able to carry them out without fear of failure.

Tomorrow is all to be written, but the present belongs to Milan and it was an absolutely deserved victory. 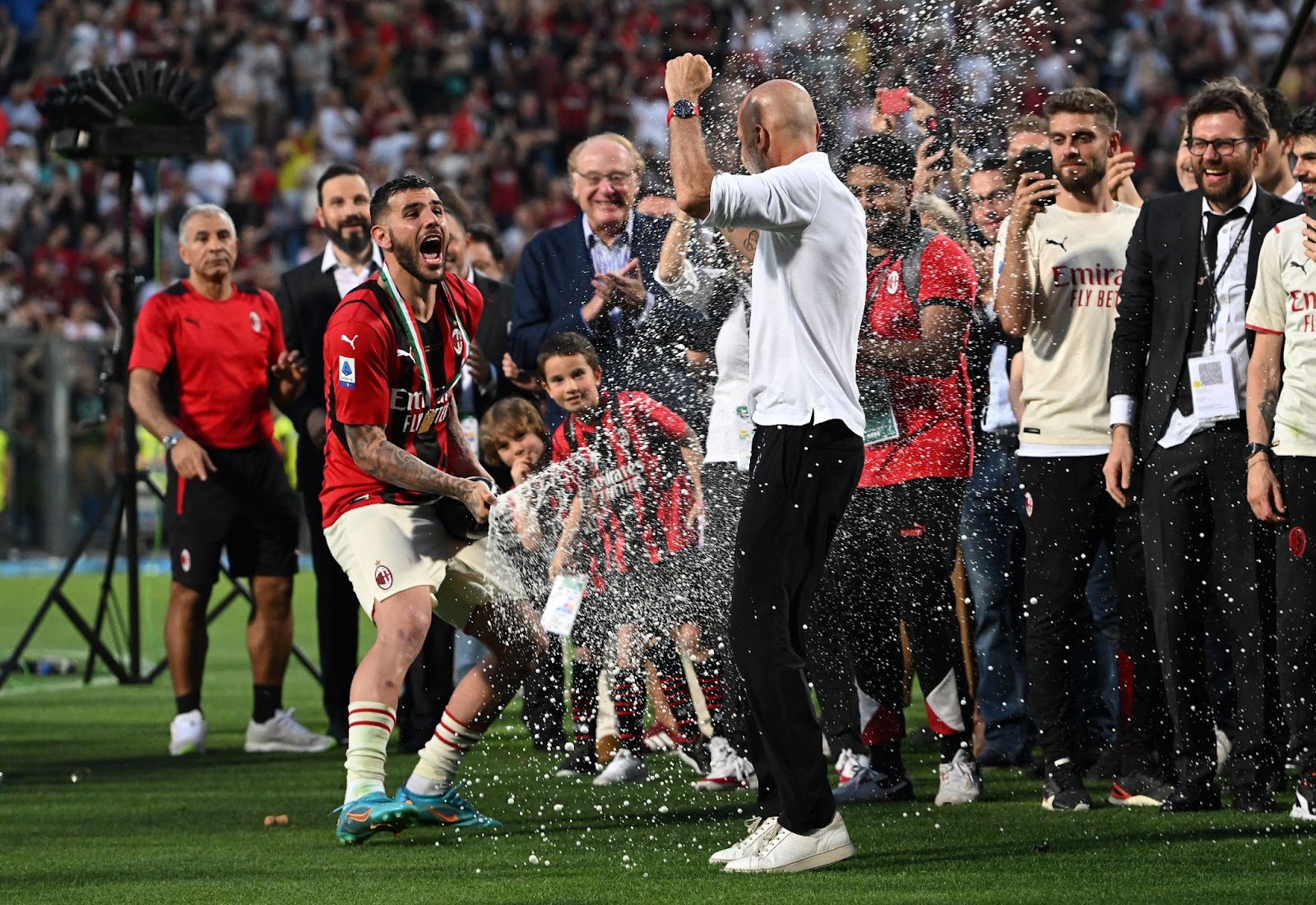 At the beginning of the season, no one could have predicted Gasperini's Atalanta out of all European competitions for next season, eighth in the league and with a technical project full of question marks and problems to solve. Yet things went exactly like this.

Fiorentina finished the season in seventh place, Gasperini's team in eighth and the next year will only play in the league. It is not clear if next year he will still be in Bergamo or not, but what is certain is that in case there will be a lot of work to do to rebuild the team and the project, because this year Atalanta has almost never given the idea of being the team of the past few years.

Probably the cycle is over, he will probably have to rejuvenate and improve the team, but Saturday's defeat against Empoli (who won very few games in the second half of the championship) is truly the latest disappointment of the season. Among Andreazzoli 's men it was Stulac who decided the match, condemning Atalanta to deal with all their problems and weaknesses.

STAY TUNED FOR THE UPCOMING RACE FOR THE SCUDETTO - SEASON REVIEW!