PSG and Raiola have put it on a plate: Why it's time for Man Utd and Pogba to split

If it's going to happen, it has to happen now. Pogba and his sale. The player wants the move. The agent also. And even Paris Saint Germain, the buying club, are willing to play fair with United. Yeah, they'll take a hit on the €100m that was poured into Juventus' coffers five years ago. But €50m for player with eleven months left on his contract isn't a bad deal. And it can be made sweeter if United are clever - more on that later...

As mentioned, Pogba wants it to happen. A phone hook-up a fortnight ago with Nasser Al-Khelaifi, the PSG president, and his sporting director, Leonardo, only affirming what he and Raiola had discussed the days previous. That debrief had come after Raiola's very public meeting with Al-Khelaifi in Nice earlier this month. There was no cloak-and-dagger with this one, both men were spotted and allowed us all to put two-and-two together.

Then came the phone conference with Al-Khelaifi and Leonardo. And finally, news broke in England last week of Pogba turning down United's proposal of a new £350,000-a-week contract. Step by step, it's becoming ever clear that Pogba - if his side of the table get their wish - will be a PSG player by the time this summer's transfer window is slammed shut.

The fans - at least the vast majority - want this too. Soundings from the Collectif Ultras Paris have already reached members of Pogba's entourage over the last 24 hours assuring them that the supporters' group had nothing to do with the banner left outside the Parc des Princes. "Pogba, you should listen to your mother, she doesn't want you here, neither do we", was the claim, though representatives of PSG's major supporter groups are insisting the message has come from individuals and not any official fans associations.

For Pogba, the move has made more sense as the summer has rolled on. Gigio Donnarumma's arrival from AC Milan. Gini Wijnaldum's from Liverpool. Pogba has been able to see the words of Al-Khelaifi and Leonardo turned into action. At 28, he wants to be winning trophies again - just as he did as young player with Juventus. And he wants a shot at winning a Champions League medal. Beyond everything that was discussed with PSG's powerbrokers, the midfielder was left in no doubt about the club's ambitions for the game's biggest trophy.

Eric di Meco, part of that brilliant Olympique Marseille team of the early 1990's, summed up the situation perfectly: "Pogba has big ambitions. He is world champion, he played for Juventus, he plays for Manchester United. But in the end, he was unable to compete with the greats of Europe in the Champions League. Though now with PSG, yes he can.

"He must go to a team capable of winning the Champions League.

"Where, apart from Paris, do you want him to go? It's time for him to leave." 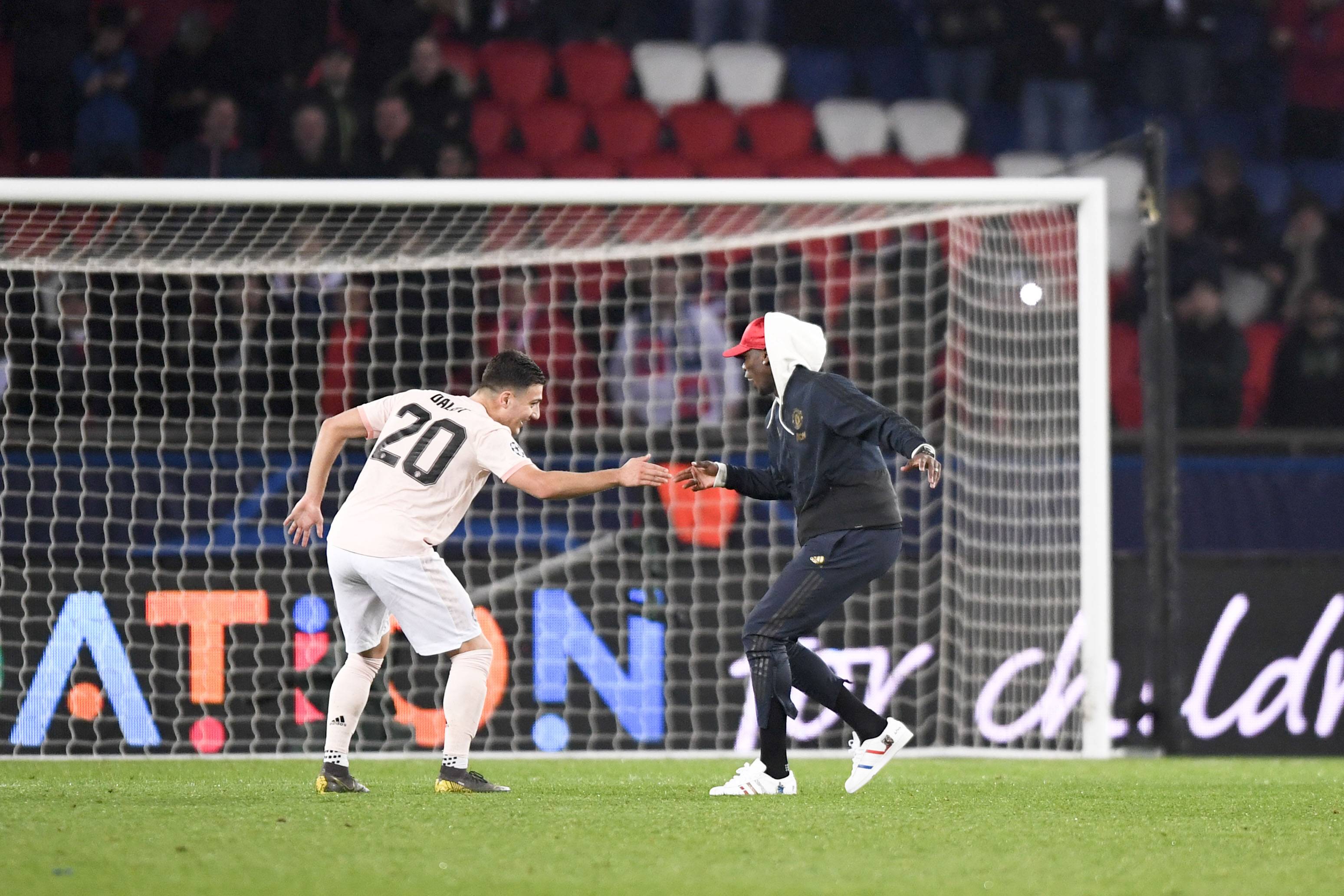 And it's also "time" for United to sell. Whether by fault or design, they've been preparing for this for 12 months. Donny van de Beek essentially arrived last summer from Ajax as Pogba's replacement. Talks with Real Madrid and their president Florentino Perez had carried on from the previous close-season window. There was an expectation that Pogba would go.

That it's now a year later and a different club should matter little. United have their succession plan in place. Indeed, it can be argued after a year of acclimatising himself, Van de Beek and United will benefit from the delay.

So there's no reason to stall. There's no reason for Pogba to front up to Carrington for preseason training. After his time away with France at the Euros, he can use his extended break to start packing for a return home to Paris. There might be some back and forth over the breakdown of the fee, but United should be happy with €50m. And such a deal could be made sweeter if United box clever...

You can imagine Romain Poirot, now entering his third year as United's France-based scout, pushing the prospect of ferrying a PSG youngster away as part of this Pogba deal. Edouard Michut, Timothée Pembélé and the highly-fancied Xavi Simons have all been watched extensively by Poirot over the past 18 months. The opportunity to follow up last year's coup of securing Willy Kambwala from Sochaux with a young gun from PSG's academy will surely be on the table. United management have made it known over the past two years that they're taking the French youth market seriously again.

So there's an opportunity for United to make the most of this deal. Watching Hannibal find his way into the first team last season, while they're sidelined at PSG by the club's big spending and a reluctant Mauricio Pochettino, will offer United some influence with these kids should they insist a makeweight come their way during negotiations.

But beyond the actors in the deal, there is real symbolism in this sale. In the week that we learned of Pogba rejecting United's offer, his manager was agreeing terms on a new contract to 2024. A new chapter now launched in this era of Ole Gunnar Solskjaer. With a new player also now signed up in Jadon Sancho, one whom boasts the United "entertainer's DNA", as Solskjaer put it. And perhaps a new chance - after three summer windows of speculation - to finally cut ties and take the team forward without Pogba.

And thanks to the player and his agent, no-one inside United can claim they were caught unawares. It's all in place. It's time for Manchester United and Paul Pogba to part ways.