Liverpool boss Klopp storms away from interview: You're not a nice person! I'm no idiot!

Carragher raps Man Utd boss Solskjaer: It was a silly thing to say

Arsenal great Henry: Liverpool striker Salah NOT the best in the world

Manchester United kicked off their preseason friendly programme with victory at Derby County on Sunday.

United manager Ole Gunnar Solskjaer fielded a mix of youth and experience in his first line-up of the new campaign, with Tom Heaton handed a second debut for the club after his return from Aston Villa.

United went ahead thanks to an interception and scrambled goal scored by Tahith Chong. The Holland U21 winger has signed on-loan with Birmingham City, though is doing his preseason training with United.

The visitors went further ahead through Facundo Pellistri, who struck after a superb through ball produced by fellow youngster Shola Shoretire.

Veteran Derby striker Colin Kazim-Richards hit a superb late goal for the hosts after a United pass was intercepted. Kazim-Richards collected the ball and fired his long range effort past Lee Grant in United's goal.

Here we have some of the best images from a sunny day at Pride Park: 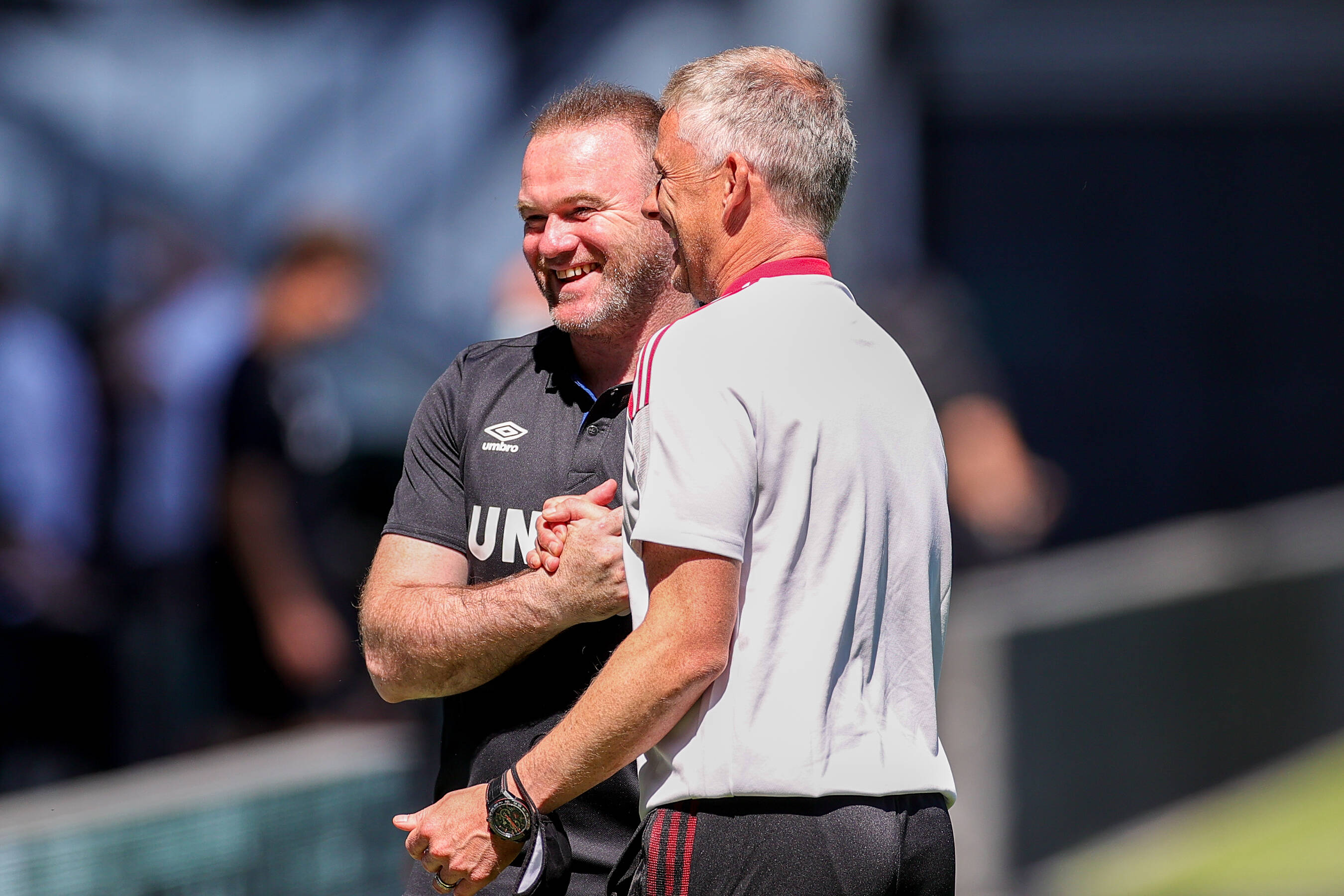 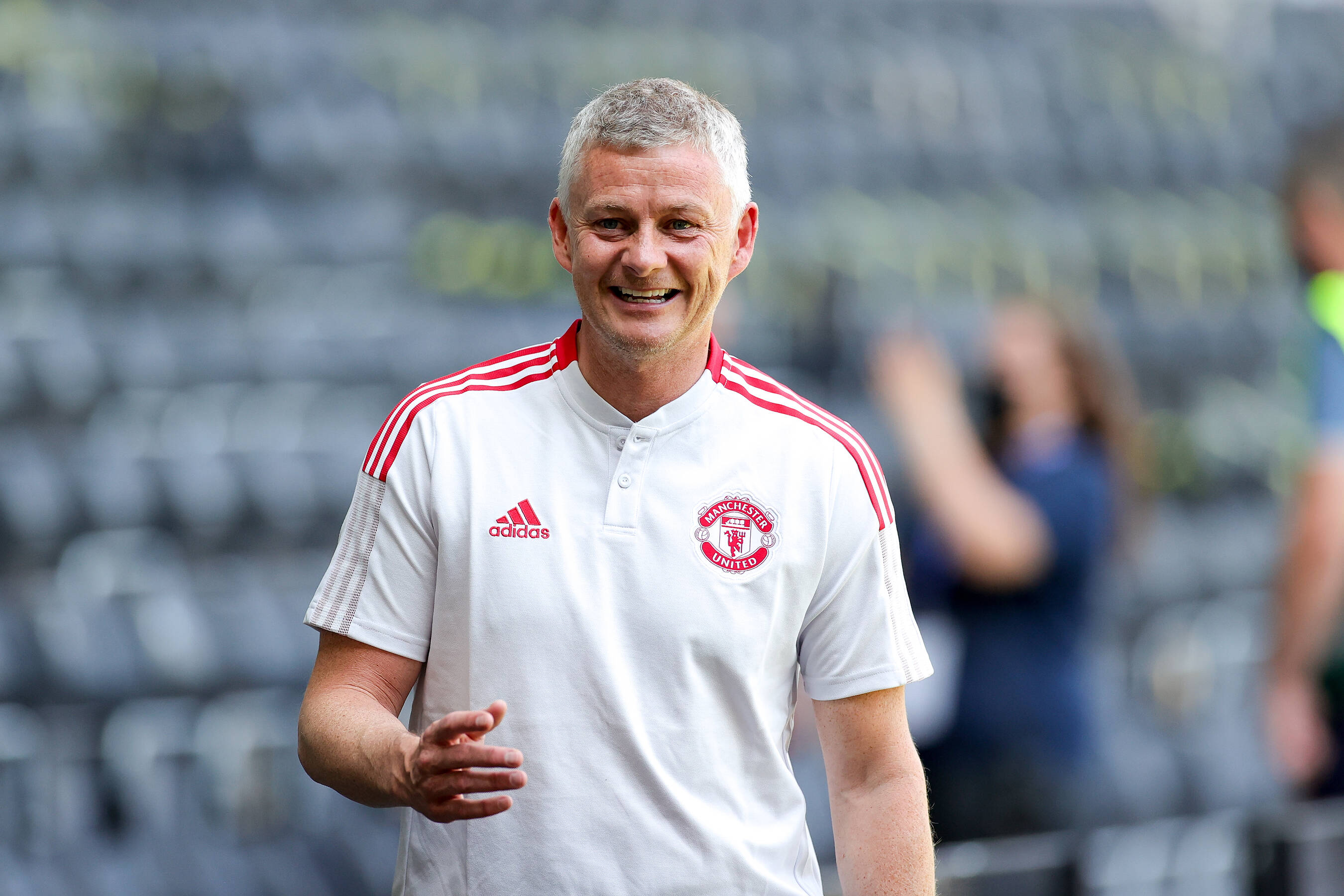 Solskjaer welcomed back Jesse Lingard after his time away last season on-loan at West Ham United. 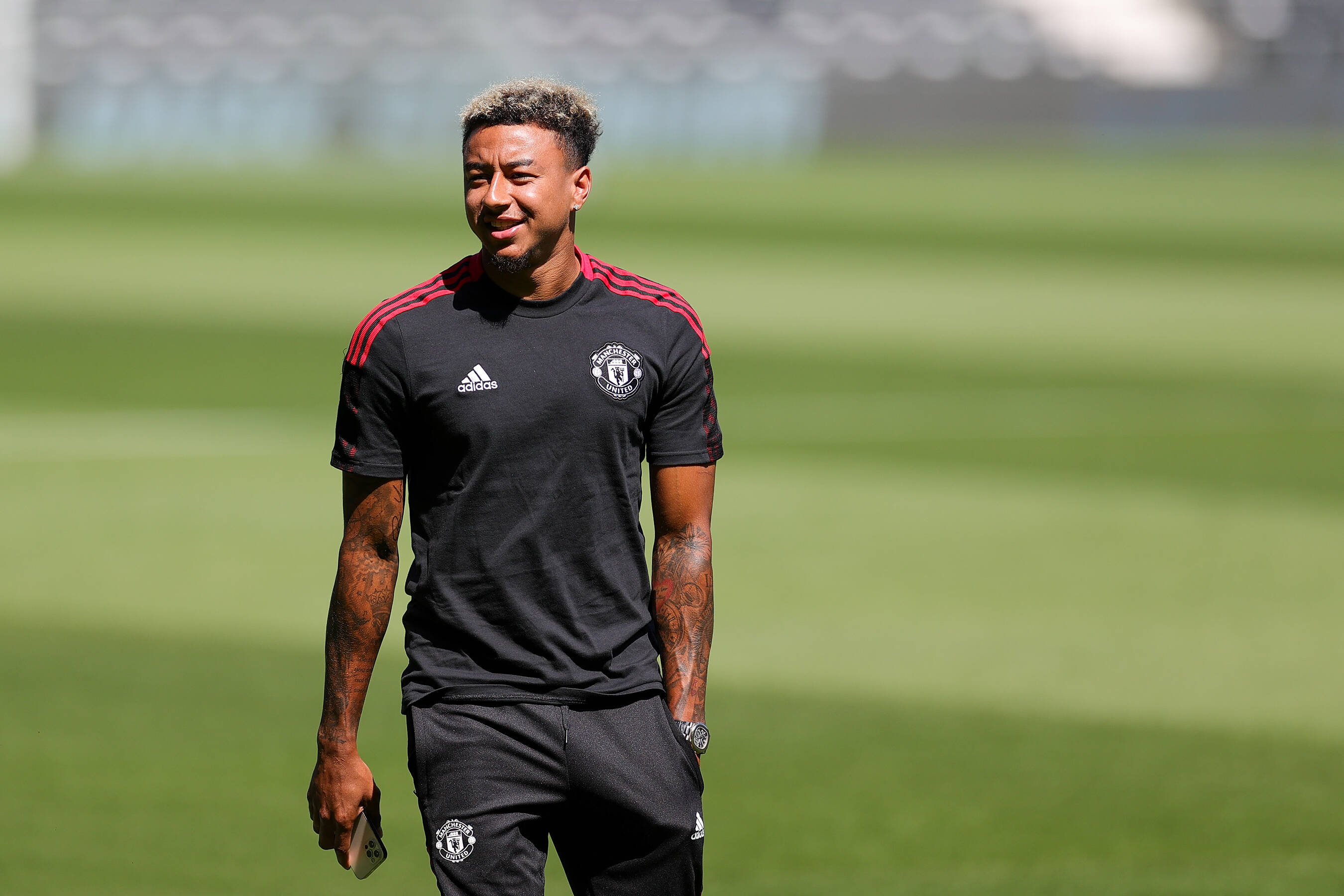 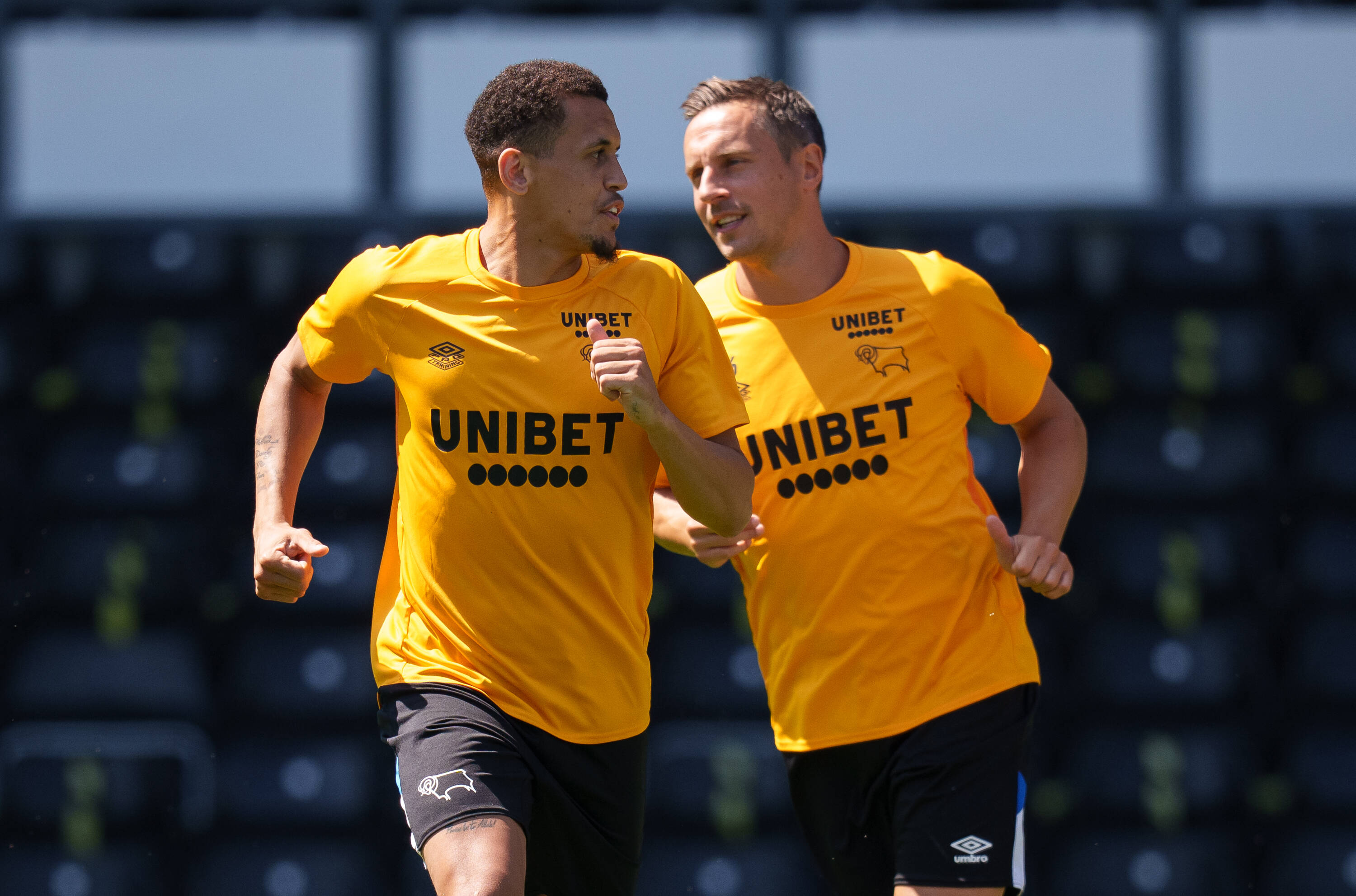 Former United FA Youth Cup winners Lingard and Morrison were reunited on the pitch on Sunday. 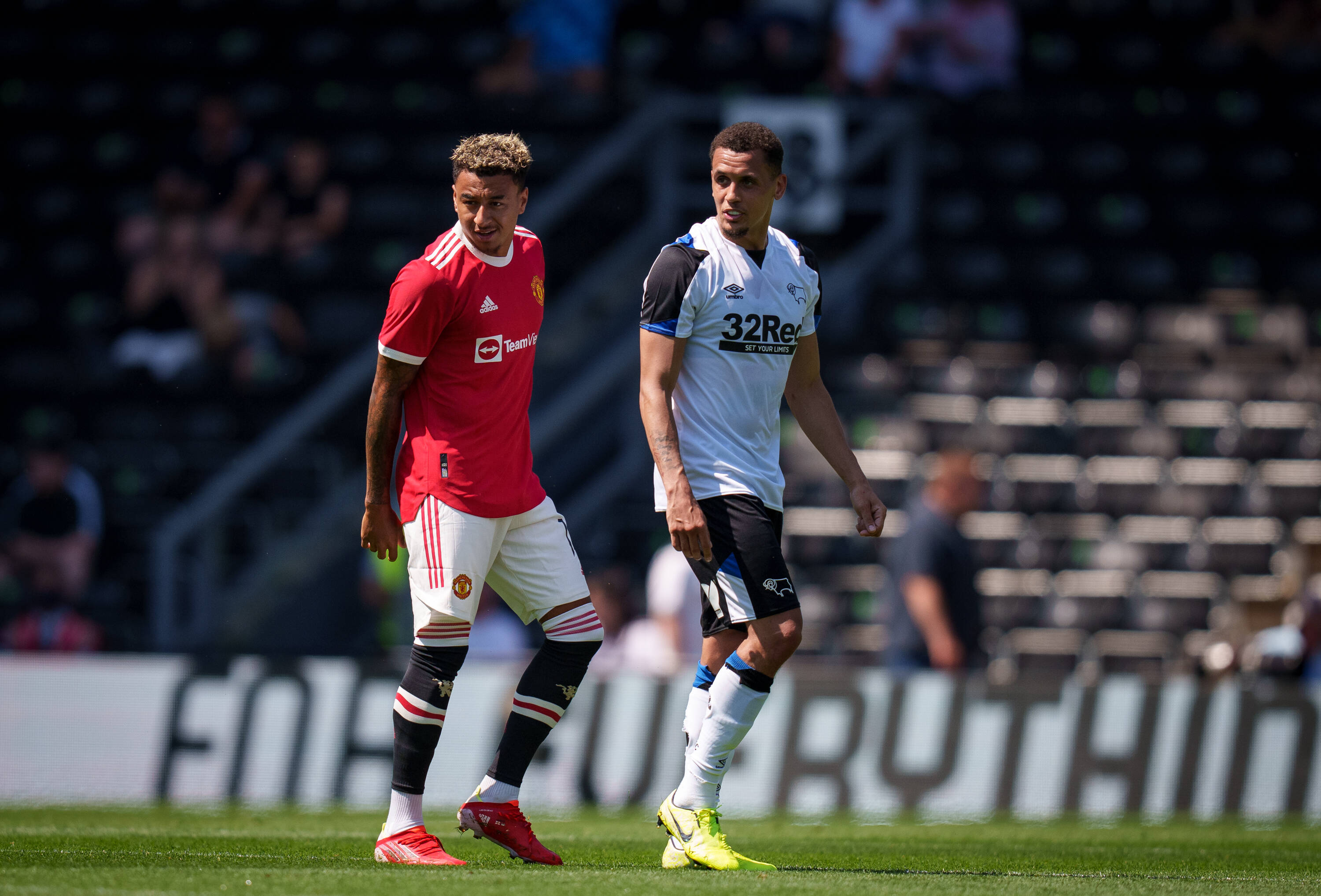 Heaton was also back for United after re-signing from Aston Villa. 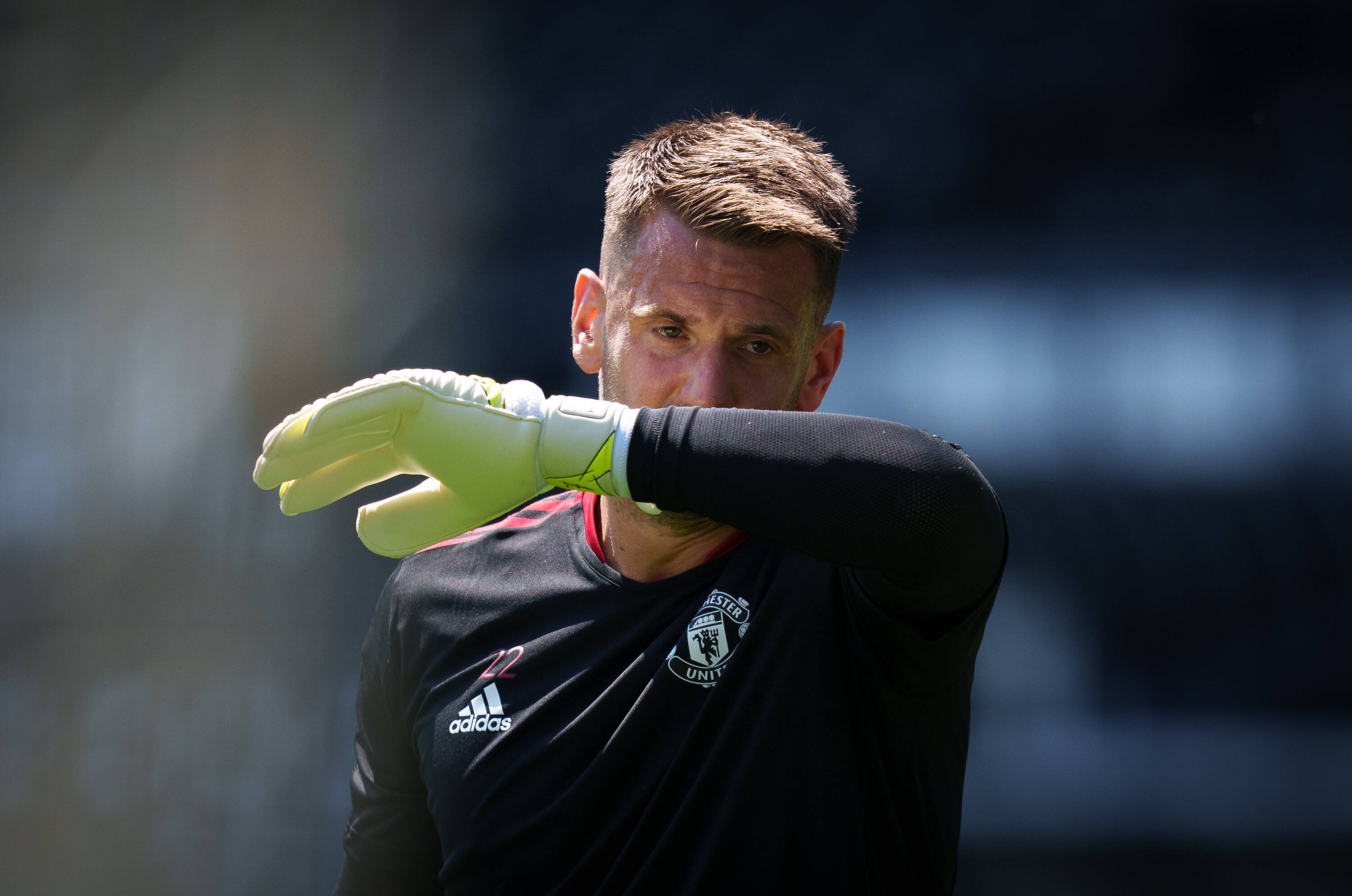 Chong struck first, latching onto a loose pass before clipping the ball into the Derby net. 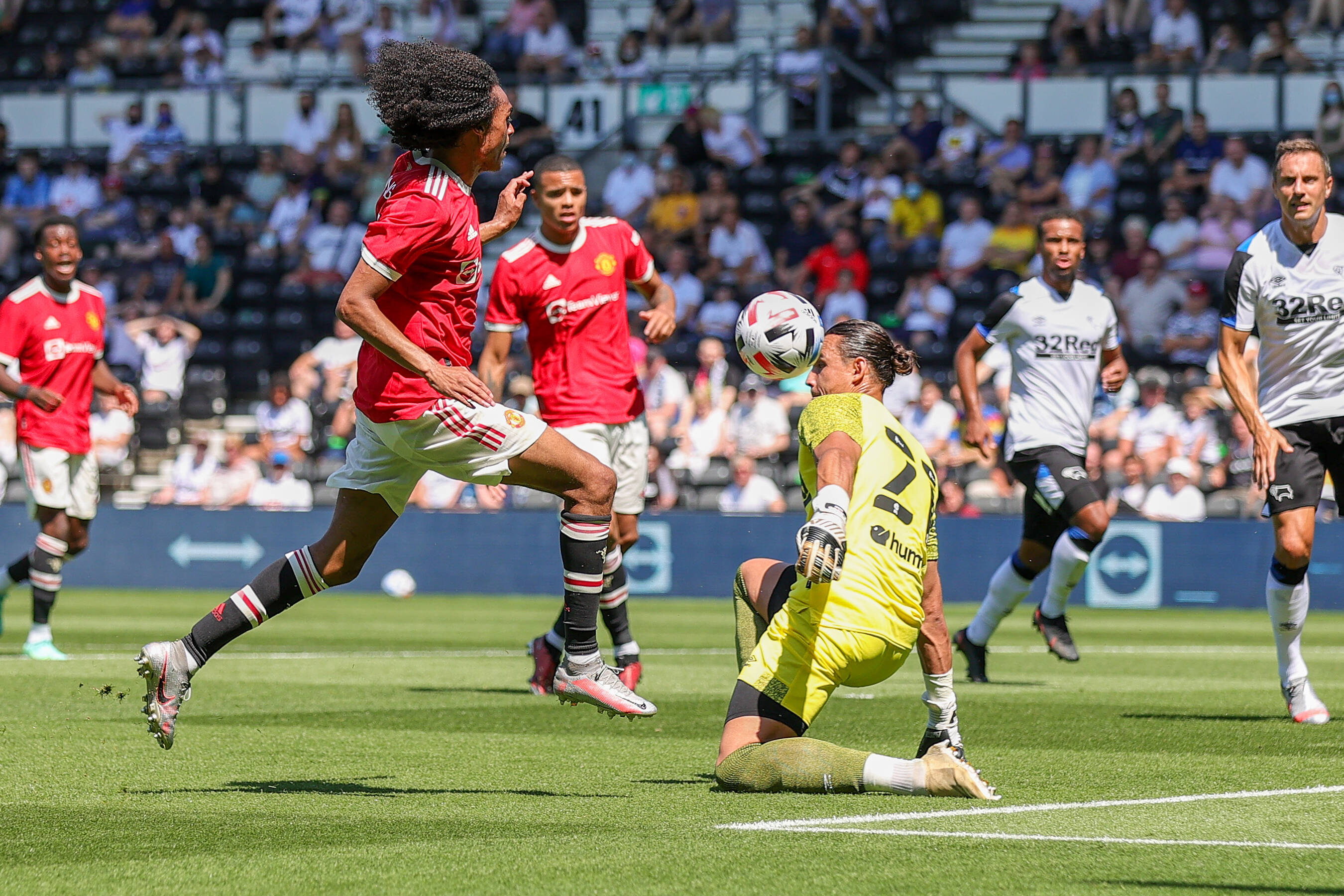 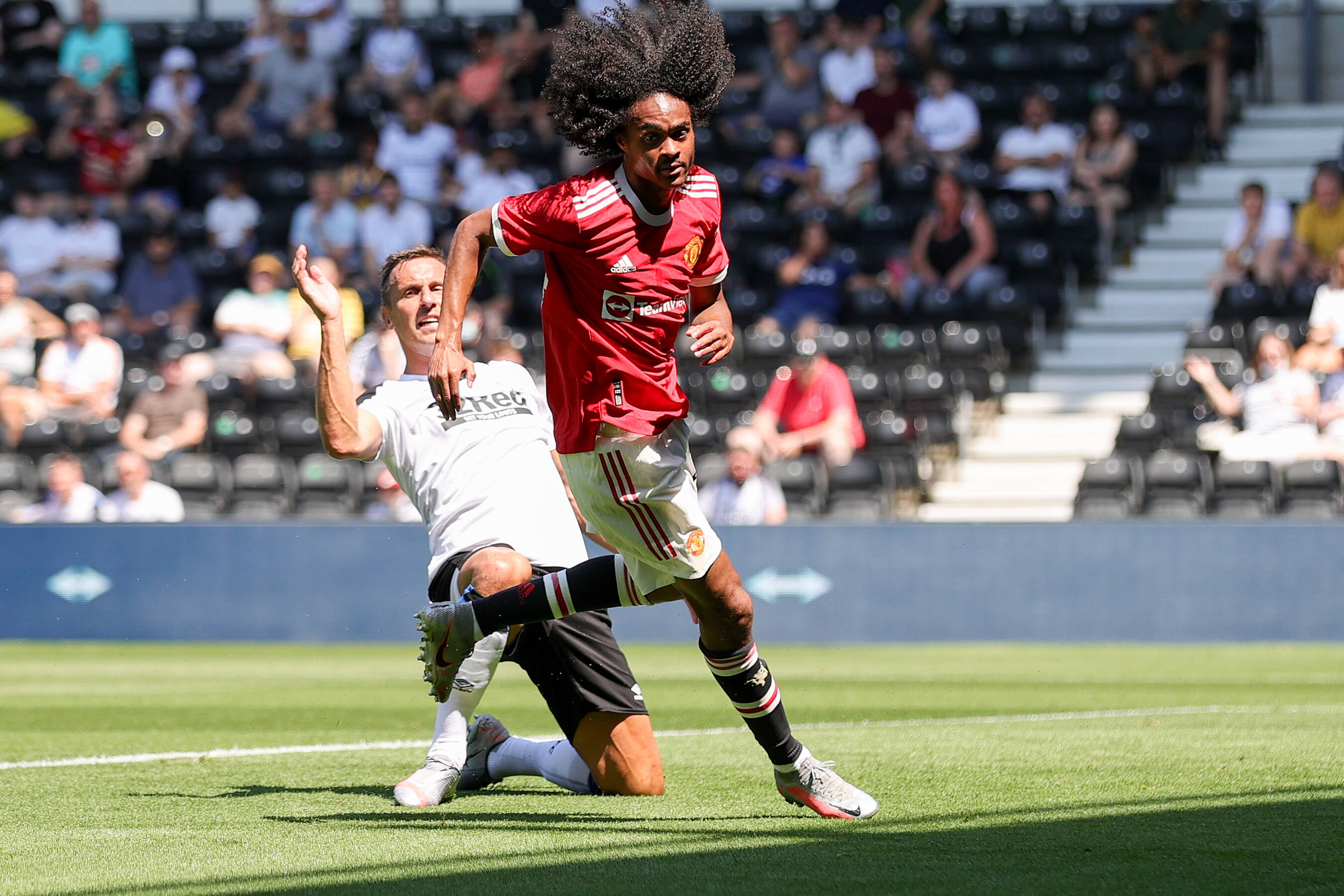 After halftime, Pellistri finished coolly after a clever pass from Shoretire. 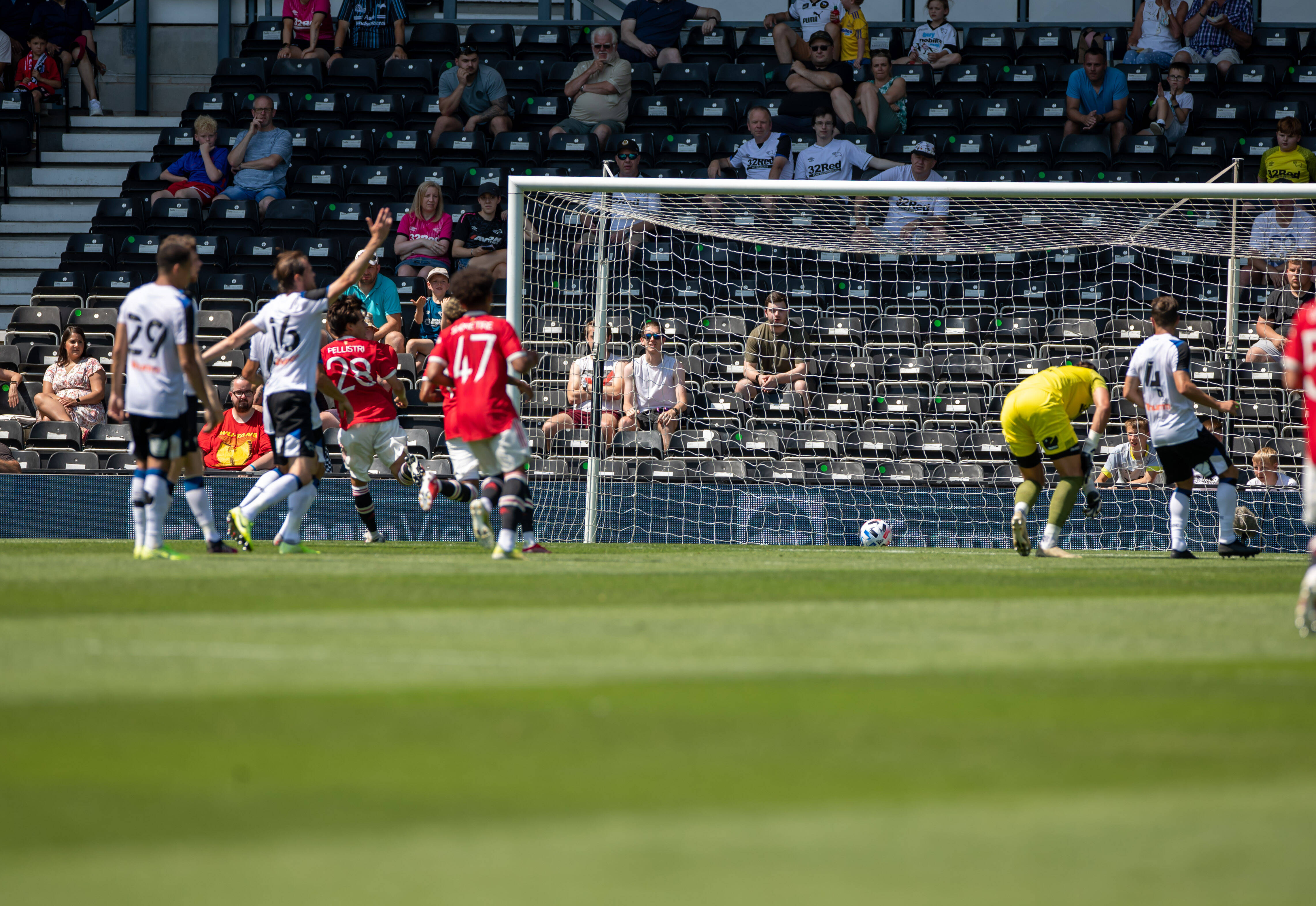 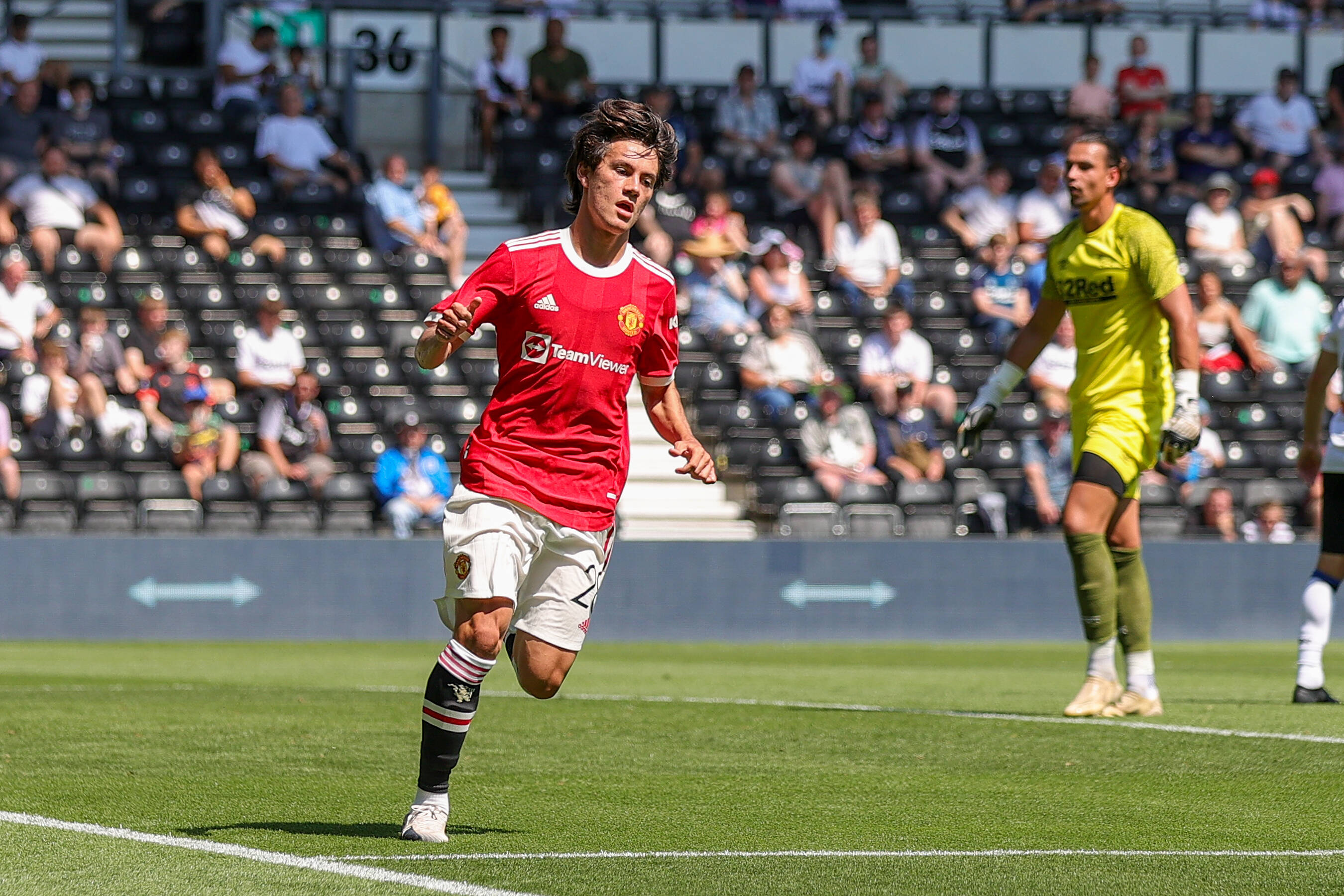 Derby pulled a goal back via Kazim-Richards and pushed for an equaliser, but couldn't find a way through. 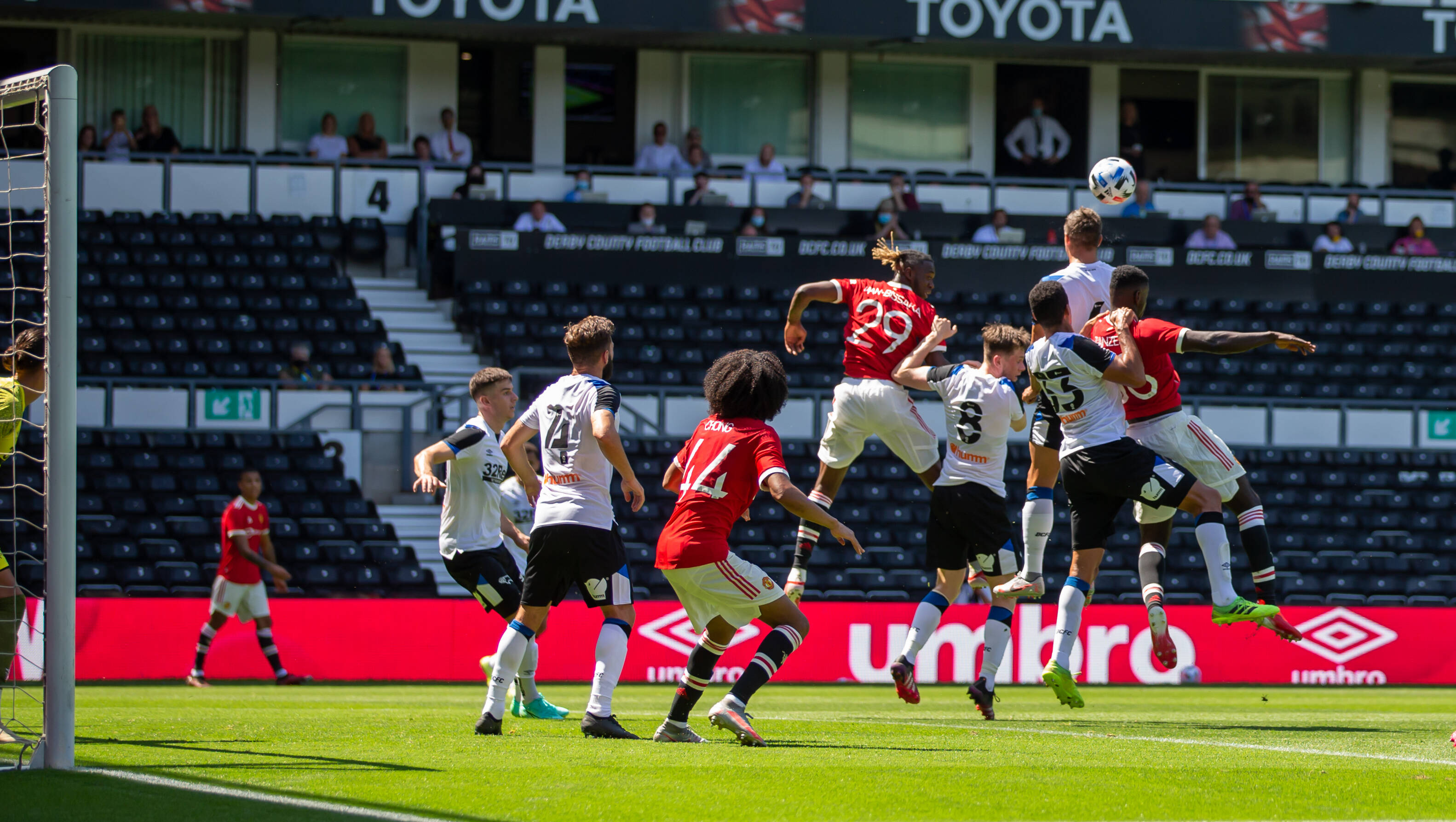 Significantly, at the final whistle Rooney made a beeline for Teden Mengi, who is wanted back at Derby on-loan. 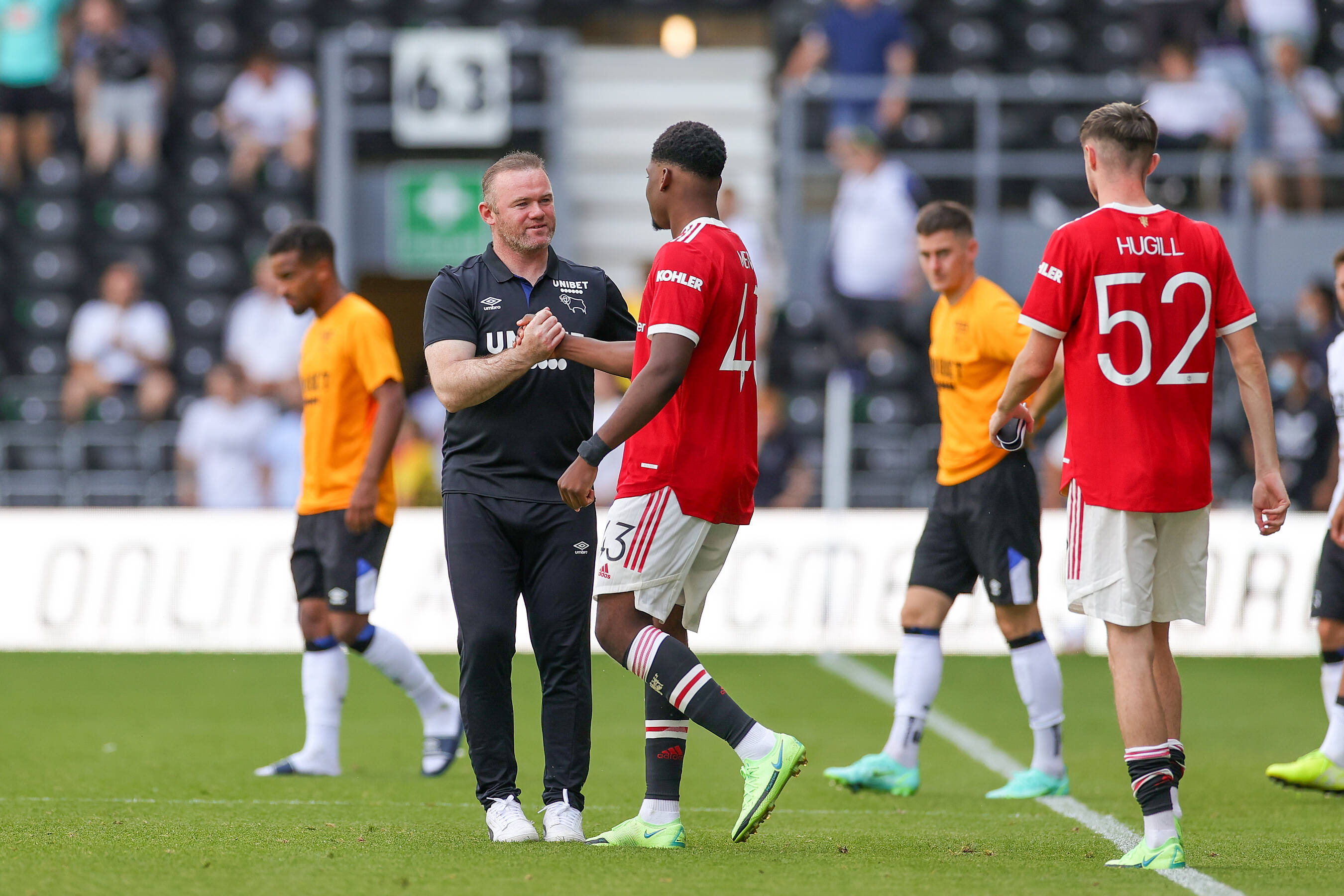 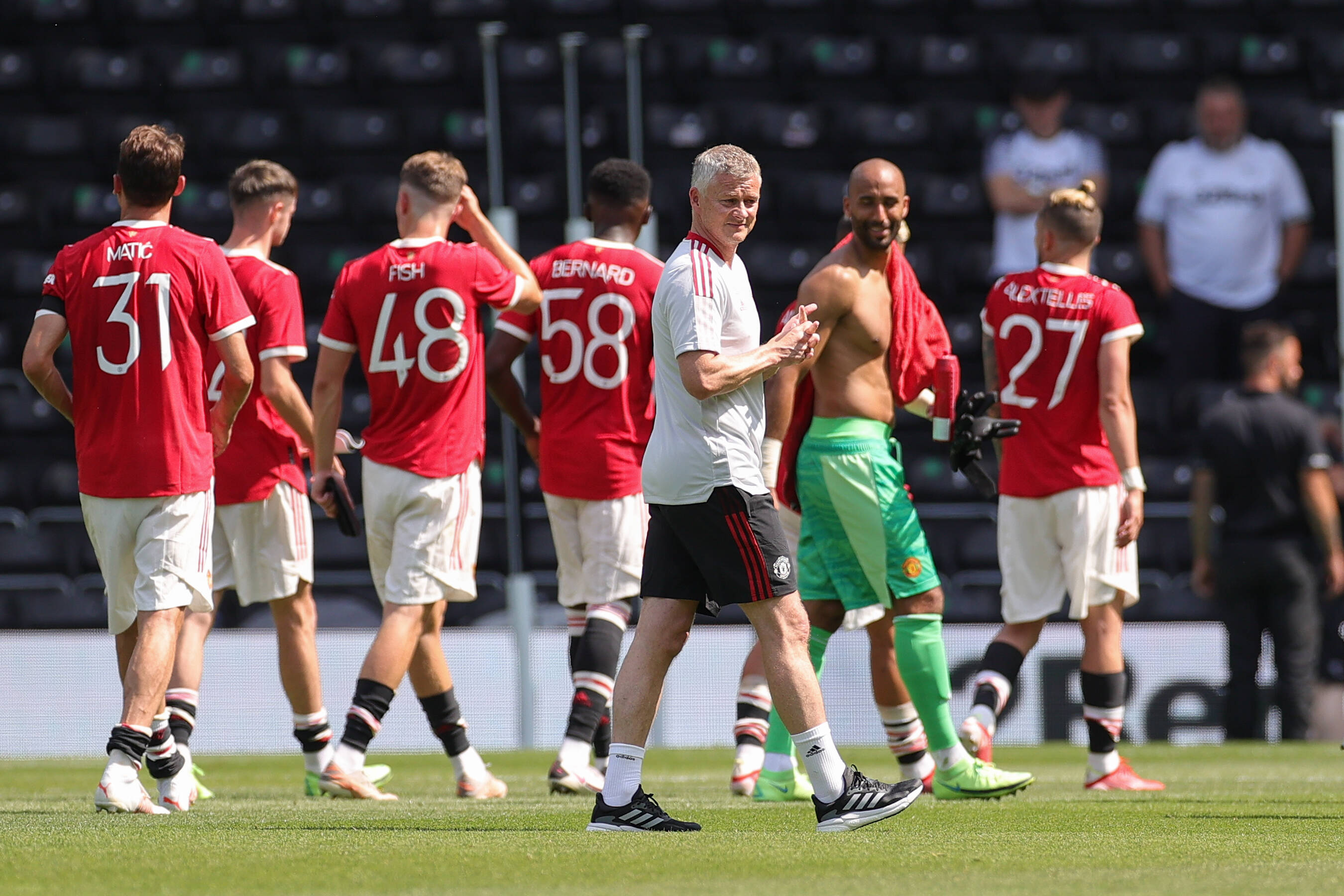