Prem season preview: Why Man Utd can establish themselves as 'best of the rest'

The new Premier League season is nearly upon us and we at Tribal Football will be previewing the top six – what they need to improve upon, who their new signings are, and what can be expected in the months ahead. Here we look at Manchester United.

For Manchester United, 2019-20 was essentially two seasons in one season. In the first half, they were struggling just to keep themselves in the Premier League's top six. After eight games, they fell as low as 14th. Then, in the second half of the campaign, they were definitively a top-four side. They went unbeaten in the league from February onward, picking up 32 points from a possible 42. If they had maintained that kind of form for the whole season they would have finished on around 86 points, which would have been enough to seal second place ahead of rivals Manchester City.

The key to the turnaround was Bruno Fernandes. After years of speculation, the Portuguese arrived at Old Trafford in January and proceeded to stamp his mark on the team. Previously, United had struggled to create against stubborn defences; with Fernandes, that problem was alleviated somewhat. In 14 league outings he had 15 goal involvements, scoring eight and setting up seven. Finally, the creative burden was lifted from Paul Pogba's shoulders.

Ole Gunnar Solskjaer's first full term at the helm ended successfully, with a couple of semi-finals in the FA Cup and Europa League and a third-place league finish. It was a significant improvement on what came before, with Fernandes adding extra penetration to a team previously built on quick transitions. The continued development of Mason Greenwood helped add an attacking edge too. He found the net 10 times, meaning every member of United's front three – the others being Marcus Rashford and Anthony Martial – hit double figures in league action.

United's threat in the final third and pace on the break helped them to some big wins. They thrashed Chelsea 4-0 on the opening day and beat them 2-0 at Stamford Bridge, did a double over Manchester City, and they also beat Tottenham at home. Only Liverpool took more points off of the traditional 'top six' teams than Solskjaer's side. But the fact United did so well against the big opponents and still only finished third also highlights a remaining problem – breaking down a low block.

Towards the end of last season, this issue remained. Two home draws against defensive opposition, West Ham and Southampton, briefly threatened United's chances of a top-four finish. To make that next step and become genuine title contenders, they need to get better at winning the games they're supposed to win. 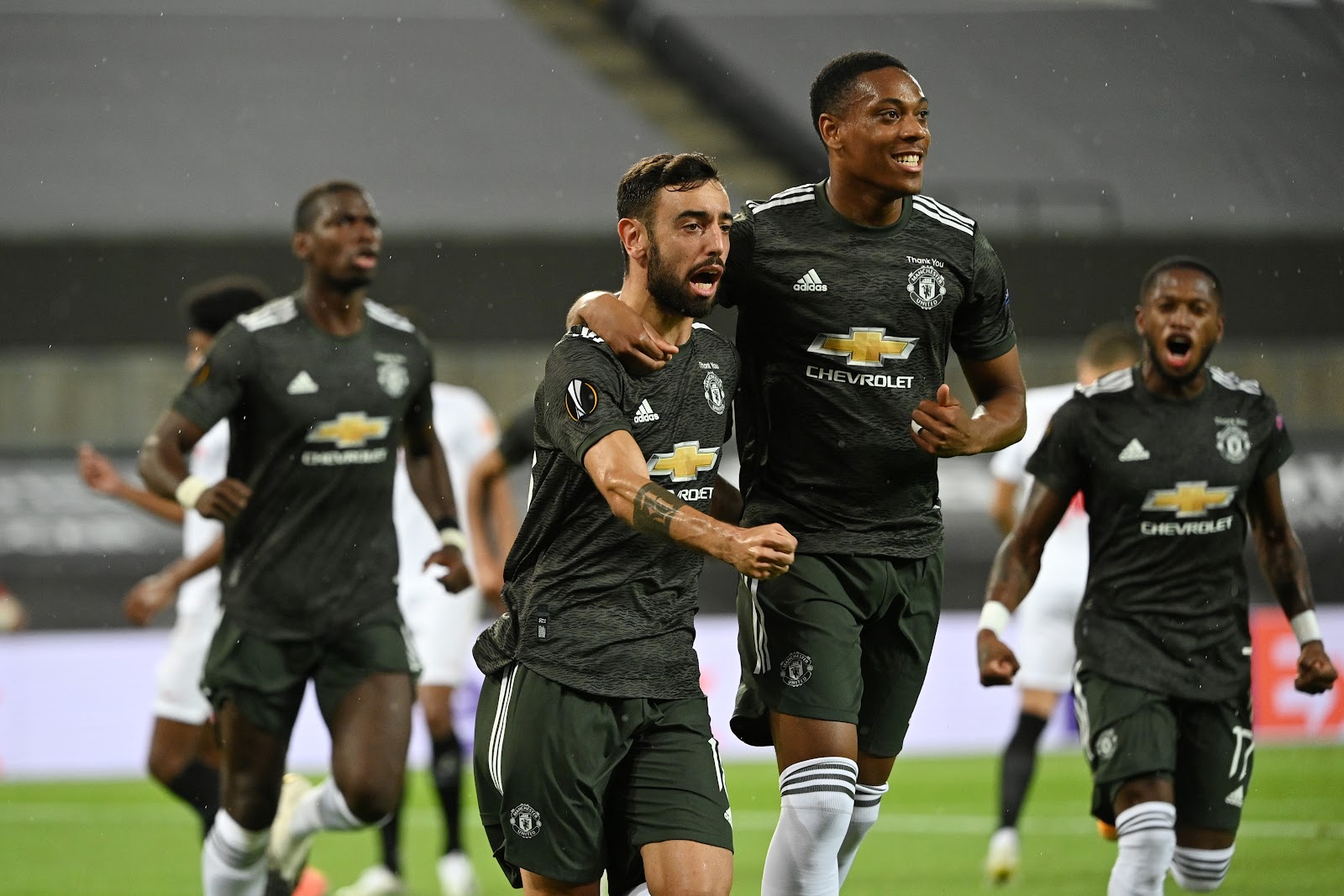 10 (goals scored from penalty kicks). No team scored more from these situations, with the closest to United in this category being Chelsea and Watford, who both got seven.

The only new signing Manchester United have made so far is Donny van de Beek, who joined from Ajax for a reported fee of around £35 million. A 23-year-old with 11 caps for the Netherlands, he is set to bring competition for places in attacking midfield.

It's unclear as yet how Van de Beek will fit in, considering how important Fernandes and Pogba are to United's 4-2-3-1 system. However, it's not completely unrealistic to imagine him starting in one of the wider positions and coming inside. While Fernandes and Pogba are more about their passing and dribbling, Van de Beek's game is based on exceptional awareness and movement.

He has a knack for finding pockets and combines well, while also getting himself into scoring positions with runs from deep. Over the last three years in the Dutch top flight, he was directly involved in 49 goals in 91 league outings – scoring 28 and assisting 21. Standing at 6ft he also brings good physicality to the midfield, and works hard defensively.

Dean Henderson is another new face, although he isn't a new signing. The 23-year-old goalkeeper has spent the last two years on loan at Sheffield United, helping them to promotion and Premier League survival. He gets down quickly to stop shots and commands his box well, and his presence in the squad may force David de Gea to step his game up after a poor year. 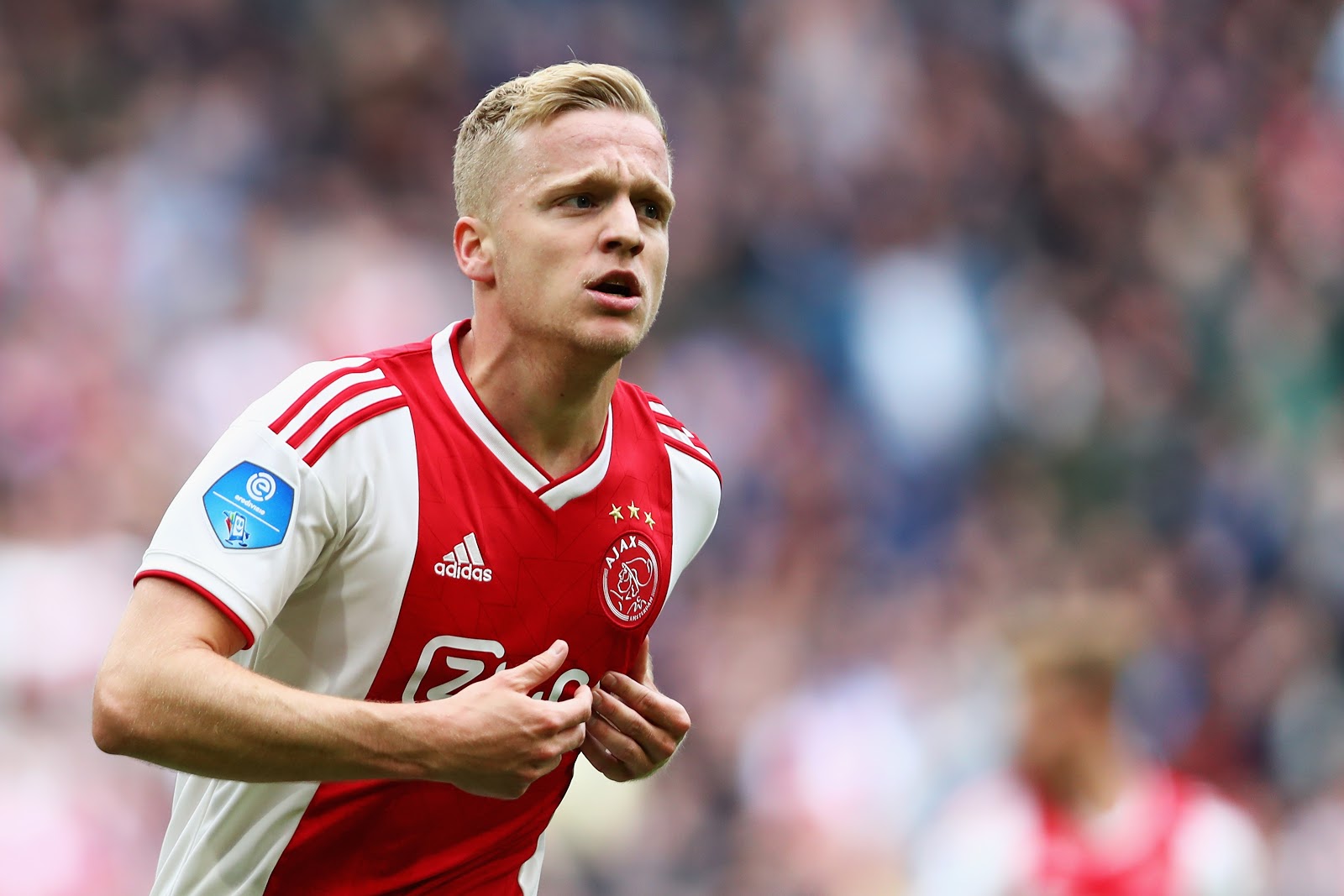 Unlike Chelsea, Manchester United aren't throwing a lot of money around in this transfer window. Instead, their approach seems more considered – in signing Van de Beek they brought in another player with his future ahead of him and increased their depth in a key position.

There are still areas to improve, namely the left-back position, but with a squad filled with talent in their mid-20s, it's possible that United can establish themselves as the 'best of the rest', behind Liverpool and Manchester City. Anything beyond that, like a major piece of silverware or a proper title challenge, would be a nice bonus.