COMMENT: It'll end in tears. We all know it will. Paul Pogba and this 'Pogmentary'. It's going to be a mess. It has disaster written all over it. Only this time, when everything blows up, don't blame the player. Pogba won't be responsible for this cock-up...

It was announced last week that Amazon will be producing another of their fly-on-the-wall football docos, this time focused on Pogba. It'll be a series in the same vein as Tottenham's behind-the-scenes doco last season. Yeah, that one. The one which saw Mauricio Pochettino sacked and replaced by Jose Mourinho. The one which had Pochettino falling out with chairman Daniel Levy. How much for your club's dignity? Well, £10m if your Levy and Spurs...

You just wonder what type of slice Manchester United will be getting in this. Pogba hasn't agreed to this deal unilaterally. United will have been involved every step of the way. Indeed, Ole Gunnar Solskjaer, the manager, would've had to have signed off on it.

So when it all goes belly up. And it will. Don't blame Pogba for this one. Blame management. Blame Solskjaer. This isn't the actions of a proper football club. Inviting outsiders inside the four walls of Carrington. This isn't the 'us versus the world' stuff of Sir Alex Ferguson. This is the stuff of unserious people. Unserious football men. And it'll cost United next season.

Amazon's loyalties aren't to United. They're not even to Pogba. They're to themselves. Their interest is self-interest. The producers know what sells. Controversy. Conflict. They'll be looking for it. They'll be exaggerating it. If Pogba is to be the hero in this story, then there must be a villain. The club? The fans? The manager? Take your pick. Maybe it'll be none of the above, but why invite the speculation? Why invite the opportunity?

“Paul has been in the spotlight ever since he started at Man United, so I don't see a problem with it," offered Solskjaer, feebly, on Friday. He's obviously happy for the intrusion. "I know his personality. He is so lively. He gets energy from making people happy.

“But his main focus will always be to win football games for us."

But will that "main focus" be shared by those following him around with their cameras? 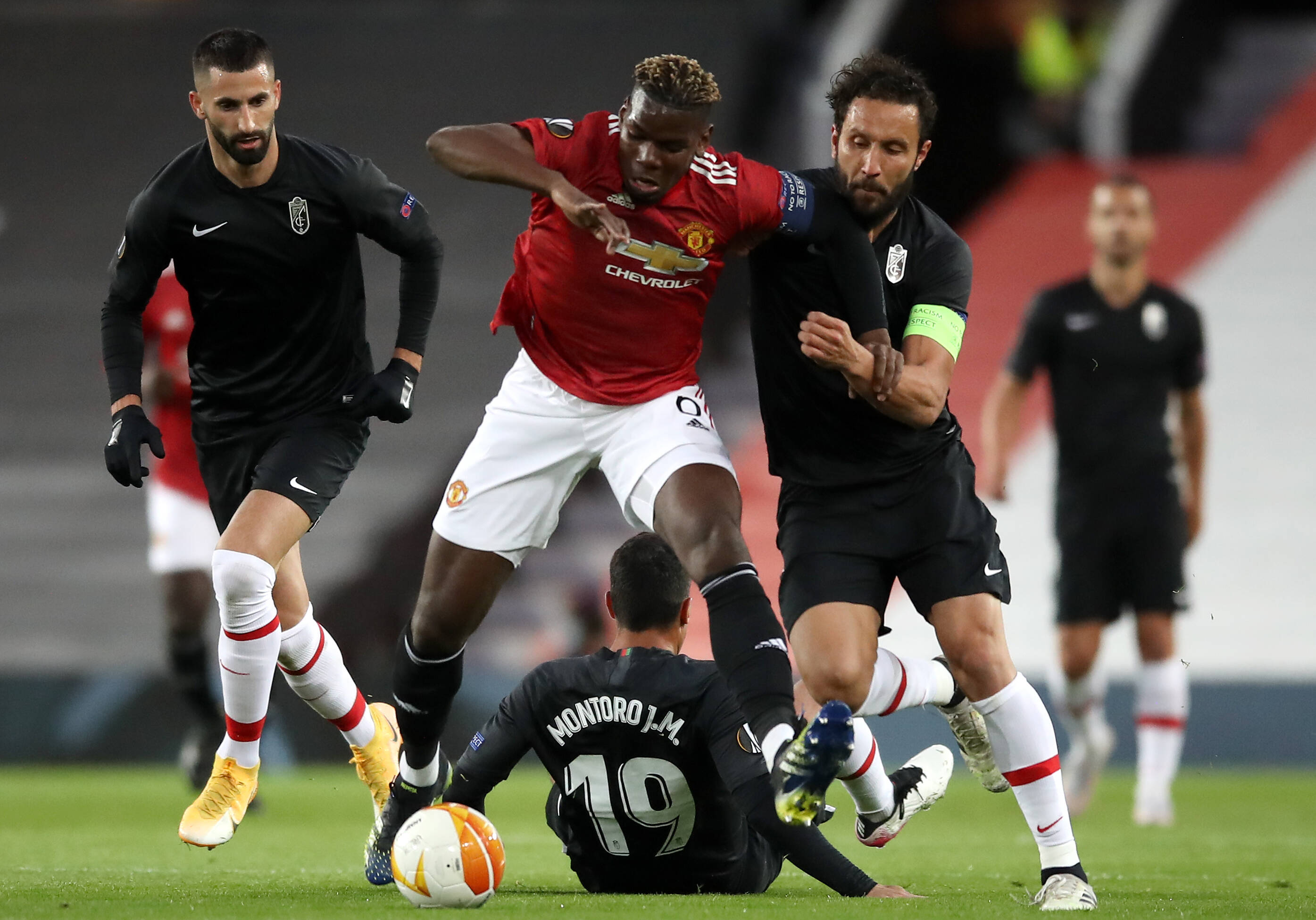 We've touched on this in past columns. Pogba has a history with these outside elements. His sponsors... again their loyalty isn't to the club. It isn't to the United support. It's to their brand. For better or worse, if they can spark controversy involving Pogba. Get themselves attached to a headline. To a viral online post. It's job done for these execs. The clicks. The media space. That's all that matters. The carnage created along the way isn't their problem. Whether it's Pogba's relationship with the United support, his teammates, even the manager. It doesn't matter.

The past 'Shhh' campaign of adidas and Pogba is one that still burns for this column. Done at a time of criticism from United great Paul Scholes. When United were again in a slump. There was nothing constructive about this. Whether it was pointing at Scholes or a demanding support, it didn't matter. It was created to spark conflict. Controversy. The perfect campaign for the reactionary sewer that is social media. And to be fair, it was a success. Adidas gained millions of pounds in free publicity. It was cynical. It was decisive. And it worked.

So there's history. And nothing suggests Amazon will go down a different road. They need people to watch this Pogba series. The idea of millions tuning in for a fluff job is ridiculous. There'll have to be tension. Conflict. That's what sells. And for a season where United have been building towards actually being a contender, such distractions aren't simple blips to overcome, they can be ruinous. And it's a shame. A real shame. Especially for the player.

It lasted barely seconds, but it was as exciting a moment as any produced by Pogba since his return to Old Trafford. In possession. With the captain's armband. Pogba charged forward against a Granada midfield in midweek. They hacked at him. They dragged on his shirt. But the Frenchman kept going. He refused to go down. This was Gazza. Bestie. This was a great player staying on his feet as lesser talents did everything they could to drag him down. It was what Pogba could be. It was what Pogba has within him. And for those few seconds, it was a thrill to watch.

And he kept going. Diving into tackles. Leaping into aerial contests. For 20-odd minutes, it was the stuff of a Ballon d'Or contender. With that aggression. That determination. Coupled with Pogba's ability. You're actually talking about a player as good as anything on the planet.

Problem is, such moments have been as rare as they've been fleeting. And it was proof enough when Solskjaer chose to substitute Pogba at halftime. The skipper-for-the-night later accepting the decision, agreeing with his manager that he'd be risking dismissal if he'd kept up such a performance after the break. Or in other words, not he, nor his manager, could trust Pogba to control his aggression after those first 45 minutes - after all, what history could they base their decision-making on?

But that's the promise of Pogba - even at 28. Get free of injury. Get free of outside intrusions. And he could still be anything.

Problem is, we're going to be denied it. Pogba is going to be denied. Another inevitable flare up is on it's way. Whether it was Solskjaer, or those higher up, someone should've told him 'no'. The 'Pogmentary' won't be done in the best interests of the club nor the player. It has disaster written all over it.