Pep overcoming final career challenge: This Man City is (almost) all his

COMMENT: The team's winning. His decisions are being justified. And he has his friends around him. Of course Pep Guardiola is happy and settled at Manchester City...

He was across it on Wednesday night - 15 wins on the bounce. A feat never before seen in the English game. "We've just beaten Arsenal and Preston," declared Guardiola after their fifth round FA Cup victory at Swansea City. "And it was done over the winter - the toughest time here."

Guardiola is across it all. He's not just someone who works inside the English game, he's now become a passionate fan of it. It's history. It's clubs. It's stadiums. He'll rattle off names of clubs that most foreign managers have never heard of - let alone know where they're located. Guardiola has found his home in England. At least his working home. And that passion he's shown has helped drive a team well capable this season of completing a historic four trophy clean sweep.

Earlier this week, Guardiola gave an interview to the foreign media. Little of it was picked up by the local press, but it should've been. Guardiola offered an insight into the next phase in his coaching career.

“I like being here, I like the club a lot," he declared. "I am surrounded by friends who work very well and with whom I have a good connection. The Premier is an incredible league and I still want to coach."

Gone are those doubts about a long career in management. Talk of an early retirement from the game has now disappeared. Guardiola is happy, excited in his work. And as he said in this interview, he's now entering a new chapter in his career.

“I am not very much in favour of projects in football because they do not last if you do not win," he remarked. "Inevitably I would be delighted to continue with all these players because they have made this club great for a decade but as everything is ending, we are renewing ourselves, like all clubs.

"Now we have young people like Kyle Walker, de Bruyne ... people for four or five years while the squad is renewed."

And this is the watershed. The turning point for Guardiola. This City team is fast developing as his - and his alone. This isn't the Barcelona and Lionel Messi he inherited from Frank Rijkaard. Nor the finely tuned and dominant Bayern Munich he was handed. This City team. This record-breaking City team. It has the fingerprints of Guardiola all over it. And as happy and as animated as he is in media conferences today - he should be, because every new player, every new tactic he introduces is drawing a positive response. This final challenge - to create a team from scratch - is on track to proving Guardiola one of the greatest managers seen in the game. 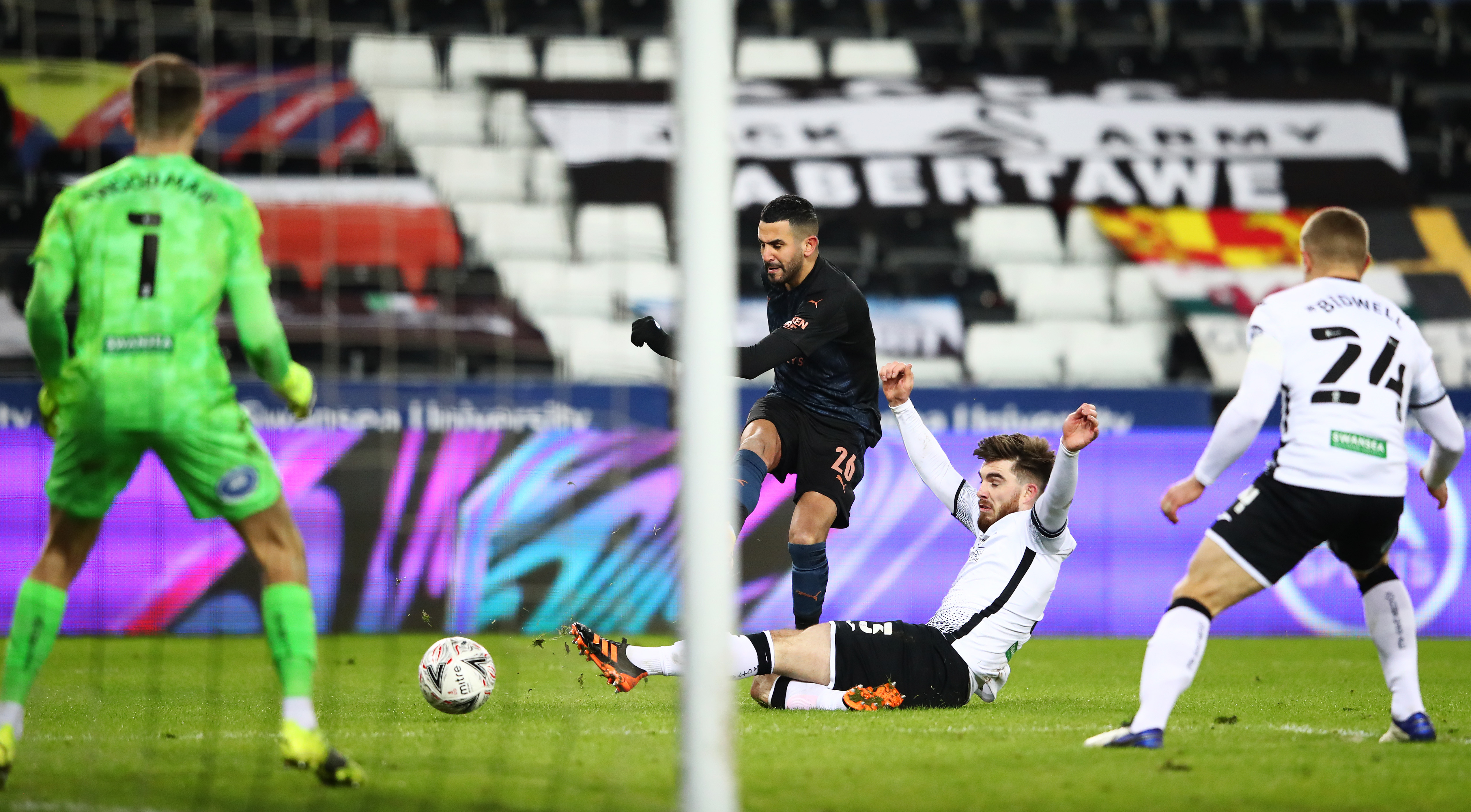 The void left by Vincent Kompany - on and off the pitch - has been filled by Ruben Dias. A personal choice for Pep, at 23, the Portugal defender has been outstanding on the pitch and a leader in the locker room.

"This is not easy to find in a 23-year-old," Guardiola says of his senior centre-half. “We knew the quality on the pitch. We knew the personality he had, but of course we are impressed with the mentality and the physicality to play every three games."

For Kompany, he went outside the club. But to replace another titan, David Silva, Guardiola looked to within. The Spaniard, now of Real Sociedad, today simply a fond memory. His place filled by local lad Phil Foden.

Where Guardiola scouted and recommended the addition of Dias, he developed and managed the progress of Foden through the club's system. Early season criticism of his handling of the England international now looks ridiculous. The midfielder meeting predictions made by Guardiola five years ago that Foden was the best teen he had ever seen - and that included Messi.

And up front, the manager has somehow found a way to for his team to find the back of the net, despite his main strikers Sergio Aguero and Gabriel Jesus spending the majority of their campaigns so far on the sidelines. Again, just like Dias and Foden, Guardiola has found a way himself to solve this problem. A false nine. Throwing Kevin de Bruyne into a central role. The Catalan has switched up his tactics to find a working solution.

Of course, there remains one outstanding issue waiting for Guardiola to address: the future of Aguero.

Off contract in June, the Argentine veteran has told his manager he'll have his decision this month. And Aguero knows what Guardiola thinks of him "he is one of the best strikers ever – not just in England, I mean ever".

The manager isn't seeking to phase out the 32 year-old. There is a place for Aguero. And if he does choose to move on, it'll be another challenge City's manager must confront.

But he now has previous. Guardiola is showing he can build a team in his own image. His players. His signings. His characters. And it's working.

It's also worth noting the accusations thrown at Guardiola before Christmas and this record-breaking run. The pundits were urging Foden to quit the club for the sake of his career. That Guardiola was blunting the kid's potential. And then there were the comparisons with Jurgen Klopp, his counterpart at Liverpool, and the old LFC Boot Room in the media pillorying the Catalan. Remember all those claims about Guardiola failing to improve his players in contrast to Klopp?

Into the FA Cup quarterfinals. The round of 16 in the Champions League. Another Carabao Cup final waiting at Wembley. And potentially eight points clear at the top of the Premier League table. Guardiola is on top of the world. And he's there with a team that now looks like his.

Of course Pep is happy and settled at Manchester City.