COMMENT: So who was it for? The board? Jadon Sancho? Or someone closer to home? Who was Ole Gunnar Solskjaer putting on notice last week when discussing the need for a genuine winger in this Manchester United squad...?

On first flush, it read like an appeal to Ed Woodward, Solskjaer's vice-chairman. United's manager lamenting a lack of real width at his disposal to set the team up as he truly wishes.

“You need to look at the balance of the team," he stated last week. "Sometimes, if you've got wingers really wide, that type of natural wide man, it's maybe easier to play the traditional 4-3-3.

“We don't really have that kind of winger."

Taken in isolation, it's easy to put two and two together. It reads like an appeal to Woodward: get this deal with Borussia Dortmund for Sancho over the line. But wingers. United wingers. Were again raised by Solskjaer only days later. Just as the previous week, these comments came without any real prodding. Solskjaer delivering an update on the club's two wide additions made in October.

“Facundo has come in, trained with the first-team and done well," declared Solskjaer, discussing the progress of Facundo Pellistri, fresh from a goalscoring performance against Southampton U23s. "We felt now is the time for him to get game-time and he's played a couple of games in the Reserves. He's gradually settling in nicely and getting more and more used to us."

On Amad Diallo, the Norwegian added: "Amad, he's come on a few times for Atalanta lately.

“He's a very, very exciting young boy and talent. Hopefully, we get the work permit and he'll be with us in January."

Of course, Pellistri and Diallo aren't the only youthful signings made by United this past summer. There's actually been a raft of them. But they're the ones front of mind. Particularly Pellistri, with Solskjaer admitting there is a plan in place to bring the former Penarol winger into the first team.

And this is where it'll get interesting. Pellistri's on the march. He's already managed five appearances on English soil. Every game, he's become stronger; more impressive, to the point where it can no longer be argued Prem 2 football is a stepping stone for the Uruguayan. Match fit and turning 19 this month, Pellistri is ready for the first team.

And we'll soon see him. Before or after Christmas. It's now being discussed. Pellistri isn't a project player. He's a first teamer. Arriving with both domestic and intercontinental experience with Penarol. Leaving him in the U23s, as Solskjaer knows, would be simply marking time. The lad will - and needs to - play.

And for this column, the sooner the better. Pellistri should be given first shot. Jadon Sancho had his chance. Not once. Nor twice. But four times did United knock on Dortmund's door about a deal for the England international. And four times did Sancho have the chance to force things through at his end. But he did nothing. And now he finds himself in a form slump he's struggling to snap.

Which is why for the good of this United team's future, Solskjaer should go all in with Pellistri - and before Christmas. Give him the opportunity to stake a claim. And for Solskjaer, give himself a welcome headache ahead of the January market. 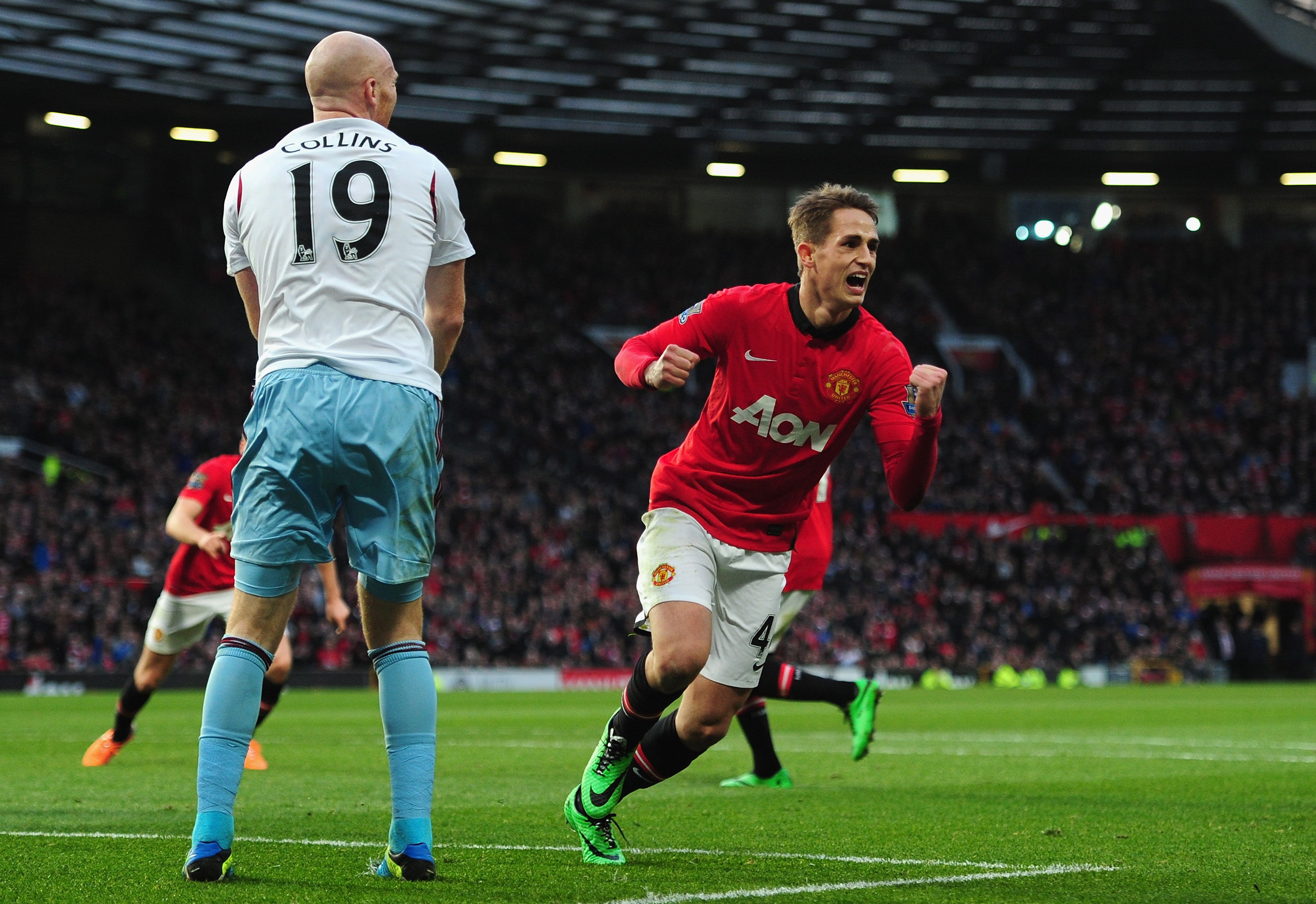 Adnan Januzaj when he was flying for David Moyes at United

As it stands now, United's dealmakers, Woodward and Matt Judge, will seek to schedule talks with Dortmund closer to January 1 in an attempt to find common ground over a fee for Sancho. And intermediaries tell this column Dortmund's stand will soften. He's not a busted flush. But Sancho is in a tailspin and the Germans can see the window of opportunity, the chance to make a massive cash sale, closing fast.

Which should alarm Woodward and co. Of course, Solskjaer and his staff will be confident, if they can get their hands on the player, of rebuilding Sancho's confidence and getting his game back on track. But the choice of pushing through the Sancho deal could be taken off the table if Pellistri is offered and takes his chance in the coming weeks.

He doesn't have the profile of Sancho. He doesn't have the backing of English football's tight little clique of ex-players. But Pellistri does have the support of United's scouting team. He is the player in form. And he's the one who answered United's call over the summer.

As mentioned, Pellistri will play. And sooner rather than later. Solskjaer and Mike Phelan, his No2, are now just weighing up when and where to introduce him. And significantly, how this'll benefit the flexibility of the manager's playing system.

As we've mentioned in previous columns, Solskjaer wants pace on his flanks. Tricky, nimble wingers, capable of hugging the touchline - and working back. Everything a modern day wide player is expected to boast. And which is what Pellistri has displayed in Prem 2 action this past month - particularly in his last game against Saints.

By rights, Solskjaer would already have his wide solution in the form of Largie Ramazani. And it's a shame that he became more known for attitude rather than application inside Carrington. Though it's positive to hear of the Belgian doing so well now in Spain with Segunda Division Almeria.

Another Belgian, again all things being equal, should also still be a United player. Established. Even a star. One of the big revelations of the summer regarding United came via their former youth team guru Warren Joyce. The experienced coach, now working with Salford City, conceding United failed Adnan Januzaj in his best development years.

Discussing both Januzuaj, now of Real Sociedad, and James Wilson, who is with Joyce at the Ammies, the ex-United academy director said: "I see the talk of Januzaj not fulfilling his potential but we lost a little bit of control of the loan system, at one stage.

“For Januzaj and James Wilson, another top player, it was more about recovering the wages. They were put on loan when they weren't fit and you knew they were gonna fail.

“Now, the club got returns back but they didn't develop the players. It is not all their fault, because they were good players. Januzaj was as skilful a player as I've ever seen.

“Everybody criticised the players but they could have had better help than they got."

Which is why Pellistri can't be held back. Turning 19 in less than a fortnight, he needs to play. And if those inside the scouting team whom backed his signing are right, the Uruguayan can be the answer to Solskjaer's hopes of his ideal system.

Indeed, if all goes to plan, United may not need to go through rigmarole of more negotiations with Borussia Dortmund. The solution they're seeking could be closer to home.