Patino's dream debut: Why it's more proof Arteta getting it right at Arsenal

COMMENT: It was worth it, wasn't it? Again. He made us all wait. But Mikel Arteta is proving beyond any doubt he has a handle on this game. In the right match. At the right moment. Charlie Patino and Arsenal's home support were introduced to eachother - and it couldn't have gone any better...

He did make us wait, did the manager. Just as he has with Gabriel Martinelli. And who could argue that Arteta was wrong in his management of the Brazilian? After a very deliberate and gradual introduction, Martinelli is flying. The absence of sacked skipper Pierre-Emerick Aubameyang now a positive. Almost an afterthought. Martinelli has stepped into the void and made that place his own.

And in the near future we're likely to be saying the same about Patino. Again, Arteta made us wait. Amid glowing reports from the U23s, the manager refused to rush the teen's introduction. This Cup tie. That injury-hit League game. They were all touted as the match we'd see this lad dubbed the best ever at Hale End. But Arteta never flinched. He never caved. Just as with Martinelli, he had a plan with Patino and stuck to it.

Tuesday night. A home Cup tie. And against League One opposition. Arteta, celebrating two years in the job, would give his young midfielder a chance from the bench. And the result couldn't have been better. Ten minutes on the Emirates pitch ending with a debut goal and Arsenal's fifth of the night. One for Arsenal folklore. And surely one of many we'll see from Patino in the coming years.

But it won't come in a rush. Arteta made that clear in the aftermath. The support from the fans and also inside the club is there. And it's warranted. But Arteta says Patino will be allowed to develop in his own time: "I think that is very positive. They (the fans) heard about him and know what he can become and now we have to cook him slowly."

Martinelli. Emile Smith Rowe. Bukayo Saka. They've all progressed under Arteta - and at an impressive rate. It's a strength of the Basque. When to play them. When to withdraw them. He's getting it right with these Arsenal kids. And you fancy he'll do it again with Patino. 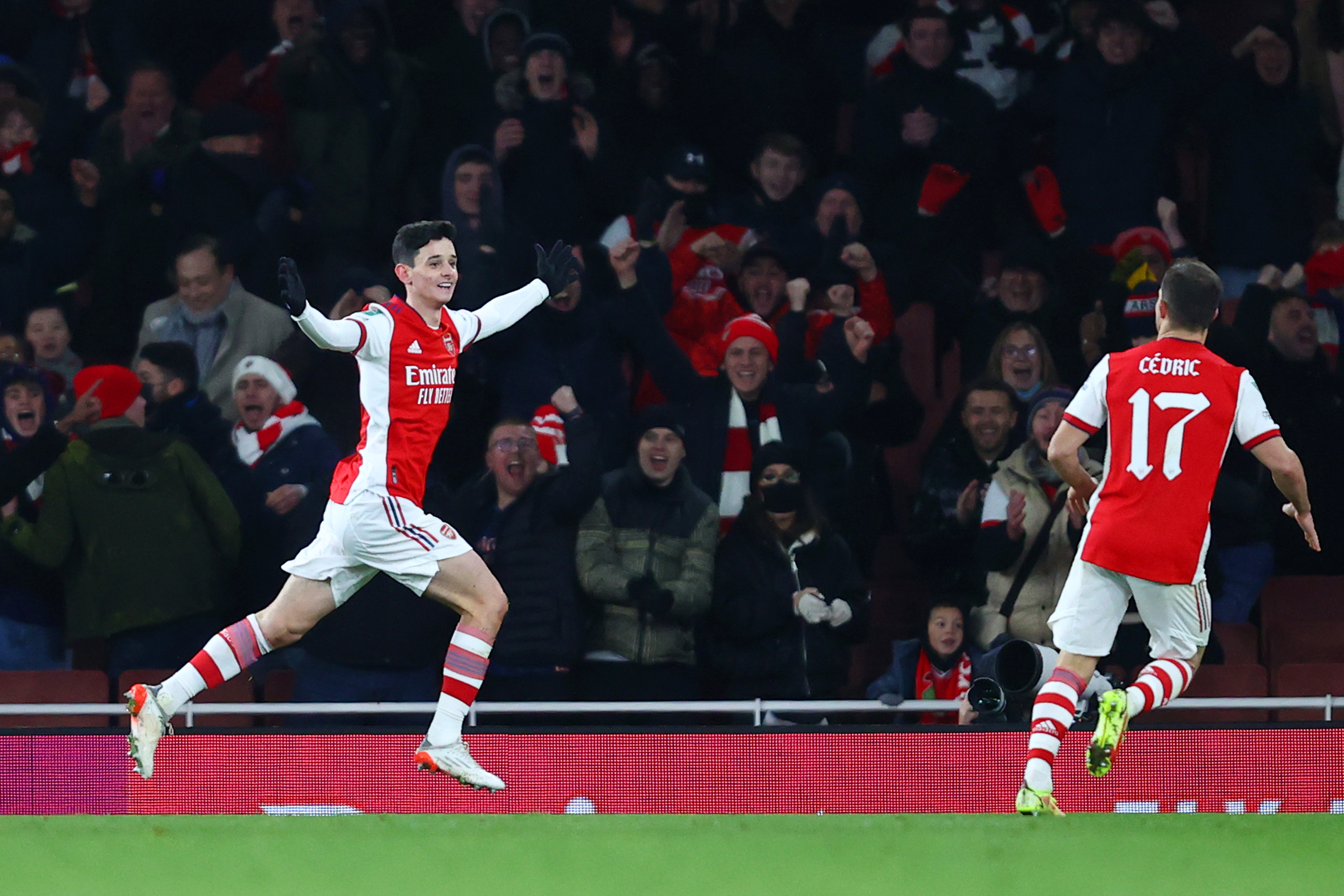 Of course, there's no way you can make a call on ten minutes of football. And he'll have to overcome the inevitable highs and lows which in equal measure can hinder or even end a burgeoning career. But Patino, as they say, is one to watch.

Certainly in Spain they are. Patino qualifies for La Roja through his father, Julio. A peer of Jude Bellingham and Harvey Elliott, Patino's England caps from U15 to U18 level hasn't stopped the RFEF from sending out feelers about Patino pulling on the national jersey of his grandparents.

Beyond the international game, Barcelona have also shown a keen interest. After ferrying away Marcus McGuane in a blaze publicity three years ago, they're ready to roll the dice again with Patino.

The ties are there. They exist. And they're strong. Beyond the family links, Patino grew up on a diet of Spanish football. Even at 10 years of age he was studying and analysing the LaLiga.

That was when he was still inside Luton Town's academy. The same academy which lost Jack Wilshere to Arsenal all those years ago. At 11 years old, Patino became a 5-figure transfer. Arsenal coughing up £10,000 to end any thoughts of Patino kicking off his career at Kenilworth Road.

There was ambition behind the move, but also simply the desire to improve. At the time, Julio said: "We just want what's best for Charlie, to give him the best chance of being a professional footballer if that is what he wants to do.

"Charlie is only 11 but he gets it and he knows what is happening to him. He knows that this is a big opportunity to train with a top club, even though there are no guarantees at the end of it."

Cycle six years forward and that mantra remains. Where Dad was first saying it, now Charlie's manager is drumming the same thing. Arteta isn't going to play Patino for the sake of it. There's going to be a plan and purpose behind the minutes at this stage of his career. While he's seen the likes Bellingham and Elliott go past him, it does appear his family can look beyond the short-term.

And if there are doubts, they need only examine Arteta's work. Two years into the job and Arteta is proving he has a handle on this game. There may've been impatience from some quarters, but the manager chose the right match - and the right moment - to introduce Charlie Patino to the Arsenal support. Just look at the result.