One signing to define new Arsenal era: Why Aaron Ramsdale has changed it all

Signing of the season? He'd have to come pretty close. Not only for what he's achieved on the pitch, but also for the atmosphere in and around Arsenal this season. He's transformed the place. He's transformed the relationship between the squad and the support. If so much of that tension between Arsenal's fans and the players has eased, the character and actions of Ramsdale have gone a long way to achieving that.

A triumph for Arteta? 100 per cent. Again, the arrival of Ramsdale from Sheffield United doing more for his manager than simply winning games. Inside the club. Inside the boardroom. His impact also helps Arteta politically. If ever the manager wanted one signing to define his approach, he'd surely nominate Ramsdale.

The arm wrestle won by Arteta when it came to identifying a new goalkeeper last summer now gives him a welcome influence on transfer policy. Edu, the club's technical director, had insisted on Neto, as his fellow Brazilian pushed to leave Barcelona. But for Arteta, it was always Ramsdale. Despite the relegations. Despite the goals conceded. Arteta had done his homework and was convinced the England international was what was needed.

“One of the things that I was most impressed every time I watched a game he played in was his temperament," Arteta has since stated of his now senior No1. “I wanted to watch a lot of clips and moments after he was conceding a goal, making a mistake or sort of difficult moments.

“And that's when one of the big reasons why we made the decision to sign him to play with us."

What we're now seeing was no fluke. Arteta had done his digging. He'd asked the right people. Everywhere he looked only reinforced the idea that ferrying Ramsdale away from Bramall Lane was a must.

It was messy. And some argued at the time the Gunners paid over the odds. But by Edu acquiescing. With the board backing him. Arteta has pulled off one of the great Arsenal signings seen in the last 15 years. 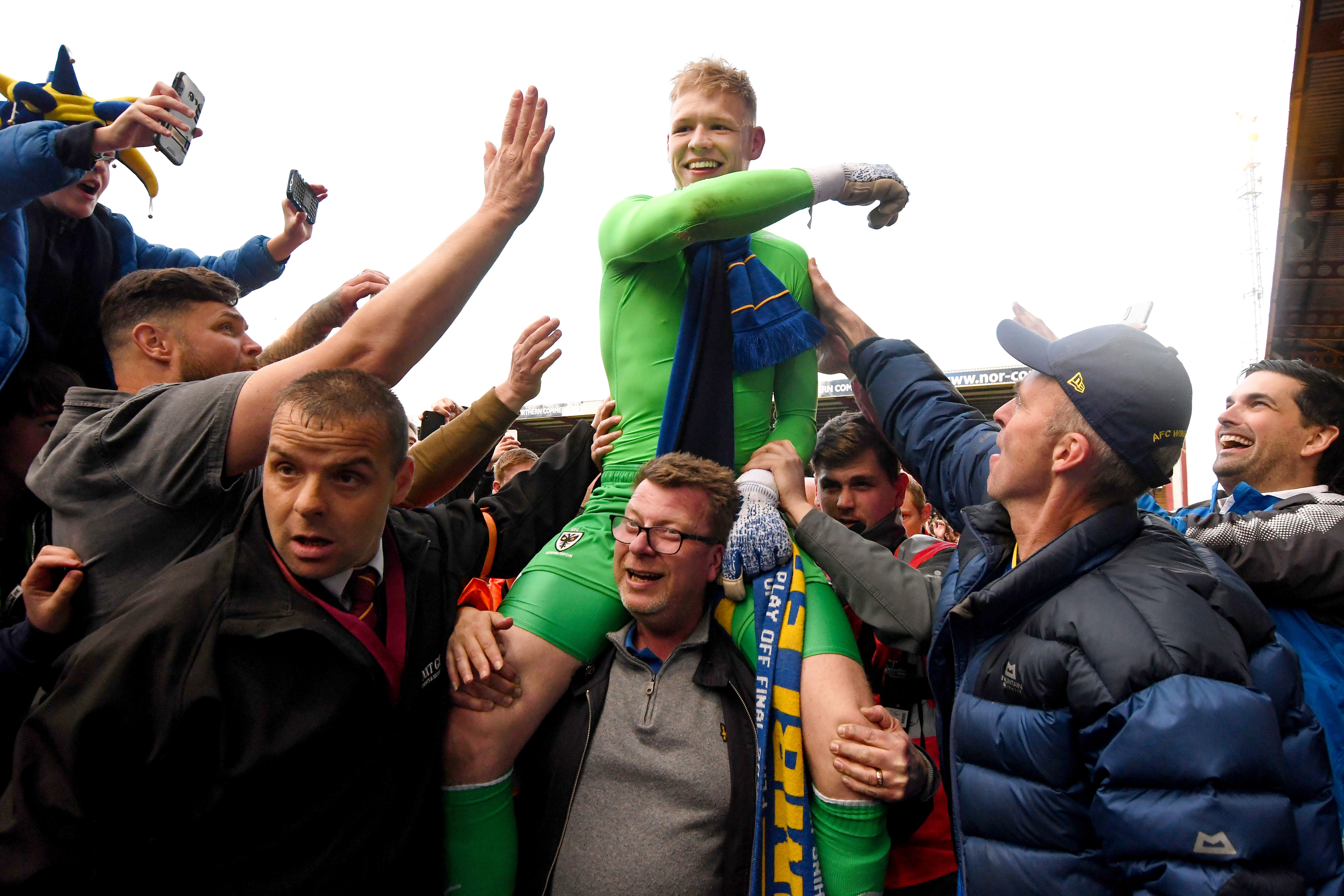 A big call? Perhaps. But for his enthusiasm and down-to-earth approach, Ramsdale is reshaping the perception of Arsenal. And it's all for the better. These characters, even in the Premier League, still survive.

Recalling their win at Leeds this season, Ramsdale revealed: “After the first [goal], there were some bottles and stuff thrown, a few lighters and I chucked them off to the side.

"The next thing you know, money started coming on... There was one £2 - and I collect those - so I took that. Then there's quids and 50ps, so I pick them up and I put them by my towel."

Ramsdale continued: "At half time I put them in my towel, I run off and put them in the changing room. Second half comes, a few more come on, and then an E-cig.

And what we're seeing now is nothing new for those who have worked with Ramsdale over the years.

Wally Downes, who managed a young Ramsdale at AFC Wimbledon, hasn't been surprised by the impact his former loan signing from Bournemouth has made. Everything Arsenal players and fans are now experiencing is the same as Downes saw from a 20 year-old Ramsdale three seasons ago.

"He instilled belief and purpose and he's done the same at Arsenal," says the former West Ham assistant coach.

"He's transformed their season because he's engaged the rest of the defence. He makes a great save and they're high-fiving him and fist-bumping, proud not to let a goal in. I've not seen that in an Arsenal team for donkey's years."

Downes describes Ramsdale's signing as "a stroke of managerial genius by Mikel Arteta", something this column would agree with. Ramsdale clearly wasn't signed off a database. They don't measure the craque created by players in such scouting software. There's no percentages on supporter relationships. On leadership qualities. On fitting in with other personalities. No, that's all done by legwork. Human interaction. Expert experience.

Downes again, "What they needed was someone with backbone who would not stand for it if others turned up late and did not put their bodies on the line. The kid is not afraid to do that. He's a positive voice, very inclusive, and others feed off him.

"Maybe Arteta saw what he was like, put him in, and he's changed the chemistry of the place."

That, he certainly has. This Arsenal team isn't the finished product and there's sure to be stumbles along the way. But there's a hope about the place again. More significantly, a pride. The connection between the support and the players grows by the day. And Ramsdale, even at only 23, is spearheading that.

Despite all those doubts upon arrival, no player better epitomises the promise of this Arteta era than Aaron Ramsdale.