Ole & Man Utd have momentum (& media) with them: Beating Liverpool would be seismic

Throughout the 2019/20 season the skills that made Ole Gunnar Solskjaer such a strong interim manager – a good motivator, an obsession with the mythology of Manchester United Football Club – were exposed as wholly inadequate to build a modern team.

Talk of the 'United Way' could not disguise aimless football and tactical simplicity.

But Covid-19 has turned everything upside down. All of a sudden Premier League football has lurched backwards in time to a more regressive era in which tactics are hazy, matches drift, and having a knack for motivating players is – just maybe – enough to carry a team of Man Utd's resources all the way to the title.

The pandemic has reshaped English football into something considerably less detailed than it was. The hyper-structured attacking rhythms and multi-layered pressing traps, introduced by the likes of Jurgen Klopp and Pep Guardiola, have disappeared. The packed schedule means there is no time to coach them and the players are too exhausted to listen anyway. Instead, the Premier League is back to being a simple division where two teams roam about with a vague notion of a system and style and, more often than not, the club with better players wins the day.

Hence why Solskjaer now looks like the perfect manager for the moment: while other coaches fight a losing battle with the tactical variables, he is untroubled by the chaos of pandemic football, inspiring his players' individualism and creativity by trotting out familiar lines about United DNA.

This level of emotionality makes a club volatile, hence United's yo-yoing form under Solskjaer as more tactically diligent managers grind out consistent results. But that matters less 2020/21, a season in which everyone drops points. What's more, United's victory over Burnley on Tuesday night provided them with a huge symbolic moment to keep their focus and prevent another downswing: Man Utd enter the north-west derby on Sunday as league leaders in January for the first time since Sir Alex Ferguson's retirement. 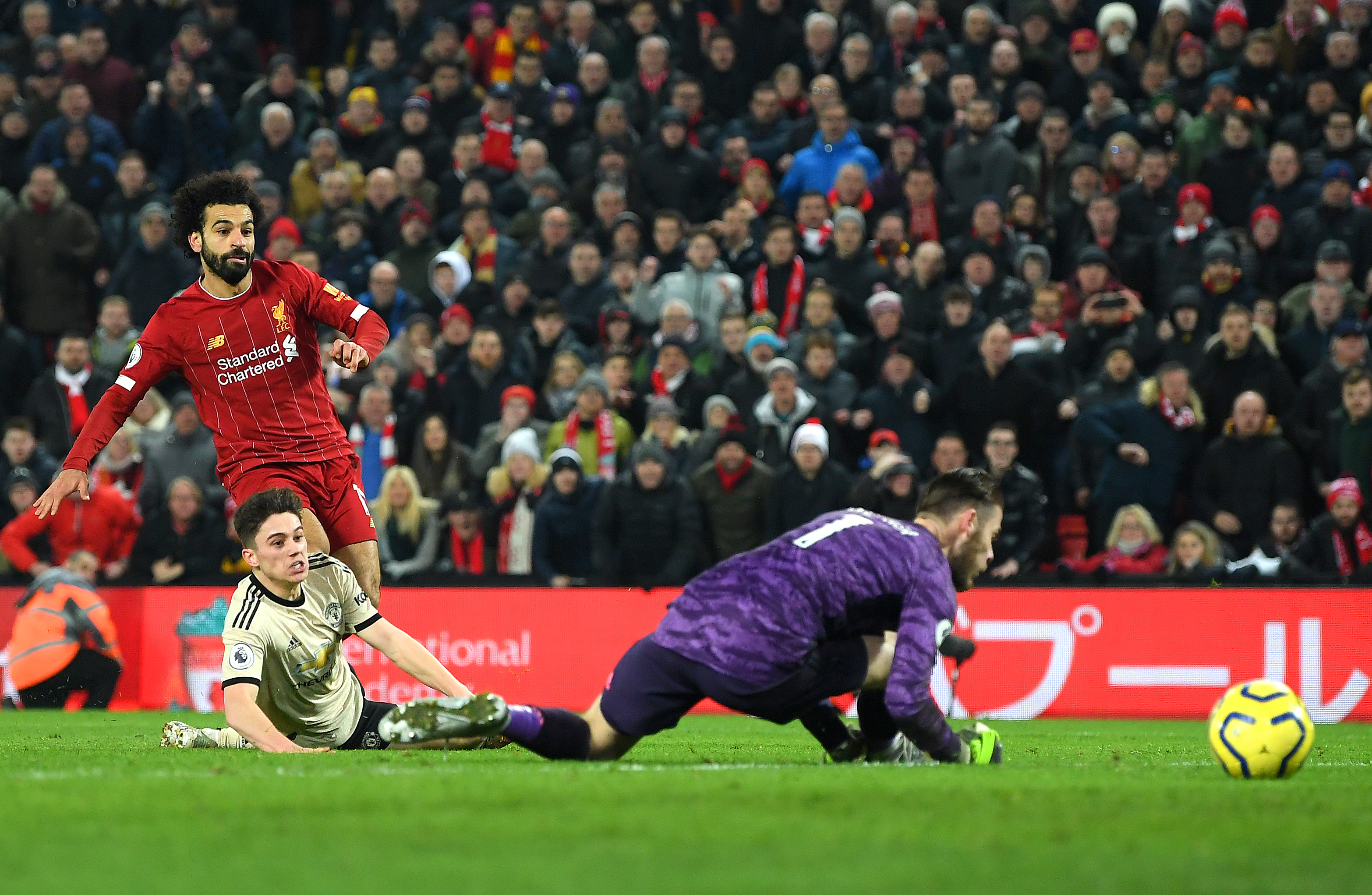 Symbolic moments are crucial for any sports team built on psychology over tactics. That is why victory at Anfield could be monumental for the club. Inflicting a home defeat on the champions for the first time since April 2017, and going six points clear of Liverpool in the process, carries huge emotional meaning.

It could propel Man Utd all the way to the title, not in the way Liverpool or Manchester City have got there in recent years but in the way Leicester City did in 2016: on pure momentum, one atmospheric 90 minutes after another.

And the trajectory could continue upwards if Man Utd win on Sunday, as Paul Pogba's performance against Burnley showed. The Frenchman has been accused in the past of not being focused enough, and indeed his form tends to follow the mood that hangs around the club; when United are playing badly, it isn't long before his agent talks about wanting to leave the club.

Against Burnley he was a man possessed, screaming in delight at the final whistle as he sniffed, for the first time, a chance to win the Premier League title. Victory at Anfield would surely further sharpen his mind - and those of his team-mates.

However, in a season in which nobody is particularly excelling (a points-per-game average of 2.1 is very low for a league leader) even a six-point gap between United and Liverpool may not be that significant. It would take the smallest of slumps for Klopp's side to catch up, and with the fixture list getting more congested once European football restarts there are surely harder times ahead for Man Utd.

They play in the Europa League from February, meaning that gruelling Thursday-Sunday schedule, plus unlike Liverpool or Man City Solskjaer relies on just a couple of star players for momentum. If either of Bruno Fernandes or Marcus Rashford slow down – or get injured – then things could quickly fall apart.

Then there's the issue of City's improving form. Pep Guardiola's side are the bookies' favourites to win the league, and understandably so given their run of form. Undefeated in eight, Man City can move within one point of Man Utd if they beat Aston Villa in their game-in-hand next Wednesday.

Guardiola was arguably more spooked, more pulled out of shape, by the pandemic's impact on Premier League tactics than anyone else. But while others have continued to flounder, the Catalan has quietly found a way to control matches again by easing off the press and doubling down on possession football. It seems likely they will keep winning now, potentially usurping their city rivals to the crown.

But it is hard to ignore the psychological force of this Manchester United team, and even more so if they pull off what would be an historic victory at Anfield. A win on Sunday will be addressed by the media as a seismic power shift; a symbolic passing of the torch. With Solskjaer conducting, with support among the press for his vision of United rising and swelling, sheer force of will could see Manchester United win the Premier League.

And yet, should they lose to Liverpool, within a week they may find themselves third in the table and just a point above Everton in fifth. The margins are razor thin. Sunday's game is Man Utd's biggest since Ferguson retired.