Solskjaer says Man Utd will be ruthless in summer market

Man Utd legend Schmeichel: You can't give Liverpool the title

Chelsea willing to discuss loan arrangement with Barcelona for Coutinho

Odion Ighalo exclusive: The man who discovered Man Utd signing; his mum prays for me

Manchester United's latest signing Odion Ighalo arguably might not have got his big break in football had it not been for Fatai Amoo.

United made one of the most stunning moves of the winter transfer window when they signed the 30-year-old on loan for the rest of the season from Shanghai Shenhua.

It is a far cry from Ighalo's roots in his native Nigeria.

Ighalo was a slight teenager playing for local club Prime when Amoo, then manager of Julius Berger (now known as Bridge FC), spotted his talent in 2006.

The striker would connect with agent Atta Aneke and begin his European adventure one year later, first with Norwegian side Lyn, then to Udinese in Italy, which included loan spells with Cesena and Spanish club Granada.

He made a name for himself in England with Watford before moving to China in 2017, and eventually his deadline day 'dream' move to Old Trafford.

But it all could have worked out differently if Amoo hadn't convinced Julius Berger's owner to take a chance on Ighalo's raw potential.

In an exclusive interview with Tribalfootball.com, Amoo said: "When you are coaching a player or you spot a talent, you cannot tell how far or successful he would be. It is only God that can determine that. As a coach, you can only recognise the talent in a player.

"You will be the first journalist I will tell this story. It took me great guts to convince the then chairman of Julius Berger to sign him. He was a very small boy and I insisted that he should be registered. 'Please register him and i will look for money to pay his academy,' I said.

"The following day, the chairman called me that there was something I might have seen in him for me to insist that he should be signed. So as a coach, I only recognised his talent and he was not the only one. There were many young teenagers like that in Lagos that I spotted.

"I can only confirm that I saw talent in Odion. I can't turn myself to a mystic figure to say that I saw tomorrow that Odion would be a great player when he played under me in 2006." 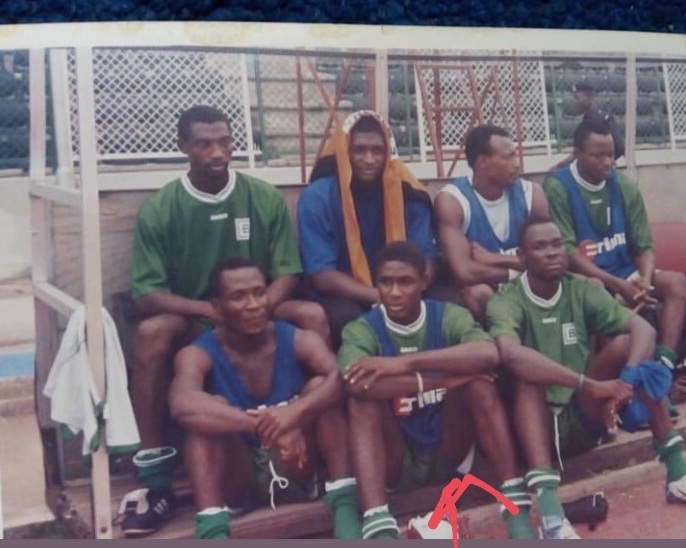 Ole Gunnar Solskjaer has confirmed Ighalo will travel with the team to face Chelsea at Stamford Bridge on Monday.

Ighalo has been undergoing intense fitness sessions to get himself physically ready for a Premier League return.

With Marcus Rashford sidelined with injury, Ighalo has been brought in to bolster Solskjaer's young attacking corps.

And Amoo says the former Nigeria international can provide exactly what United need.

"On a human angle by my own assessment of Manchester United and the player, he will succeed. And at a professional angle, Man Utd lacks a natural number 9 and that is the role Ighalo plays.

"I know that it will not be easy, but with hardwork and of course, I know that he is very dedicated to his work as a professional, I hope he will succeed. What is remaining is for God to bless and favour his work with success.

"For me, I have been watching him develop as a good striker. I watched him in the Super Eagles and while he was at Watford. He is a very determined player and naturally skilful and many people don't know this. People just think that he only score goals, but he does not only score goals, he is technically gifted as a striker.

"If you worked with a player for about two years, you will be able to observe his attributes and it is was glaring to me that Odion has great qualities as a striker. He is very passionate about his game and he has what we call goal sense.

"He knows that he is going to wear a big responsibility now at Man Utd and I think he has the attributes to be successful at Old Trafford." 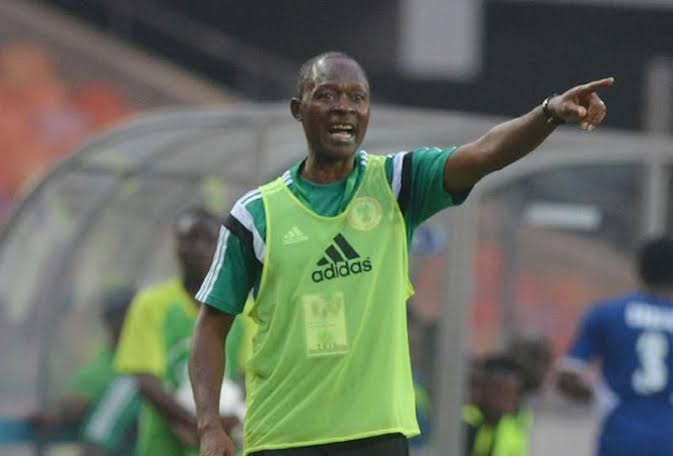 (Fatai Amoo on the sidelines)

More than just his on-field talent, Amoo provides us with an interesting and unique insight into the character of Ighalo off the field.

"I have always been advising him. He is a very humble and gentle person, always respectful. He is not arrogant in any way and he is a player that has distinguished himself in upholding the Nigerian culture of respect for elders.

"I want to specially thank his mother for all her prayers. Whenever we meet, she prays for me as the coach who trained her son more than a decade ago. She prayed for me at the beginning of the year, the mother still prayed for me when her son moved to Manchester United.

"Odion is well brought up, he is from a good home, a great professional and he will surely succeed at Old Trafford."