Odegaard & Arsenal: Why he faces Real Madrid battle if he wants to stay

COMMENT: This will be a player driven deal. Martin Odegaard and Arsenal. If the Norway midfielder is to stick around, he'll have to fight for it...

They've seen enough. Mikel Arteta, the Gunners manager. Edu, the club's sporting director. And all those support staff. To a man, they're agreed. If there's a deal to be done, Arsenal must keep hold of Odegaard next season - and preferably outright.

We say preferably because inside Real Madrid, where Odegaard's registration remains locked away, no-one is talking about pushing the 22 year-old out the door. They rate the lad. They see a future for him in the XI. And though there's no guarantees - should he return - that his status would change next season, there's no drive amongst Real management to cash in. If he is to spend another year away from the club - and significantly, coach Zinedine Zidane - then preferably it would be on-loan.

Indeed, there's been some angst expressed by directors regarding the entire situation. A belief, as one long time Madrid source told this column a good fortnight ago, of a real, genuine danger of losing a player the club has poured almost six years of time and resources into developing. That same source also revealing some top brass have openly questioned Zidane's treatment of Odegaard.

It's not the stuff of undermining or sabotage. But there is some empathy amongst the higher ups for Odegaard and his frustrations over the first-half of the season. Like those at London Colney, inside Valdebebas, staff know they have a potential world-beater on their hands. But the lad needs to play - as he proved last season away with Real Sociedad. Where he even took out one LaLiga Player of the Month gong.

Arsenal favourite Nacho Monreal, now with La Real, has no doubts about how influential Odegaard was on last season's successful campaign. A run to the Copa del Rey final and a sixth place finish in the LaLiga, Monreal and his teammates produced one of their best campaigns over the last decade - thanks in no small way to Odegaard. Indeed, Monreal admits La Real had to pull off something special to cover the void left by Odegaard after Real Madrid cut short his two season loan last summer. 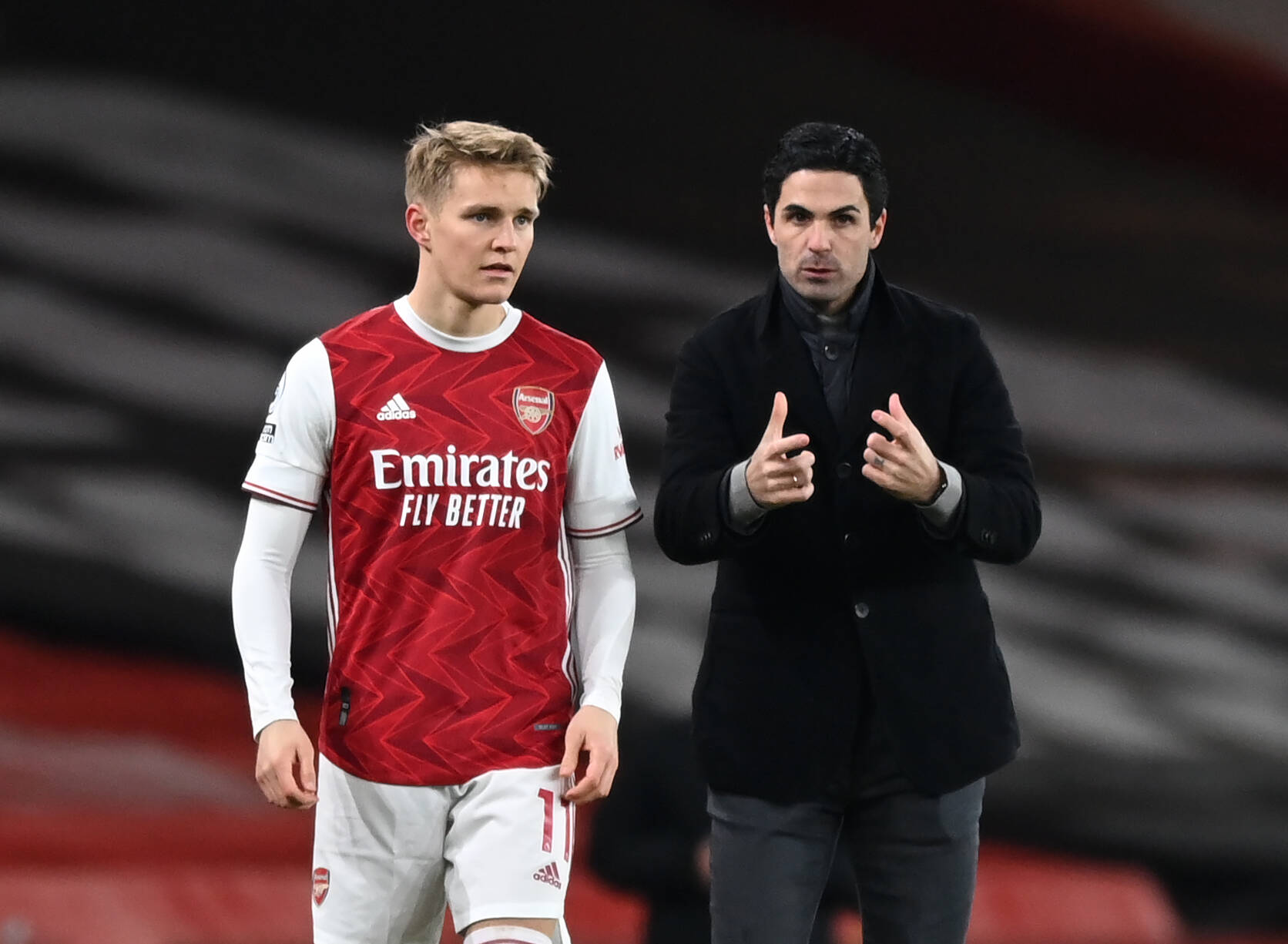 "Odegaard was a key footballer. We thought he was going to stay, but Real Madrid called him and he had to come back," recalled the veteran. "We were left with that little hole, but it didn't take the club three days to convince David Silva. What a change! We are delighted with it."

With his physique catching up to his ability, Odegaard is a matchwinning talent. And contrary to some with a direct pipeline to the press, there are people inside Real whom admire Odegaard's bottle to get across to England and test himself in the Premier League.

Of course, in public, the opposite has been relayed. Zidane, for one, questioning Odegaard's mental strength in choosing to leave in January. Jorge Valdano, the club's former coach and sporting director, another to take a dig at the youngster and his apparent unwillingness to fight for his place.

"A Real Madrid player must have the capacity to fight. He must not give up so quickly," insisted Valdano. "Especially not when you are young and competing against stars like Toni Kroos and Luca Modric."

For some, Valdano and Zidane have a point. But inside the four walls of Real Madrid, the opinion isn't unanimous. After his success with La Real, Odegaard doesn't need 12 months of coming off the bench. Of filling gaps when senior teammates are unavailable. And certainly, at least for this column, the last thing he needs is to be relying on a coach who will always go for the proven, experienced player over the youngster every time.

It's the scenario which led Odegaard to push to leave. Even with the team struggling. Even with numbers short. Odegaard had no confidence in Zidane calling him up. And there would also be doubts about whether, no matter how well he played, he'd keep his place once those injured senior players were fit again. That lack of trust in young talent can cut both ways.

At Arsenal. Under Arteta. The feeling is the opposite. Odegaard knows he has a manager who wants him to succeed - and will endeavour to give him every chance to do so. Even with no guarantee of the Norwegian sticking around, Arteta is willing to roll the dice. He's hinted at it when pressed, though without a full-blooded confirmation. But there is a confidence that should Odegaard feel happy and comfortable as an Arsenal player, that he won't skip out on the club at season's end.

It's a gamble by Arteta, but a measured one. Some of the old Boot Room have expressed their doubts. But there is a belief that while no permanent option exists on paper, in the mind of Odegaard and his camp, this deal need not end come June.

But it won't be smooth. No matter the opinion of Zidane, there's enough people of influence inside the club to argue against selling the lad from Stromsgodset. If Odegaard feels his career, at this moment, is best served playing in Arsenal's colours, he'll need to fight for it.