Not this time! Why Lampard & Chelsea must let Giroud leave

COMMENT: Olivier Giroud and Frank Lampard. He's talked him around once this year. But can the Chelsea manager do it a second time and convince Giroud to stick around - at least until June?

As far as a football saga, it's been a good one to follow. Particularly in the French press. It's there where Giroud has really let it all hang out.

We've heard him talk about how close he was from leaving Chelsea in January, "I almost signed for Lazio, Inter ... I was so determined to leave that I almost even signed for Tottenham". He's explained how he was convinced by Lampard to give him the rest of the season, "the coach gave me this chance to come back to the team and I took it". And now he admits he's reconsidering this position after spending much of this term benched, "I am convinced that I have a role to play at Chelsea. We will see in January..."

And from his perspective, you can understand Giroud's frustrations. In London, with Chelsea, he's an afterthought. Timo Werner has arrived and been handed No1 status by Lampard. Tammy Abraham, despite some inconsistency, is the manager's choice when he wants to go with two up front. Giroud is strictly backup.

But under Didier Deschamps. With the world champions. The contrast couldn't be greater. Giroud is the heartbeat of France's attack. A vital cog in one of the best teams on the planet. Deschamps has built his Les Bleus around the 34 year-old. And he intends to go to the Euros with the old man at the tip of the spear. The only thing that would give him pause for thought - and Deschamps has been open about this - is whether Giroud will be physically prepared for the tournament. The coach is convinced for his body shape. For his type of game. Giroud needs to be playing consistently if he is to fulfill what is expected of him next summer.

"I talk with him, he is aware of the situation," Deschamps stated after Giroud's brace in victory over Sweden. The Chelsea centre-forward now just seven goals away from reaching Thierry Henry as his country's leading goalscorer.

"He comes with a physical deficit. Since October, he has had very, very little playing time. The first game (against Finland) has served him well. He returned to Portugal well. Then, he scored two beautiful goals.

Three games in a week. Twice a starter. And by the third, Deschamps felt Giroud was reaching peak performance. That's his belief. And the message is simple: his situation at Chelsea needs to change.

Deschamps again, "He's a big build, having a shorter playing time doesn't do him a favour.

"If his situation drags on, he knows very well what I think he needs to do so that he remains competitive." 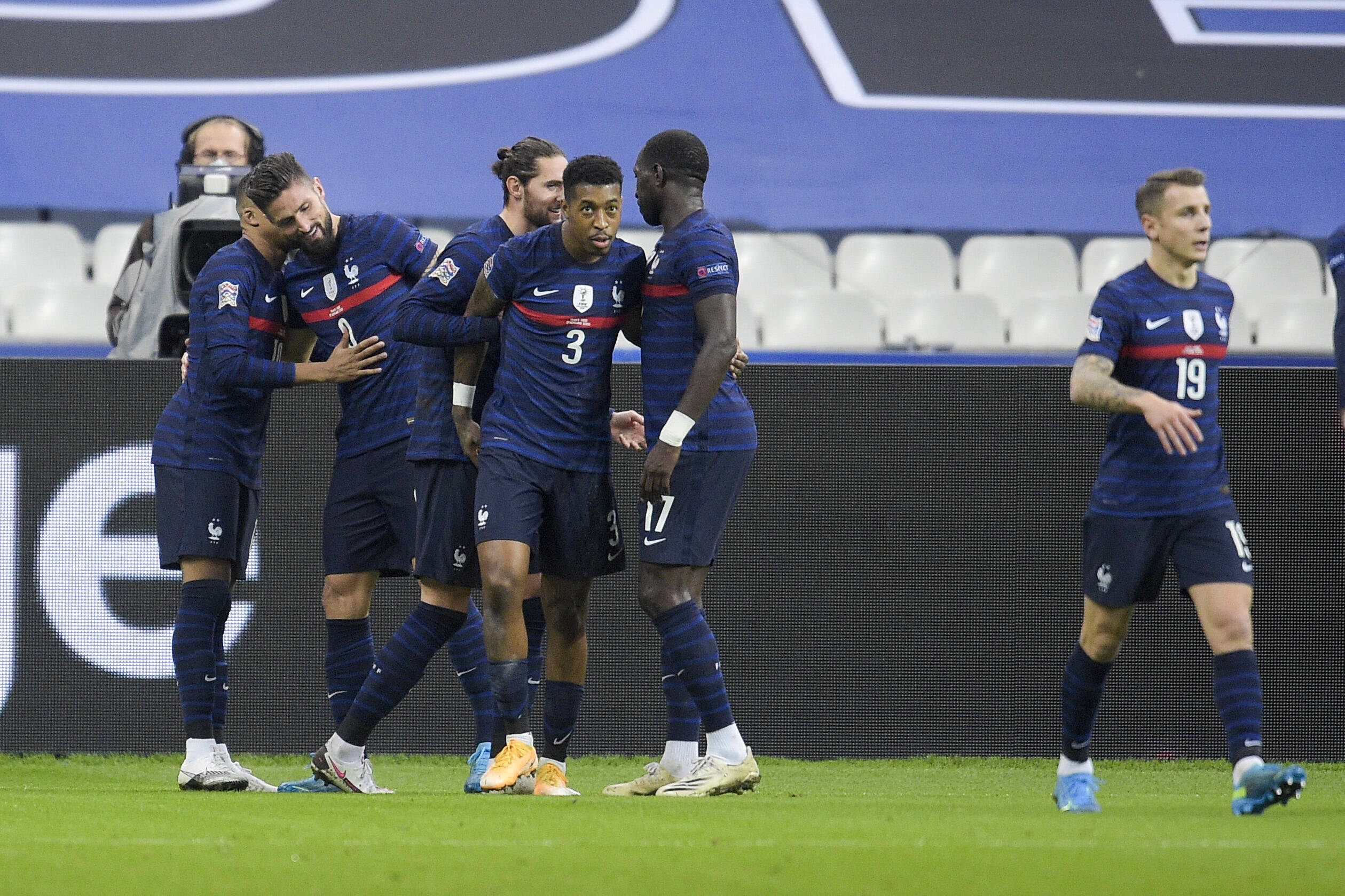 Giroud celebrates scoring one of his two goals against Sweden

France and Euros is a factor. But this goes beyond international football. Giroud feels at the peak of his powers. This isn't a wily veteran trying to eke out another season before hanging up the boots. For Giroud, these are the years where everything comes together. And he doesn't want to spend those seasons on the bench. Or worse, in the stands.

"When there are signs, I will feel it," he says. "I will be lucid when I realise that I have lost speed, explosiveness, jump ... But I hope to have three, four, five years at the highest level."

And for the of game Giroud possesses, how can you argue against him? Just consider what Zlatan Ibrahimovic, at 39, is doing in Italy with AC Milan. There's no better centre-forward in the country. Good conditioning. Good diet. And using 20 years of experience to maximise your performance. For a centre-forward of Ibrahimovic's or Giroud's type it's more about the mind than the body.

And from the words yesterday of Michael Manuello, Giroud's agent, the motivation for the player is as intense as ever. Manuello not only calling out Lampard, but taking a shot at Abraham and his form when compared with Giroud last season: "...you'd be blind not to see that Frank Lampard has decided to put Tammy Abraham ahead of him. It is not frankly fair when you look at what Olivier did at the end of the season".

Manuello hasn't gone off script here. He'll have discussed it with Giroud before speaking out. And to be fair, again, you can understand the frustration. The Frenchman was front and centre for last season's top four push. An achievement that eased the pressure on Lampard, that helped the club work at the top end of the summer market - and not to mention boosted their bottom line. A run of form Giroud was proud of - and his role in Chelsea's season finish is something he treasures.

Discussing the arrival of Werner and a meeting he had held with Lampard, Giroud - again to the French press - revealed last month how much he felt his contribution had benefited the manager and Chelsea: "Timo Werner? I provoked this discussion with the coach because I wanted to make him understand initially to be transparent with me that I had not made this end of the season when I scored 8 goals out of my 10 starts in Premier League for nothing."

For Giroud, these things matter. The respect he has of Deschamps and his fellow World Cup winning France teammates. The way he put aside the disappointment of not getting a move in January to fire Chelsea to Champions League qualification. These are credits to put in the ledger. Reasons for Lampard to be starting him regularly. But for the moment, Giroud is being ignored.

Lampard is no villain here. You can understand his approach. For the manager, there's more to be gained in starting Abraham and accelerating his development, than the young England international being benched and swapping roles with Giroud. It's football. It's decisions. Opinions. And it's clear the manager and his senior centre-forward are no longer on the same page.

Back in July, this column argued for Chelsea to hand Giroud his current contract. For his impact, his quality, his experience, Giroud deserved a new deal. But four months on, those very same reasons can be argued as to why Lampard must allow Giroud to move on in January.

He's too good to be a pinch hitter. An afterthought. He deserves better. And on the international stage he's proven he deserves so. Come January, Lampard should shelve any thoughts of trying to talk his centre-forward around and just let Giroud go.