Not the fit for Arteta: Why Arsenal should have no regrets cutting loose Guendouzi and Aubameyang

COMMENT: It had to happen. Even those now rewriting history agreed with both decisions at the time. Mikel Arteta couldn't take Arsenal forward with Matteo Guendouzi and Pierre-Emerick Aubameyang on board...

They say the general populace have a memory problem these days. But it must be at crisis levels for pundits and their online make-believe media friends. Yes, Aubameyang has played his part in Barcelona's New Year revival. Yes, Guendouzi has won his first caps with France thanks to the platform Olympique Marseille has provided. But as Arsenal players. As Arteta players. They just didn't fit. Indeed, it was worse than that. Their presence undermined all the work and effort the manager and his staff have pored into rebuilding this squad - and this football club.

Of course, two defeats on the bounce and the online opportunists are back at it. But Arteta's response after defeat in London to Brighton was spot on. The claims around the handling of Aubameyang - and to a lesser extent Guendouzi - by Arteta only getting oxygen due to back to back losses.

“I haven't heard that question in the last six weeks so I have already forgot about that question," scoffed Arteta on Saturday. "When you remind us with those questions its always after a defeat and I don't like to comment on things like that."

Quite right. Though we can go further. When was the last time a story was leaked about a training ground bust-up since Guendouzi's departure? When have we had debate about the attitude and professionalism of the Gunners' locker room since Aubameyang was handed his last-minute contract release? What about lack of effort? The over-generous salaries? The bling? The detachment? The tension between players and fans? Where have all those stories that so dominated reporting on Arsenal... where have they gone?

Well that's easy. They've all followed Aubameyang out of London Colney. Yes, they've stumbled this past week. On paper, away at Crystal Palace and at home against Brighton, Arsenal should be banking six points. But this is still a young, growing team. Just consider that five in midfield for the Brighton defeat: Martin Odegaard, Albert Sambi Lokonga, Bukayo Saka, Emile Smith Rowe and Gabriel Martinelli. All potentially 10-year Arsenal prospects. As exciting a group of young players as any in Europe. But also, all at the very beginning of their careers - including Odegaard. They're not at an age where consistency should be demanded. There's going to be troughs. Plenty of peaks, of course, but no player at the age of this quintet should be expected to be up for every game they're involved in. 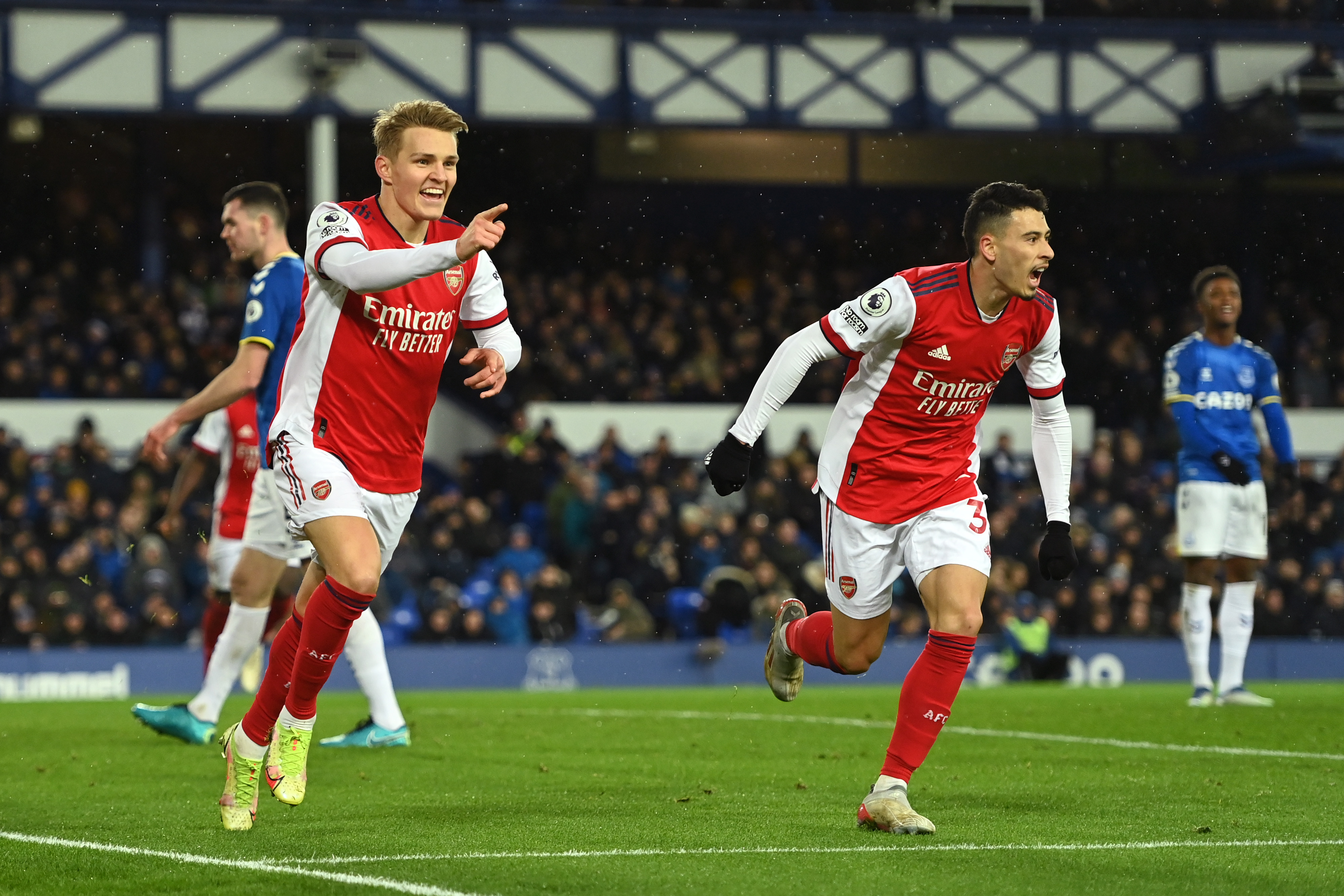 But what of Aubameyang and Guendouzi? This is no knock on them. Both deserve great credit for how they've thrived in new environments. This column has long been a fan of Guendouzi and is particularly pleased seeing him rewarded by Didier Deschamps this season.

But his time with OM hasn't lacked fireworks. He's clashed with teammates during games. He's upset opposition with his verbals. A part of his armory? A game that needs that spiky personality conflict to shift into high gear? Perhaps. And there's nothing wrong with that. As a fan. As a neutral. It's great viewing. And in Marseille he's found a coach in Jorge Sampaoli who is happy to see his players perform with that edge.

But that's not what Arteta is seeking in a player. A box-to-box monster. He can tackle. Pass. Harangue and inspire teammates. There's no denying it's all there. But as we said, for Arteta's Arsenal, Guendouzi just doesn't fit. And this column would argue, if Pep Guardiola had inherited Guendouzi at Manchester City things would've run the same course. Indeed, we'd predict that in two-to-three years' time we'll hear from a more mature Guendouzi admitting some regret at failing to rein in his personality for the sake of his Arsenal career.

At 22, as a player due to sign permanently with Marseille, Guendouzi has arrived. We'll see him at the World Cup this year. But this is how football sometimes works. Arteta and Arsenal won't have regrets.

And the same can be applied to Aubameyang. In a Barca shirt, he appears a different player. Certainly, he's on a different salary. That club record money which perhaps contributed to his form slide at Arsenal now replaced by a modest €5,000-a-week. Again, credit Aubameyang for taking this gamble and meeting the challenge. But no-one can honestly say the current form we're seeing from the Gabonese was ever there in his final 18 months as an Arsenal player.

Again, on Arsenal's side, there shouldn't be regrets. With Aubameyang's departure came an opening for Martinelli to fill. He's young. Still raw. But it's now Gabriel Martinelli of Arsenal and Brazil. And even at just 20 years of age, Martinelli is on track to lead the line for his country at Qatar 2022.

Back-to-back defeats are never welcome. But it's crazy to suggest Arsenal are not moving forward. Just as it is to question Arteta's decision-making. The critics can rewrite history all they want, but everything still indicates Arsenal are better off with Guendouzi and Aubameyang not on board.