Never too late? Why Chelsea fans could yet swing takeover in Ratcliffe's favour

COMMENT: It's a scramble. A last ditch scramble. And now it's down to PR. If Sir Jim Ratcliffe's bid for Chelsea is to be successful, it'll be about the fans and whether they can be convinced in the coming days...

So the latest is Todd Boehly's consortium has been chosen and their bid is now in front of the Premier League and the UK government. If both bodies agree, Chelsea will be sold to the conglomerate.

Or so they say... because for those impressed by Ratcliffe's late offer. For those unconvinced by Boehly's group of financiers. There is an opening for the British bid to still be successful. For ultimately, it isn't the Premier League who will sign off on this sale. Nor the UK government. Not even Raine bank. In the end, no matter the claims to the contrary, Chelsea will not be sold without Roman Abramovich's approval. And we know, if there is enough of a groundswell of support for the Ratcliffe offer, then Abramovich will hesitate.

Just as he has over the years with his managers. Just as he has in the transfer market. If the Blues fanbase make their feelings known, Abramovich will act. Boehly's group may be in the boxseat, but it doesn't matter what the opinion is from the Premier League board, the government... not even the Chelsea Supporters' Trust. It really comes down to the sentiment of the support.

Ratcliffe has thrown down. "A British bid for a British club", was the catch-cry. Though this went further - much, much further - than any sale slogans. The offer for the club is £2.5bn. Ratcliffe, himself, has pledged a further £1.75bn over the next ten years for squad investment. And speaking this week, he pulled at the local heart strings.

"We were late with our offer, and that's our fault," conceded Ratcliffe, "but we are committed to that proposal to spend £1.75bn over the next 10 years.

“I'd say don't discount our offer. We are very British. We've got great intentions for Chelsea. It is a very important British asset and consideration should be given to a British bid."

We discussed it last week. For any fan, Ratcliffe's words. His presence. It's something you can connect with. Get your arms around. Unlike the hotch-potch of companies and billionaires Boehly has cobbled together from around the world, here's an Englishman willing to buy an English club. From one Russian billionaire to one English one. On paper, it makes total sense.

Yeah, he's late to the party, but the brief he has offered makes him a genuine contender. Stephen Pagluica certainly thinks so. As does Sir Martin Broughton. If Boehly can't show in practice what he has on paper, then the other two remaining bidders accept it will become three. 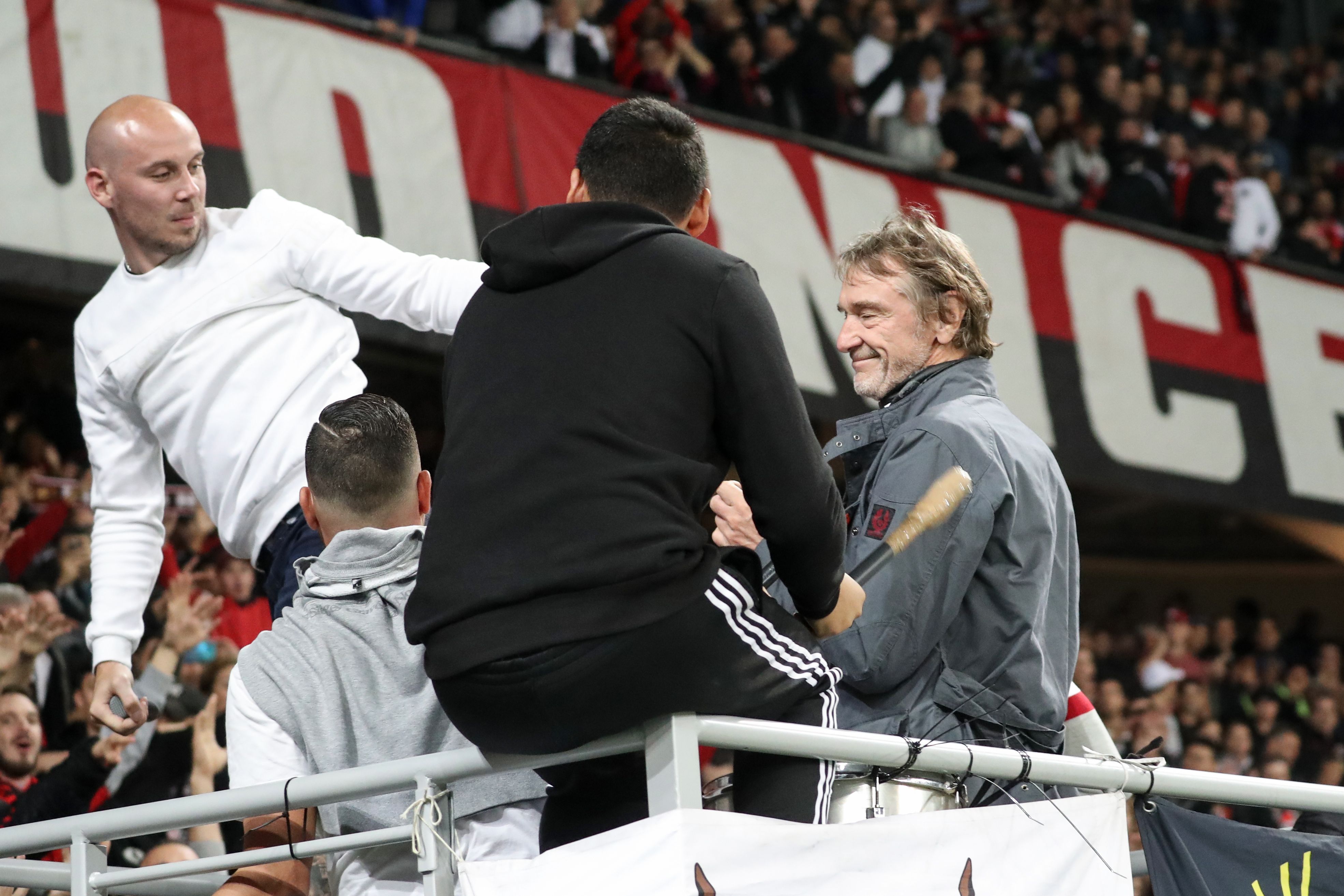 Ratcliffe addresses Nice fans after buying the club in 2019

Again, this is streamlined. Ratcliffe doesn't need to satisfy shareholders. He doesn't need to repay venture capital. It's him. He'll be the owner of Chelsea. And if true to his word, he'll carry on the legacy established by those before him.

“If we want to make money, we look to make money in our chemicals, a bit of oil and gas, that sort of thing," said Ratcliffe. "We're not interested in making money out of Chelsea. The investment in Chelsea is a long-term thing.

“Can we run that club really well and turn it into one of the finest clubs in Europe? I don't think it has consistently been where you would put a Real Madrid, Barcelona or Bayern Munich. It is a notch below Liverpool and Manchester City. It is about consistency."

As we said, Ratcliffe has thrown down. We haven't heard from Boehly - at least speaking directly to Chelsea's support. But Ratcliffe has - and was eager to highlight the difference between his approach and that of Boehly's group.

Discussing the "venture capital" involved in Boehly's consortium, Ratcliffe said: “It's a simple business: you persuade a pension fund or an insurance company to give you money, which you manage with the intention of increasing in value, and if you do that you get a share of the profits. So your focus is always on, 'How do I make that money grow?', and it's typically a five-year time horizon — and their [Boehly's] main funder is private equity and venture capital.

“In America, the big sports clubs won't allow those people to come in and buy the clubs, but in the UK you can."

With his words, Ratcliffe was challenging Boehly's group, sure. But he was also sending a message to the Premier League and government. Why can Boehly's lot be involved in English football, but not in US sport? More pertinently, why is it only Ratcliffe asking such a question?

For the moment, the local press are insisting Boehly's consortium will be the winning bid. Though it's worth saying, this was the same lot claiming Abramovich would be reneging on gifting his £1.5bn loan to the club.

So working from that standard, we say everything remains open. Abramovich will have the final say on Chelsea's future. Better yet, the Blues support will. If Ratcliffe can ramp up the PR over the coming days, Chelsea could yet find itself in the hands of a British owner at the end of the month.