Musiala? Mola? Why is Chelsea's academy losing so much top talent?

COMMENT: So who's next? Who'll be the next whizkid off the Chelsea conveyor belt? The next to break into the first team? Oh no, but not for Frank Lampard. No. But beyond Chelsea - even beyond England...

Jamal Musiala is one. Nicked away from Chelsea's U18 team last year, the winger is now in the record books of mighty Bayern Munich. At 17 years and 115 days, Musiala became the youngest player to feature in a Bundesliga game for the club. The previous record being held by Pierre-Emile Hojbjerg, the wantway Southampton midfielder.

And while the news was a surprise to most within English football, it wasn't to the Dane. Hojbjerg well aware of Musiala's talent and what his old friends at Bayern think of the dual England/Germany international.

"I am amazed at Jamal," declared Hojbjerg. "I am not annoyed that he caught my record, but I am proud of him. This debut is a very big step in his career, his life and also in the life of his family. As a boy, Jamal rang the doorbell and looked at the adult world of football. He has a huge opportunity." 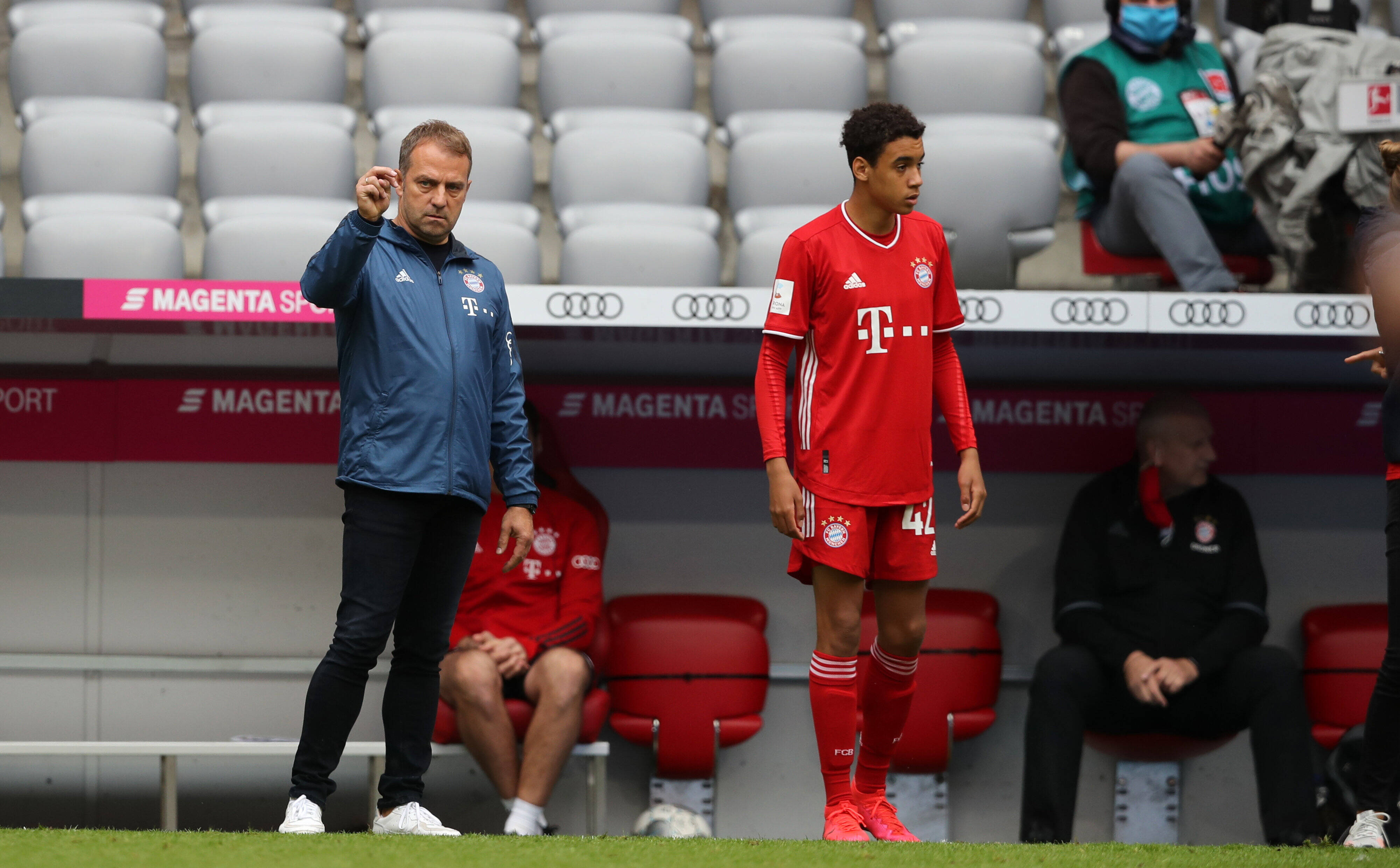 But for those keeping track, that's all old news. Another former Chelsea teen, another now Bayern prospect, has been added to Hansi Flick's first team squad for next season.

At 17, Bright Arrey-Mbi, a promising centre-half, is now effectively a first teamer at Bayern. And he makes the promotion with the full backing of his senior teammates. While Mum has her concerns about the decision to accelerate Bright's progress, none other than David Alaba insists he's ready for the demands.

"His athleticism and understanding of the game are very high. I see a lot of potential in him," says the Austrian.

So that's two. Two players Chelsea's academy staff have poured years of coaching and expertise into - and all for the benefit of the biggest club in Germany. Oh but wait, there's more...

Heard of Clinton Mola? Maybe? Well, Sven Mislintat had. The former chief scout of Arsenal now running things at VfB Stuttgart. Mislintat was well aware of Mola and without much fuss ferried him away from Chelsea's academy on January deadline day this year.

A fee of €400,000 was settled - with Mislintat burning off competition from AC Milan to clinch the deal. Yeah, Mola had made little impression on the local media, but they knew about him far and wide on the continent.

Not as a project player, Mislintat signed Mola for the here-and-now. And at 18, he was making his debut with his new club. Indeed, Mola made the left-side of defence his own, helping VfB win promotion back to the Bundesliga this past season.

The success of Mola was in no small way down to the efforts of Mislintat, who had been following the player's progress for the past three years. Jadon Sancho's agent, Emeka Obasi, alerting Mislintat to Mola when negotiating the former Manchester City prospect's move to Borussia Dortmund. 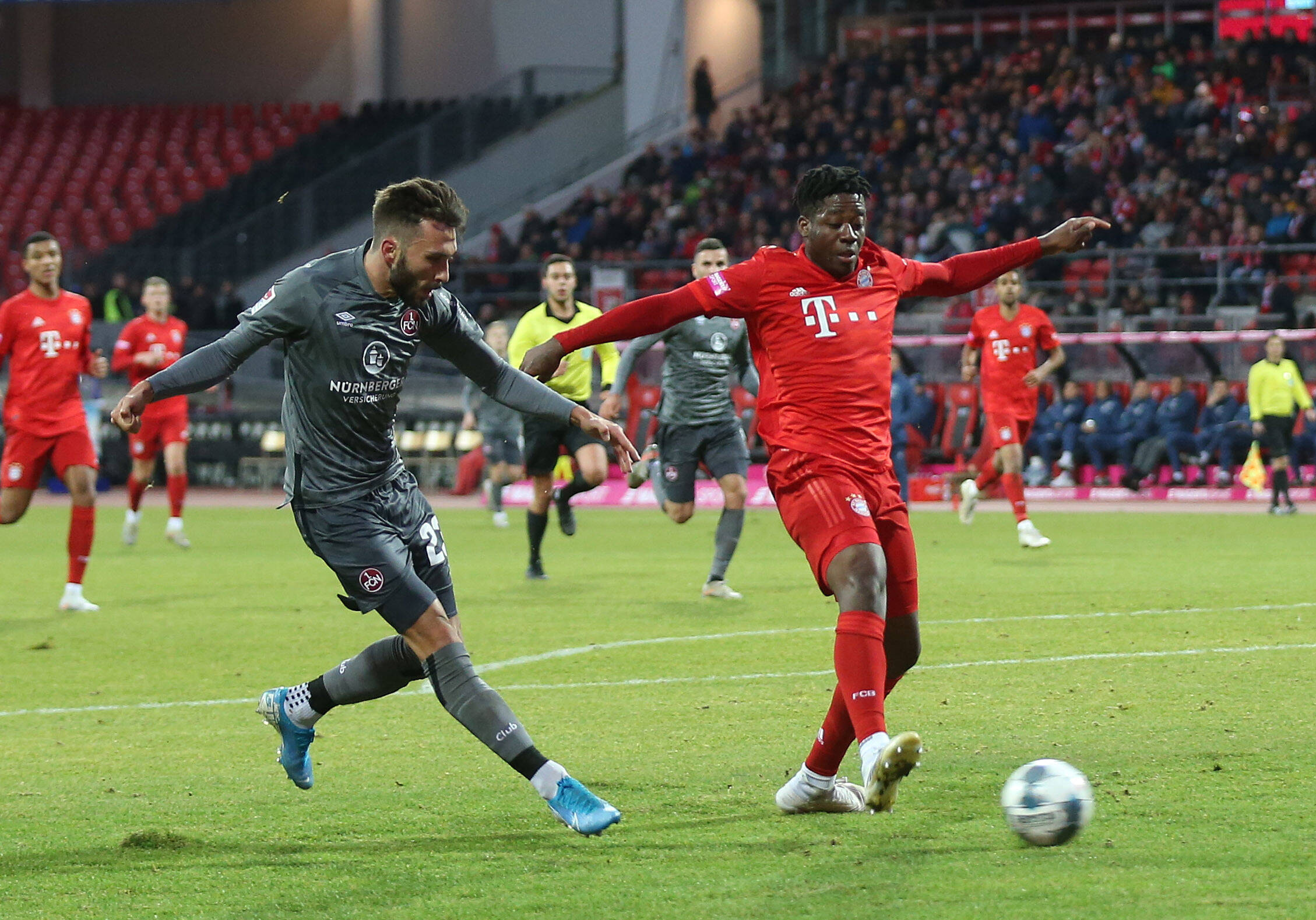 In a way, Chelsea's academy staff should be flattered. Producing record-breaking talent is some achievement. But that it's being done at the expense - and not for the benefit - of Chelsea must be an increasing concern.

You can't blame the pathway. Lampard, in his first season in charge at Chelsea, has shown he'll not only give his kids a chance, he'll back them where warranted over senior alternatives. But the thing is, all three players mentioned quit Chelsea before talk of the first team had become a genuine prospect.

And this has been no one-off. Like Mola, Tariq Lamptey quit the club in January for Brighton - where he finished the season as first-choice fullback for manager Graham Potter. Zach Medley is now training with the first team at Arsenal. Marcin Bulka is waiting for his chance at PSG. Fellow goalkeeper Nicolas Tie has just left for VitoriaGuimaraes. And 16 year-old winger Samuel Iling-Junior is in talks to sign with Juventus.

Then there's Jonathan Panzo, an U17 World Cup winner, who has just completed a season on-loan at Cercle Brugge from AS Monaco. He could yet join his old pals in Germany, with Borussia Monchengladbach are willing to pay big money to buy him outright.

Monaco, Bayern, Juventus, Arsenal... these are effectively the modern-day rivals for Chelsea. Clubs which in the near future could be competing - and beating - the Blues with players forged and developed on the training pitches of Cobham.

The problem is, there doesn't appear an answer to prevent this growing trend. Chelsea are powerless to prevent a Iling-Junior, having seen what Musiala has achieved, to take the gamble himself and jump ship. The battle Barcelona has waged against Premier League clubs raiding their La Masia honed talent for the past 20 years has now reached the Cobham gates.

It's not a question of if, but when. When - and who - will be the next whizkid off the Blues conveyor belt to break through at a top European club...?