COMMENT: There's players. There's performances. But then there's goals. And as much as his Liverpool are flying at the moment, Jurgen Klopp will know so much of this season's run has been dependent - as always - on the goalscoring form of Mohamed Salah...

Those close to Klopp say the decision to initiate new contract talks last month was driven by youth. The progress of the players Liverpool have added in recent transfer windows actually stunning the manager. Luis Diaz and Ibrahima Konate have made major contributions to their Quadruple push this season. Diogo Jota and a fit-again Naby Keita likewise. Liverpool are getting it right in the transfer market - and also in the dressing room. The ease with which Klopp's new arrivals have settled and helped drive a winning team saying so much about the culture that now exists within this club.

This isn't a trophy run built around an ageing team on it's last legs. Nor even one that - player-for-player - is at it's peak. Klopp and the front office at Liverpool have found a way to continue to renew this XI in position after position. There's energy and youth spread across Klopp's line-up - and furthermore, these youthful options are making telling contributions.

So of course, Klopp wants some of that. He can see a formula that is succeeding. And so committing to another two years. Bringing up the prospect himself to the club's top brass. It's all very understandable.

But there is uncertainty hanging over this Liverpool team. A genuine - and growing - shadow of doubt. As impressive as Konate has been when called upon. As exciting as Diaz has been since walking through the Shankly Gates in January. All of this progress and development has been able to occur in a winning team. And that winning consistency has been built on the goals of Mohamed Salah.

Before this season, in three out of the four campaigns Salah has led the line for Liverpool, he's finished with 25 or more goals. This term, he has just reached 30 and is confident of finding another 10 in the remaining weeks.

"... before the season I said 'Okay, I will go for 40 goals this season and 10, 15 assists'. Now I've reached the assists I need to focus on the goals now," the Egyptian declared after the dramatic victory at Villarreal. 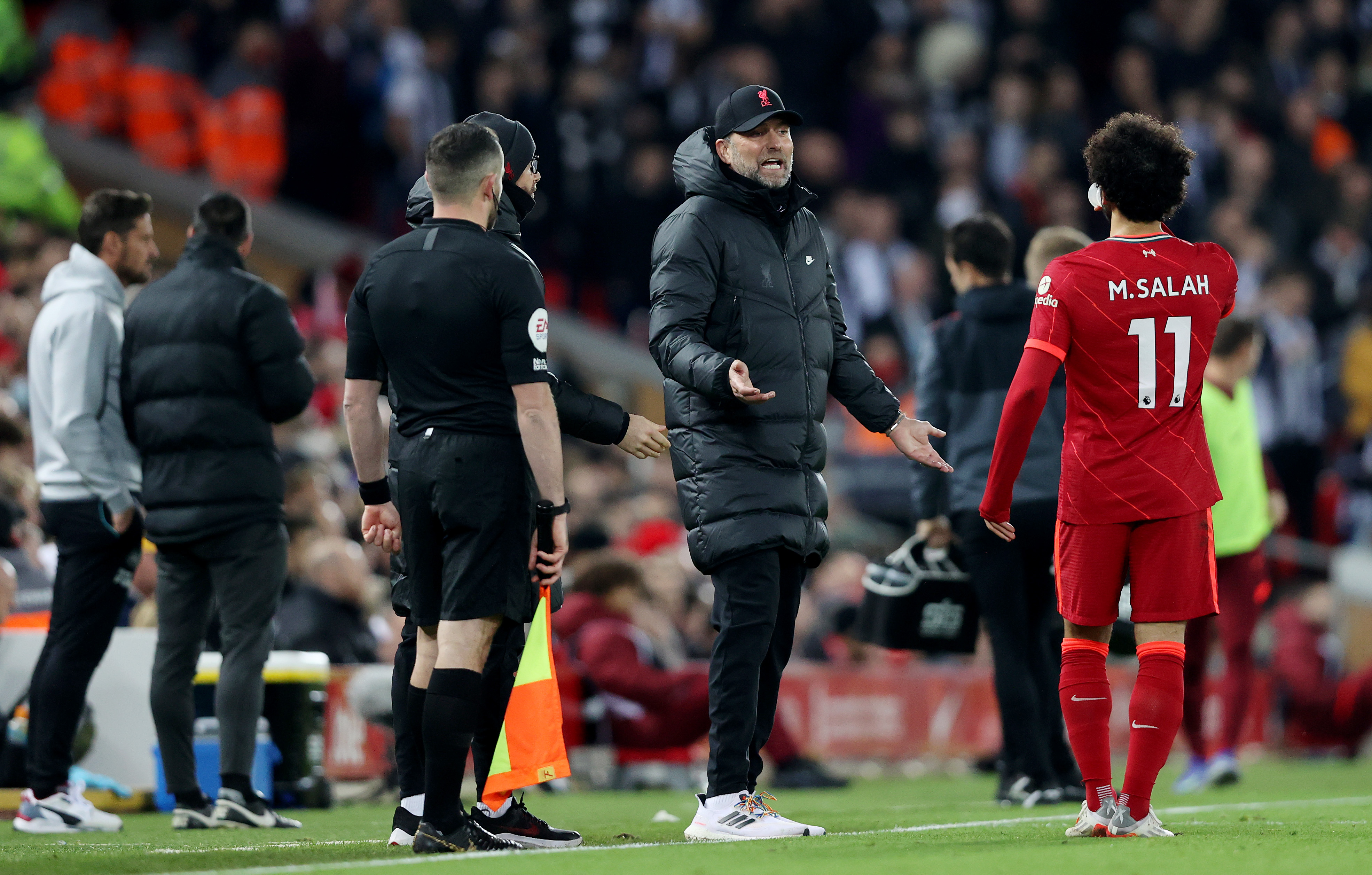 In terms of numbers, this isn't in the Cristiano Ronaldo class of Real Madrid and Juventus. But factor in the competitiveness of the Premier League. The quality of player Ronaldo and Salah have had around them. And it does bear arguing the importance of Salah to Liverpool's success is a worthy comparison.

Salah isn't a one-off - but he's mighty close. Stick him in a Los Merengues shirt. Give him his Liverpool record. And the world is talking about Salah just as they are Karim Benzema this season. But there's more to his contribution than a name on a scoresheet. Those 15 assists. That willingness to buy into Klopp's pressing game. It all adds up. The question is, can the top brass at Liverpool see it?

For this column, the answer is no. And this doesn't just go for the LFC board room. From the ex-players in the media. Even, perhaps, to Klopp, himself. There does appear a lack of real appreciation of what Salah gives the club.

For Klopp, it's baffling why Salah has been consistently overlooked when it came to taking the captain's armband in Jordan Henderson's absence. For the exes, there does appear some real resentment regarding Salah's new contract demands. And for the board, that these negotiations have been dragging on for over a year suggests little willingness to get close to what Salah and Ramy Abbas, the striker's agent, are fielding from elsewhere.

At 29. And with his record; His reputation; His global appeal. Salah is at the peak of his earning powers. If ever there is a player worth bending the rules for, it's Mo. But whether it be the pundits or the local rag, you can sense some acrimony towards Salah and Abbas now that it's time to call in what's due.

For the goals. The performances. Of course, everyone connected to the club appreciates the contribution. But there is something not quite right when the moment comes for him to seek what he's worth, a backlash ensues.

Yes, Salah has spoken openly about playing elsewhere. Yes, he's talked up the idea of pulling on a Real Madrid or Bayern Munich shirt. But all of this would've been avoided if the board had acted quicker when Abbas initially raised the prospect of new contract negotiations. Dragging things out has only created a vacuum, which has been filled by transfer speculation and throwaway lines.

Now on the brink of entering the final 12 months of his deal, Liverpool are facing a crunch moment. As Real Madrid and Juventus have discovered. You don't replace the goals and contribution of a player like Salah with a simple snap of the fingers.

Liverpool have unearthed some exciting new players this season. There's been some great performances. But it's largely hinged on the goals of Mohamed Salah. The prospect of filling that void will cost the club so much more than paying their No11 what he's worth.