Messi, Barcelona & El Prat meltdown: Why Man City have never had it so easy

COMMENT: Messi and Man City? It's on now, surely? When the first thing, upon touching down back in Barcelona, out of Lionel Messi's mouth is to complain about another slight against him, you know any hope of the Argentine putting everything aside and penning new terms is all but gone...

And of course, this is big news for Manchester City. Huge news. Dubbed what could've been the "signing of the century" in Spain, it's now fast becoming reality. As this column warned last week, those comments by Eric Olhats, no matter the motivation, were always going to elicit a response from Messi. But we didn't predict the Argentine would be so up front about it.

Maybe a word to Antoine Griezmann. Maybe even addressing the squad behind closed doors. Asking teammates if they really did believe he ran "a regime of terror". You could see Messi doing something like that.

But this was no burofax moment. This was up front and in your face. After time away with his Argentina teammates, the words of Olhats had clearly stung and had left Messi to ruminate on them as he flew back to Spain. And upon stepping off his flight and entering the El Prat terminal, he let rip.

"I'm tired of always being to blame for everything," he snapped.

But Messi wasn't about to end things there. With wife Antonela arriving to pick him up, as he entered the car, the Argentine also rapped: "On top of that, after a 15-hour flight, I had the tax authorities waiting for me. It's madness..."

So his teammates are talking behind his back. Those in local government are chasing him down. Could it get any easier for Manchester City with just weeks to run before the January market opens?

Indeed, throw in the removal of the much-maligned Josep Maria Bartomeu and all the obstacles that blocked City from reuniting Messi with his old coach Pep Guardiola have fallen away. For all the criticism of their former president, it was only the stubbornness of Bartomeu which prevented Messi from quitting for City over the summer. 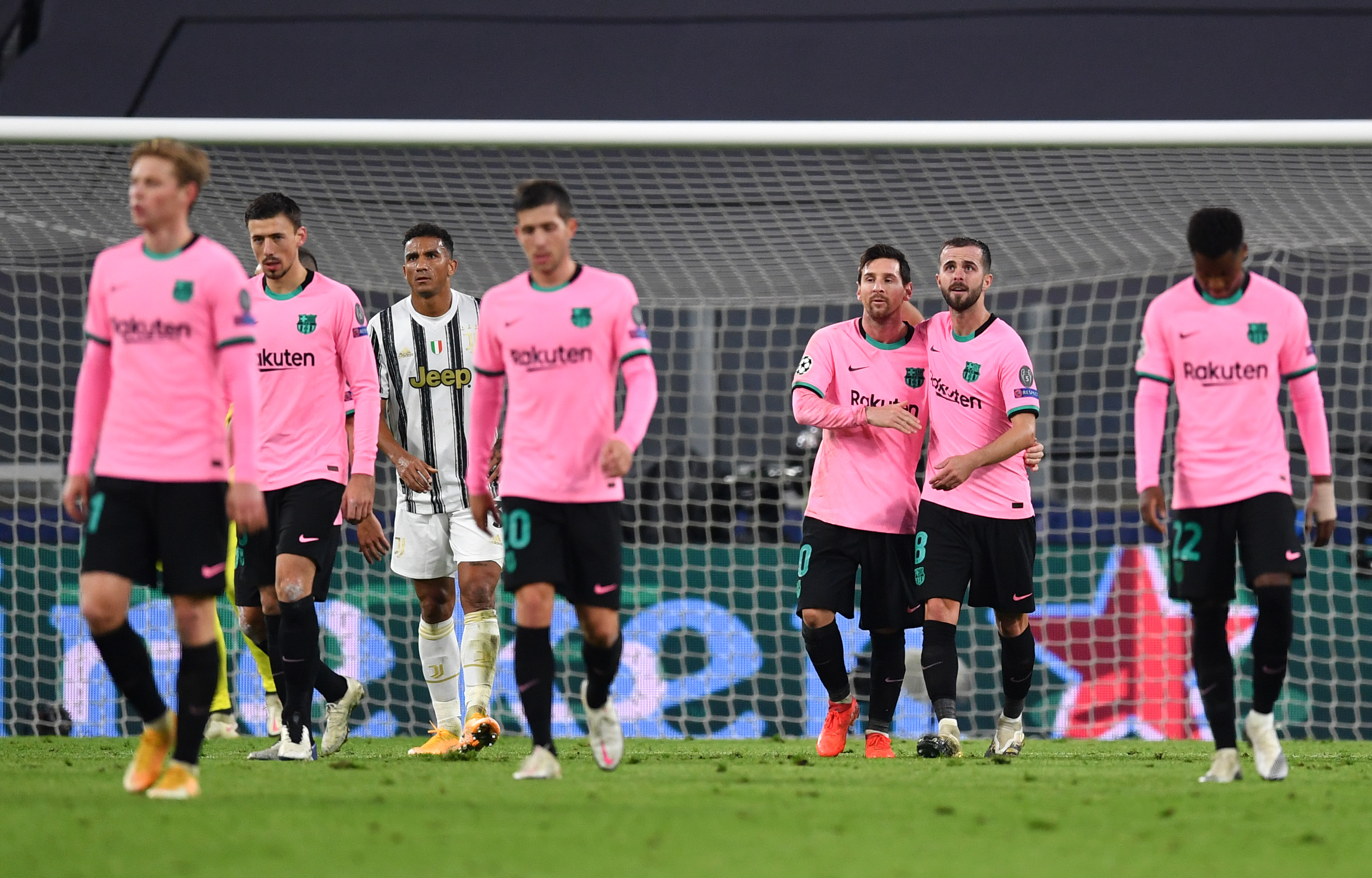 Which now could happen midseason. If Messi is so willing to let his emotions run as they did on Wednesday, you can only imagine what's being said behind closed doors. And with a contract about to enter it's final six months, Messi could demand to be sold before the January 24 election.

Just days after the European market had shut, Omar Berrada sent a message to Messi loud and clear. Bartomeu may've done enough to thwart City during that window, but they'd be back. City's chief exec making their intentions known to all concerned.

"Messi is a generational talent," declared Berrada, "he's the best player in the world and probably an exception to potential investments that we'd do out of the ordinary but our planning has been done with this current squad and it is being considered with the current opportunities that we have."

In other words, if Messi wants it to happen, City will find a way to make it so. They're going to be back. Bartomeu won't be there. Messi's contract will still be winding down. And most significantly, neither his situation nor his mood has changed since the summer.

"He's an amazing talent," continued Berrada, "he's somebody that can make a significant impact at any club in the world on and off the pitch immediately.

And this is where it all gets bigger than simply a transfer between clubs. Berrada is correct. The impact of Messi off the pitch for City will be seismic. In terms of marketing and revenue potential, the deal will launch City into a new stratosphere. For name recognition. For global popularity. And for all this will bring. It will give the club the opportunity to achieve in a year, what would otherwise take a decade or more to establish.

Indeed Cinto Ajram, Barca's former marketing director, recently warned: "Rakuten began the relationship with Barcelona at a critical moment in which it had the trident formed by Messi, Luis Suárez and Neymar. Commercially they were a bomb and now Barcelona is proposing to renew Rakuten without Suárez and Neymar and with the question of whether Messi will continue.

"When you sell the Barcelona brand around the world, you put on the face of Messi."

And that's only dealing with Barca and City. In times like these, what happens to a competition that loses an iconic player like Messi - and what happens to the league that welcomes him? Just this week, LaLiga president Javier Tebas declared, if the local lockdowns aren't changed, they'd need "€500m" just to finish the season - and that was with Messi completing the campaign. In England, it won't be just City who'll benefit from this move.

Like or lump it, the respite Bartomeu afforded Barca has been squandered. The emotions that led to Messi firing off that burofax over the summer still remain. Indeed, from accusations made by old confidants of teammates, to local government demands, those emotions have only intensified.

You only need to consider those first words upon his arrival at El Prat. Messi and Man City? Oh yeah, it's on...