Mendy is Lampard's No1: Why Kepa needs to cut Chelsea ties NOW

COMMENT: Four days. Four days to save your place. Indeed, four days to save a career. That's the reality now facing Kepa Arrizabalaga. And if he and his minders don't act now, Chelsea's fallen goalkeeper faces a lost year...

Cycle back 12 months and Kepa was flying. Sure, there was criticism from some quarters in the English press about his form. But youth was on his side. His manager supported him. And in Spain, it was acknowledged he was the best the country had.

Today? Well, today the contrast couldn't be more clear. And in a tournament year, with the postponed Euros to be staged next summer, Kepa risks blowing it all if he can't find a move away before Monday's transfer deadline.

That's the reality. And no friendly sources planting motivational messages in the local press is going to change things. It's settled. Frank Lampard has his goalkeeper. As has football chief Petr Cech - and long-time keeper coach Christophe Lollichon. In Edouard Mendy, they've staked their reputation. Even their job. All three men need the signing from Rennes to succeed at Chelsea. And Mendy will be given every chance to prove them right. Kepa simply isn't going to get a look in.

At 28, Mendy hasn't arrived as a project player. Or one for the future. Lampard has brought the French-born-and-raised Senegal international to Chelsea for the here and now. The manager's thinking is obvious. With the French-speaking Thiago Silva ahead of him, perhaps Kurt Zouma too, Mendy arrives with the aim to seamlessly fit into that back five. The English will develop, but for the here and now, there's no need for that. Mendy will be expected to hit the ground running.

Mendy is Lampard's goalkeeper. Like Timo Werner is his striker. Kai Havertz his No10. The manager hasn't signed Mendy to simply 'compete' with the keepers he inherited. He signed Mendy as his long-term No1. And critically for Kepa, Lampard did so with the full backing of not only Cech, but also Lollichon.

Indeed, the latter has been talking about Mendy for the past 18 months. For Lollichon, at £20m, Chelsea have grabbed themselves a bargain.

"The best goalkeeper of the championship of France," Lollichon, having now won back some influence after being sidelined by Maurizio Sarri's team, declared at the time. "...he's a great goalkeeper that we necessarily follow in the Premier League.

"When you are nearly 2 metres (1m97), with such a ground game, such placement and initiative taking as he has, if recruiters do not look at him, it's because they have to change jobs (laughs)." 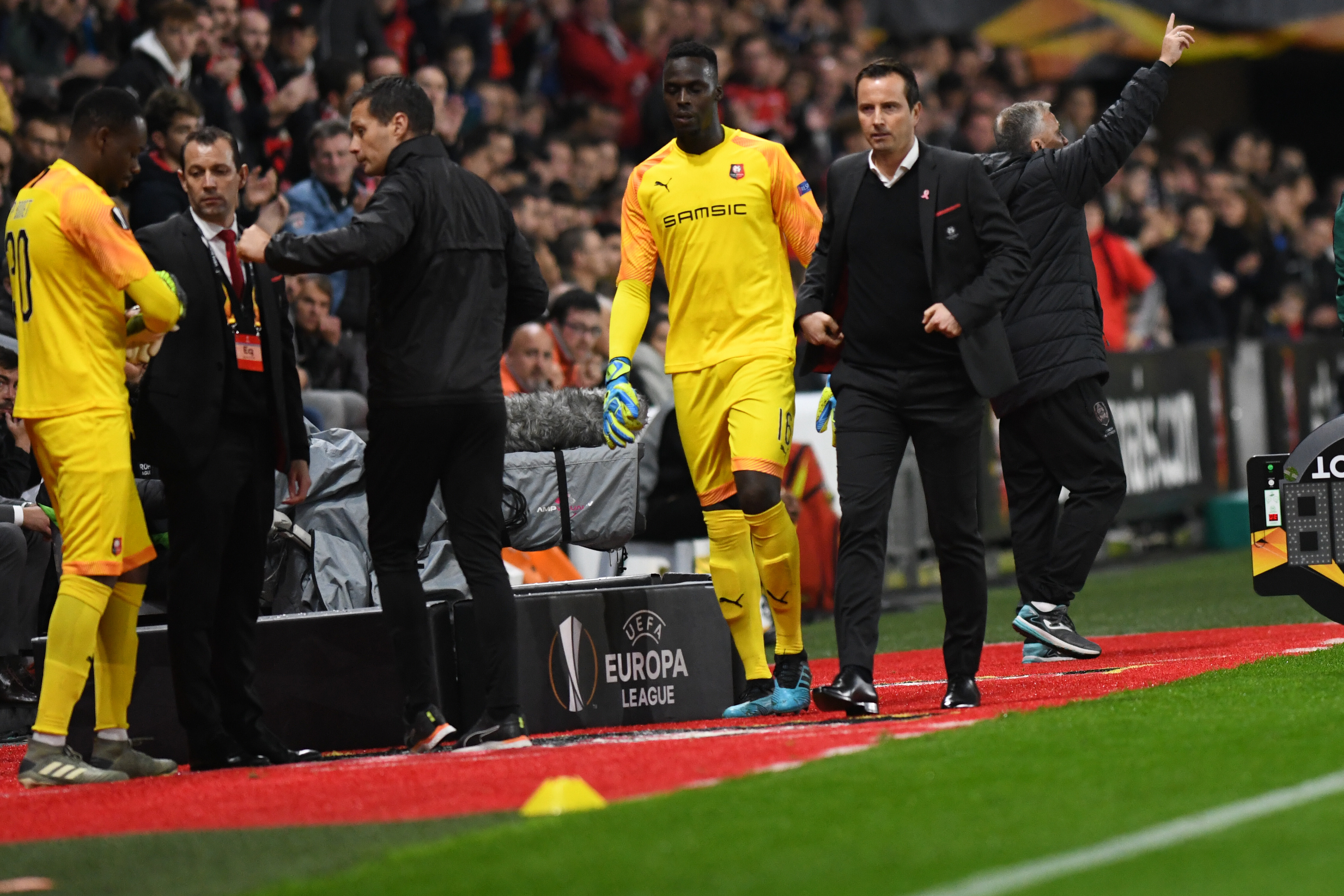 Of course, Lollichon was Cech's personal coach for not only the entirety of his time with Chelsea, but also as he was establishing himself with Rennes. It's obvious, after seeing his influence watered down during the Sarri and Antonio Conte years, that Lollichon's recommendation would carry weight with this Blues front office.

But this is still a big deal for Cech. The first signing he's put his name to. He needs Mendy to prove him right.

"He is a very all-round goalkeeper. He is very good with his feet," says Cech. "He has all the range of distribution, from long to short, and as well in the last two years if you watch European football, the way he dominates crossing situations and high balls in the area is unlike anybody else."

Significantly, Cech also says: "He will be another piece for the puzzle we are trying to complete, to have a really competitive team to challenge for the highest positions and titles, because Chelsea is all about that."

Another "piece" strategically signed for Lampard's team. A solution to a problem position, as they perceived it. Again, Kepa just isn't going to get a look in.

Cech, while detailing Mendy's playing strengths last week, was also eager to get across their new keeper's character. Clubless and knocking about France's semi-pro leagues at 19, Mendy managed to work his way up the pyramid thanks to a network of good friends and confidants. People who supported him, as he supported them.

"Coming to Chelsea there is a lot of pressure, but when you have had different pressures in your life before, like he has when he was unemployed and without a job, you might cope much better with pressure from football," says Cech.

Indeed, such was the impact Mendy had on the Rennes dressing room that coach Julien Stephan spoke of his departure like they'd lost a 20-year icon - not one who had only been with the club 12 months.

“We are losing a very good goalkeeper, a great man, someone who was very important in the locker room," said Stephan. "The farewells were strong, he spoke with the locker room, us in my office, it was a strong moment that we shared together at that time, we needed to say things to each other.

“Despite the disappointment I may have at losing a great goalkeeper, I am very happy for him that he could have this opportunity, because he had a particular career. in his career, he has always relied on very strong values, respect, work, righteousness, and he is rewarded."

How many players could elicit such a response from their manager after just a year together? A family man, Mendy would have his kids play on the pitch at Rennes after every home game. Actions that were welcome by club staff. As Stephan says, even with only a fleeting 12 months together, Mendy will leave a big, positive impression at Rennes.

Which is what Lampard and co are now banking on him bringing to Chelsea. A leader. A positive character. And for Lollichon 'the best goalkeeper in France'.

Dominique Bernatowicz, who signed Mendy as Marseille B coach, shares Lollichon's conviction: Lampard has found his long-term No1: “He'll take Kepa's place without a problem. They don't have the same level. And hunger, thirst, work, seriousness, it plays. His past is very useful to him for that, he knows where he comes from and he knows what he wants."

For Kepa and his minders, that's his Chelsea reality. There's now four days to rescue a place in Spain's Euros squad - and possibly his long-term career.