Memphis to Atletico Madrid; Benzema back for Real Madrid; Transfers galore: 10 things from this week's LaLiga you must know

What has been going on in LaLiga this past week? Here are 10 of the top stories, from Alexander Sörloth's scoring streak to the latest transfers and contract renewals.

With several January transfers being confirmed this past week, as well as a number of long-term contract renewals, these past few days have been important for several Spanish clubs. There were important developments on the pitch too, with Barça managing to stay top of the LaLiga Santander standings. All that and more is outlined in detail in the paragraphs below.

Pedri is becoming a goalscoring threat

FC Barcelona are still top of the LaLiga Santander table and that's thanks to Pedri's goal in their 1-0 home victory over Getafe CF on Sunday afternoon. This latest goal was the Canary Islander's fifth across all competitions in the 2022/23 campaign and comes just one week after he also scored in the Spanish Super Cup final. Xavi had been calling for Pedri to shoot more and to contribute more goals from midfield this season and the youngster is doing exactly that.

Benzema is back in the Pichichi race

Karim Benzema is determined to retain the Pichichi trophy, the award given out each season for the top scorer in LaLiga Santander. Even though the Frenchman has missed many games due to injury this term, he has scored in all his league appearances since the World Cup pause, including Real Madrid's 2-0 victory over Athletic Club this past weekend. That means the striker now has nine league goals and is third in the standings, only behind the 13 goals of Robert Lewandowski and the 10 of Joselu.

Sörloth is the new hero in San Sebastián

Even though they had several absentees due to injury and suspension, third-placed Real Sociedad won yet again this past weekend, defeating Rayo Vallecano 2-0 on the road. Alexander Sörloth kept up his hot streak, scoring for the fifth league match in a row to add to his growing legacy in San Sebastián.

Memphis moves to the Cívitas Metropolitano

Memphis Depay has left FC Barcelona, but the Dutch forward is staying in LaLiga Santander, as he has signed with Atlético de Madrid. At the Estadio Cívitas Metropolitano, the 28-year-old will hope to add to his tally of 13 LaLiga Santander goals from 30 appearances with the Catalan club. He already made his Atleti debut on Saturday, in their 3-0 win over Real Valladolid. 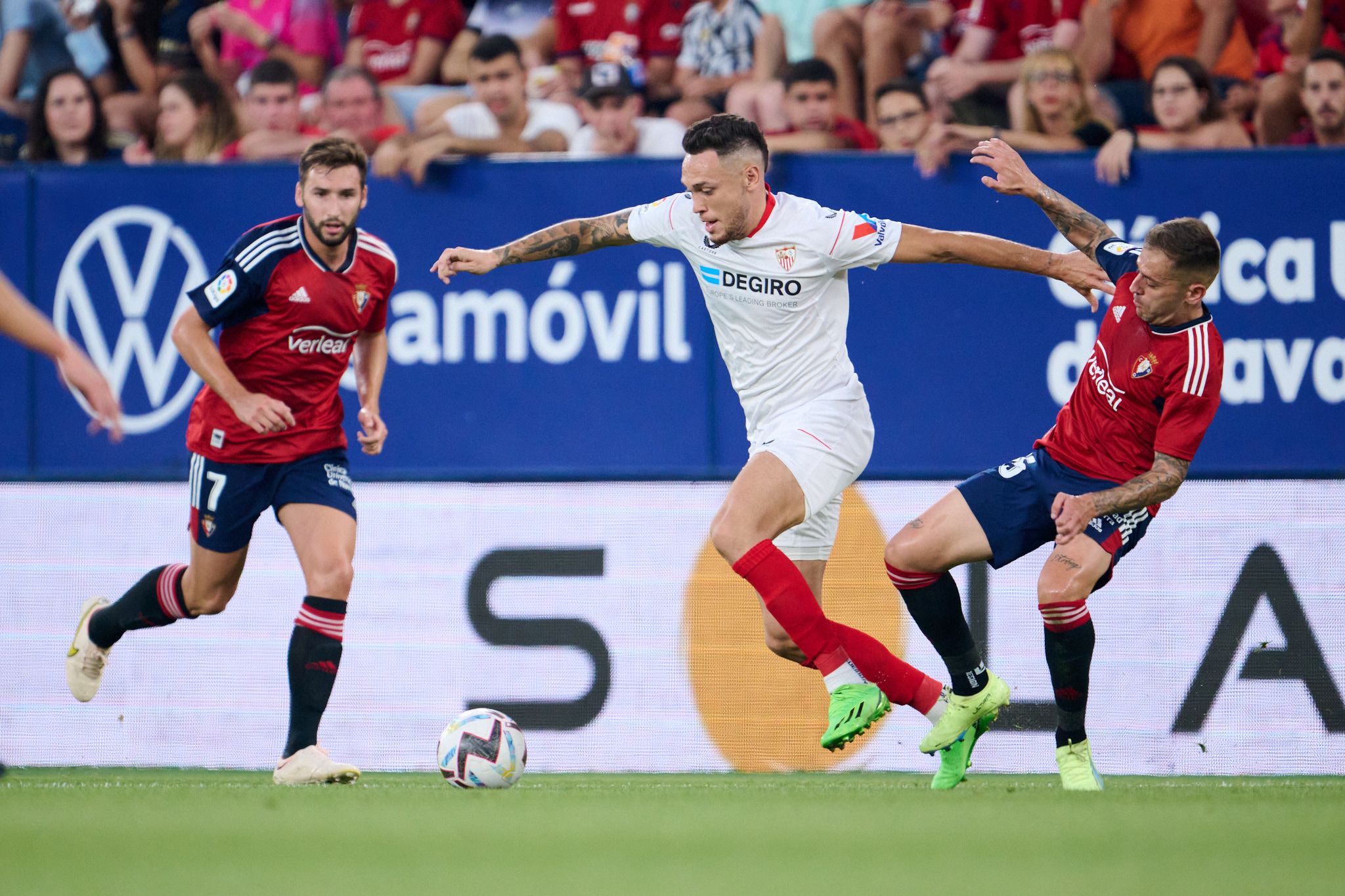 Sevilla FC also completed an important signing this past week, bringing back former player Lucas Ocampos from Ajax. The forward racked up 136 appearances for the Andalusian club between 2019 and 2022 and made his re-debut in Saturday night's LaLiga Santander clash with Cádiz CF. The Argentine was key to earning Sevilla FC a victory, as his presence forced Iván Alejo to handle the ball in the final moments, bringing about the penalty that Ivan Rakitić converted for a 1-0 win.

Darwin Machís is back in LaLiga Santander

Real Valladolid have bolstered their squad this January by bringing in Venezuelan winger Darwin Machís from FC Juárez. Machís knows LaLiga Santander well from his previous stints with Granada CF and CD Leganés, so will bring experience and attacking flair to the Estadio José Zorrilla.

Villarreal CF academy graduate Álex Baena signed a new contract this past week, committing to El Submarino Amarillo until 2028. The 21-year-old arrived at Villarreal CF's academy a decade ago, when he was just 11 years of age, and wants to keep wearing yellow for the foreseeable future.

Valencia CF centre-back Mouctar Diakhaby has made a significant jump in his performances this 2022/23 campaign and has become one of the leaders at the club. With that in mind, the directors at Mestalla were keen to renew Diakhaby's deal and an agreement was reached this past week, with the 26-year-old committing until 2027.

It really was a busy week in LaLiga Santander in terms of contract renewals, with Asier Villalibre also putting pen to paper on a new deal. In the striker's case, it was a slightly shorter-term extension, but the fan favourite has renewed with Athletic Club until 2025.

Only LaLiga Santander teams remain in the Copa del Rey

The 2022/23 Copa del Rey has now reached the quarter-finals stage and the eight teams with a chance of lifting the trophy are all LaLiga Santander clubs, as there are no lower league sides remaining. The quarter-final ties are: FC Barcelona vs Real Sociedad, CA Osasuna vs Sevilla FC, Valencia CF vs Athletic Club and Real Madrid vs Atlético de Madrid.