COMMENT: Rumour has it the first plan of action from Chelsea's new owners will be to build a third dressing room at Stamford Bridge - simply to get all involved in the same place once a month...

A joke, of course. But it's no exaggeration that all three consortia left in this battle actually each boast more members than Thomas Tuchel's first team squad. And of course, when we say members, that's not individuals. It's the gamut of elite finance. Hedge funds. Big capital. Big property. Big health. Oh, and of course, the obligatory publicity-seeking celebs...

That somehow the involvement of Lewis Hamilton and Serena Williams in Sir Martin Broughton's consortium will sway the decision in their favour seems rich. Beyond their profile, which is tiny compared to the global appeal of Chelsea FC, we'd welcome someone explaining what they actually bring to the table.

Even the 10m quid apiece they're apparently committing is Mickey Mouse when Broughton's group is required to show an ability to pay £3.5bn if they're to acquire the club. It's like a group of friends needing to raise £2,500 for a weekend away, with two of them only pitching in 10 quid a piece - and refusing to chip in for the extra £1,000 needed to get back home. Can we stop with the jangly keys and start getting serious about this...?

As we've stated in this takeover series, Chelsea fans are in for a big change. The club is about to be handed over to a conglomerate. A conglomerate of faceless financial institutions, shareholder entities and politically-driven woke billionaires. Indeed, if any Blues fan had grown frustrated with the recent politicking seeping into the game, just wait until Hansjorg Wyss gets his hands on the place.

From the Mears family, to Ken Bates, right through to Roman Abramovich. There was something tangible about the club's ownership. Yeah, throughout each era there were ups and downs. The odd scandal. But that's life. No man is perfect. But the common thread through all three periods was these individuals loved this club. The Mears founded it. Bates revived it. And Abramovich made sure it reached it's potential. 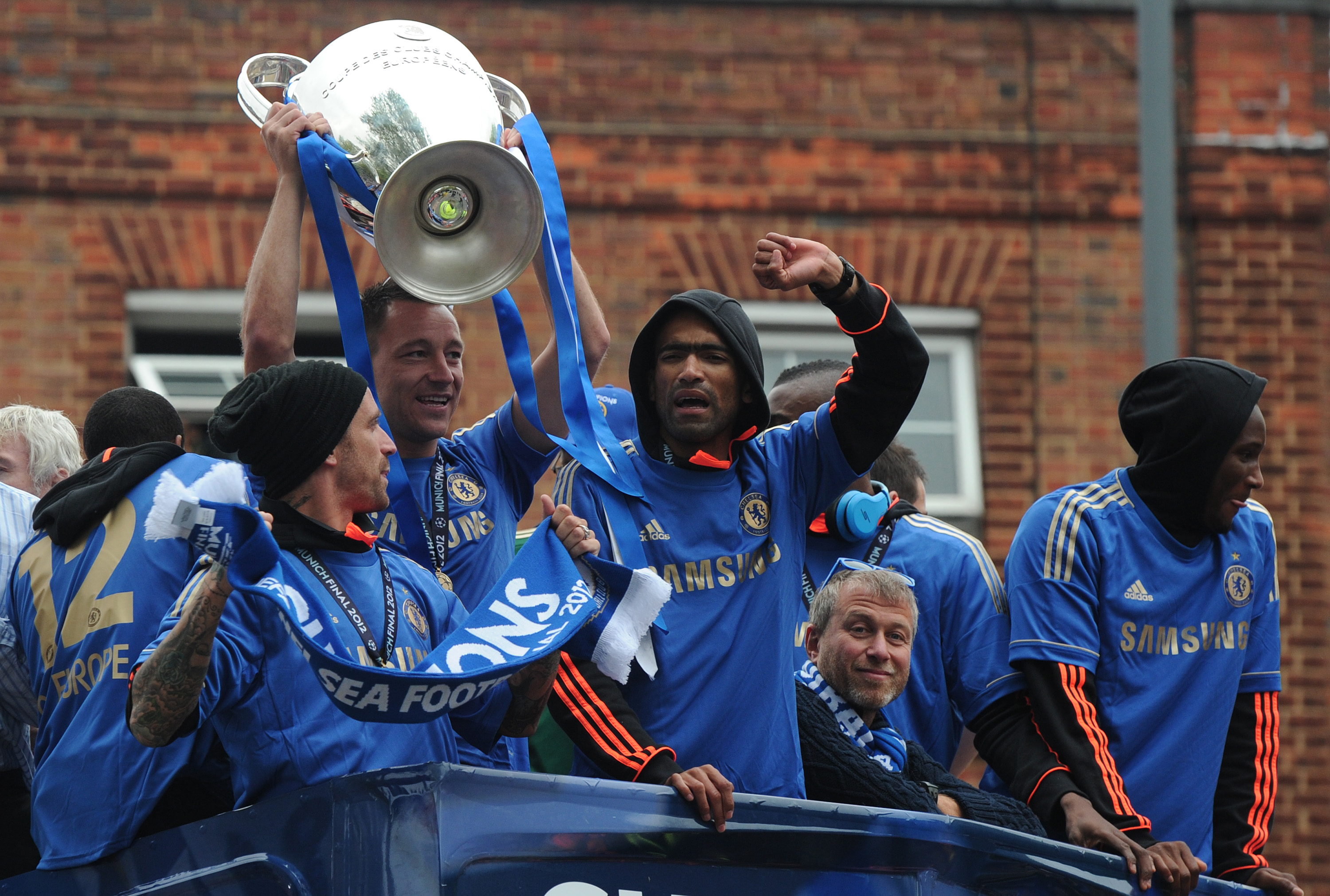 And they did it out of passion for the club. Not to make a buck - the rewards would be a by-product. But for the sake of competition. For the love of Chelsea FC.

Romantic? Over the top? Maybe. But that's football. That's football history. It's about individuals. Their peaks. Their troughs. It's something fans can get their arms around. Understand. Relate. Bicker. Moan. Whatever it maybe, but there is a connection.

As we say, the Mears family founded the club. That's their legacy. Bates, amongst several achievements, brought together the Chelsea Pitch Owners association, which still hold sway today. And for Abramovich, beyond the prime health of the club, he's also made sure to secure it's future. The Russian making two fresh demands in recent weeks: that the winning group do not sell for ten years and that they commit another £1bn to sustain the club's on-field competitiveness. No group of bankers or investors are going act like this. Again, this is driven by passion, pride and for the guardianship of Chelsea FC.

For Chelsea fans, that'll be gone next month. The club will move into the hands of a faceless, financial conglomerate. A conglomerate that suddenly, because the price is right, is full of Chelsea-supporting shareholders. There may even be the odd football fan amongst them.

It's a bleak, cold picture being painted, we know. But there is hope. The culture. The connections. The personality. It can all remain. It could even be improved. And it can be driven by John Terry's True Blues consortium.

Terry has thrown the group's support behind Stephen Pagliuca's consortium, though has left the door open to working with whichever of the three bidders are successful. And that's important, because beyond all these financial syndicates, True Blues buying a stake in Chelsea is their one serious hope of not losing it's culture and heritage.

With ex-players, staff and fans all involved, along with the support of the Chelsea Pitch Owners, True Blues holding a ten per cent stake in the club and being able to make significant decisions will go a long way to counter-balancing the typical corporate approach.

Canteen ladies before kiosks. Scouts before software. It all counts. It all matters. Not to a billionaire looking at spread sheet on the other side of the world. But certainly to the fan being welcomed by a familiar face at the ground. Chelsea, like all football clubs, were built by individuals. Local individuals. That's something Terry and those who have committed to raising £250m with True Blues understand.

Which is why they need to be involved and hold that 10 per cent stake in the club's new ownership. Yeah, it'll make those board meetings even more crowded, but at least the fans of Chelsea will be able to put a local face to their new corporate owners.