Mason for Mourinho: Why no scrutiny for this baffling Tottenham decision?

COMMENT: There's been barely a ripple. No scrutiny. No debate. Simply one man out, another one in. The dismissal of Jose Mourinho at Tottenham is baffling - and is only matched by the appointment of Ryan Mason as his successor...

Okay, okay, there has been the Super League mess. And that has certainly sucked a lot of the oxygen out of press rooms. But surely this change of manager at Spurs deserved a bit more than a nod and a wink.

And we say wink because where's the scrutiny of his replacement? Mason, at 29, has more experience as a pundit than on the training pitch. Yet, now he not only has one of the biggest jobs in the game, he gets to lead the team at Wembley and take that medal - whether it be a winners or losers - away from his predecessor.

Why Monday? Why now? Why after a decent score draw at Everton would Daniel Levy, the Spurs chairman, choose to sack Mourinho? Why do so in the week of a Cup final? Why deny the manager a shot at landing their first piece of silverware in 13 years? And why take that opportunity from him and give it to a novice?

All decent questions, but there's more. Why Mason? After all, he's not been working alongside Mourinho this season. Learning the patterns of his system. The relationships between players. He hasn't been doing that. But Ledley King has...

And Mason hasn't had ten years of management, leading clubs like Charlton Athletic, Huddersfield Town and even gaining experience in the Eredivisie. No Mason hasn't, but Chris Powell has...

And Mason doesn't have 16 years of coaching behind him. Working at the likes of Leeds United, Swansea City and Reading. But Nigel Gibbs does...

Yet, all three senior men, with decades of coaching know-how and experience behind them, they're having to take orders from a 29 year-old with all of 18 months of youth training behind him. Yeah, that makes sense... 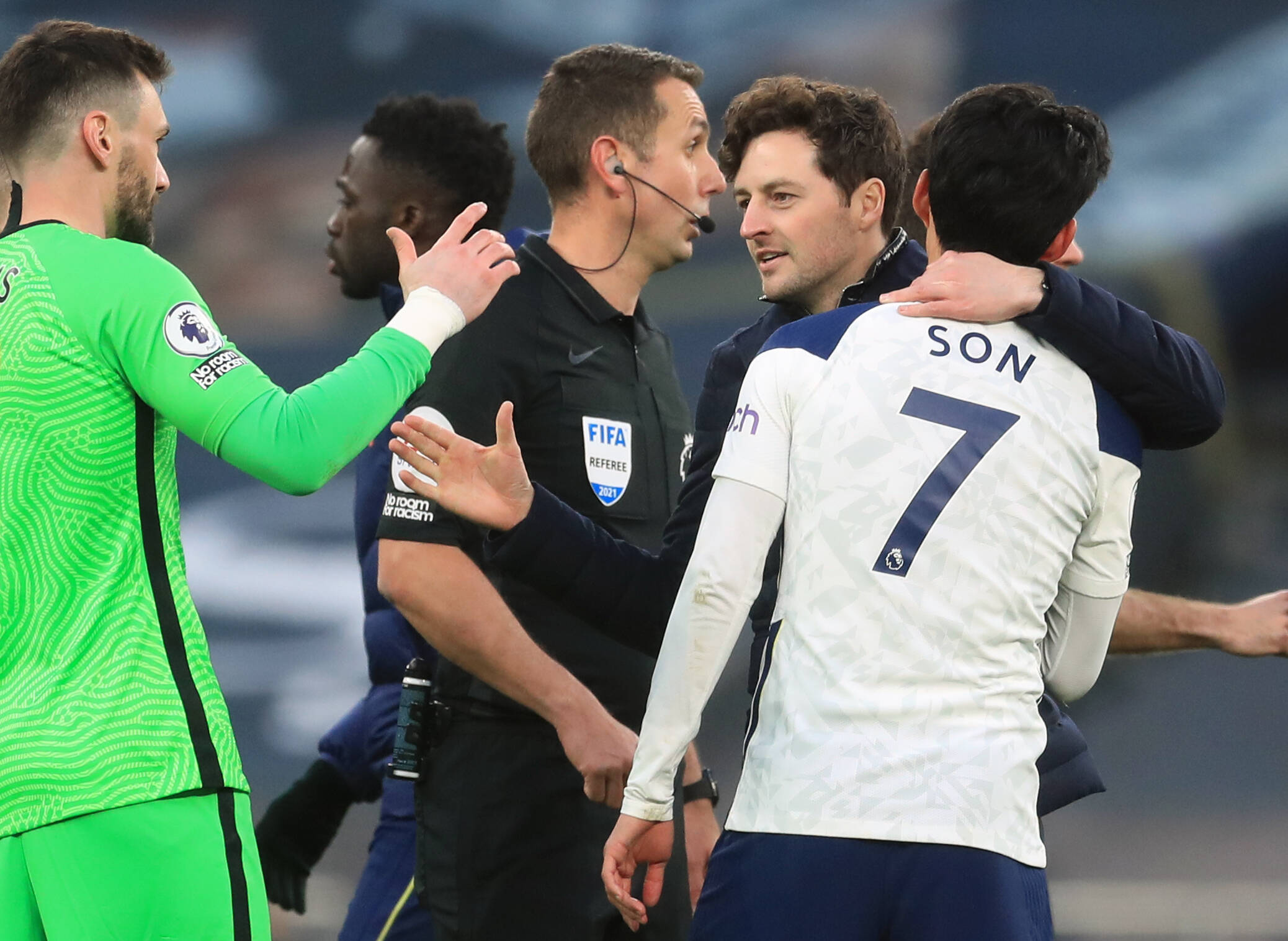 Mason celebrates after a debut win against Southampton

As much sense as the decision to remove Mourinho. The players wanted him out, apparently. And so Levy caved. But what about the ones that actually matter? Harry Kane wanted Mourinho to stay. Heung-min Son the same. As did Lucas Moura. Even Tanguy Ndombele, if he looks deep within himself, will acknowledge he's a better player for the tough approach of his former manager.

Gareth Bale? Well, it was insinuated his post-match comments after victory over Southampton on Wednesday was a shot at Mourinho. Only the on-loan Real Madrid attacker can tell us the truth. But after over two years of kicking his heels in Madrid, it was with Mourinho and his chosen staff that Bale found his fitness and form again. From outside, they fired barbs at Mourinho, again and again, for mis-managing the Welshman's playing return. But today's results - and Mourinho's approach - speak for themselves.

Yet, it will be Mason who benefits from now to the end of the season. Mourinho won't receive any thanks (and to be fair he won't seek it). He won't receive anything from Mason. The absence of any word for his predecessor since taking charge simply glaring. But again, don't ask any questions.

What about the Super League? Well, for Mason, apparently he missed it all. The biggest story in the world and he doesn't have an opinion. His opposite number for the Carabao Cup final, Pep Guardiola, certainly did. And that was a good 48 hours before Mason was quizzed. But again, don't push it.

A nod and a wink. That's enough. Even Levy joined in. Confirming Mason's appointment, the chairman didn't even mention the caretaker manager in the media release, instead simply discussing the Cup final and the six Premier League games to run.

It just doesn't make sense. Spurs still have two shots at Europe. Yet it now hangs on a manager apparently with the personality and credibility to lead a locker room with the likes of Hugo Lloris, Toby Alderweireld and Moussa Sissoko all his senior.

This isn't the stuff of a serious football club. It certainly isn't the stuff of one of the chosen 12 for the Super League. Biggest and the best? After a week like this? Even Florentino Perez, the Real Madrid president and Super League chairman, needed reminding of Spurs' involvement in an interview this week. He would later claim that Tottenham had been chosen "for their social media popularity". Again, who's fooling who here?

As mentioned in past columns, we were bullish on Tottenham. They did appear to be the next breakout club. New stadium. England's captain. Asia's most popular player. And the walking headline that is Jose Mourinho. It was all set up for Spurs to make that leap into the elite of global popularity.

But this week's events now suggest we were wrong. Maybe Mourinho wasn't the man to take Spurs forward. We can debate that. But the timing of his dismissal. With all that's at stake. And the inexperience of his replacement. It suggests Spurs simply aren't ready for the jump.

Indeed, beyond the four walls of Spurs Lodge. The lack of scrutiny over these calls. The lack of explanation from the club's top brass. It all suggests Tottenham, as they stand today, aren't even viewed as an elite player.

Mourinho's dismissal is baffling. As is Mason's appointment. But don't expect any debate. Not even a ripple. Clearly Tottenham aren't ready for it.