Man Utd face having to slash Pogba price to £50M

Liverpool fullback Robertson: Atletico Madrid celebrated like it was the second leg

Man Utd hero Neville: Bruno Fernandes can be the difference

After two years with Middlesbrough, Martin Braithwaite made the permanant move to Leganes this season - a deal mooted to be the most expensive in the club's history. Just days before the dismissal of coach Mauricio Pellegrino, we caught up with the Dane about his first months in LaLiga.

Question: What does playing in LaLiga mean to you?

Answer: It's a lot of things. It's a dream come true. I always used to watch LaLiga when I was a kid and to be here today is special.

Q: Which players have impressed you most?

A: In my team? Pichu, I would say, our goalkeeper. I didn't know him before I came but he had a big part in our success when I came last year.

Q: And in LaLiga?

Q: You came when the team looked destined for relegation having scored only 16 goals in 18 matches but you turned it around finishing 13th. What did you give to the team so that the change was so obvious?

A: I think I just gave belief to the team. Before I came to the team I studied how they played and I looked if it was a team in which it was difficult to score goals. But I saw there were a lot of opportunities and possibilities in the way they played. And whenever I play I think about scoring goals for myself and for my teammates. I want to score goals and I want my teammates to score a lot of goals, so that's what I aimed to accomplish when I came. 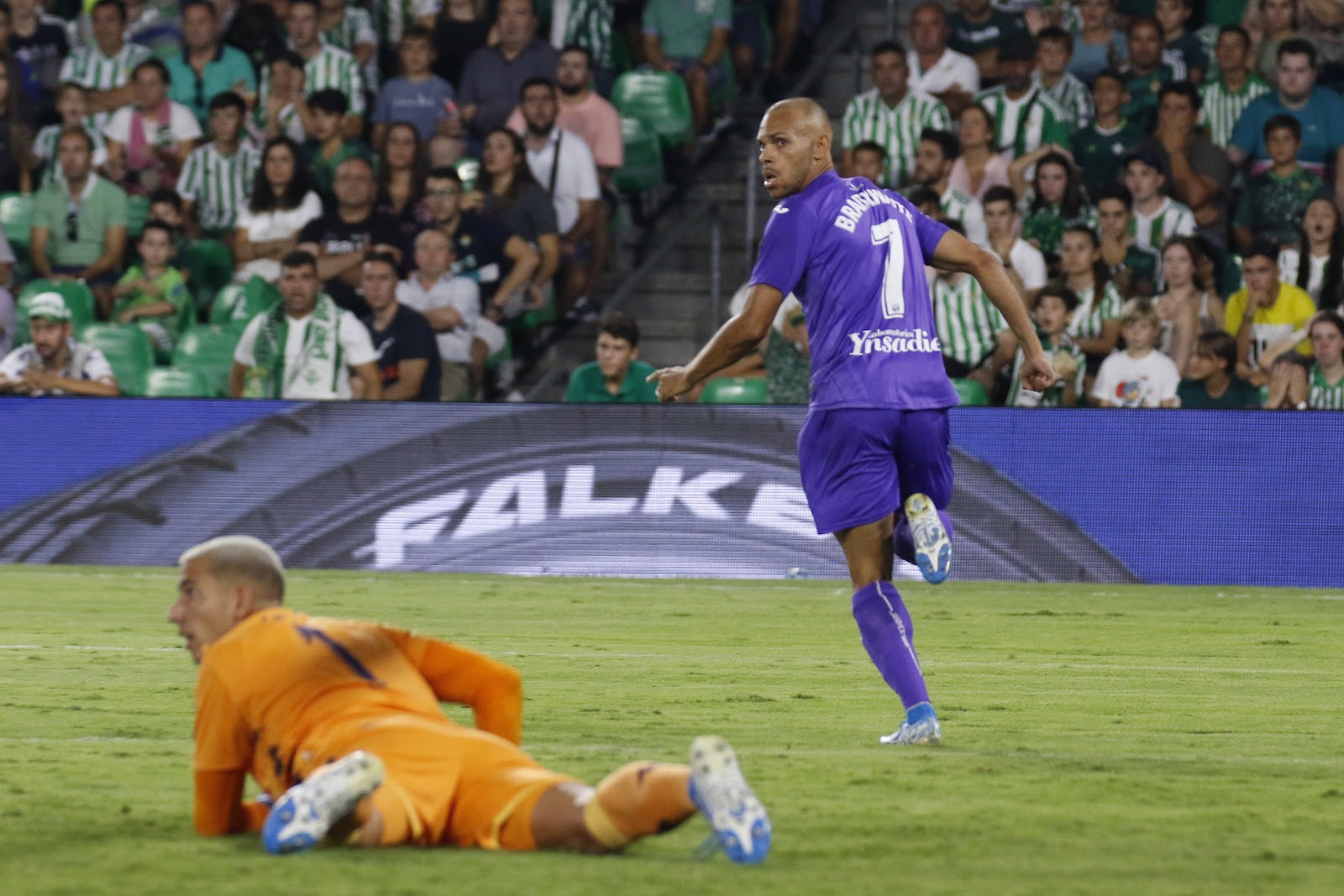 Q: What do you remember from your debut in LaLiga?

Q: Some days after you were put into the starting XI at Camp Nou, a game in which you scored. Tell us more about that goal. It must have been special.

A: Yes, of course is always special to score against the best teams. But for me I have got a lot of ambitions and I put a lot of goals for myself. I see myself as one of those players who have to make a difference, I don't see the players there and why should I settle and say they are a lot better than me. No. I want to challenge myself and of course is always best to challenge yourself against the best teams.

Q: What did it mean for you being in the starting XI in such an important match, against Barcelona.

Q: You've scored 5 goals in LaLiga against teams like Barcelona, Valencia, Sevilla, Real Betis… do you like playing against these great teams?

A: Of course, like I said earlier, it is a challenge when you play against good teams and I want to show that I'm as good as them so of course it's always good motivation to have these teams in front of you. 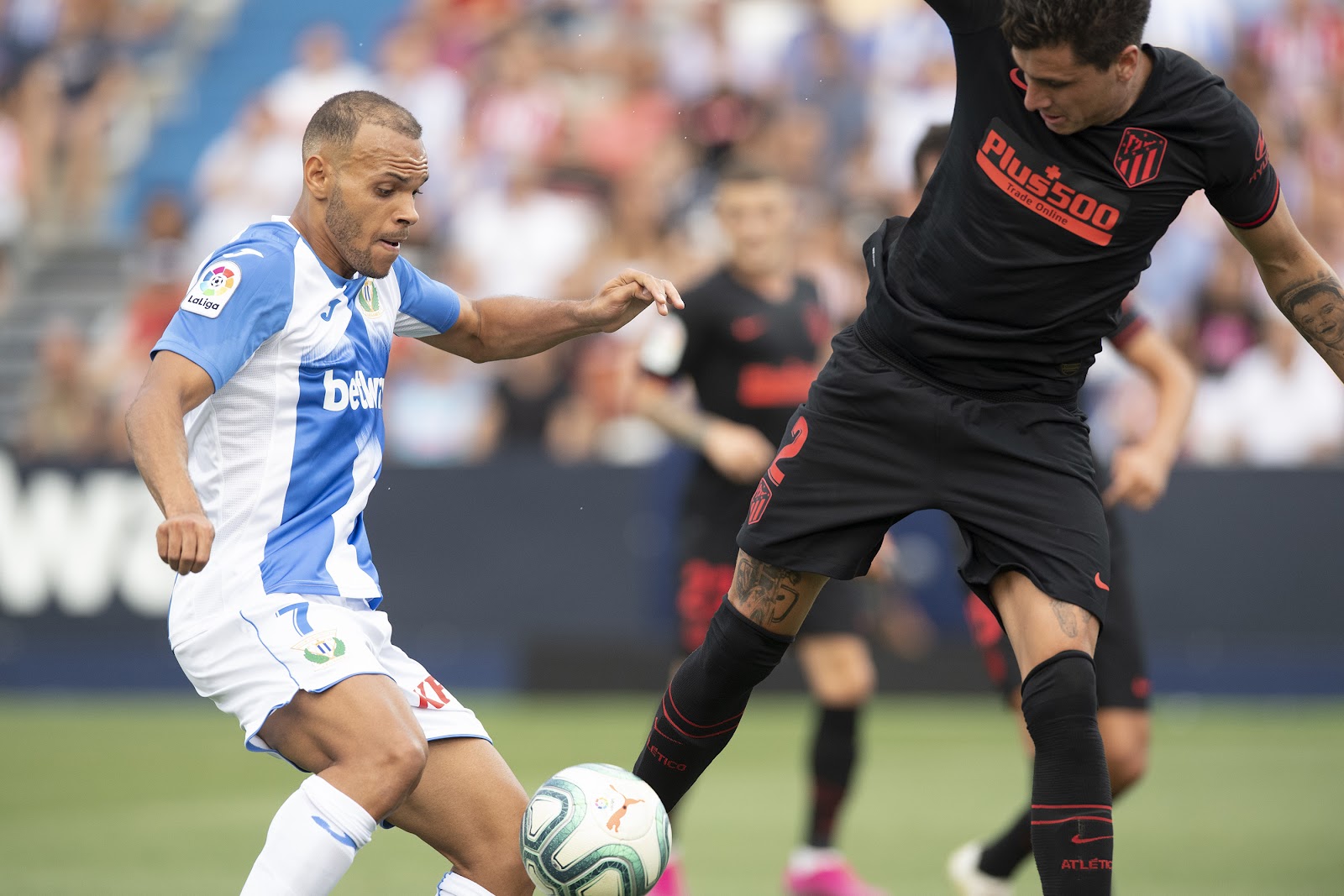 Q: From all of those goals, which meant most to you?

Q: You are one of the most expensive signings in the club's history… how important is that to you?

A: I'm happy because it shows that the club believed in me and it also gives me a lot of responsibility to make good performances so now they have showed they have confidence in me and now it's up to me to go and show them that I'm thankful, I'm grateful to them for bringing me here.

Q: Mauricio Pellegrino said that Leganes isn't the top choice in the market for many players. Why did you decide to come back this summer?

A: Because… For many reasons actually. The way people treated me when I came, I liked the atmosphere of the club. Is a nice family club and they make you feel good together. I had a coach who really wanted me to come. And also I felt like there was a lot of potential in the team. It will be better than last year. So there were so many reasons to come back.

Q: Many players from last season, Oscar, Omeruo, Carrillo, you… are back in the team. How important is that?

A: I think for us that we have more connection now. Last year, even before I came they had a lot of new players and a new coach and they had to learn how the coach wanted to play and this season we all know how the coach wants to play. We have a better understanding of each other, and the tactics so I feel that's a better team from the start of the season.

Q: You also have a lot of competition for places. How's the dynamic with three strikers?

A: Yeah it's good, is nice. It's always good to have competition around the team because it forces you to perform good and there are really good players in the attack so you have to perform good every training and every game.

Q: In spite of the fact that your profiles may be similar, what are the differences between you all?

Q: Is it true that you have a special connection with En-Nesyri?

Q: Can Leganés be your home for a long time?

A: I hope so. I feel good right now but football has also taught me that you can never expect too much from the future, you have to live the moment, so right now I'm just enjoying the moment.

Q: After a great campaign last season, what can fans expect from Leganés this season?

A: They have to expect a team who does better and we have the ambition to do better, that's what we want to do. When I came to the club, I said that I want to finish the best in the club's history, we did that, and it's the same for me this season. I want to be even better than last year.

Q: What's your goal as a team this season?

Q: But the position in the table is important for you?

A: Of course it is. That's how you can see if you improve as a team. So of course I'm pushing myself to be better than we were last season so that's the main ambition.

Q: The team hasn't started this season in the way that you were hoping for. What can you improve on as a team?

A: I think that the first couple of games have been good games. First two games were good. Against Betis we didn't deserve to win, we deserved to lose. But otherwise I've learnt a lot in football and we have done a lot of good things so it's all about having belief in yourself, keep working hard because if we follow the way we've been playing we are going to win a lot of games. You don't have to start to panic or anything because the games have been good so I'm sure we're going to turn things around because all the players are working well. We have a good coach and I don't see why we cannot turn this around.

Q: You say that Butarque and Leganés are like family. Tell us about the atmosphere at Butarque with those great fans.

A: Well it's the same feeling. You feel like the people who come to the stadium feel something for the club and it's a special feeling. It's a family feeling you feel, like people are behind you. Even if you win or you lose, people are there to support you. It's like, you lose a game and you have your mama or your dad to say ok, next game, come on. There's a really good feeling here, and I think that a lot of people and a lot of teams they feel that when they come to our stadium it's special. It's a difficult place to come. 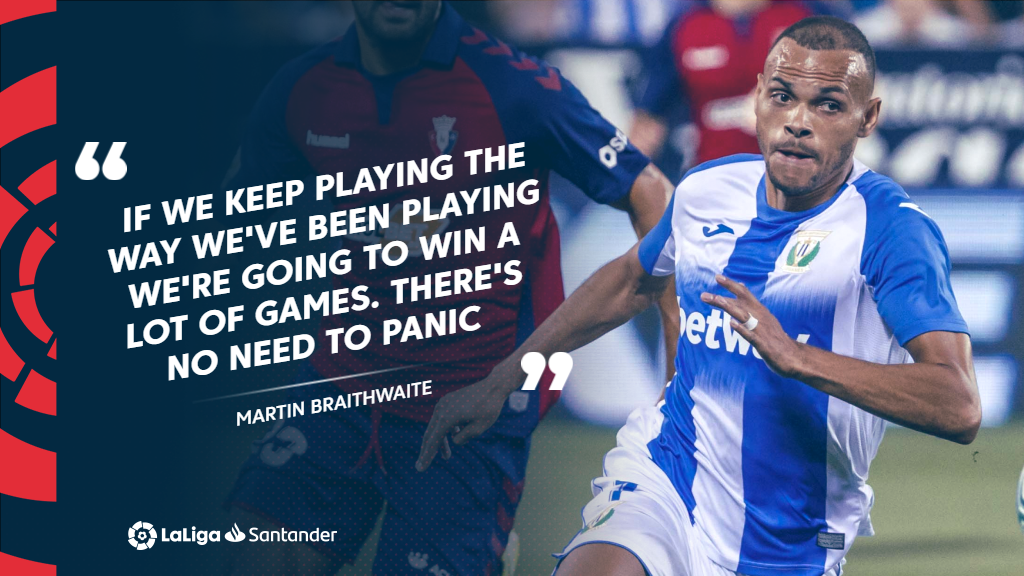 Q: What about Mauricio Pellegrino. How important is he to the team? What does he give?

Q: Could you understand this team without the coach?

A: Without the coach it would be kind of difficult because we're all used to the way he plays so of course I could not imagine that.

Q: Tell us one dream that you want to achieve here.

A: Improve on our final standing from last season.