Martial? Now Lingard? Why is Rangnick pushing this wedge between players and Man Utd fans?

COMMENT: Anthony Martial. Jesse Lingard. Who's fooling who here? Once was bad enough. But now twice? Twice we've had Ralf Rangnick accuse a Manchester United player of downing tools. And twice that player has denied the manager's claims...

As we say, once was bad enough. Rangnick's accusations aimed at Martial were a mess. And they were never cleared up. It was either the player or the manager. But one of them lied. Not just to the public, but most critically to the fans.

For this column, the matter was never properly addressed. Martial rejected Rangnick's claims of refusing selection for the draw at Aston Villa. The Frenchman hitting back on social media within hours of the manager's allegations.

In the end... well, there wasn't one. Martial was shipped off to Sevilla, where he made his debut on Saturday, with the controversy never settled. There was no apology from Rangnick. Nor from Martial. The fans were left hanging. There would be no explanation from the club. It was left to the support to judge who was telling porkies on their own.

And with such a slipshod approach to such a serious accusation, it was inevitable that something similar was going to rear it's head again.

This time it was Lingard. Fresh from a fortnight's break. Rangnick claimed the forgotten midfielder, after being blocked from leaving on deadline day Monday, had asked for "a few days off" and to not be considered for Friday night's humiliation against Middlesbrough.

And you could understand the backlash. As mentioned, Lingard had just come off a two-week break, where he was snapped partying and celeb mixing on the other side of the world. Thoughts of getting a move out of Old Trafford. Of kickstarting his flagging career. They appeared the furthest thing from his mind as he was seen with Wiley in Dubai. Yet upon his return. With a Cup tie to tackle. Fans were told Lingard's mind wasn't in the right place. That he needed more time off to get himself together...

Like Martial, the response from Lingard was swift. Again, within hours of his manager's public utterances, he was publishing a reply on social media: "The club advised me to have time off due to personal reasons! But my headspace is clear and I'll always be professional when called upon and give 100 per cent."

This column has been no great fan of Lingard in recent seasons. Not so much for his football, but his decisions and influence away from the pitch. He even managed to drag Marcus Rashford into the Dubai fiasco with Wiley. And that social media post of him in a West Ham shirt on the eve of Ole Gunnar Solskjaer's last game in charge still rankles. But for all that, Lingard didn't deserve to be set up as he was this past week. 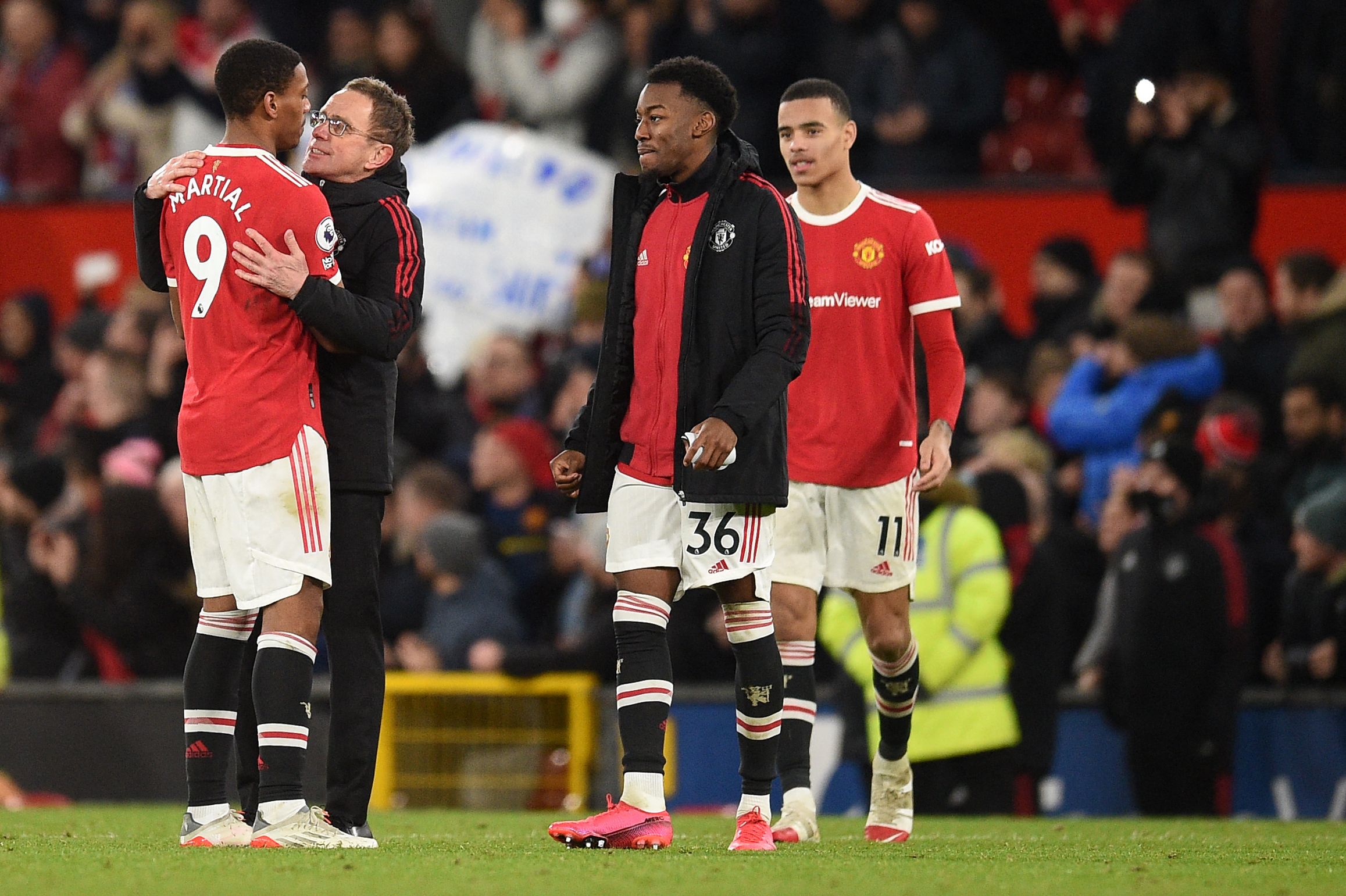 Like with Martial, Rangnick must know the weight of such accusations. The media backlash. The response from ex-players. That's bad enough. But the German has to know what such claims can mean to a relationship between a player and the supporters.

In the aftermath of Friday's FA Cup elimination, Rangnick did seek to clarify his pre-match comments. This time passing the buck, insisting he'd simply relayed "what I had been told". Which raises more questions than it answers: Who actually is in charge of team selection? And who decides which player is available and when?

It also must be pointed out that Rangnick's initial claim included him actually speaking with Lingard: "Jesse asked me and the club if we could give him a couple of days off just to clear his mind."

So what is it? Was Rangnick involved in this decision or not? Again, just like the Martial situation, it's a mess... a mess that has still not been properly addressed.

Indeed, Rangnick's claims on Friday night left things as murky as he did regarding Martial: "We were one outfield player less on the teamsheet today, so why would I have allowed him to have four or five days off?"

So the manager wanted to select the player. But the decision was taken out of his hands? Or was it that the player turned down selection?

The loss against Boro was always coming. Under this caretaker manager, United are yet to put together a good, solid 90 minutes. And in terms of results, victories have come against teams United would be expected to defeat.

How talk has emerged of Rangnick being seriously considered for the job at the end of season baffles this column. How it's managed to be given a serious run by the red tops more so. We've just learned this week the German has hired the influential Raphael Honigstein as his PR man. But given the press he's enjoying, despite his results and public accusations, he seems to have been doing a fine job on his own.

The Lingard drama will epitomise that. This will be left open-ended. Some will claim Lingard initiated things. Others will say the club. And Rangnick, despite what was said in the pre-match presser, will be left on the margins watching the fallout.

But who's fooling who here? Once was bad enough. But now twice? The players don't deserve this. And certainly nor do the fans. This isn't the stuff of a Manchester United manager.