A dodgy contract. A change of agents. And some quick-thinking from Edu. Suddenly Arsenal have landed themselves Sao Paolo's 'pre-destined' teen Marquinhos...

There was speculation, but it wasn't on overload. Arsenal were involved. Feyenoord too. While Wolves had insisted their deal with Marquinhos' minders was watertight. But in the end, Edu and Arsenal came out of the chaos with Marquinhos' signature and Sao Paulo's approval.

Wolves were unhappy. Indeed, they still are. Those at Molineux a victim of the murky, opaque world of the South American transfer market and their contracts. FIFA had already ruled Marquinhos' five-year deal signed in 2019 would only run for three years. This was courtesy of the locally dubbed, 'Pele law', preventing 16 year-old Brazilians from signing anything beyond three years. Marquinhos, barely a year into the agreement, was aware of the situation. And plans to leave Sao Paulo were already being hatched 12 months ago.

Attempts to renegotiate his deal before Christmas were rejected before news arrived of a verbal agreement between Marquinhos' camp and an unnamed European club. Sao Paulo were shocked, though tension would be eased after a change of agents saw communication lines with the club reopen.

Julio Cesares, the Sao Paulo president, conceded as much upon confirmation that Marquinhos would be sold to Arsenal: "The Marquinhos issue is a well-known issue, which he couldn't manage anymore, he didn't want to stay, he was tried everything.

"Even before the game against Racing, when he blew up, he didn't want to stay. It was a contractual matter."

More on that game against Racing later. But it's left Wolves empty-handed. With his 'FIFA-approved' deal due to expire in July - and Wolves happy to wait - Edu chose to act and cough up €3.5m to convince Sao Paulo to sell in May.

For Cesares. For his board. They snapped Edu's hand off. In a normal world, Sao Paulo would expect to sell Marquinhos for five, six, seven times what Edu had tabled. But with the player's contract running down and a changing transfer market, Cesares was happy to accept Arsenal's proposal.

"We still depend on the sale of athletes," he said.

"We came from a pandemic, where the window (January) was very conservative. The market felt it. Though it looks like it is now on the mend. The Russian market, which was a good market, Ukraine, etc., no longer exist. China also no longer exists. So it all starts to reduce..." 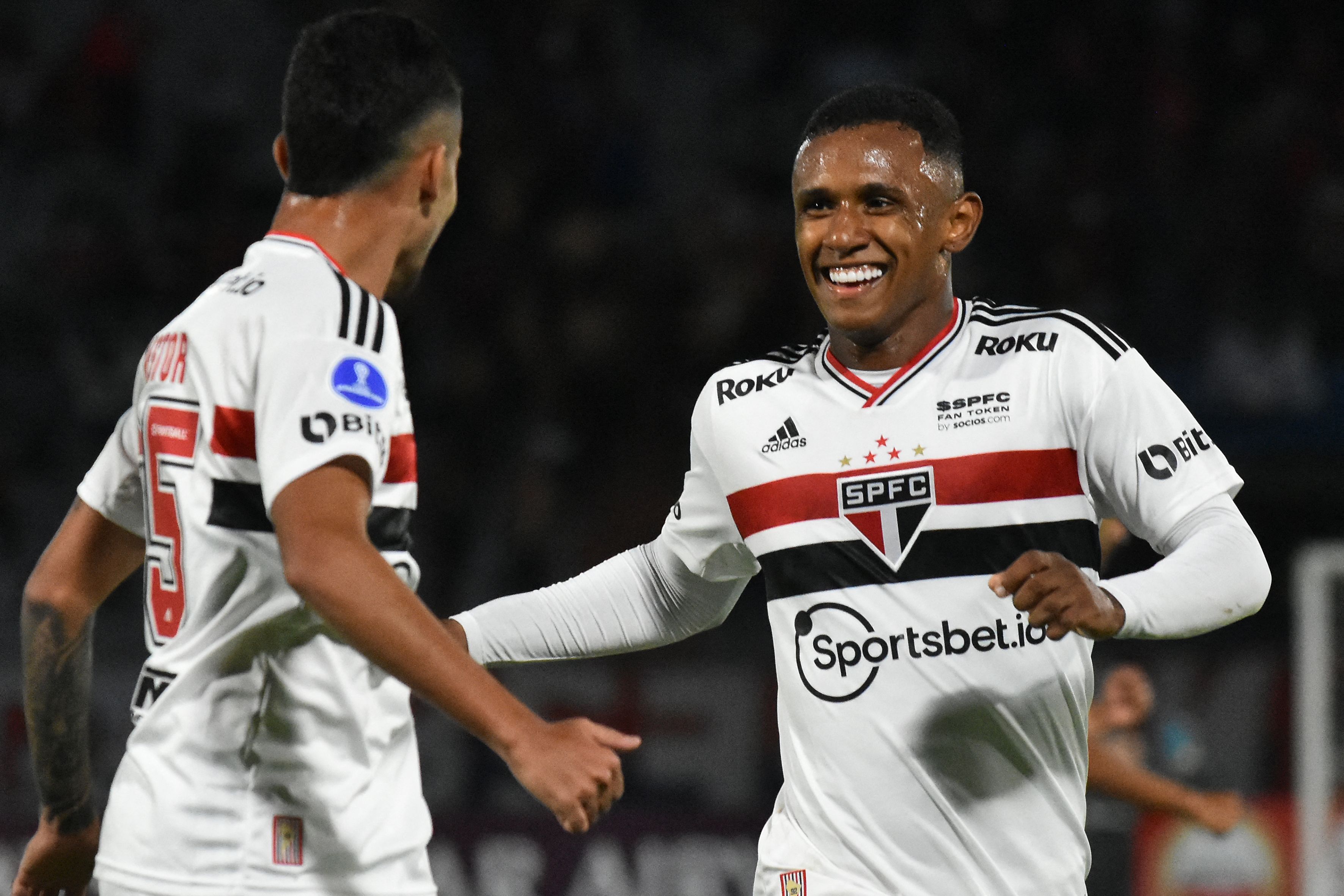 It's since emerged Edu's motivation to slap in Arsenal's offer was two-fold. Muscling in ahead of Wolves to land Marquinhos was the priority. But handing Sao Paulo a cash injection also went some way toward his plans of strengthening ties with the Brazilian giants. Having seen Ajax benefit from a relationship which has led to Sao Paulo old boys David Neres and Antony make their way to Amsterdam, Edu is eager for Arsenal to experience the same.

Cesares' fellow board member Carlos Belmonte explained: "We have a spectacular relationship with Edu Gaspar, who told us that he knew that Marquinhos could leave for free, but that he was still going to look for funds to pay for São Paulo, because he wants to have a relationship with São Paulo.

“He wants to be closer to eventually be able to bring younger players from Sao Paulo to Arsenal."

A comparison with Douglas Costa by expat and long time South American expert Tim Vickery was no throwaway line. Indeed, Marquinhos - who's kid brother Guilherme Alencar plays for Juventus in Sao Paulo - was given his first senior shot at Sao Paulo after talks with the ex-Juventus and Bayern Munich attacker had broken down over financials. Then coach Hernan Crespo, formerly of Inter Milan and Chelsea, pulled Marquinhos out of the youth team to give him his chance.

That was against Bahia in July last year. A week later, Crespo was starting Marquinhos in the Copa Libertadores against Racing and was rewarded with a five-star performance from the teen in a famous 3-1 win.

"If we're going to talk about Marquinhos. He made his debut a week ago and comes back like this, a protagonist, it's a great satisfaction for the whole club," Crespo said after Marquinhos had scored and provided an assist on the night. "He's a product made in Cotia. And when you see a team of these characteristics, with so many people from Cotia, it's a great satisfaction.

"I've already talked about the financial inconveniences that the club has. Today, we find a great striker like Marquinhos, who can help São Paulo in the present and in the future."

That was a year ago. Since then, Crespo has left to be replaced by Rodrigo Ceni. And on Marquinhos, today's Sao Paulo coach shares the same opinion as his Argentine predecessor.

"Marquinhos is a great boy, good to work with every day," assessed Ceni this year. "Mainly he needs to improve his final decision making. He's a player who has strength, pace, that's what he really has. He suffers a little in one against one.

"There is a very large margin for evolution, he is young, he will need to mature, to try to evolve every day."

In Brazil. In Sao Paulo. They describe Marquinhos as 'pre-destined'. After over a decade inside the club's network, Marquinhos has been likened favourably to the likes of Antony and Neres.

Ceni can see it. As could Crespo. Even the scouts at Wolves believed they'd pulled off something special. But that dodgy contract. Those FIFA laws. And some quick-thinking by Edu saw Arsenal successfully intervene. At €3.5m, the Gunners appear to have landed themselves a bargain.