Michael Mancienne has no doubts about who is behind Burton Albion's resurgence.

The Brewers were languishing bottom of the table with two wins from 22 games when Jimmy Floyd Hasselbaink replaced Jake Buxton as manager in January.

Since then, the Chelsea legend has guided Burton to four wins from six games. They are still bottom of the table but are now three points from safety with two games in hand.

Their latest win came on Tuesday away at ninth-placed Charlton Athletic, and Mancienne says his teammates are feeling confident about beating the drop.

"The gaffer was buzzing, all the boys were," Mancienne told Tribalfootball.com, who made his second appearance off the bench for Burton.

"Especially when you play against a team that is higher up the table to get those kind of wins. When you're bottom of the table, you want to beat the teams in around you, but then beating those kind of teams it's massive.

"There is a lot of confidence, especially since Jimmy Floyd Hasselbaink has come in, he's changed a lot of things. He changed like nine players or something. And at the moment it seems to be working. The boys are pretty confident we can [avoid relegation], all of us just have to stick together." Hasselbaink celebrating against Charlton on Tuesday

Hasselbaink has previous experience with Burton, having helped the club win promotion to League One in 2015.

The Dutchman, best known for his playing days at Chelsea and Leeds United, was a 'big factor' in Mancienne joining the club as a free agent just over a fortnight ago after leaving New England Revolution.

The 33-year-old says it is a 'privilege' to work under Hasselbaink, who he trained with as a youngster at Chelsea.

"I trained with him a couple of times, but he was a big factor for me going there, most definitely. With his experience, he was one of the reasons that drew me to Burton," Mancienne explains.

"He was a massive legend back in the day and I looked up to him as a young lad, so obviously to have him as a manager is a privilege."

The return to Burton is Hasselbaink's first job since he was fired by Northampton Town in 2018.

Asked to describe Hasselbaink as a manager, Mancienne replies: "He takes no prisoners! (laughs).

"He's been very hands on. Sometimes you get some managers that let their coaches do everything and they just chime in now and then, but he's very hands on and gets very involved in the training.

"We're bottom of the table so it is a bit of a dogfight. At the minute, he wants us to play, but just no risk, limit all the risks and especially for the creative players he has given them licence to do their magic and do what they can do to create something, and just being very organised defensively." 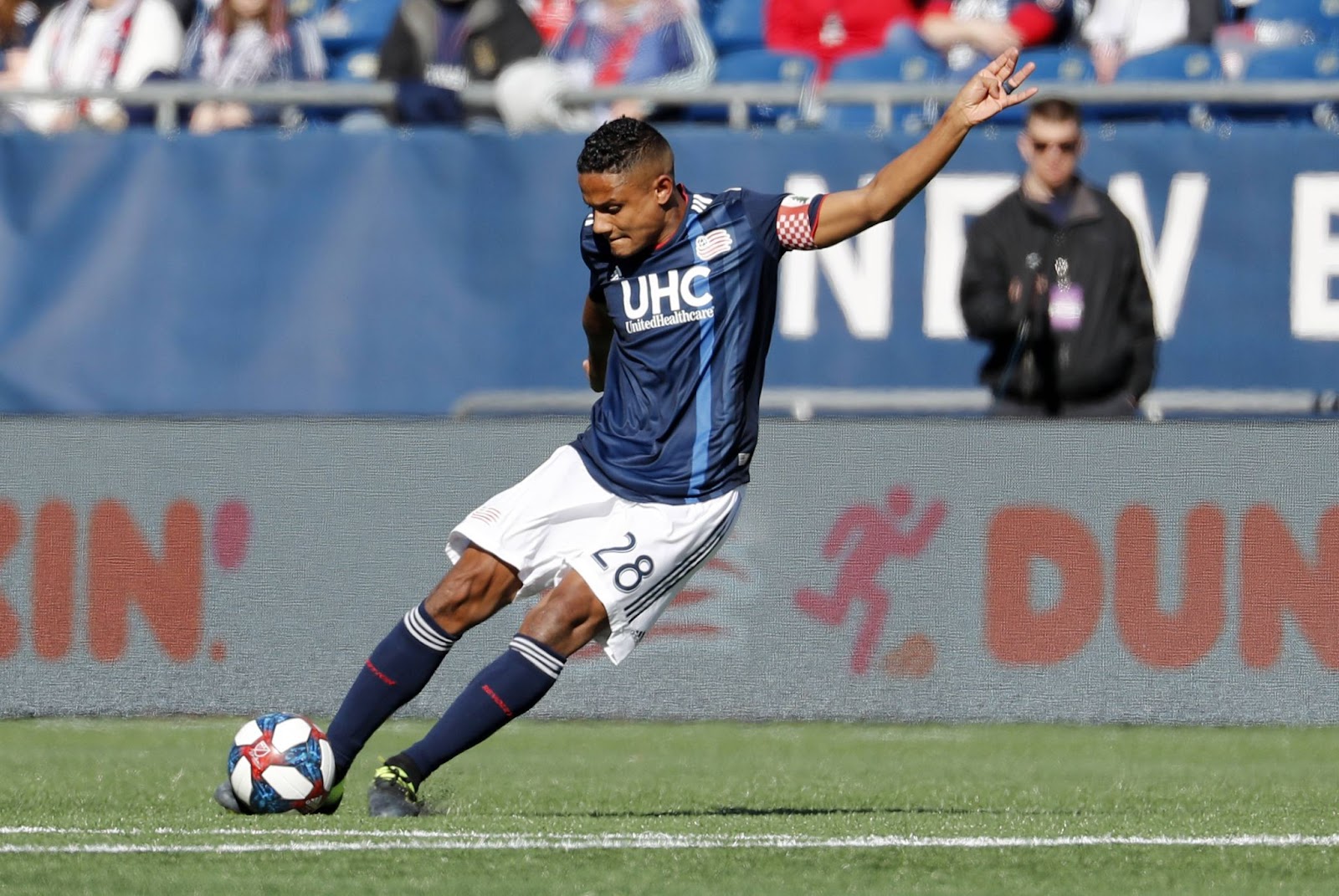 Mancienne returned to England after two years with Revolution in Major League Soccer.

Having come through the ranks at Chelsea, as well as spending time at QPR, Wolves and Nottingham Forest, the versatile defender is no stranger to English football.

And Mancienne admits the coronavirus lockdown in Massachusetts reminded his young family of what they were missing at home.

"Coming back to England was the main motivation," he says. "My wife missed home, we've got a little boy. All our family is in England so that was a big factor for us. We wanted him to be close to his family and stuff, especially having experienced lockdown in America.

"For my wife especially, she's in an apartment by herself, might as well be a jail cell, can't leave, don't know that many people. It was tough to be honest."

Mancienne has made two substitute appearances for Burton, having signed on February 9 after a six week lay-off.

But the former England U21 international is willing to make sacrifices if the team continues to win.

"I came in without preseason cause I was out for a good six weeks before going into training stuff like that I didn't expect to be thrown in or anything like that so I've just been getting back to a fitness level.

Mancienne signed a contract until the end of the season with Burton, but he insists his playing days are far from over.

"I still have a lot to offer [playing], most definitely," Mancienne says.

"[Coaching] has crossed my mind, I'm not too sure what route I want to take after football to be honest, I haven't really decided on that just yet.

"That's what I'm doing (settling down and looking forward) to be honest. I just want to enjoy my football at the moment and when I come to crossing that bridge I'll cross it."