Man Utd vs Leeds Utd: Defining moments in one of England's fiercest rivalries

Manchester United and Leeds United will face off on Sunday in the beginning of another chapter in one of England's fiercest rivalries.

The contrast in fortunes for both clubs has seen them clash just twice since 2004. But make no mistake, although competitive distance has simmered the rivalry, animosity still runs deep between the two sets of supporters.

Ahead of Sunday's clash at Old Trafford, we take a look back at the defining moments between the northern giants.

Distance - just 44 miles - and history - the War of the Roses, Industrial Revolution - are all credited as factors for the Manchester & Leeds rivalry.

But on the football pitch, it all started with two men: Matt Busby and Don Revie.

In 1964, Busby had just lifted his fourth First Division trophy and was regarded as Britain's best manager. The Scotsman was renowned for his attacking style, aided by flashy stars such as George Best, Denis Law and Bobby Charlton.

A different type of revolution was brewing across the Pennines, led by the pragmatic Don Revie. The Englishman had won promotion to the First Division in 1964 with a tough and uncompromising team, lead by Jack Charlton, brother of the aforementioned Bobby. A lynchpin of Revie's Second Division champions was Johnny Giles, who was sold to Leeds by Busby. After the move Giles famously said of Busby, ""I am going to haunt him". 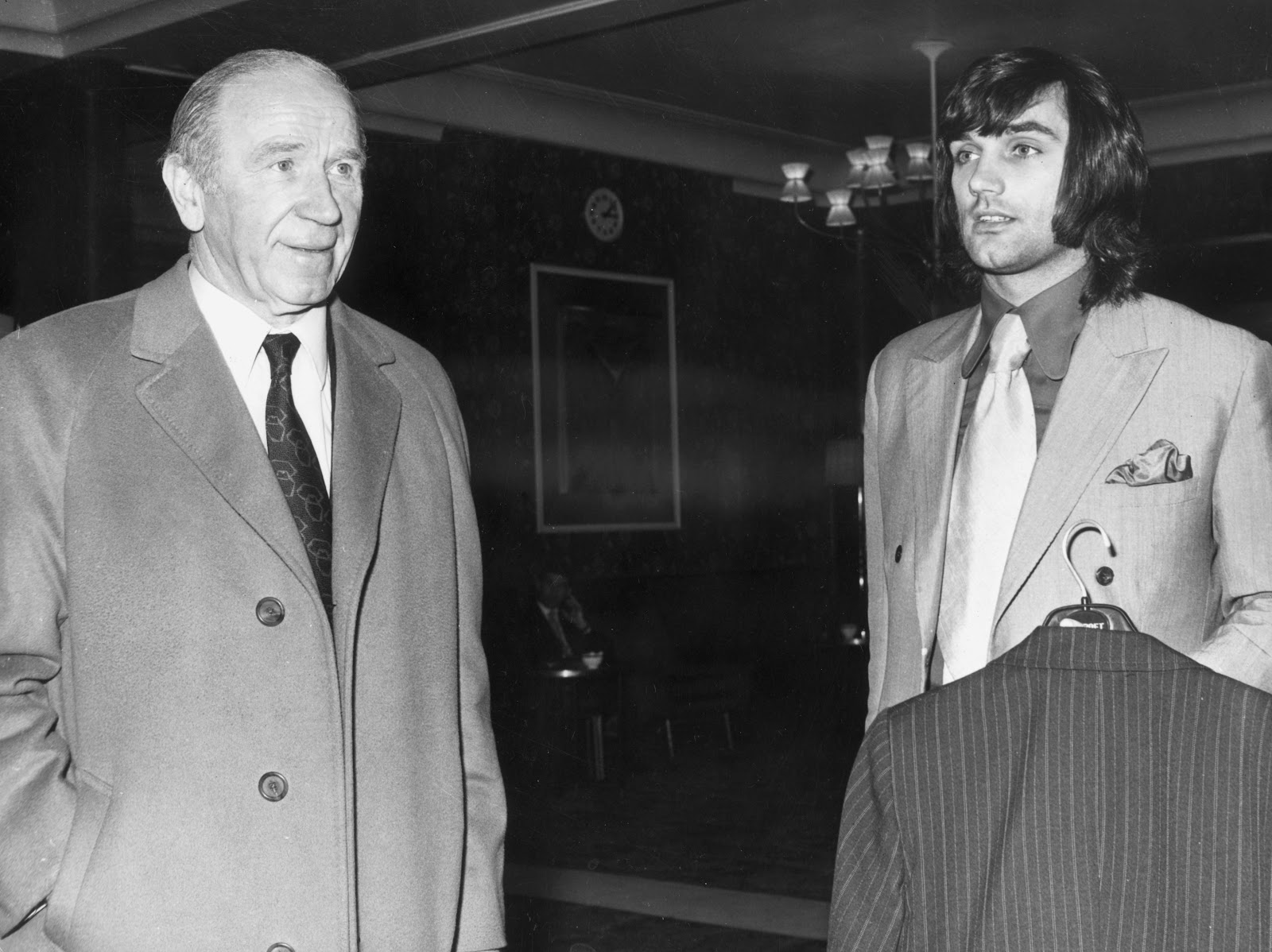 Giles got his first big chance of revenge when the two clubs played in a defining encounter in the 1965 FA Cup semi-final.

After a goalless first-leg, which included 24 free kicks, the Yorkshire Post reported that "both sides behaved like a pack of dogs snapping and snarling at each other over a bone". Leeds ultimately won the replay thanks to an 89th header from Bremner. But Busby's side had the last laugh after Leeds lost in the FA Cup final and also on goal advantage in the First Division title race to the Red Devils, who would also win the European Cup two years later.

Revie and Leeds eventually won the First Division title in 1969 and overtook the Red Devils as England's most dominant force, winning the title again in 1974 and reaching the European Cup final. Man Utd were relegated in the same season, three years after Busby retired.

STRACHAN GETS ONE OVER FERGUSON

By the 1980's, it was Leeds who found themselves as the inferior of the two clubs after being relegated in 1982. A new manager was in place at Old Trafford by 1986 in the name of Alex Ferguson, not yet the Sir he would become.

One of Man United's stars at the time was Gordon Strachan, Ferguson's former midfield bulldog at Aberdeen. It placed Strachan in an awkward position after the pair had fallen out during their time at Pittodrie. Ferguson was irate with Strachan after he signed a pre-contract agreement with Cologne against his wishes. He would later state in his autobiography that Strachan "couldn't be trusted an inch."

Strachan only lasted three years before he was ousted by Ferguson, landing at Second Division side Leeds. Under Howard Wilkinson, Strachan was instrumental as Leeds won promotion back to the First Division. Ferguson had yet to win the First Division title and he was made to wait another season when Strachan captained Leeds to the championship in the 1991/92 campaign.

But undoubtedly the most famous transfer between the two clubs happened in the summer of 1992, only a few months after Leeds' famous First Division title win.

It involved the one and only, Eric Daniel Pierre Cantona.

Despite his heroics in the title winning season, Cantona had fallen out with Wilkinson and Ferguson trusted his instincts to make one of, if not, the biggest transfer move of his career.

With United crying out for a goalscorer, Ferguson lamented how the club had missed out on Cantona before he joined Leeds when speaking with United chairman Martin Edwards. At that moment, the phone rang in Edwards' office. On the other line was Leeds managing director Bill Fotherby enquiring about Denis Irwin. "The timing was weird, absolutely uncanny," Ferguson recalled in the book Just Champion.

Irwin would of course stay, and much to the chagrin of Leeds fans, was joined by a new teammate at Old Trafford in Cantona after the clubs agreed a £1.2m deal.

Led by their new striker, United would win four titles within the next five years and Ferguson would be catapulted into an unprecedented reign at the top of English football. Cantona, or King Eric as he would become known, would later be voted United's player of the century by supporters. 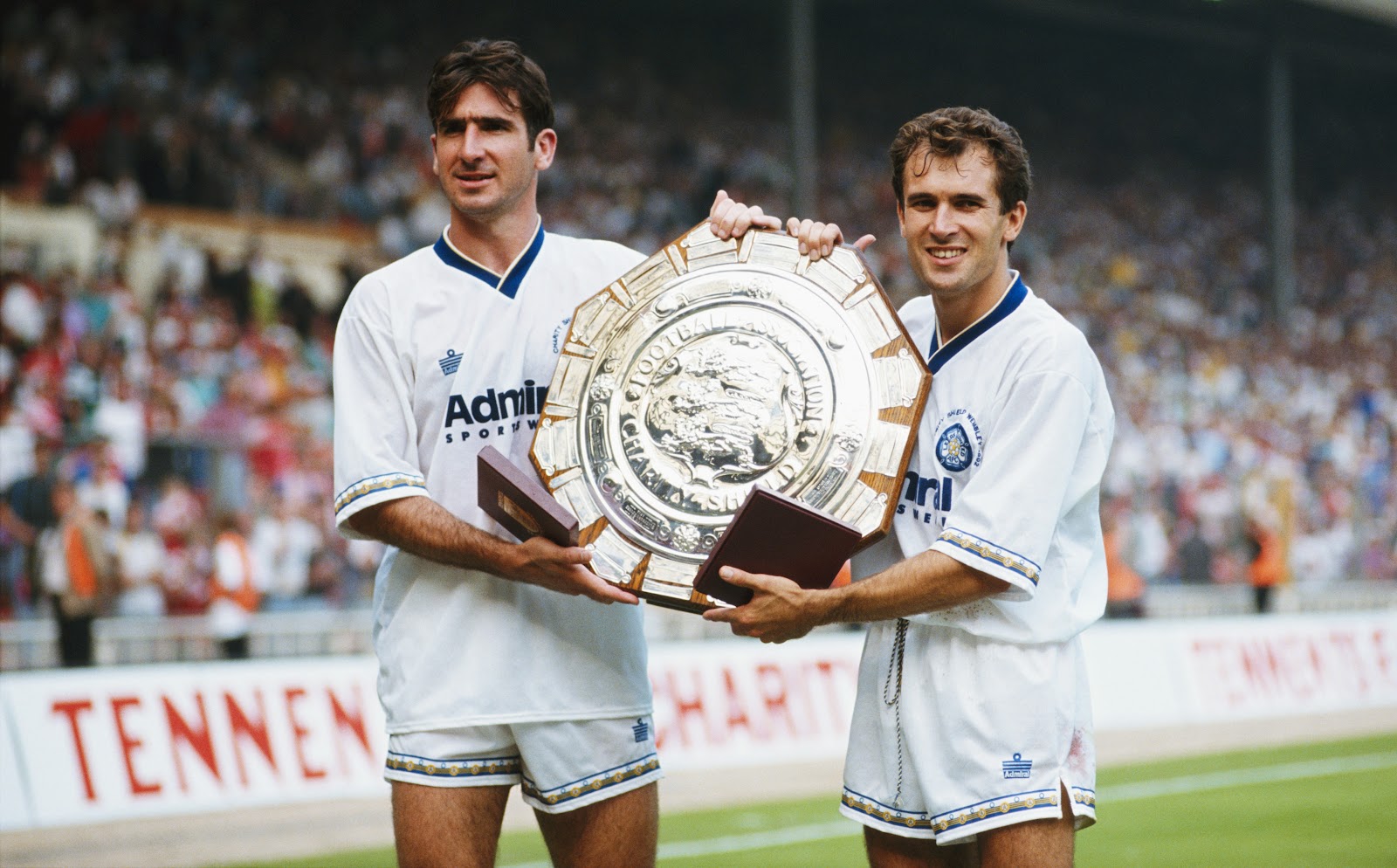 Leeds weren't dead and gone after Cantona, in fact, they found themselves in the upper echelon of English football at the turn of the century. Managed by David O'Leary, the Whites had built a team as young and exciting as ever seen at Elland Road.

In the 1999/20 season, Leeds would finish third in the Premier League and reach the UEFA Cup semi-finals. With a team which included the likes of Harry Kewell, Lee Bowyer, Robbie Keane, Alan Smith, Jonathan Woodgate and Rio Ferdinand, O'Leary and his men would follow it up with a spectacular run to the Champions League semi-finals.

But financial problems would see the club relegated to the Championship in 2004, leaving Leeds and Man Utd to face each other just twice in the years since, putting the rivalry into a state of dormancy.

That was until an eccentric Argentinian in the name of Marcelo Bielsa began his own revolution in West Yorkshire. In two seasons in charge, Bielsa has returned Leeds to the Premier League and will be hoping his swashbuckling football can keep them there.

The clash on Sunday is poised for an enthralling contest. Ole Gunnar Solskjaer's side have won just three times at Old Trafford this season and have looked shoddy in defence. Having just scored five against Newcastle last weekend, Bielsa and Leeds will fancy claiming their first win at Old Trafford since 1981. 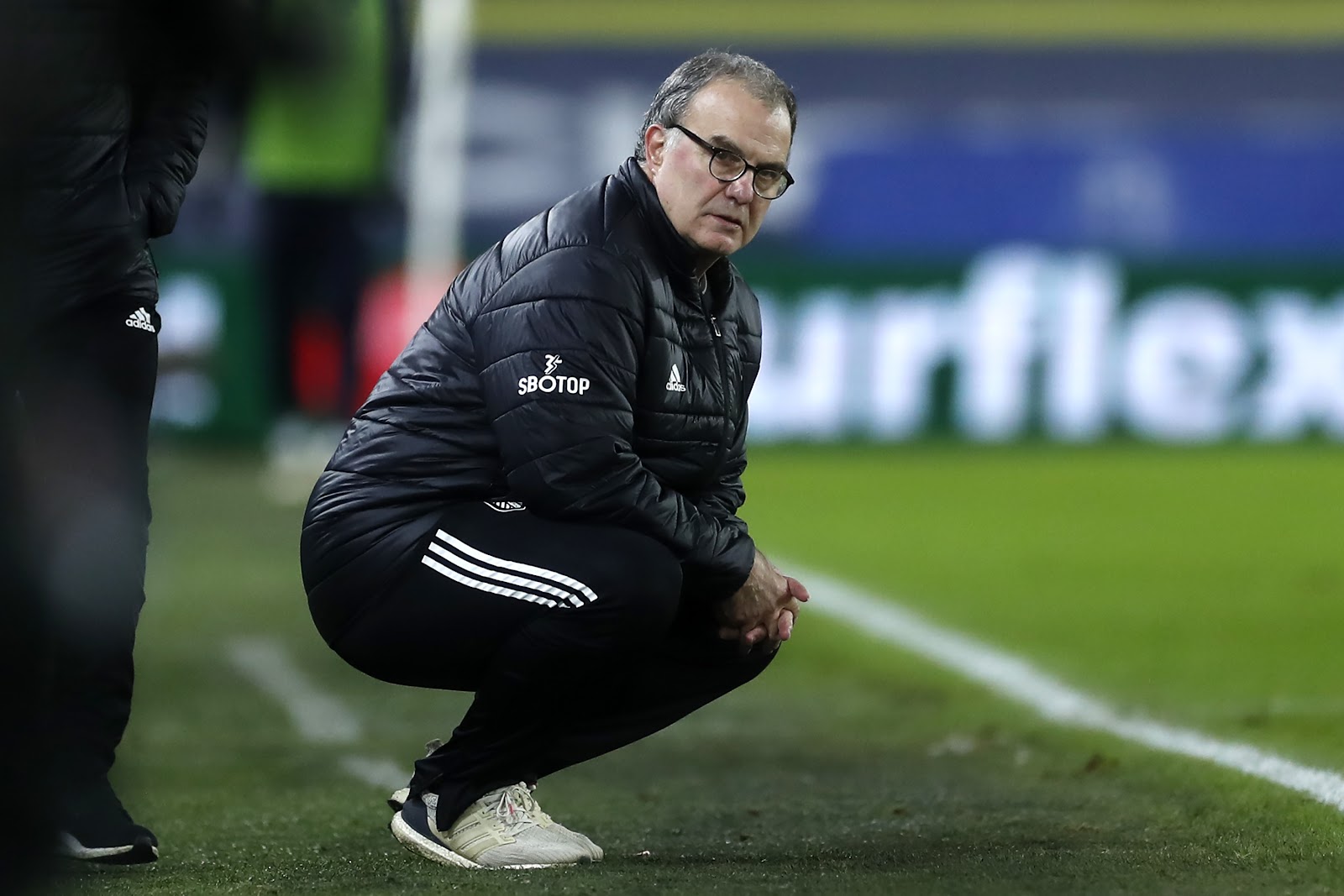 Bielsa in one of his favoured positions against Newcastle last weekend