Man Utd shambles: Why blank the kids, Ralf? They're the one thing to give fans hope

COMMENT: Today's version of Manchester United. Has it ever been worse? Have we ever seen the team as bad as it was at Brighton on Saturday...?

For this column, United have been plunging the depths this season. Yes, there's been worse finishes. Yes, there's been less... far less talented squads. But in terms of hope. Of expectation. It really is as bad as we've seen from this club in 35 years.

For Saturday at Falmer stadium, United were XI mercenaries. A thrown together hotch-potch of square pegs forced into round holes. Some already had announced they were leaving. Others were leaning that way. And the rest were there by default and not merit. This team under Ralf Rangnick has fallen apart. Directionless. Rudderless. With no leadership. No drive. And with next-to-nothing for the fans to latch onto.

It's a team reminiscent of the early seasons of Sir Alex Ferguson. But with a qualifier. You could always find hope back then. Lee Sharpe. Lee Martin. Russell Beardsmore. Mark Robins. They didn't all make it. But as his team lurched from mid-table finish to mid-table finish, Ferguson gave the diehards something to grab onto. A team was being built in those seasons of 11th and 13th place finishes. You could see it being formed. And also during those campaigns, Ferguson offered his youth teamers a shot at creating history for themselves. The goals of Robins. That jink and drop of the shoulder from Beardsmore. Martin's FA Cup winner. They're players etched into the history of that era. Sharpe would emerge as the best of that bunch and help drive United's Premier League dominance. Only injury holding back the winger from fulfilling his full potential.

Ferguson understood what the Stretford End needed. Glory. Success. That was obvious. But it was also hope. Aspiration. Something his young players could offer while he worked behind the scenes to build a league winning team.

“The kids did a magnificent job, buying time for the restructuring that carried us to eventual success," wrote Ferguson in Just Champion in 1993. “The clinical judgement on the rookies wasn't so important, though. They were what the crowd wanted in that period of United's evolution – and they responded to them with a real, unbridled fervour."

As Sir Alex states, these kids weren't the Class of 92. But they were enough to give the support something to cling to. And it's that something which has been denied this generation of United fans in these final weeks of the season. 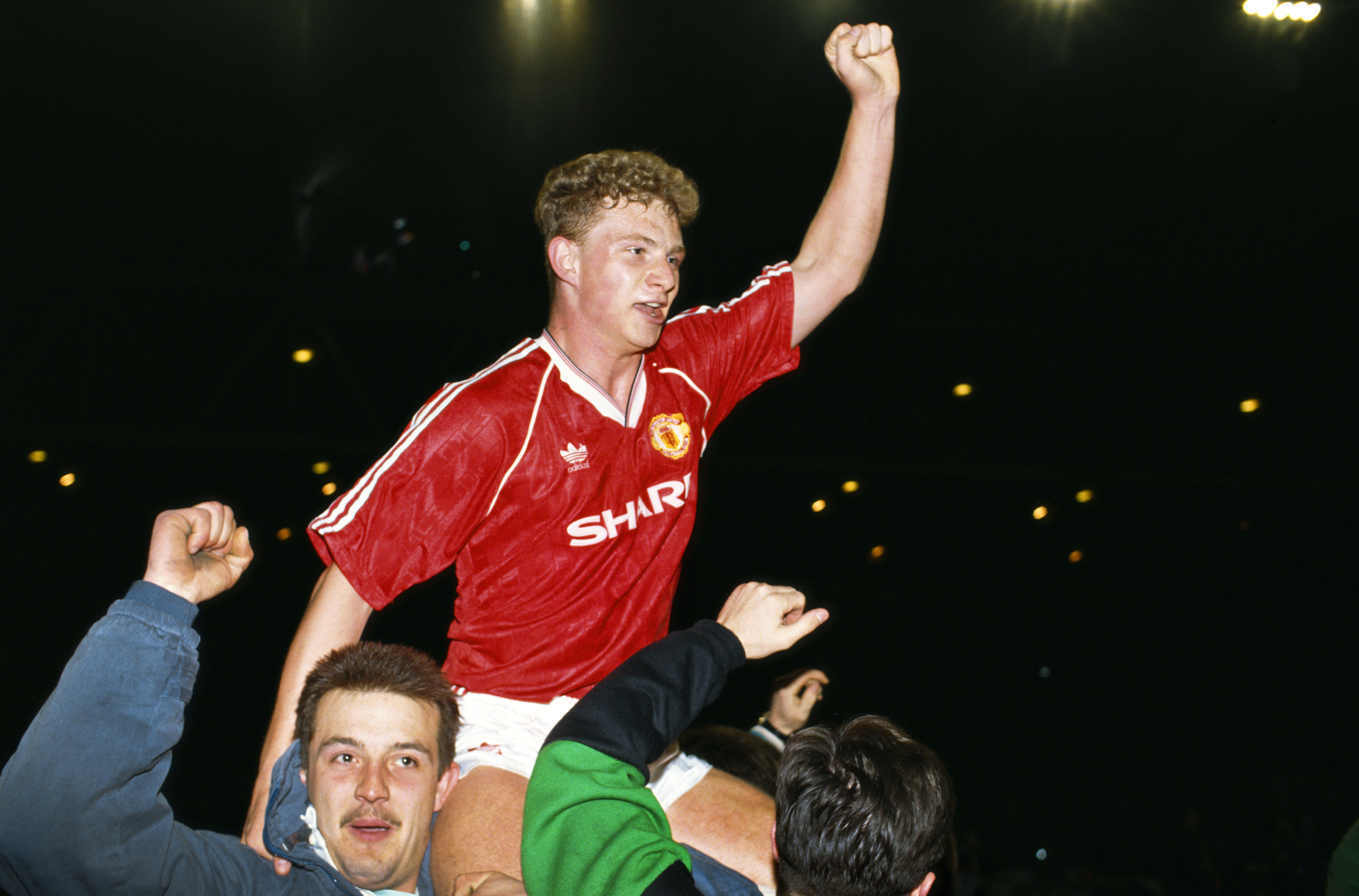 Anthony Elanga, of course, gives today's fan some type of hope. But that's it. As bad as Elanga's teammates were on Saturday, Rangnick also needs to be questioned regarding his selection. The top four and Champions League qualification were gone before Brighton. Of course, mathematically it was possible, but in practice we've long known fourth place would be a North London face-off.

So why start with Nemanja Matic and Juan Mata? Good men. Good servants of the club, sure. But they've announced their departures. Giving them this game isn't what United and their support now need. Even with victory, Matic and Mata's contributions would've offered nothing for the needs of the team today.

Matic and Mata are now United's past. Jesse Lingard and possibly Phil Jones too - both of whom were on the bench. United are now entering a new era, with a new manager and a new attitude at board level. Paul Pogba's release is a sure sign of that.

Saturday should've been a day for hope. No matter the result. No matter even the performance. If fans had been offered the chance to see the likes Alejandro Garnacho and Alvaro Fernandez in action, it would've given them something to grab onto.

Instead, they were left on the bench. Shola Shoretire and Hannibal Mejbri were at home. And in their place, behind Rangnick in the away dugout, were Jones and Lingard. It was a team selection which made little sense.

Again, it was rudderless. Directionless. With at least three players in the matchday squad who have announced their departures, what was the point of their selection? Where is this United team going? And what does it offer the fans?

That was the genius of Ferguson. It was something that set him apart. He recognised the aspiration in fans. And with the likes of Beardsmore he was able to use it - even exploit it - to buy himself time for the "restructuring" that was needed.

Garnacho is no Beardsmore. Fernandez no Martin. They're better. Much better. Yet Rangnick has held them back. Indeed, if rumours are to believed, he's dropped Hannibal for ignoring his instructions at Liverpool. Given the performances of senior players since Anfield, the Tunisia international would be well within his rights to question his manager's decision-making.

But such an erratic approach is symbolic of what we saw on Saturday. This United team is beyond crisis. It's beyond hope. With the kids ignored by Rangnick, it's a team of mercenaries with no connection to eachother nor the support.

The state of this United dressing room is as bad as we've seen in 35 years.