Rooney warns England: Euros can't be won without these 2 players

COMMENT: This isn't going to be smooth. No chance. For Dean Henderson, Ole Gunnar Solskjaer and even David de Gea, this really is a case of 'be careful what you wish for'. There's going to be growing pains with this one. Unavoidable growing pains...

So it's done. He's it. At 24 and with barely a full Premier League campaign behind him, Dean Henderson has been chosen as Manchester United's next senior No1. The man to be seen between the posts for United over the next five, six - and if all goes to plan - ten years.

And it has been a plan. Ever since he was spotted as a 14 year-old training with Carlisle United's senior goalkeepers, United staff have earmarked Henderson as a potential No1. That Solskjaer has now seen enough to throw in his lot with the Cumberland lad is a triumph for the United academy system. For it's scouts. It's coaches. And for everyone who worked on Henderson's development path these past ten years.

Make no mistake, this was one United's staff wanted. Indeed, needed. In terms of scouting, signing and developing goalkeepers, they've always had an outstanding system in place. Pierluigi Gollini, of Atalanta, came through the production line and is now an Italy international. Ron-Robert Zieler, now with FC Koln, did the same and is a Germany international. Great talent. Great potential. But never quite had the break to find their way into first team reckoning at Old Trafford.

Even today, Tribalfootball.com columnist Ben Thornley, thanks to his role as MUTV pundit, has tipped us off about another keeper those at Carrington expect big things from. Just weeks after successfully predicting Will Fish's first team call-up, Ben insists Matej Kolar has everything in his locker to make it as frontline Manchester United goalkeeper.

But like Gollini, Zieler and the England pair Sam Johnstone and Tom Heaton, Kolar will need a lot to fall his way if he's to fulfill the expectations of those coaches whom work with him day-in, day-out. 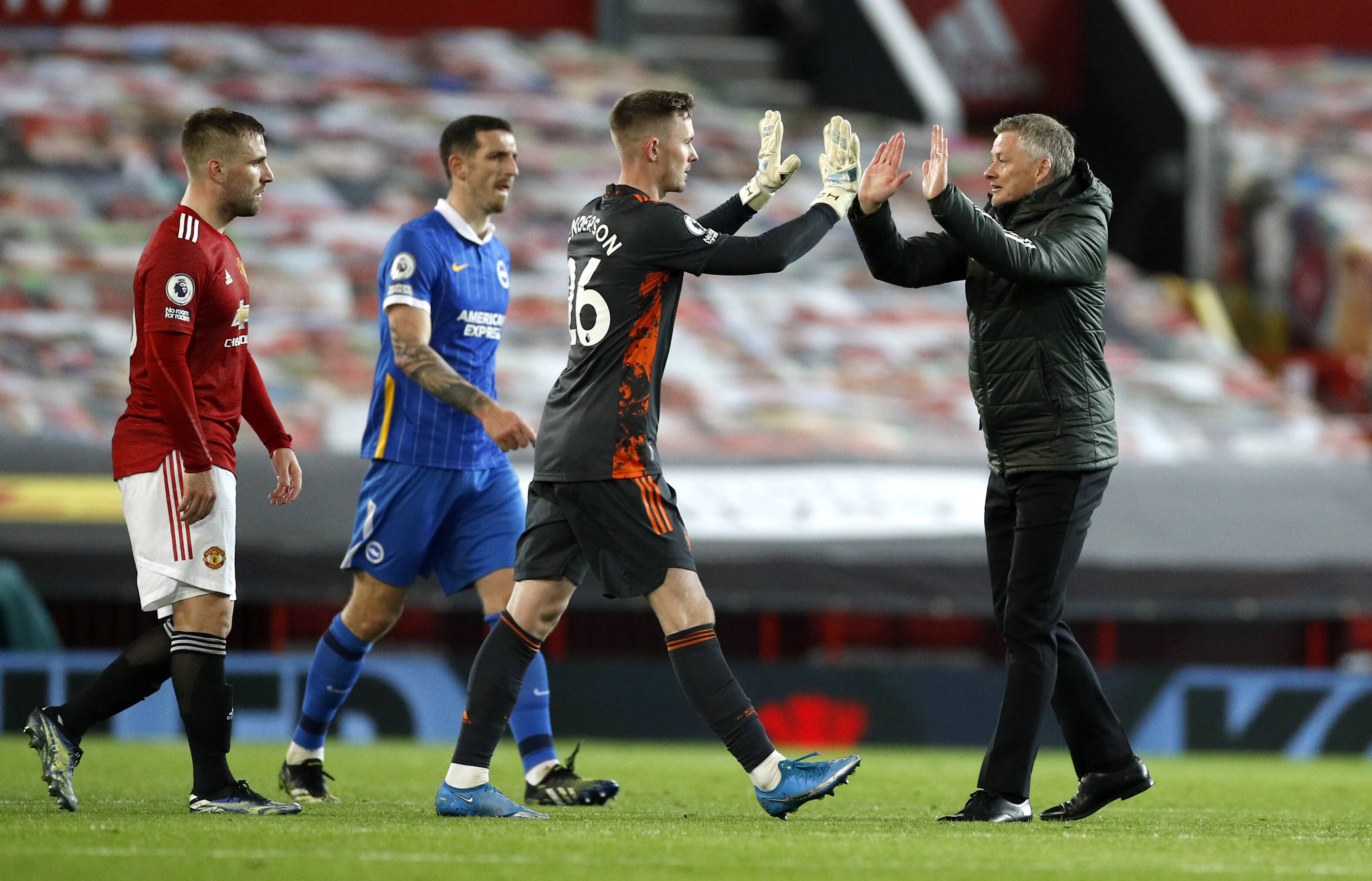 So you can understand everything - and everyone - that's invested in Henderson's call on De Gea's position this season. With the decision now made, Henderson will be United's first academy-produced No1 in 33 years. Not since Gary Walsh, in the early period of Sir Alex Ferguson's reign, has United leaned on a local lad as their first-choice goalkeeper. Like Henderson now, Walsh, then just 19, usurped the more experience and established Chris Turner to take his first team chance. Injuries and a certain Peter Schmeichel would eventually see the now West Brom goalkeeper coach eventually leave for Middlesbrough.

So it's been a long time. And the emergence of Henderson has been something long in the works. De Gea should've seen it coming with the appointment of Richard Hartis last season. It was Hartis who worked so closely with Henderson through the age groups at United. Just as he did at England youth level. You don't need to be a Mensa member to recognise what Solskjaer was planning when bringing Hartis back to the club.

So De Gea can't be surprised. He's had a battle with Henderson these past two seasons. Last term's loan spell with Sheffield United allowing Henderson to showcase and compare performances with the Spaniard. Then came this season. A clean slate between the pair. And an open mind from their manager. It was up for grabs. And the crazy thing is, it wasn't form, nor injury, that saw De Gea lose (or is that surrender?) this battle. It was parental leave...

The birth of his daughter. The decision to return to Spain for the birth. To take parental leave. This has effectively ended De Gea's Old Trafford career. He left the door open to Henderson - and the England man has barged his way through. The words of Solskjaer during that first week of March should've cut De Gea to his competitive core.

"I will give David the time he needs before he comes back," said United's manager on the eve of their impressive derby victory over Manchester City, sans De Gea. "He wanted to go and be there, so there was not even a decision to make. Dean is ready, so we can give him the time he needs.

"We allowed him to go back and we want him back as soon as possible – but he is a human being. I don't know when he is back, but it won't be long."

De Gea had made himself non-essential. United could do without him. 'Take your time'. 'Put your feet up'. 'We can cope without you'. Solskjaer had given his senior goalkeeper an open-ended break, confident he had another option just as good - if not better.

It's football. It's this industry. As ruthless and competitive as it gets. De Gea knew this. It might be harsh to say he flew up the white flag, but he certainly made it as easy as he could for Solskjaer to make this call.

Even with the odd mistake. The over-confidence. Henderson has Solskjaer's full backing. Errors will happen. And Henderson will be given the room to make them.

So it won't be smooth. And there are risks - particularly for Solskjaer. But it's happening. Even with these unavoidable growing pains, Dean Henderson is now Manchester United's No1 goalkeeper. A ten-year project now fulfilled.