Man Utd midfield hopelessly exposed: Why 'McFred' not the answer - and nor is Rice

COMMENT: On paper. In the record books. It'll appear as a routine win for Manchester City. But Saturday was more than that. Much more. For some on the home team, it could be the beginning of the end of their Manchester United careers...

For where they are. For where they want to be. United were given a lesson by their neighbours at Old Trafford. Not so much for the players, some of whom may've taken this team as far as they can. But more so for a changing front office. As Ed Woodward departs. As Richard Arnold takes up his seat. City offered United's higher ups a clear sign that this team rebuild is far from over. If United want to get close to where City is today. If they want to at least lay a glove on a Liverpool team as it is currently playing. It is obvious on the evidence of Saturday's derby defeat that United won't do that with a first-choice midfield of Scott McTominay and Fred.

Against certain opposition. In certain competitions. They can be decisive. But McTominay and Fred were exposed by City. Playing at home. With the crowd at their back. United's midfield lacked presence. Authority. Leadership. It was a performance that could be career defining. For the occasion it was. For the opposition they were facing. Both players were hopelessly exposed. As the match wore on. As City passed the ball through and around United's midfield pair. It became more and more obvious by the minute - United will not reach the level of City with the two midfield sitters they're currently leaning on.

To be fair, McTominay and Fred had plenty of allies on the day. Bruno Fernandes, as the third in that midfield setup, also failed to get a foothold in the game. But he's not there to win the ball back. To harangue. To snap. To grab possession and keep it. Everything that McTominay and Fred failed to do.

The United futures of both don't necessarily have to be on the line. Their status, yes. As squad players. As Cup players. There's still a future. But as a midfield general. As a player to boss games. The biggest games. That ship appears to have sailed.

So they'll have to go to market. That new midfielder will have to be signed. United and Ole Gunnar Solskjaer have tried to avoid it. The manager has thrown his faith behind his Scot/Brazilian partnership. But they've reached their level. Clearly, against City and Liverpool, both players hit a brick wall. 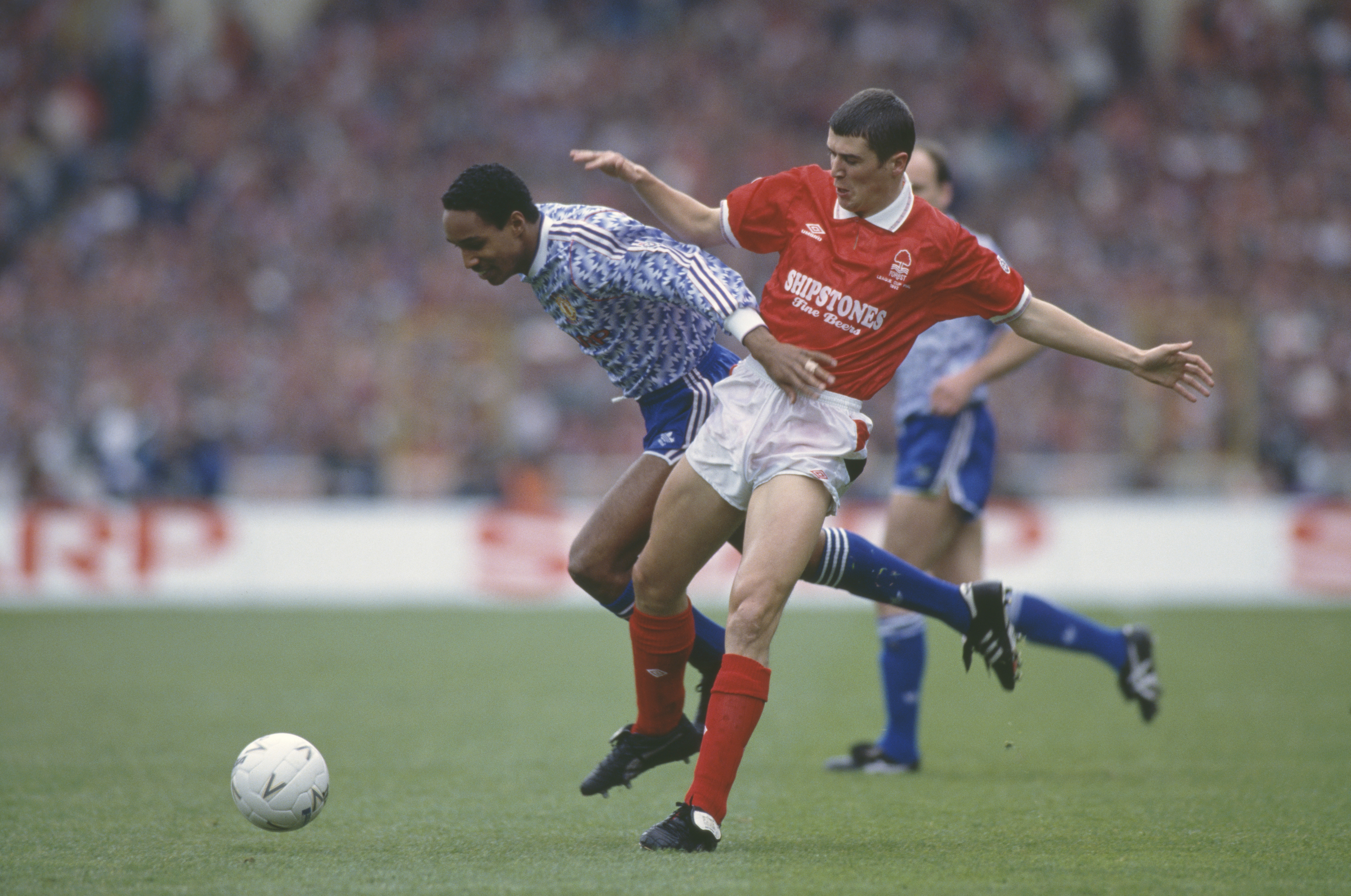 Instead, it's going to take another addition to get the team to where management wants them to go. But it's going to be an addition as significant as any made by United in the post-Sir Alex Ferguson era. A player to build a team around. One to run the game. To boss. To lead. To set a playing standard. This isn't going to be any old signing. The player to arrive - if United do it properly - will be one to set the culture.

Of course, we've had nominations in recent weeks. Kalvin Phillips, of Leeds United, has been one. West Ham United's Declan Rice another. Indeed, Hammers assistant manager Stuart Pearce was almost daring United to make them an offer last week. Psycho declaring Rice better than is old teammate at Nottingham Forest, Roy Keane, at the same age. Then in the same breath insisting he was more like another United great in Bryan Robson. Pearce virtually making a sales pitch to Solskjaer and Arnold through morning radio.

But is Rice what United need right now? Is Phillips? For this column, the answer is no. Either player as a big money signing would be a gamble. Good potential. Plenty of room for improvement. But as we've seen with Jadon Sancho and Aaron Wan-Bissaka, waiting for such talent to develop is not what United currently need.

We've also had the story last week of United taking a serious look at Idrissa Gueye, PSG's former Everton midfielder, in the final days of the summer market. United's dealmaker Matt Judge was driving the move, which eventually fell through as Paul Pogba, Nemanja Matic and Jesse Lingard all insisted on staying as the deadline fell.

But at both ends of the scale - Gueye is now 32 - this isn't what United need.

As mentioned, this current United midfield - against the very elite - lacks authority. It lacks presence. In such a key position, essentially the heartbeat of the team, United need more than they have.

A Robson? A Keane? Yes, but not as they were signed. Ron Atkinson brought a 24 year-old Robson with him from West Brom. He would spend 13 years at Old Trafford. Sir Alex Ferguson signed Keane at 22 from Forest. The Irishman was a 12-year United player. But both joined dressing rooms boasting established, proven midfielders. Robson arrived to play alongside Ray Wilkins. Keane had Paul Ince and Robson waiting for him.

Instead at today's United, a Rice or a Phillips would arrive with expectations to immediately outperform McTominay and Fred. There'd be no bedding in period. No gradual introduction. It'd be sink or swim. And as we've seen from Sancho and Wan-Bissaka, such demands on a young player can wear them down.

Instead, United need to shelve potential and focus on the here and now. They need to buy a presence. On Saturday's evidence, for where they are. For where they want to be. This current midfield isn't up to it.