It may have been a friendly, but the off season exhibition match between Manchester United and Melbourne Victory was anything but. The home side came to play with a ferocious intent from the opening whistle, while United look to execute the game plan according to their new man at the helm Erik ten Hag.

The preseason exhibition game for Manchester United and Melbourne Victory went off with massive success, as the Red Devils cruised to a comfortable win against the A-League heavyweights.

United were coming off a huge 4-0 win midweek against their archrivals Liverpool in Bangkok, whereas Melbourne Victory haven't graced the pitch since their devastating semi final loss to A-League champions Western United.

Plenty of new faces graced the pitch for both sides, and in the absence of Cristiano Ronaldo, the man of the hour prior to kick off was former United winger Nani, who has signed a 2 year contract with the Victory. 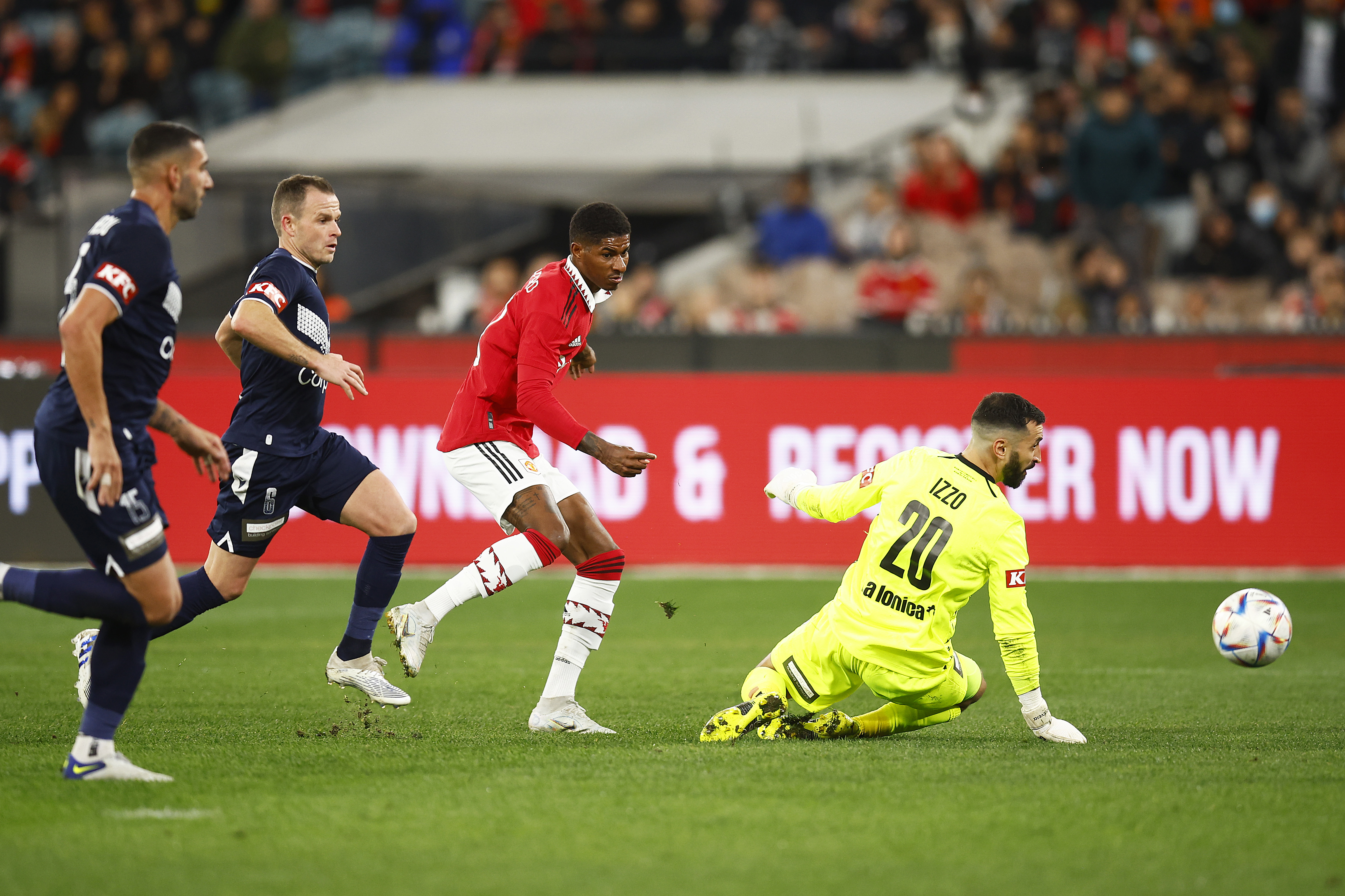 It may have been a friendly, but Melbourne Victory came to play with a ferocious intent from the opening whistle. Composure, clean movement and a ferocious focus was their challenge to the former English champions, while United looked to shake off any lethargy from Thailand.

Within 5 minutes of play, United looked comfortable and relaxed to their detriment. On a counterattack, a beautifully weighted through ball to Ben Folami resulted in a perfect cross for Chris Ikonomidis to slot it past Heaton and shock the United strong crowd.

Bruno Fernandes had United's first real opportunity at the 25th of the game, breaking the defensive line but sent his shot straight into the palms of Paul Izzo.

From the 30th minute on, United looked much more in control with lion's share of possession. Their due diligence paid off in the 41st minute, Scott McTominay laced a power shot that deflected high off the leg of Jake Brimmer and looped over the head of Izzo.

It wasn't long before United found themselves 2-1 ahead and looking properly in control with the last play of the half. A turnover from George Timotheou resulted in a quick response, inch perfect passing found its way to Anthony Martial who made no mistake from inside the 6 yard box.

Despite an entire squad change for United, the second half began exactly as it ended in the first. United's patient possession game quickly came into effect while the Victory tried to maintain their counterattacking presence. 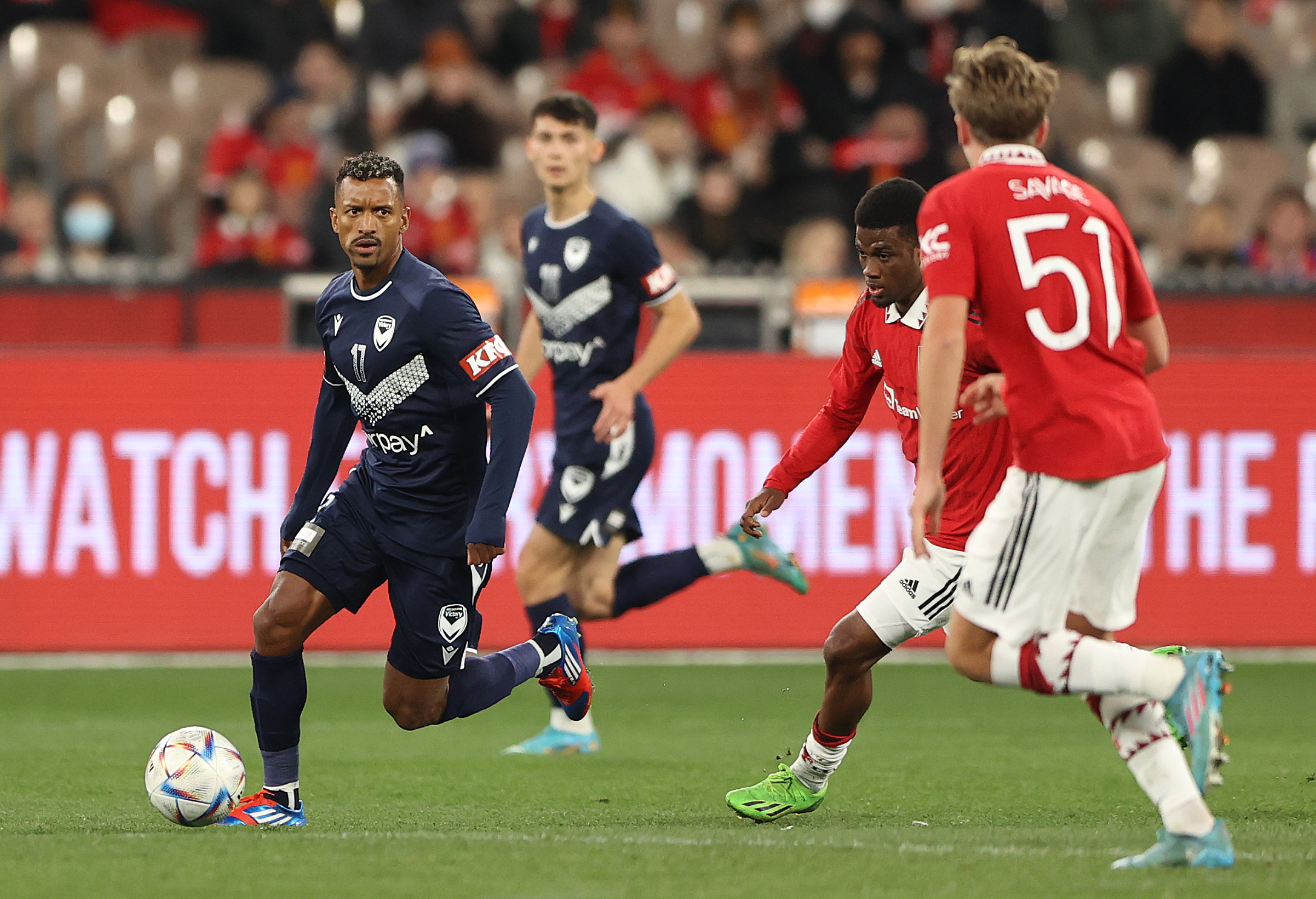 United's passing grew sharp as the game aged while the pace of the contest slowed to a crawl, Victory unwilling to pursue the ball as to not give United any sniff of an opening.

The third goal of the game came at the 78th, Bailly with some beautiful hold up play before slicing the defensive line wide open, and on field captain Marcus Rashford dispatched the ball with ease to put the Red Devils up 3-1.

It wasn't until the 87th minute that the crowd would see the home debut of Nani to the warmest reception of both supporters, alongside debutants Edmond Lupancu and Alex Menelaou. Unfortunately for Lupancu, it would be a debut he would not forget as he scored an own goal just minutes after subbing on for the Victory.

United ran out 4-1 winners on the night, scoring 8 goals in two games. heading into Tuesday night's exhibition with Crystal Palace at the MCG.

As for the Victory, Popovic should be relatively pleased with the early signs of attacking potency from his side. As the squad comes to full strength and preseason gets properly underway, they'll be a force to be reckoned with this coming A-League season.