Lionel Messi has handed in a transfer request, setting off a nuclear bomb inside the Nou Camp. Nobody thought Messi would ever leave Barcelona, his home for 20 years, but the extent of the crisis at the club has made the unthinkable happen. The Argentine wants to leave, and believes that he has the right to do so on a free transfer this summer.

The club dispute this fact, sparking a bitter internal struggle that should last throughout the window. His contract clause stipulates Messi must inform the club of his intention to leave before June 10, and while that gives Barcelona the legal advantage Messi's people believe the extension of the season beyond its original end date means the player is within his rights to trigger the clause.

This is a calculated move by the world's greatest ever player, and by no means a decision he has taken lightly or in the spur of the moment. Pressure has been building for some time, and as the walls collapse around him, Messi wants out. Perhaps an early resignation of loathed president Josep Maria Bartomeu, and a significant handover of power to Messi, could convince him to U-turn.

But that is highly unlikely. Messi, it seems, will not be a Barcelona player for much longer. Here are the five clubs who could make a move for him:

This is surely Messi's first choice. He would love to be reunited with Pep Guardiola, who first converted the player to a false nine position and inspired the best performances of his career as Barcelona won two Champions Leagues. Messi is also very close friends with Sergio Aguero, who could help persuade his countryman of Manchester's appeal.

But Man City are unlikely to make an approach if Barcelona demand a transfer fee, which would reportedly be more than the €222 million Paris Saint-Germain paid for Neymar in 2017. When you add Messi's enormous wages and a huge agent fee, breaking the bank for a 33-year-old – and so soon after getting into trouble with UEFA over Financial Fair Play (FFP) – would not necessarily be the most sensible decision.

If it was to happen, there is no doubt Messi would be a major success. Anyone suggesting he couldn't handle the physicality of English football is grossly exaggerating the Premier League's importance; he has torn English sides apart in the past, and playing in Guardiola's system he would find huge amounts of space in the final third. 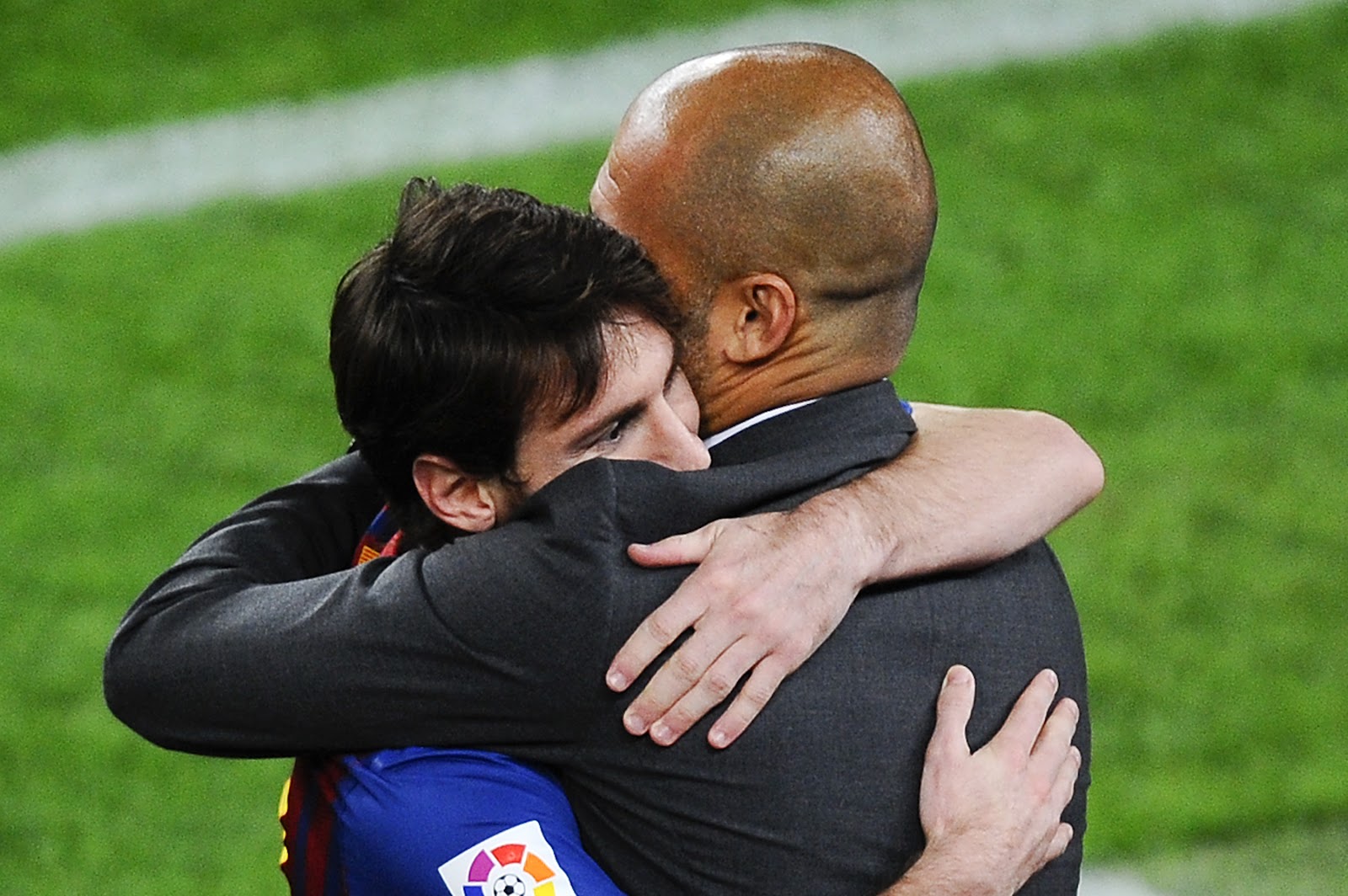 Guardiola and Messi embrace in 2012

The main reason Messi would move to Paris is if Barcelona demand a hefty fee and PSG are the only club able to stump up the cash. Given that the club's entire purpose under its Qatar owners is a sports-washing exercise, rebranding the image of the nation with glamorous celebrity football to cover up their human rights atrocities, uniting Messi with Neymar and Kylian Mbappe would be a pretty good distraction.

Then again, even PSG can't bend the rules to breaking point and with Neymar on astronomical wages it is hard to see how the club can stay within FFP regulations. If the asking price is reasonable and Man City don't want to spend so much money on his wages, then perhaps Messi would be tempted by the fact PSG made it to the Champions League final this year. Winning the competition one more time is a top priority for him.

Tactically, it is difficult to see how it would be successful. Thomas Tuchel has worked wonders to get Neymar and Mbappe in the same team, using the tireless Angel di Maria to counter-balance the other two forwards, but if Messi joined then Di Maria would have to give way. In the modern game you simply cannot afford to have three forwards who refuse to press or track back. It isn't hard to imagine that, privately, Tuchel doesn't want to be given that headache.

On this list primarily because of the overtures they have made towards Messi in the past, signing the world's best player is perhaps beyond Inter Milan. They are likely to once again be in the race for the Serie A title next season and will hope for a strong showing in the Champions League and yet clearly Antonio Conte's side are not among the world's elite just yet.

Conte's tactics are relatively conservative, too, meaning Messi can expect fewer attacking opportunities at a Conte side in Italian football than at Man City or PSG. However, he gets on well with Lautaro Martinez and along with Romelu Lukaku the three of them would form the sort of formidable front three that could take the Champions League by storm – not to mention steal Juventus's crown and directly hit his old rival Cristiano Ronaldo.

Inter may not be in a financial position to pay a big fee to Barcelona despite their wealth, although recent tax law changes in Italy have made the division a more appealing option for star players. 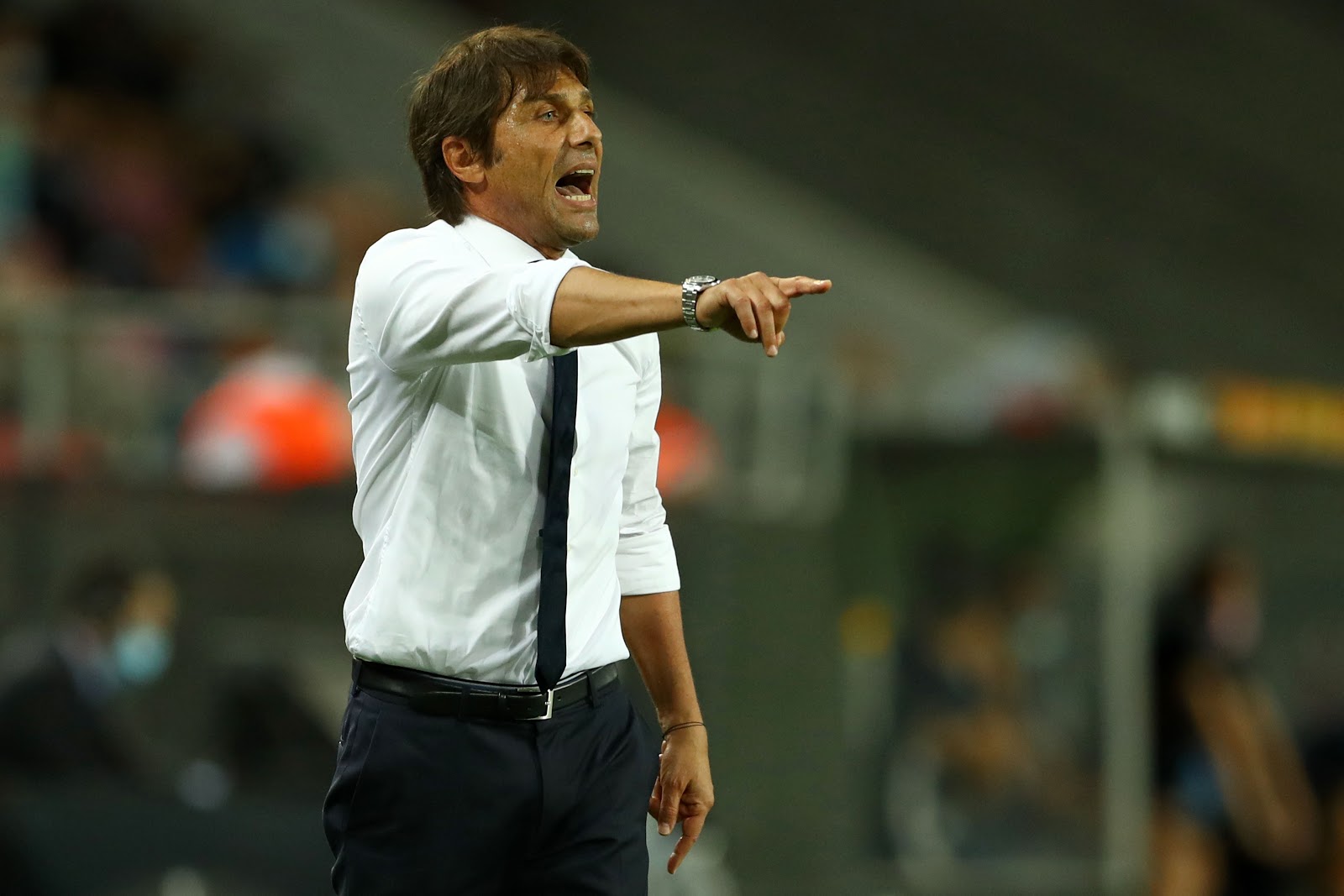 Conte managing in the Europa League final in August

Reports are emerging that United are open to spending big on the player, perhaps using the money they had put aside for Jadon Sancho to fund the deal of the century. Like signing Alexis Sanchez from Arsenal, it would represent a symbolic coup that directly damages their rivals Man City, and would most likely propel their project under Ole Gunnar Solskjaer forward by a couple of years. United would be serious title challengers in 2020/21 with Messi on the right wing.

Ed Woodward is a poor negotiator, but that is usually only a problem when dealing with the selling club, not with players themselves, so if Messi can leave on a free transfer then United will happily out-bid any of their rivals. The club has huge cash reserves in the bank, and having given a player like David de Gea a £350,000-per-week contract they would be open to spending ludicrous money to convince Messi to move to the red half of Manchester.

The only stumbling block is whether Messi would choose Old Trafford over the Etihad, where the pull of Guardiola is strong.

The fifth favourites to sign the Argentine stand little chance. Their audacious acquisition of Cristiano Ronaldo in 2018 has proved to be an expensive failure given that he has not taken them any closer to winning the Champions League. In fact, the Old Lady are in a mini-crisis at the moment, and few pundits predict that this bloated and ageing squad will perform very well in 2020/21 with the inexperienced Andrea Pirlo at the helm.

Consequently the board are unlikely to release the funds needed to sign another play in his mid-30s, not when Juve are in desperate need of a pretty big rebuild and already have one superstar up front. Newspapers are suggesting it only because the thought of Ronaldo and Messi in the same team is so exciting, but it won't happen.

It is impossible to predict who will sign Messi until we know whether he can leave on a free transfer or for a massive fee. If it is the former, then Man City are the logical option, with the board likely to be persuaded to break with their usual financial model on the grounds that this is a once in a lifetime opportunity and Guardiola needs backing after a disappointing 2019/20.

If it requires £200 million or more in transfer fees to sign Messi, then it is a straight fight between Inter and PSG, with the latter a more obviously attractive option for the player.