COMMENT: There must be a plan, surely? It can't be this scattergun. This slipshod. Surely the top brass at Chelsea have a plan to deliver a multiple of strikers to their manager before the market shuts at month's end?

Timo Werner has now followed Romelu Lukaku. Who in turn followed Olivier Giroud and Tammy Abraham. All centre-forwards. All known goalscorers. And yet now all (and you can include Lukaku in that call, despite the loan status) former Chelsea players.

Yes, there's reasons for their departures. Yes, they didn't always meet expectations. But the problem is, nothing and no-one has arrived to fill their void.

And it is a void. No matter the attitude towards Werner. Despite the struggles of Lukaku. As players, their departures lessen the options Thomas Tuchel has to work with this season. Forget his misses, his battles to keep possession, without Lukaku, Chelsea have no recognised centre-forward. No-one to hold the ball up. To play with their back to goal. Or simply for his teammates to use as a target to hit when they're needing a breather or to reshape. That's now gone.

And with Werner. Again, he offered qualities no-one else available to Tuchel boast. There's no-one in this Chelsea squad who can get behind a defence like Werner. Nor one who can get on the end of a pass and have the experience and know-how of how to finish that move off.

And no, we're not rewriting history here. We realise there's reasons why both attackers were encouraged to move on. But in terms of options. In terms of having an attacking selection for a particular opposition and their defence. Tuchel has just lost two more weapons.

And it's baffling. Particularly in Werner's case. For this column, the sale is a mistake. And that opinion would be the same even if Chelsea were ushering in a readymade replacement at the same time. But they're not. Yet, the board and their manager had no problem green lighting Werner's departure with over three weeks left of this summer market.

As we say, this decision is one you can see Chelsea and Tuchel regretting. Still only 26, Werner's best football remains ahead of him. Listening to him this week and you just know he'll settle quickly back in Leipzig. 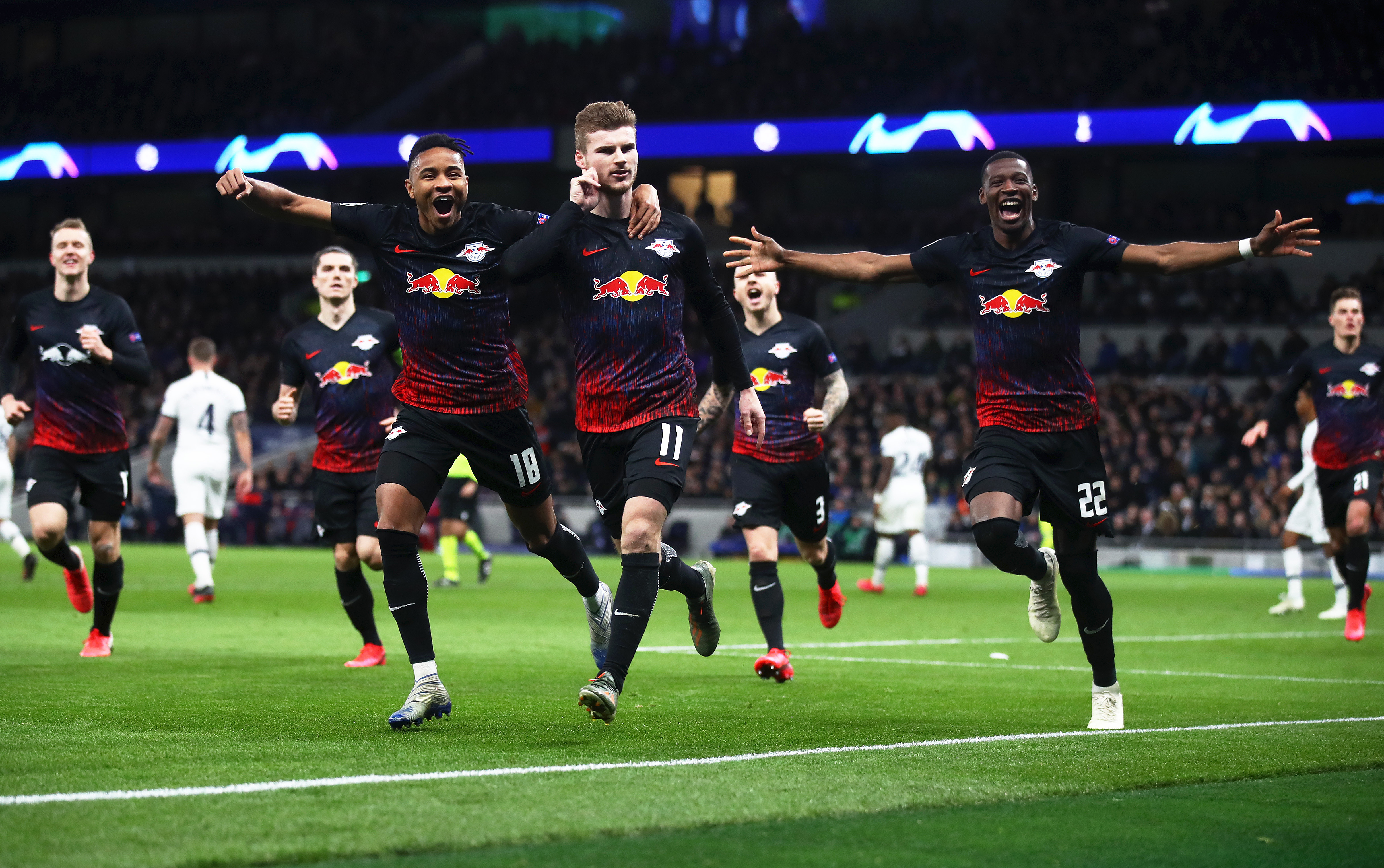 Werner scores for RB Leipzig against Tottenham in 2020

"My time at Chelsea is portrayed as weaker than it was at the end," said Werner. "In my first season I was the top scorer for the Blues and won the UEFA Champions League. You couldn't really ask for much more. Unfortunately, the second season was a bit unfortunate. I set a record in 'goals withdrawn by VAR'! Then I struggled with corona and injuries, which didn't improve my standing in the team.

"I wanted to switch to a familiar environment without a long adjustment period, where I would have the opportunity to play. Where I know what football is being played and the club also knows how I play.

"Another aspect was the city itself: everyone knows that I felt very comfortable here. London was a huge city and I will miss London a lot. But it's still nice to be able to visit the typical German bakery again and buy typical German groceries."

Chelsea paid close to £48m for Werner two years ago and sold him back to RB Leipzig this week for £25m. Now back home and among friends, "I had very good discussions with Domenico Tedesco - we're both Swabians", you can just see the belief returning to Werner. With that, will come the goals. And from there another big move away will happen both for him and RBL. Oliver Mintzlaff and his fellow directors surely can't believe their luck.

The backlash for Todd Boehly, the highest profile of Chelsea's new owners, will come. And probably sooner than we think. But when it comes to the club's strikers, Tuchel has managed to avoid scrutiny. However, there is a pattern forming here. Tuchel has clearly struggled to get a tune out of his goalscorers. Or in Abraham's case (and perhaps Werner's), with the potential to step up, he's failed to convince them to stick around.

Ever since he took charge following Frank Lampard's dismissal, goals have been a problem for Tuchel. It's why he pushed so hard to bring back Lukaku last summer - sacrificing Abraham in the process. Yet it didn't work. Nor did it with Werner, despite all the claims about Tuchel being able to get more from his countryman than Lampard. It just didn't happen.

Instead, goalscoring remained the issue. Tuchel complained about it consistently. Even this week, skipper Cesar Azpilicueta alluded to the problem, stating: "You know it is five seasons since the last time we won the Premier League. We need to score goals if we want to win anything."

So where do the goals come from now? Michy Batshuayi (yes, we haven't forgotten about him)? The Belgian will surely be the next - and last - striker to depart Chelsea this summer. And then that's it. Not a recognised goalscorer on the books. And with a team where the manager and captain have openly complained about a lack scoring ability.

It just can't be this disorganised. This slipshod. Not for a club of Chelsea's status. Not for their history of great goalscorers. Boehly and Tuchel must have a plan up their sleeve, surely...?