Lukaku & Chelsea: Will his Inter Milan improvement be enough for Prem success?

COMMENT: Fitter. Leaner. Wiser. Romelu Lukaku returns to Chelsea - and to England - a far better player than when he left. But will such improvements be enough to stare down those critics which chased him out of the country two years ago...?

Now 28. Now a league title winner. Lukaku returns to Chelsea established. Coveted. Not for what he could be, but for what he is now. He is wanted. Not just by his new manager, Thomas Tuchel. But also Roman Abramovich. Chelsea's owner making it a personal mission to bring Lukaku back to Stamford Bridge this summer. Even deploying son Arkadiy to Milan to help usher through negotiations.

As a transfer tactic, the approach was spot on. This is all Lukaku has ever wanted. Indeed, it's what he's needed: Recognition. Respect. To know he's the priority. And since his arrival, Chelsea have made it very clear to Lukaku about where he sits on the totem pole.

Day after day has come interview upon interview. Even an open training session was held to re-introduce Lukaku to the Chelsea support. There's been a conscious effort to put Lukaku front and centre of the club this week. Of course, you'd always expect similar from any club regarding any big money signing. But this is something else. Management clearly seeing the need to convince Lukaku - by actions - of what they see in him.

Former Chelsea manager Jose Mourinho, now in charge of Roma, only recently offered a telling insight of how to manage Lukaku. The pair had worked together at Manchester United, Mourinho famously intercepting Lukaku's move to Chelsea at the time to convince him to choose Old Trafford instead.

"I believe he got in Inter something that he needs," said Mourinho of Lukaku's two years with Inter Milan. "He needs to feel he is The Man, that he is the Number One, that he is loved by the coach, by the supporters. The press also supporting him, the club, he got that love."

Taking that blueprint; witnessing Chelsea's actions this week - and you can see there's a method behind it all. Certainly, Lukaku didn't get "that love", as Mourinho puts it, consistently as a United player. 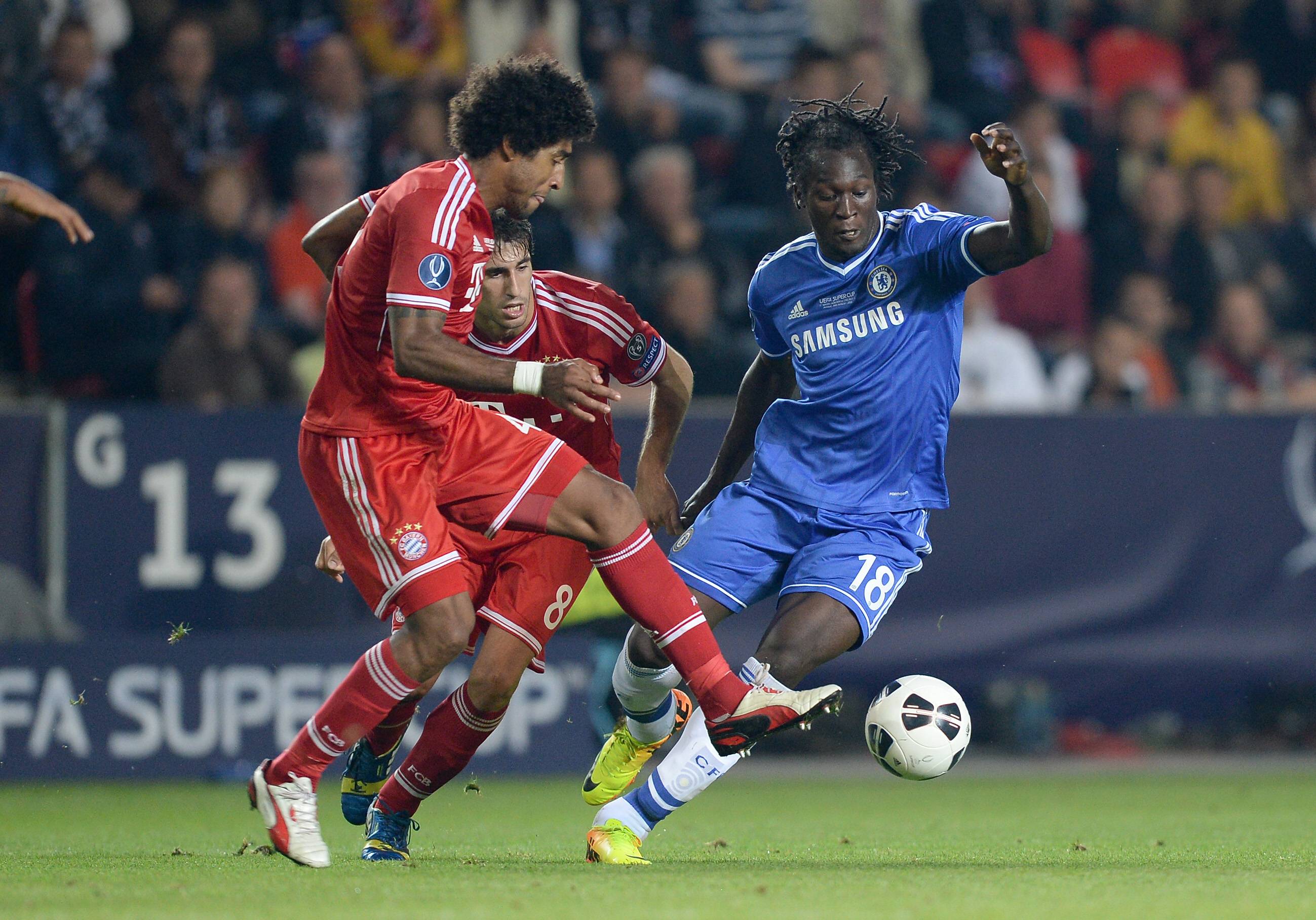 Lukaku in action for Chelsea eight years ago against Bayern Munich

For this column, during his time at Old Trafford, Lukaku was made a scapegoat for the team's problems. Yes, he wasn't blameless. But the criticism that would rain down on him was over the top. From the support, to exes in the media. Lukaku was the first to be criticised when United were struggling. The work he did when not on the scoresheet rarely appreciated.

Mourinho again: “Romelu is the kind of guy who even scoring goals in England, people say it's not the right profile for Manchester United. If he doesn't score goals, what he does for the team is not enough."

But as mentioned, Lukaku - no matter his protests - wasn't blameless. By his own admission, he never played at his proper weight. With his diet. With his approach. He never gave himself the chance to make the most of his time at United.

And we mention approach because of that infamous incident in Shanghai when a tardy Lukaku was left stranded at a hotel as the team's bus left without him. All done on the orders of an exasperated Mike Phelan, who had seen Lukaku's standards long slide. That was preseason 2019, just weeks before Lukaku would be sold to Inter - though not before he went AWOL to train with formative club Anderlecht. His behaviour only making it easier for United's top brass to cut him loose.

Two years on and Lukaku does return to the Premier League a better player.

"He was a rough diamond that I wanted to work with," stated his former coach at Inter, Antonio Conte, "You can see just the way he receives the ball, the way he moves, everything has improved."

Belgium coach Roberto Martinez has also stated: "He is more than a goalscorer since he moved to Inter. He is someone that can affect the game, he can affect players around him. He can really really influence what you're going to do on the pitch."

Better with his back to goal. An improved first touch. Greater awareness to play in those around him. The hard work put in by Lukaku - under the guidance of Conte - has borne fruit. But is that enough? The pace. The physical demands. The quality. The Premier League is unlike any competition in the world. Lukaku knows this. He'll return with eyes wide open. But what served him well in Italy may not translate on English soil.

Lukaku left England with a reputation as a small town bully. One who could find the back of the net regularly against lesser opposition. But in the big games. At the critical moments. He rarely delivered. At Inter, the goals flowed, but such doubts did persist.

Indeed, Zlatan Ibrahimovic, with a round of verbal sparring, brought Lukaku to meltdown during this past season's Milan derby. There's a chip on Lukaku's shoulder. A nagging doubt. It can be used to drive a man forward. But as we saw at United, it can also force another man to withdraw.

“When people talk about Robert Lewandowski, Karim Benzema or Harry Kane, they are called 'world class' – but when it comes to me, it's just considered 'good form,' said Lukaku in the middle of this summer's Euros. “That motivated me to work harder and get stronger. Now I believe that I belong in that list of world class players."

A stretch? A reach? The numbers suggest otherwise. But such self-reinforcement shouldn't be required for a player coming off two seasons of growth as Lukaku has experienced.

Chelsea, you fancy, know this. And it's why their £98m man has been treated like no other signing. But even with all this "love", as Mourinho has stated, will the fitter, leaner and wiser version of Romelu Lukaku have enough to silence those past English critics...?